Spent the weekend at Sarah’s uncle Pete and Aunty Chris, at Maldon in Essex. Have been looking forward to this for years. Pete runs a business which specialises in building rally and Pykes Peak cars. Pete also built all of the late Colin McCrae’s world rally cars.

Current build, from the ground up, is a Sierra Cosworth being built to 1983 specs for historic touring cars. Total cost, around £300,000. 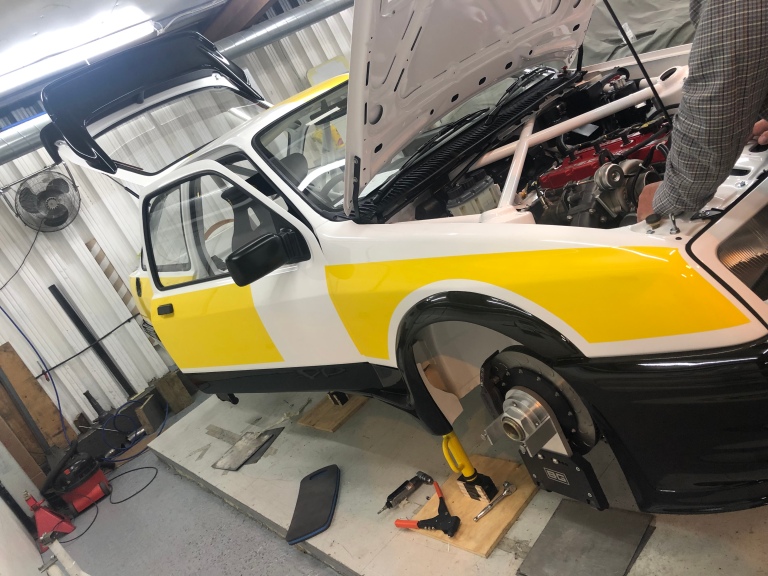 Another in the livery, The Ken Block Sierra. Whole car is wrapped in lasting. Pete says that the position, size and orientation of each sponsors logo has to be millimetre perfect to get the best camera angle. 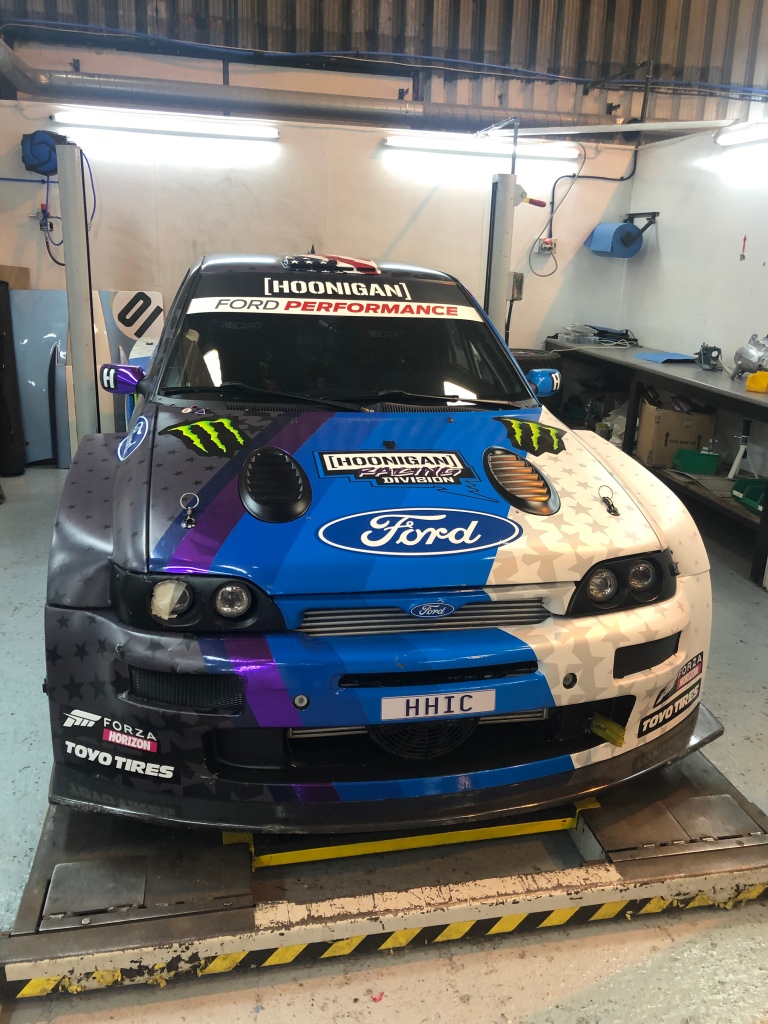 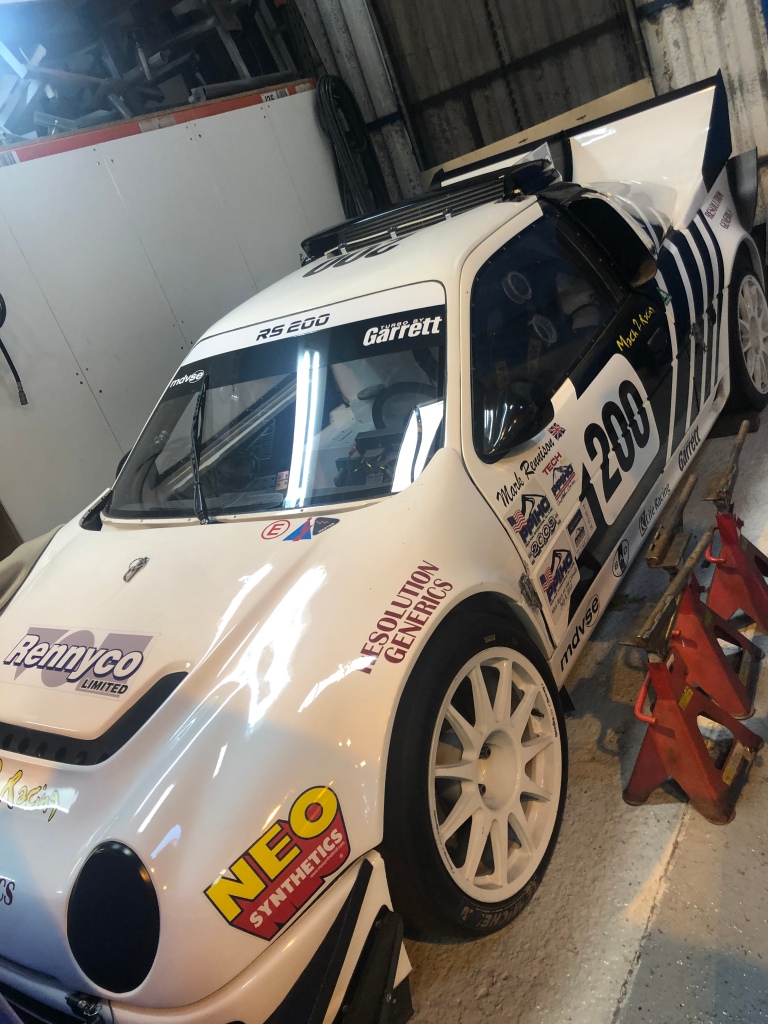 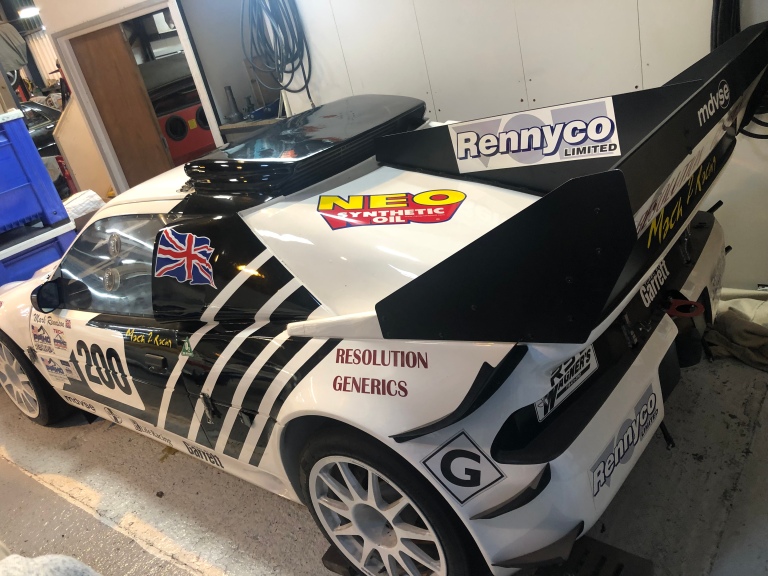 Would need to know what you were doing. 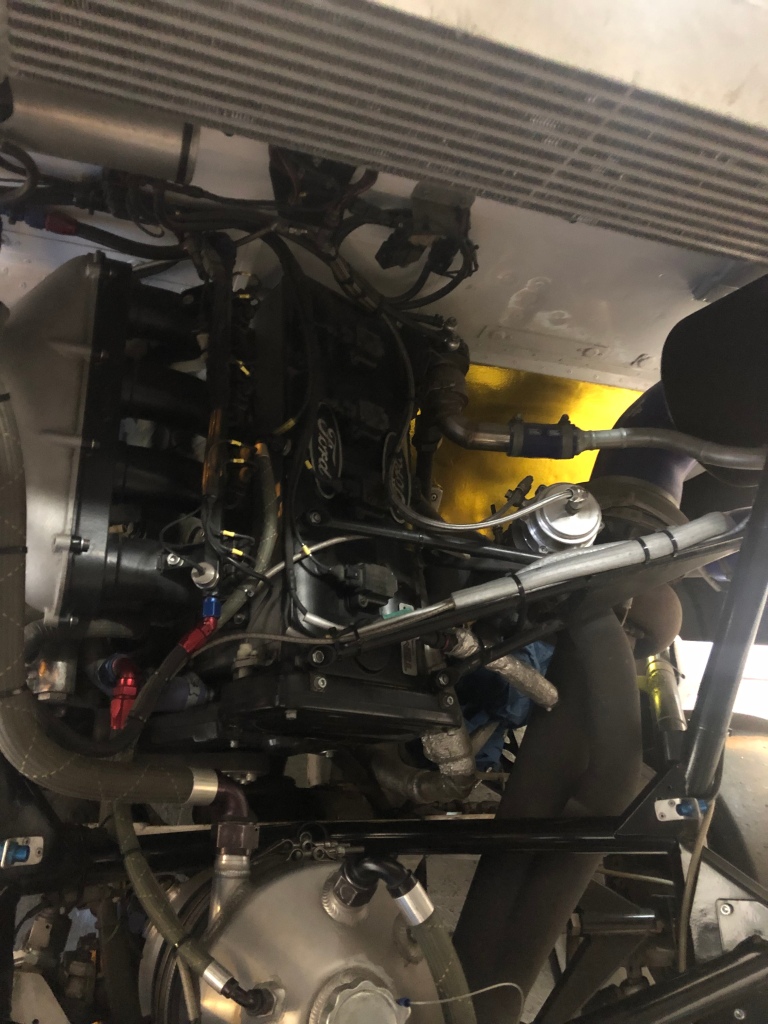 Would it fit in the Sprite?

Not so modern, a 1954 Lagonda, used by Fangio as his daily drive. 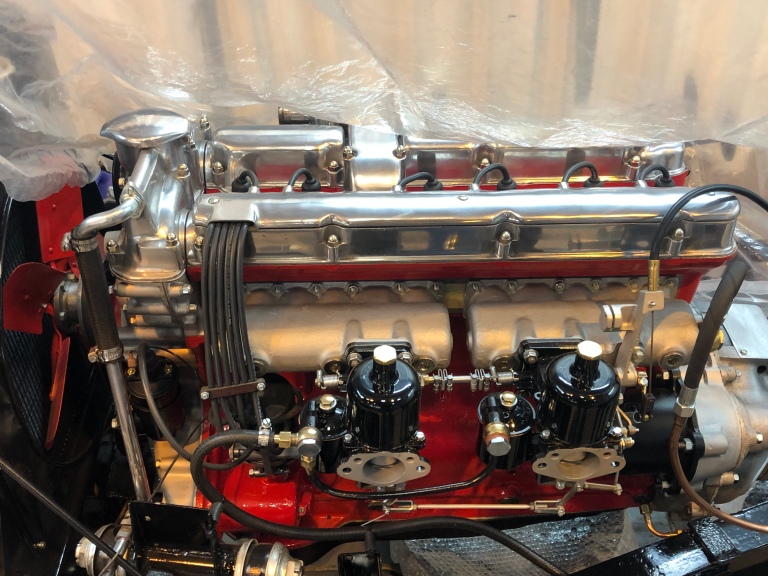 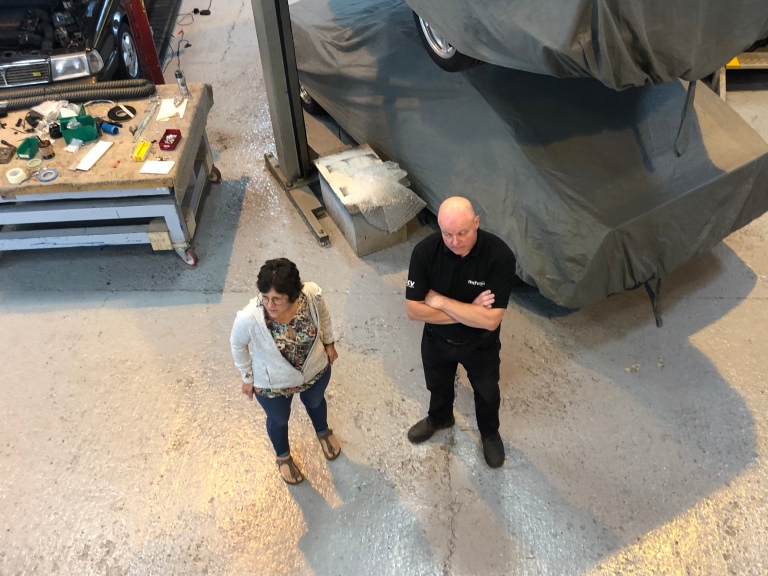 What an amazing experience. So lucky to be able to visit.

Sunday we went for a ride on the black water

Sarah standing by photos of her great and grand fathers. The persons nearest Sarah I each photo. 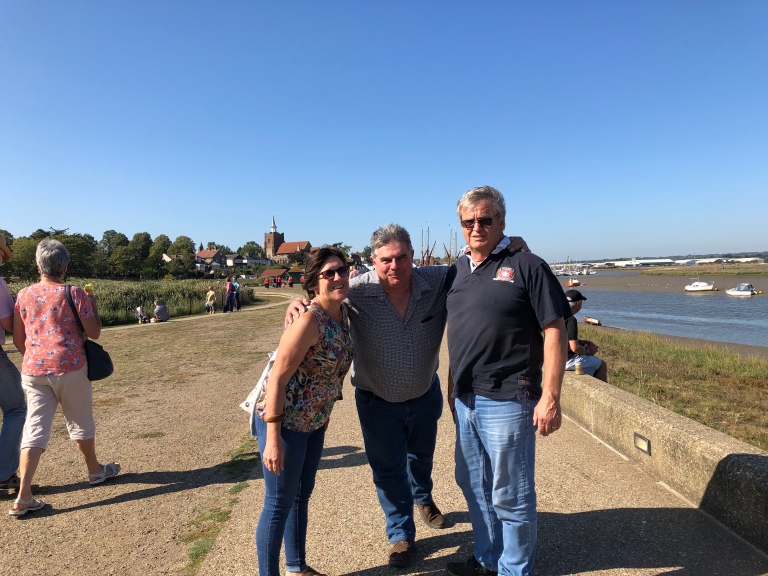 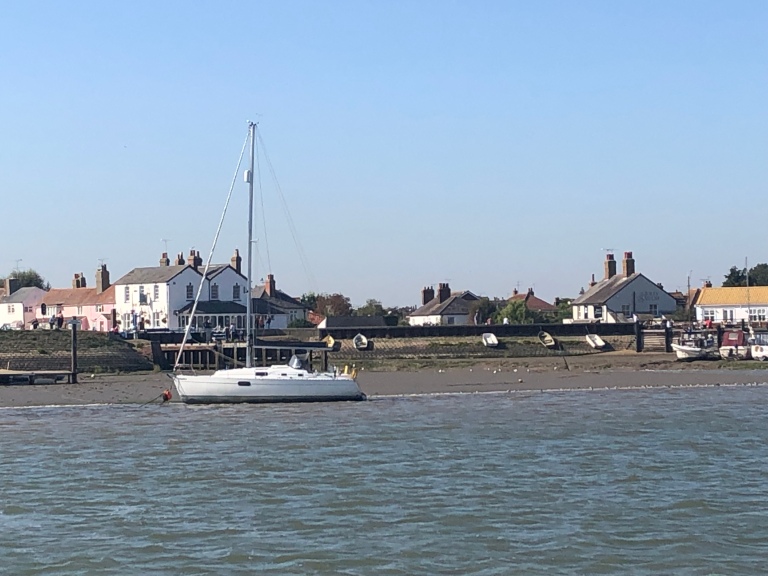 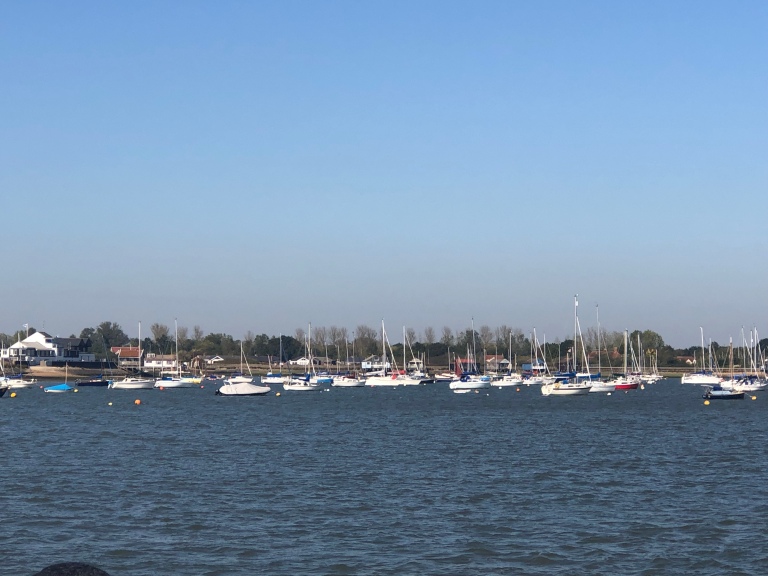 Disused Bradwell-on-Sea nuclear power station. Will take till 2086 at least to decommission. 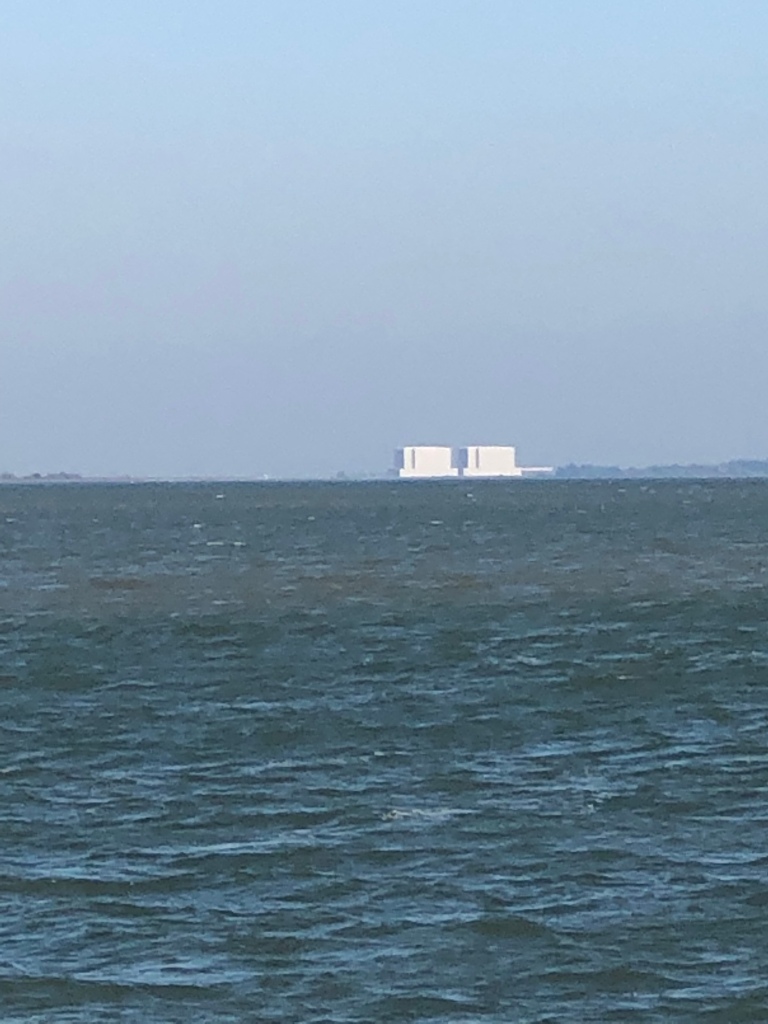 Long step to the water. 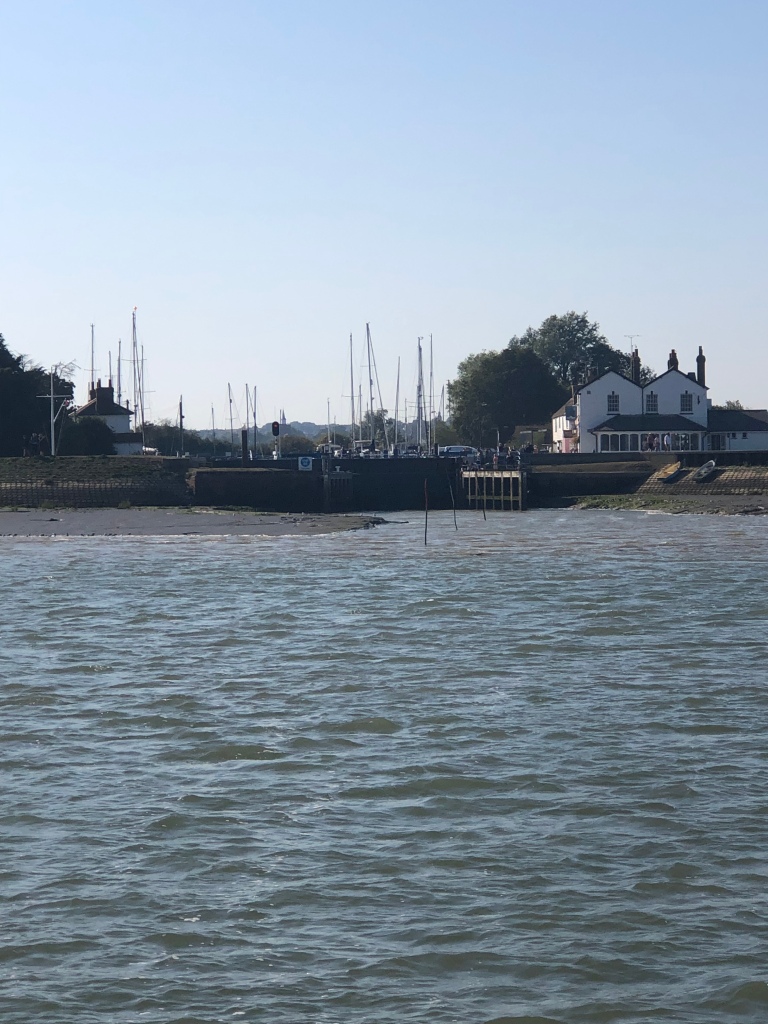 Going up the channel.

Now this is what to do with a mobility scooter. 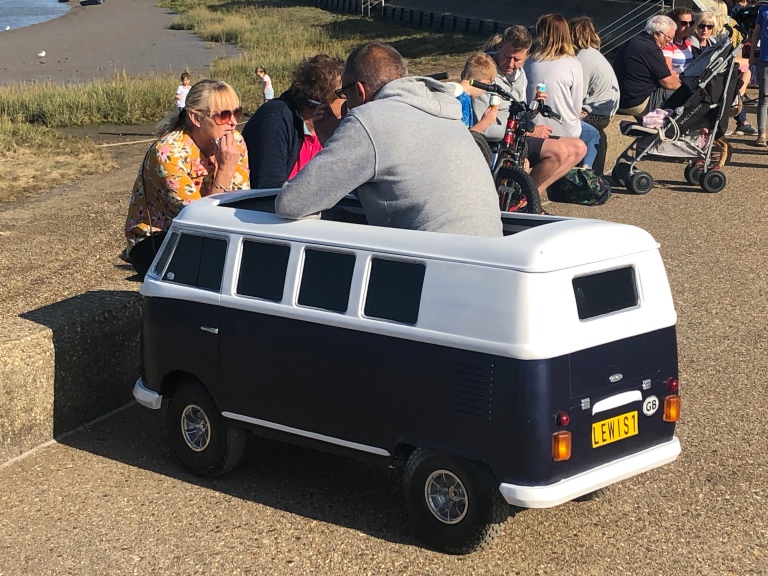 These are in a back yard. 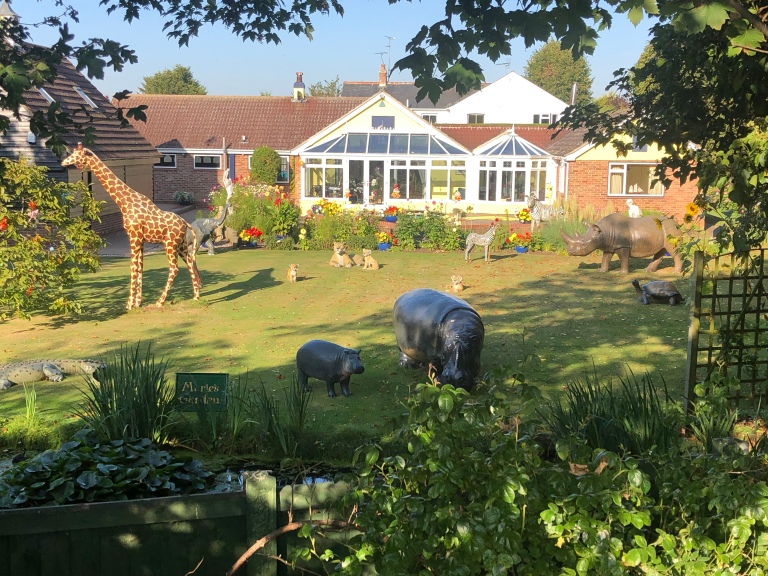 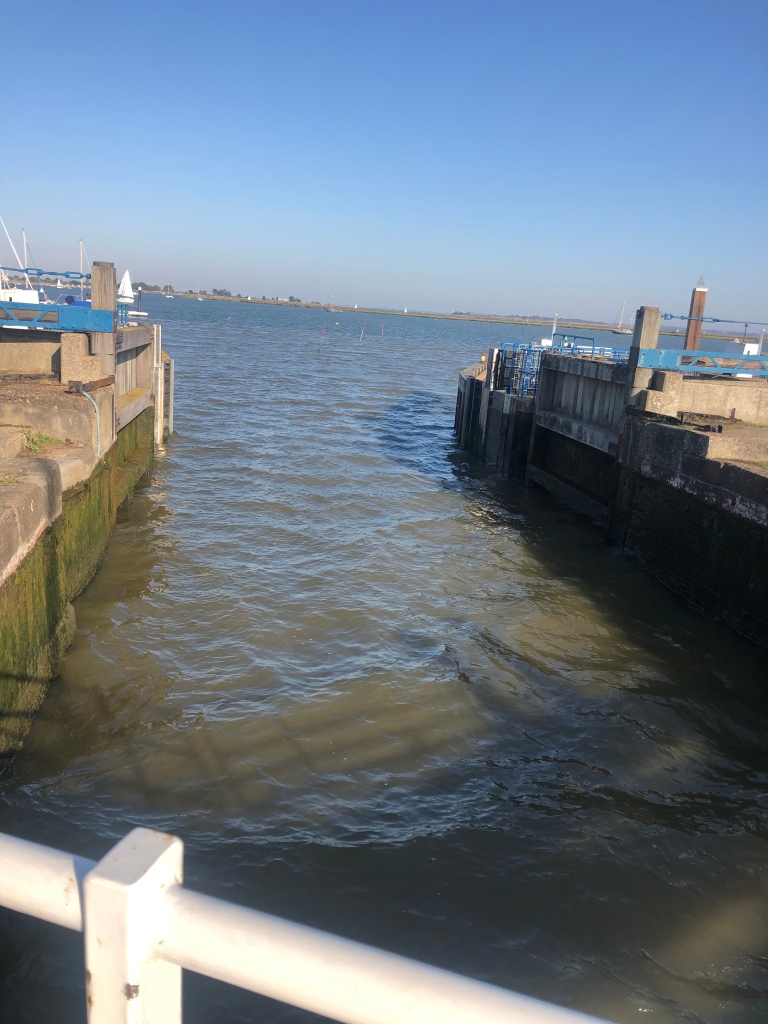 Yacht waiting to be lowered to sea level. 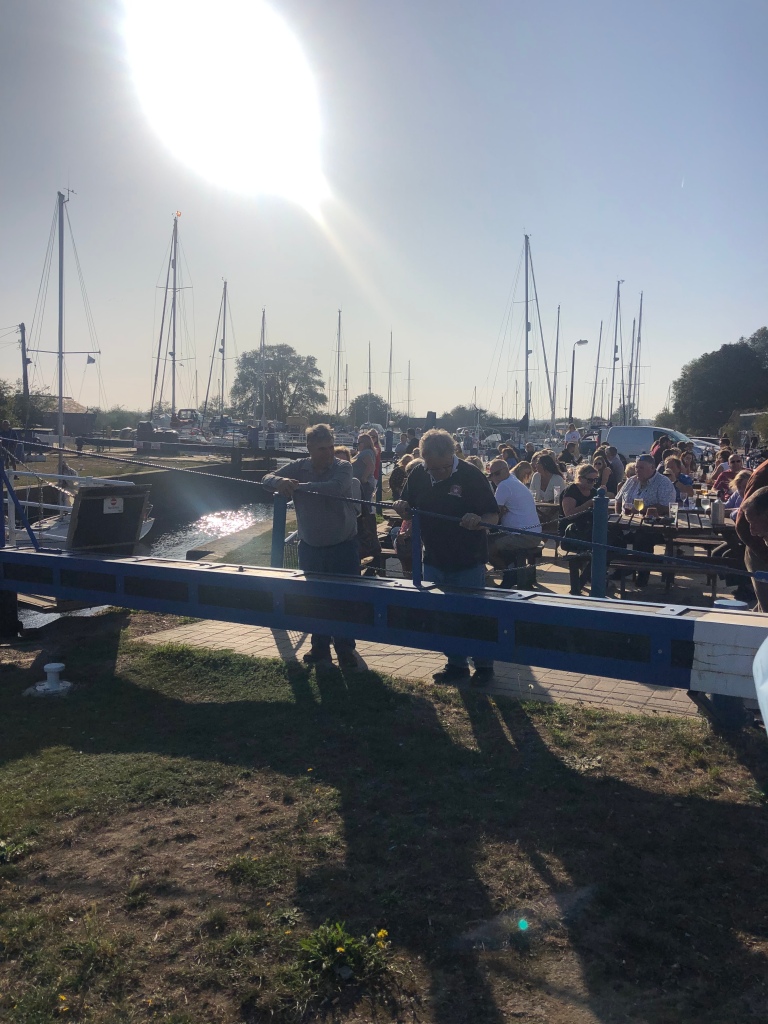 Local at the Loch. Great ales. 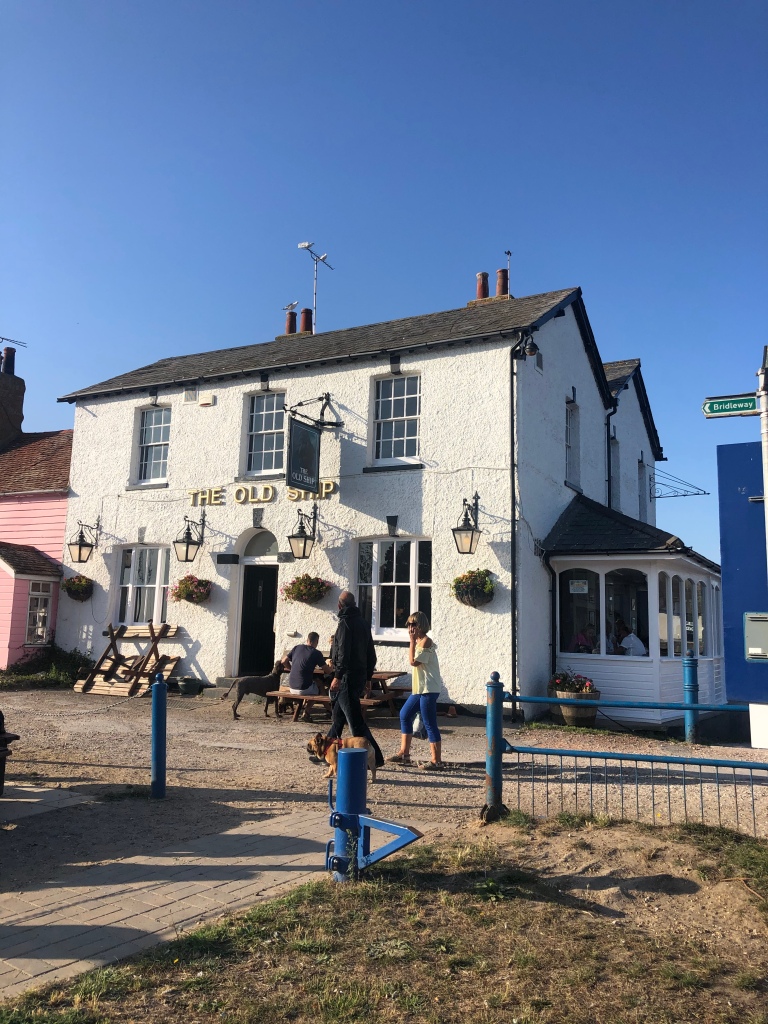 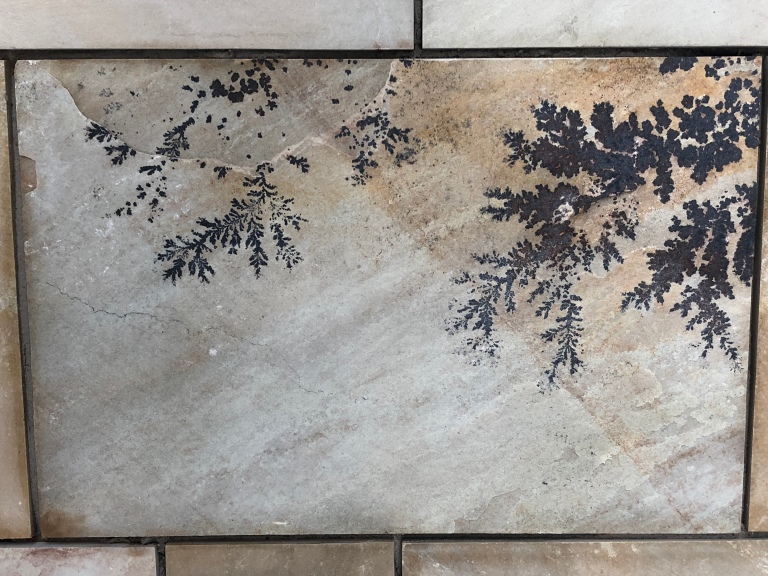 Visited the Temple Barns at Cressing, which were built by the Knights Templar’s around 1200. 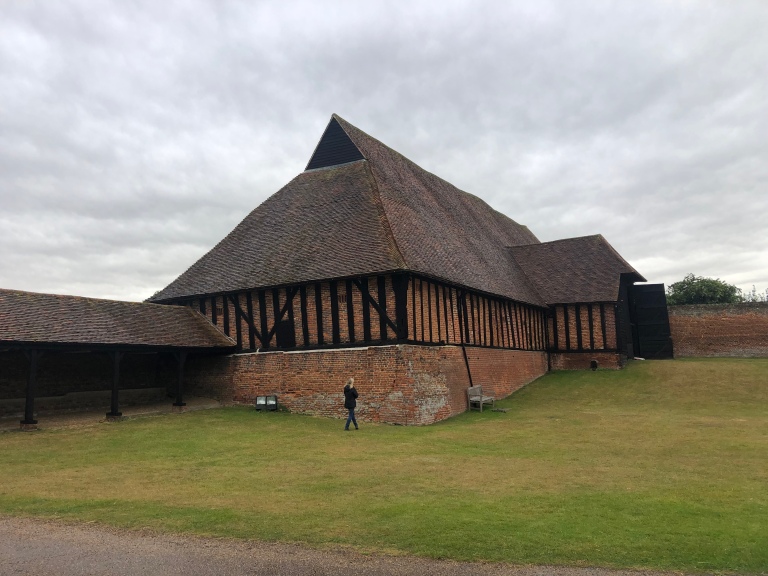 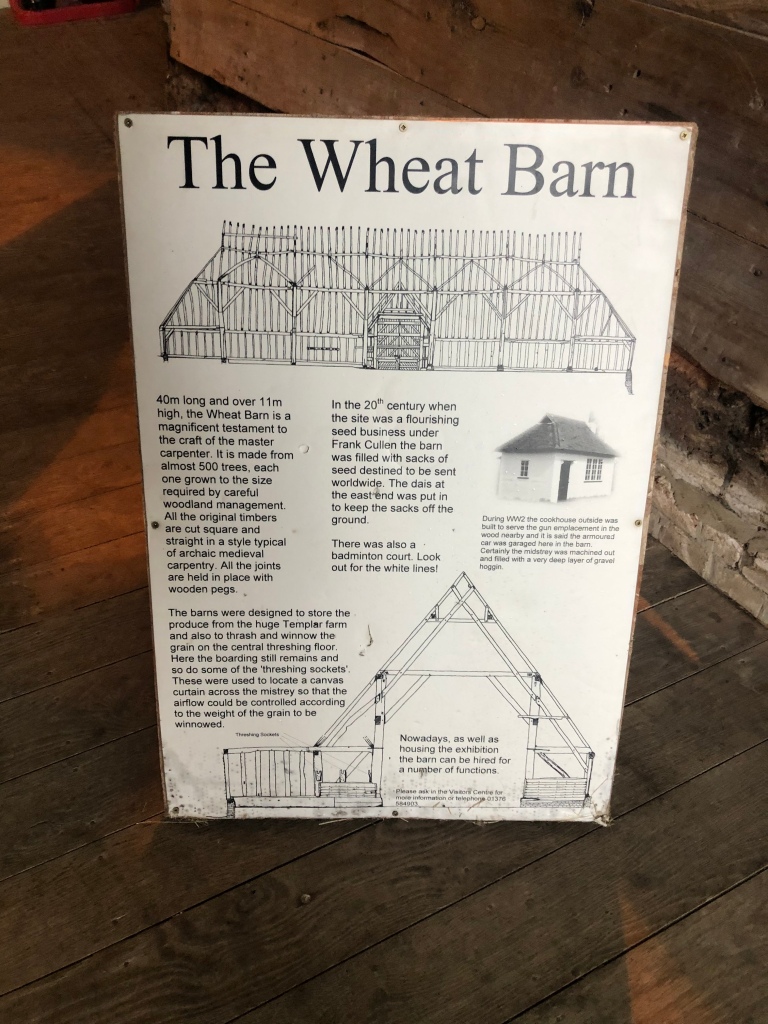 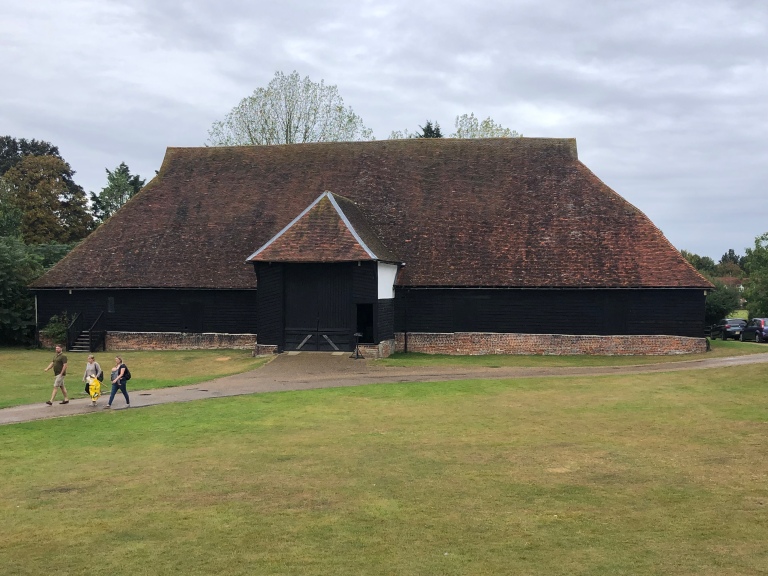 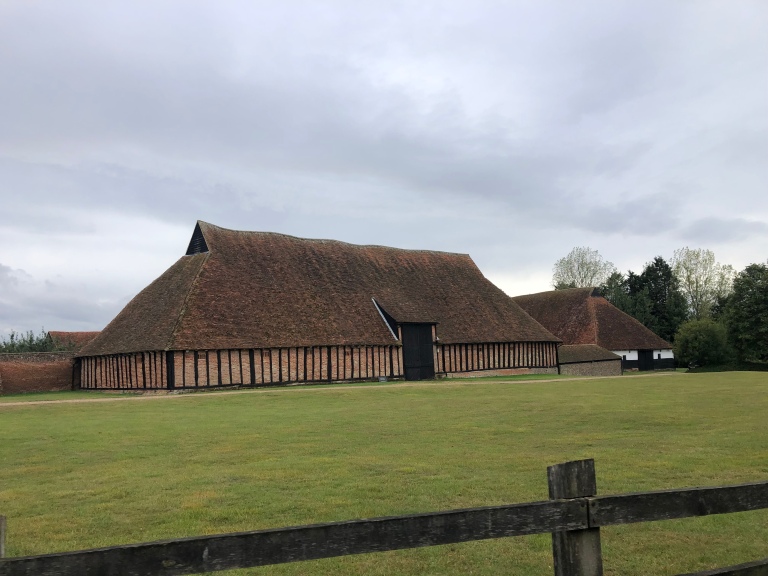 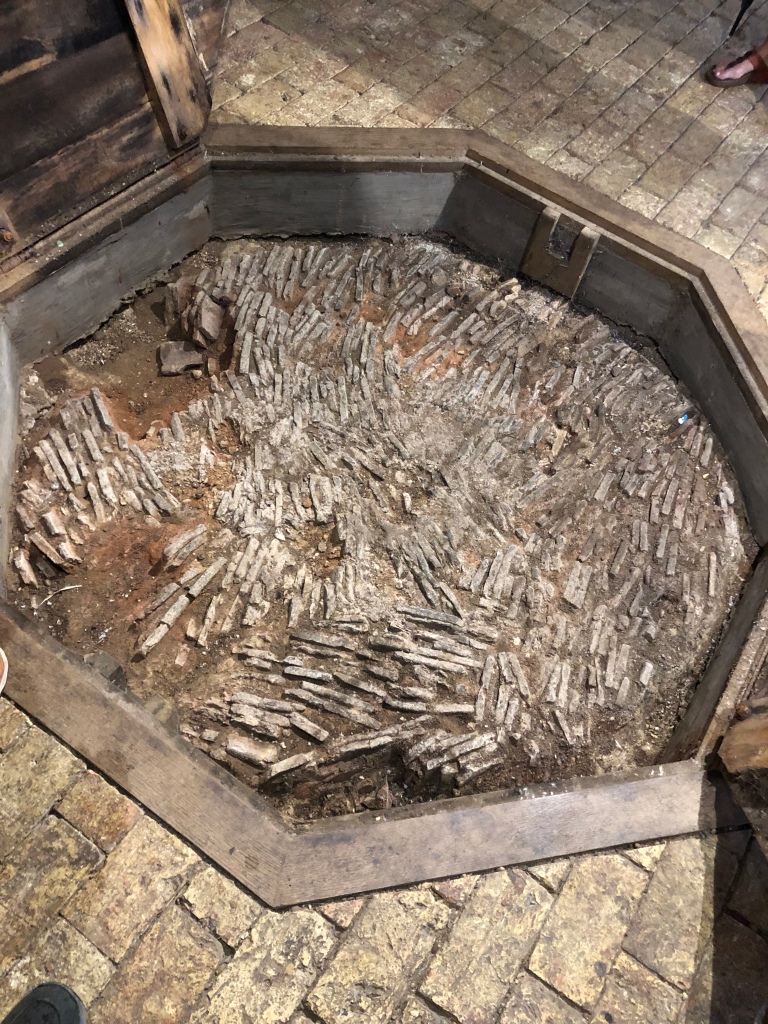 Massive and beautiful workmanship inside.

As it once was, now it must be. Why change nature? 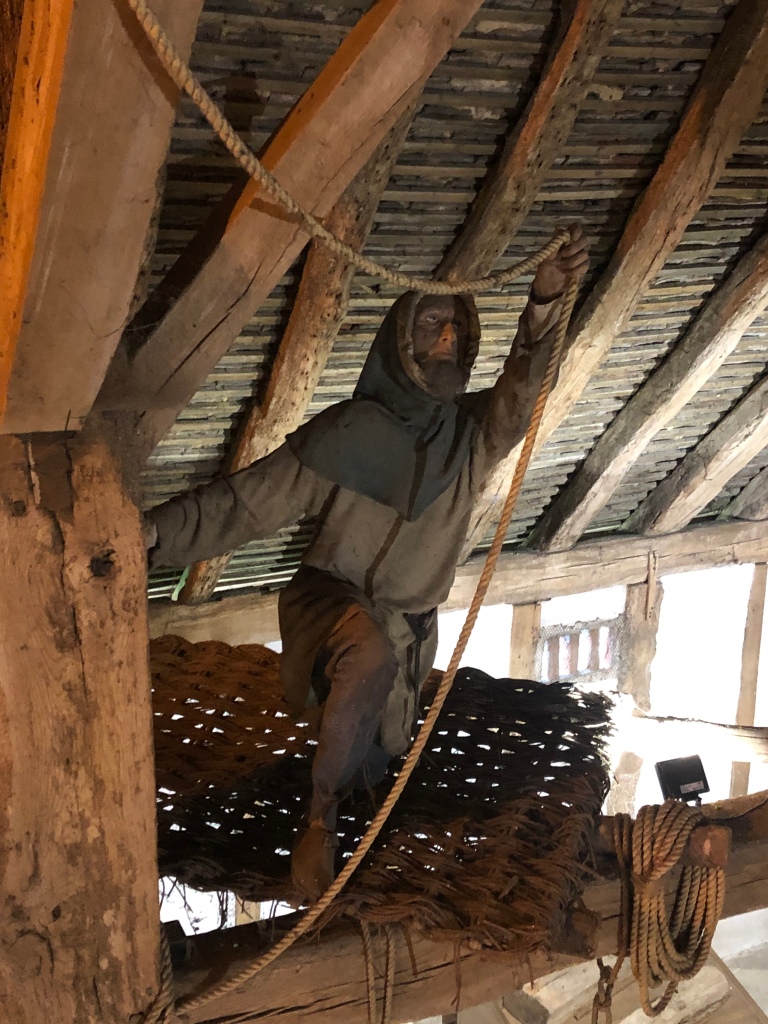 Interesting abutment on the garden wall. 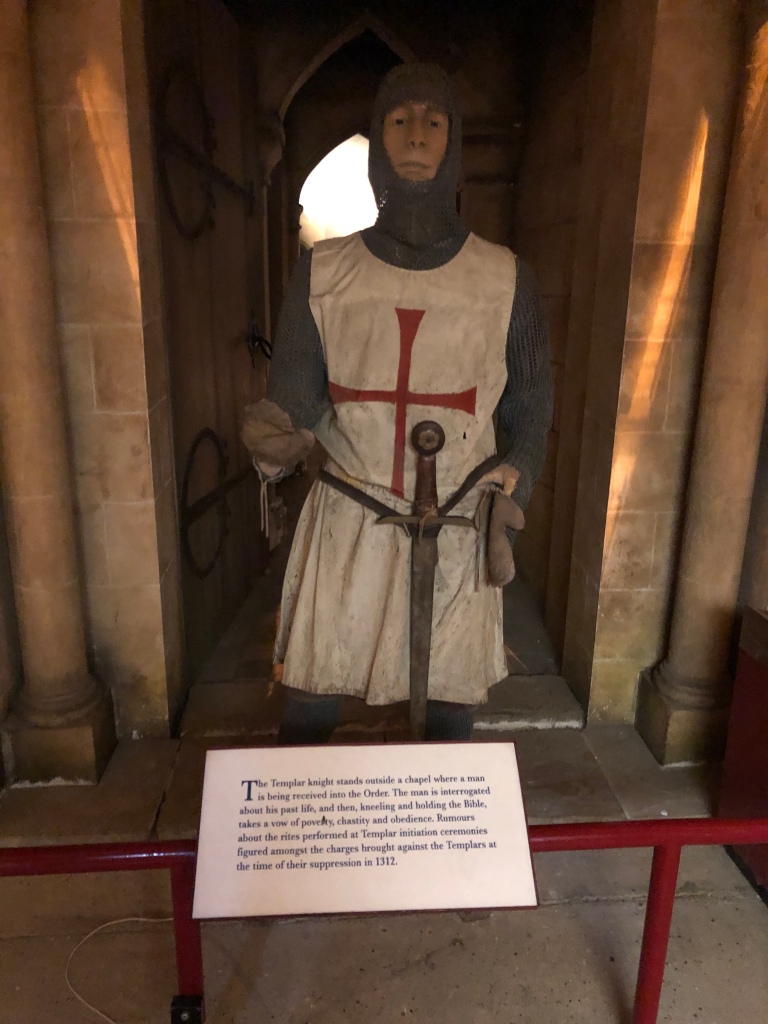 The principles of the construction. Basic geometry. Draw a circle, divide the circumference by six, parallel lines through the squares and there you have it.

In the carpenters shop.

Inside the walled garden. 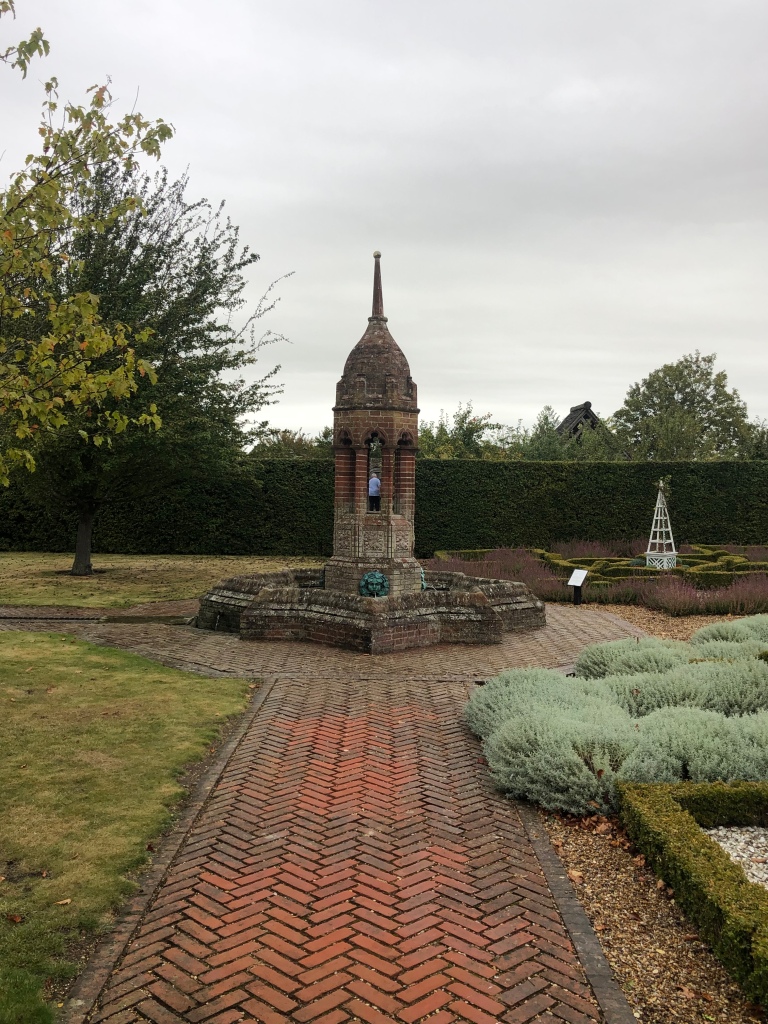 Patience is a virtue. 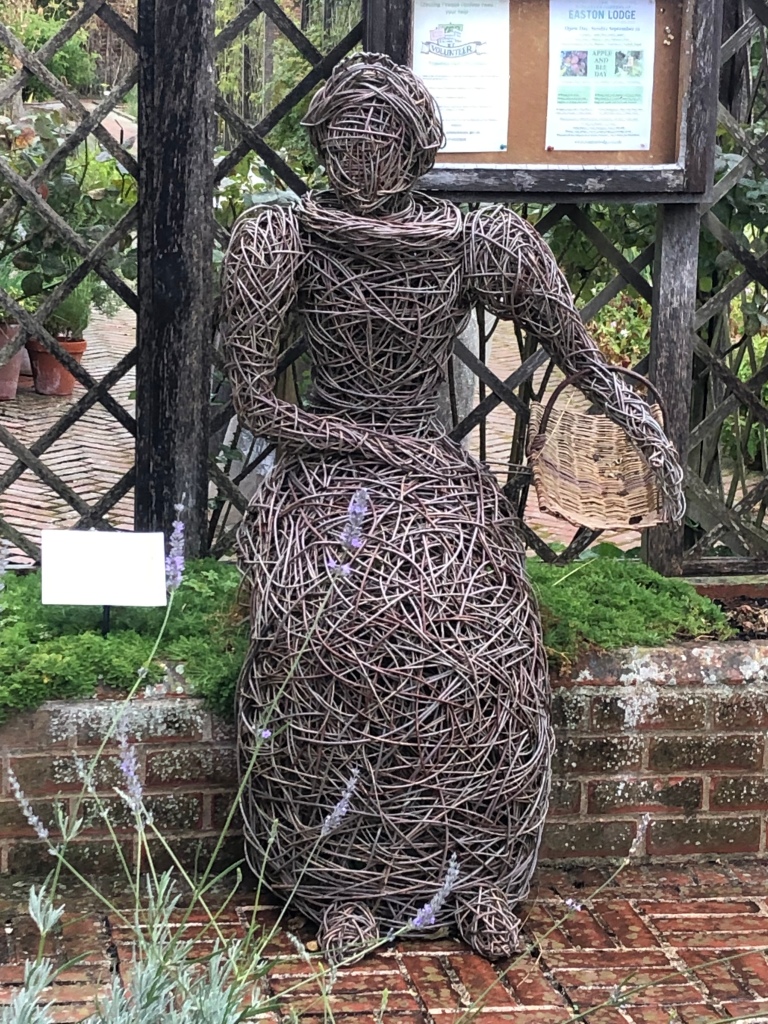 Great weekend, said our farewells and headed back to Nettleton.