Arrived back in Aberdeen, passing a group of wind generators on the way up the estuary.

Off the ferry and we headed for the Culloden battlefields. This guy was holding guard over the owners van.

Wandered through the museum where no photos can be taken.

Then headed out to walk around the battlefield. 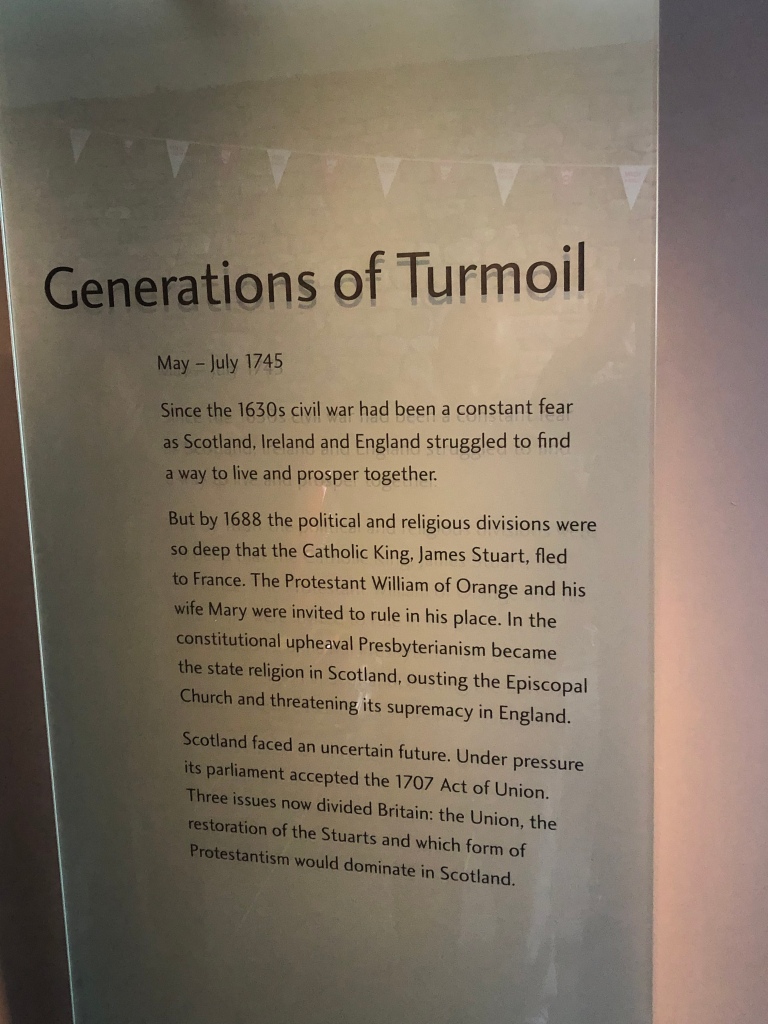 The line of red flags indicate where the English lines were formed up. 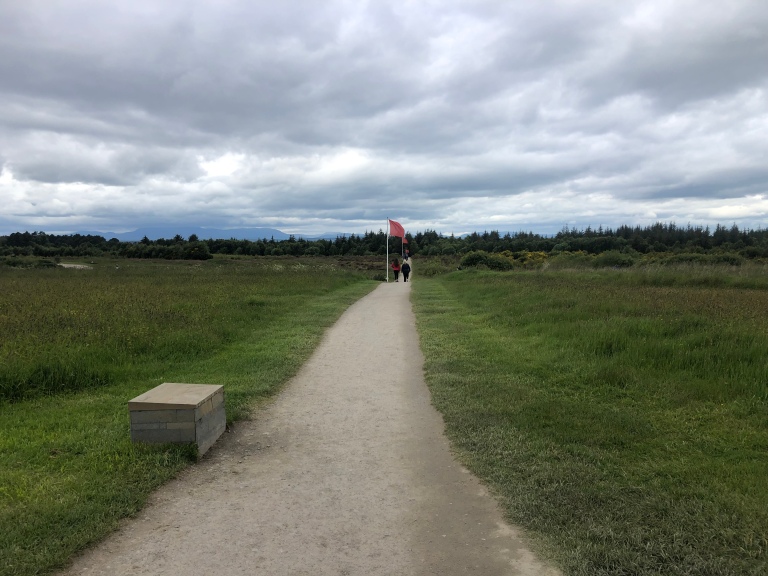 The blue flags indicate where the Jacobites were formed up. About 400 metres apart. The result was a tragic result for the Jacobites. Over 700 lost their lives in a matter of minutes.

These stones mark the graves of the clansmen who died. 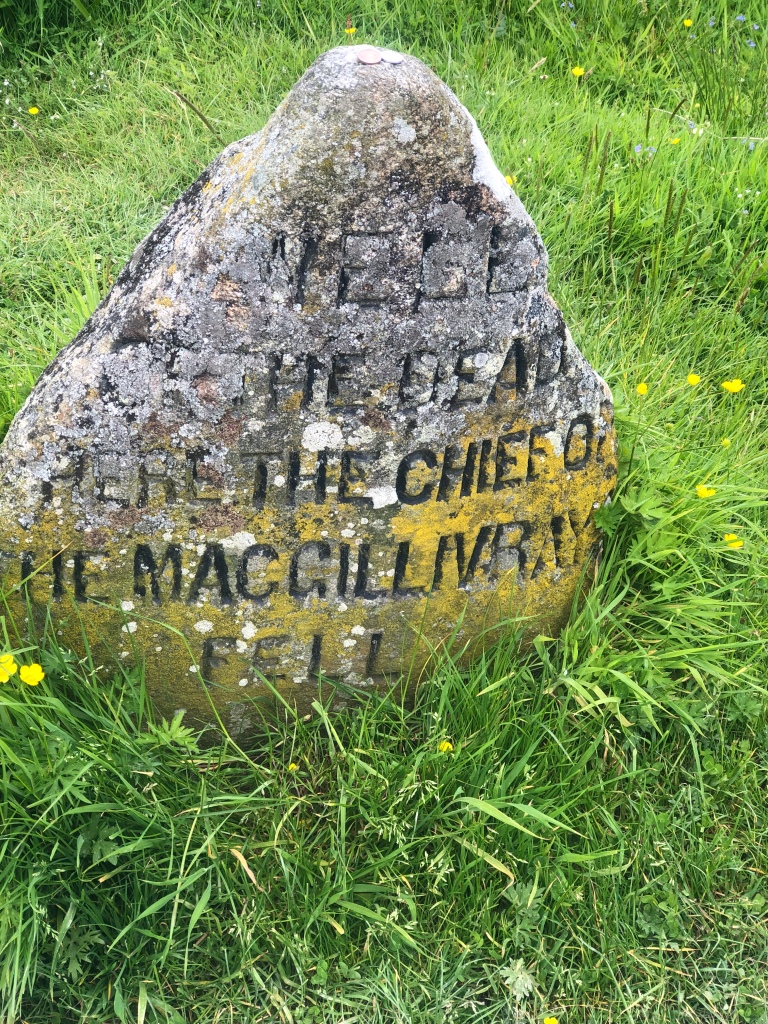 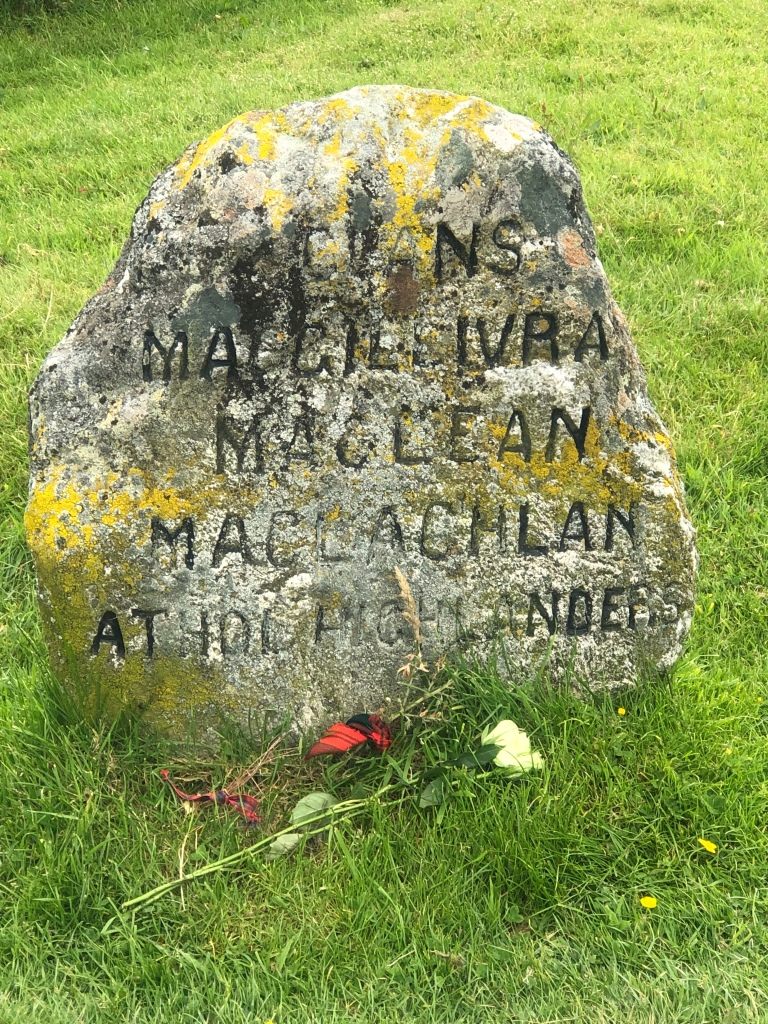 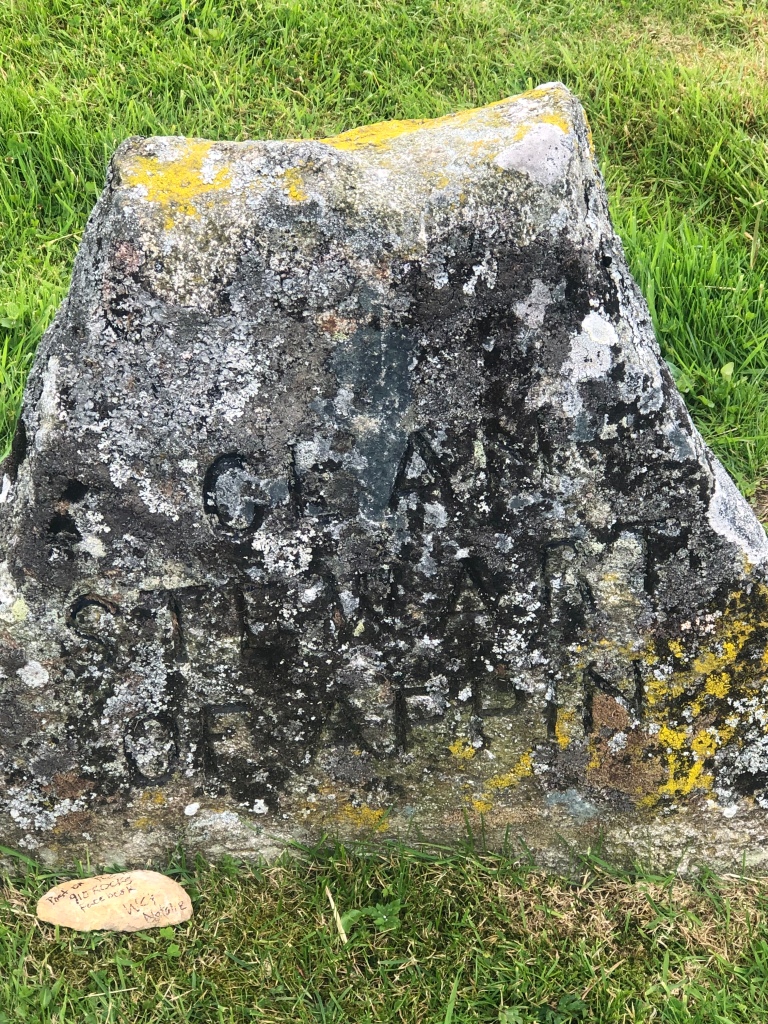 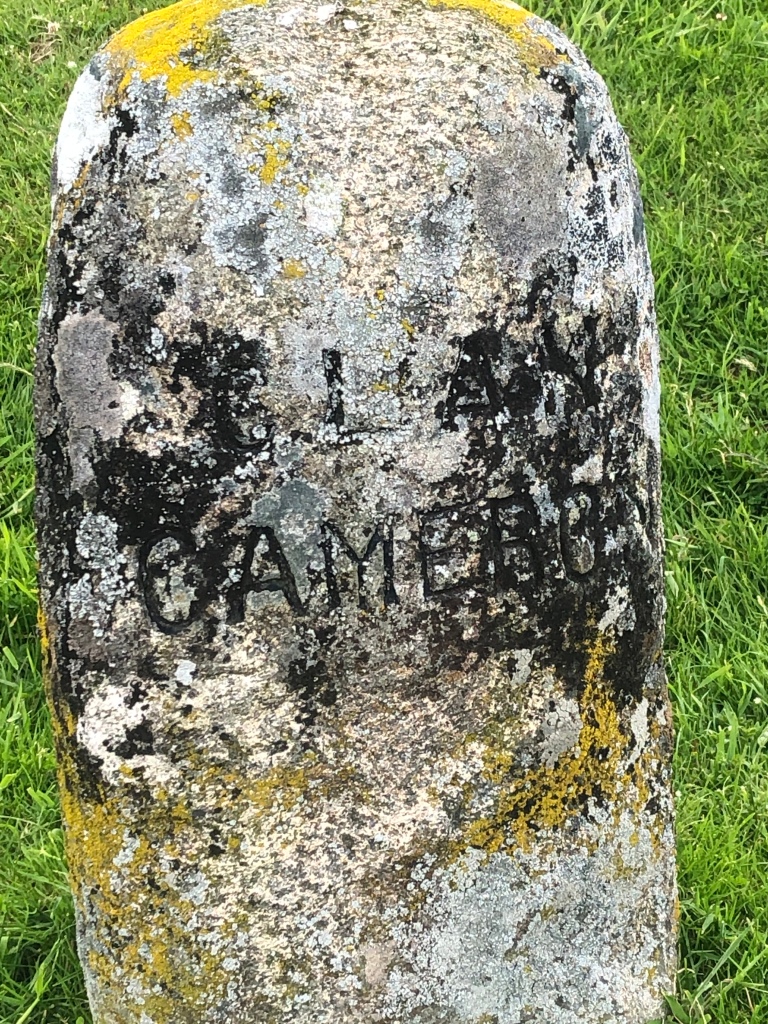 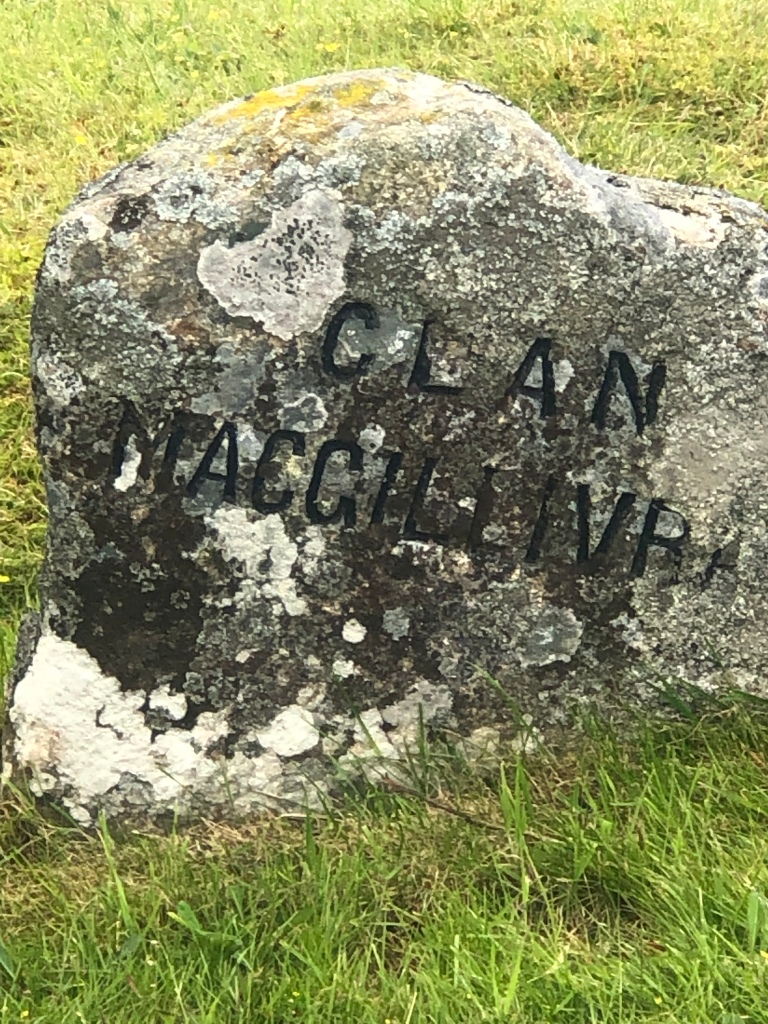 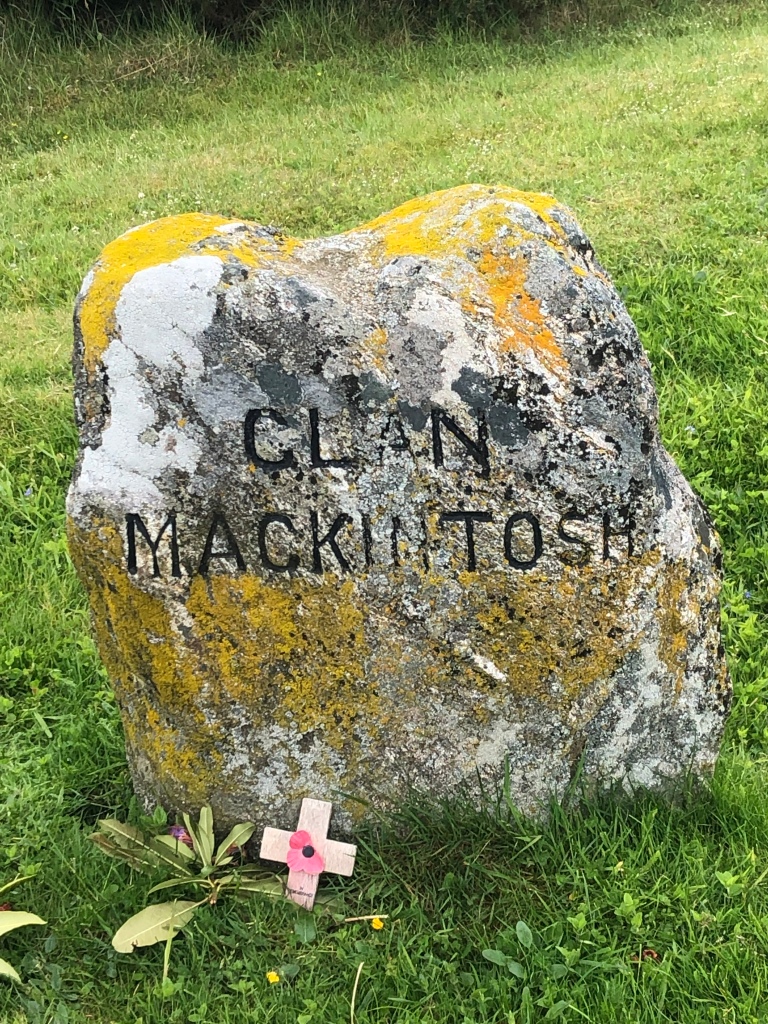 Stone cairn in the centre of the battlefield marks where it finished. 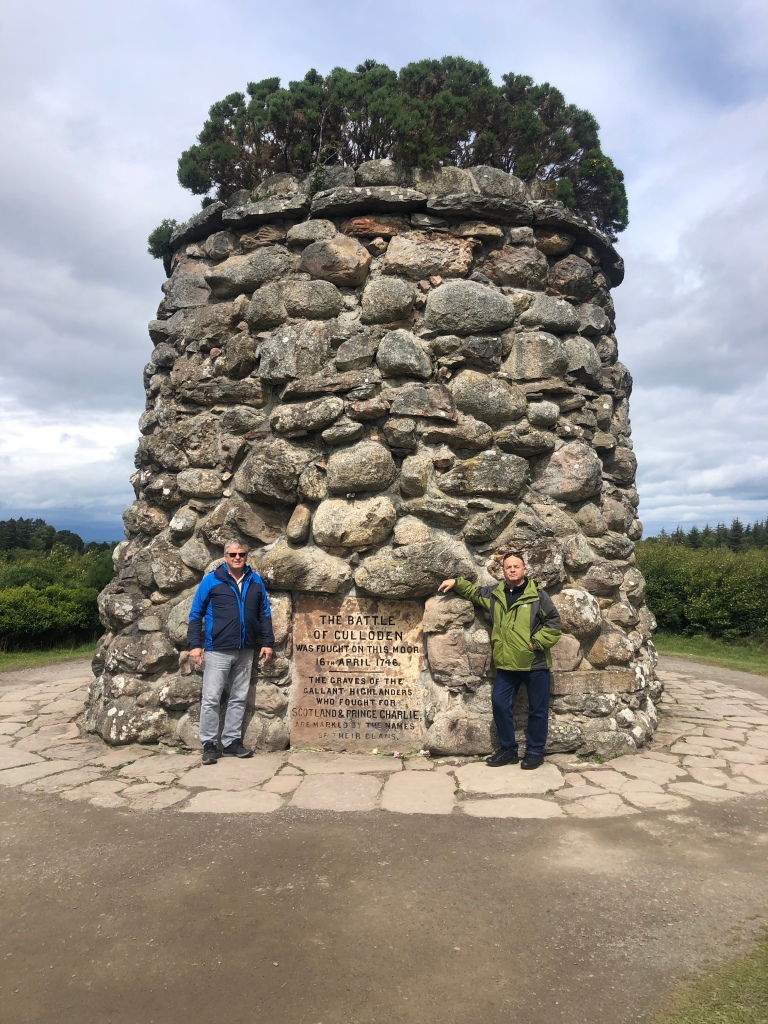 Stone marker for the English.

The only building remaining on the battlefield. They now have a battle with developers who want to turn it into a housing estate. 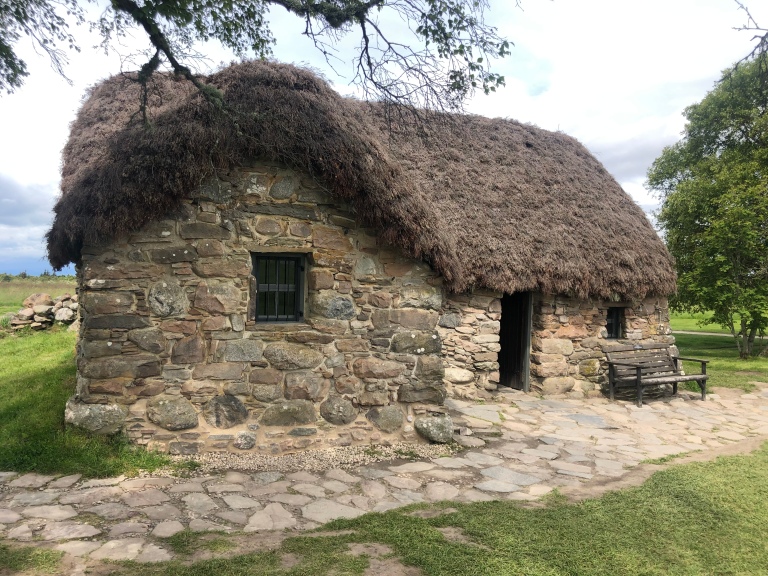 Leaving the battlefield we forged on towards Fort William. Passed these highland coos, that how they say it, on the way. 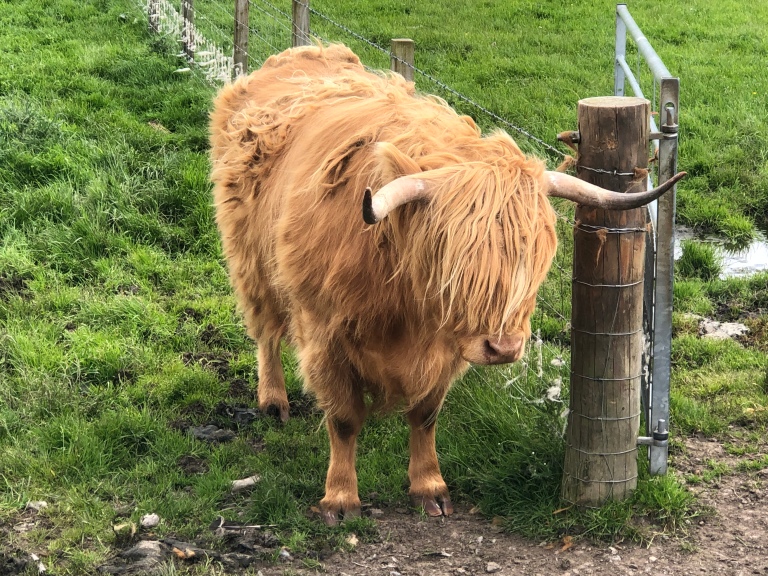 Stopped off at Ben Nevis, the highest mountain in the UK at around 4,400 metres, for a gondola ride to the top to catch the views down over Fort William.

These nut cases were mountain biking down the slopes of Ben Nevis.

That done we headed to the camp ground after a long day in the saddle and off to the local nearby for dinner.

One thought on “ROAD TO FORT WILLIAM”