Off to visit the castle we walked past last night. Interesting that I am currently reading Ken Folletts, A Column of Fire, and many of the castles we are visiting are mentioned in the book. Mary Queen of Scots was housed here for a time. Fascinating.

Huntly Castle, with elaborate heraldry, carved fireplaces and refined decor, this palatial residence was a declaration of power and wealth of the noble Gordon family. It stands on the site of a motte and bailey castle built in about 1190AD.

There were many royal visits, although in 2594, Charles Vl had part of the tower house blown up after suppressing a rebellion. 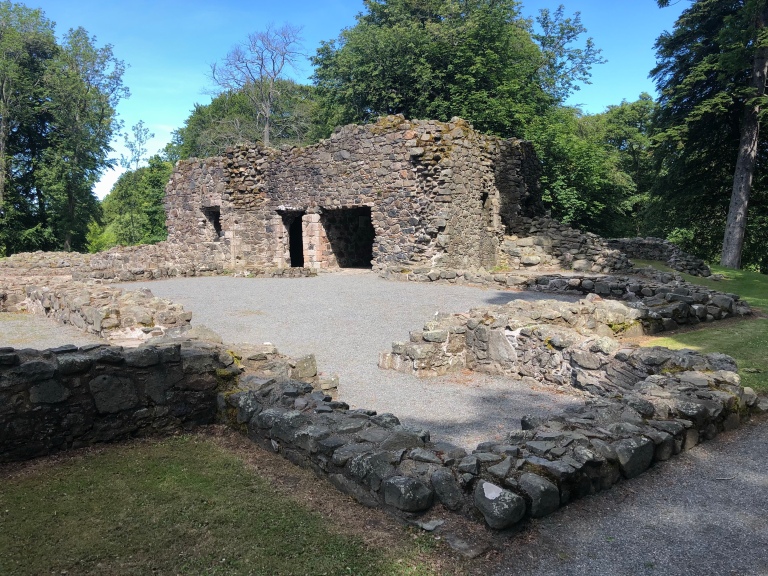 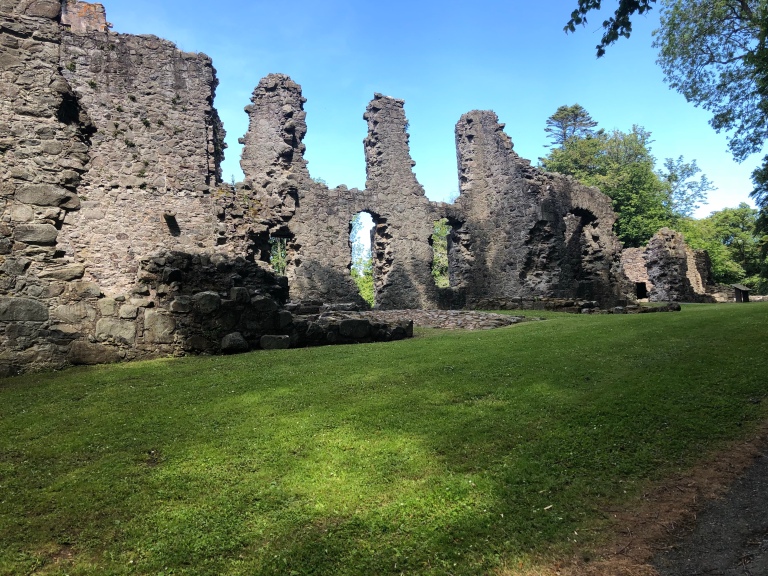 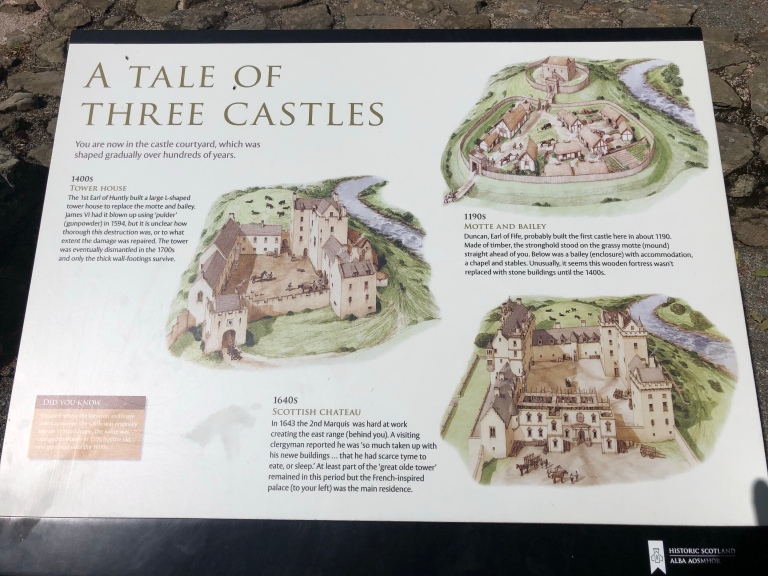 The brew house. Much weak beer was consumed in these times, as the water was usually polluted, but the beer was safe due to the heating processes involved. Never used that excuse. 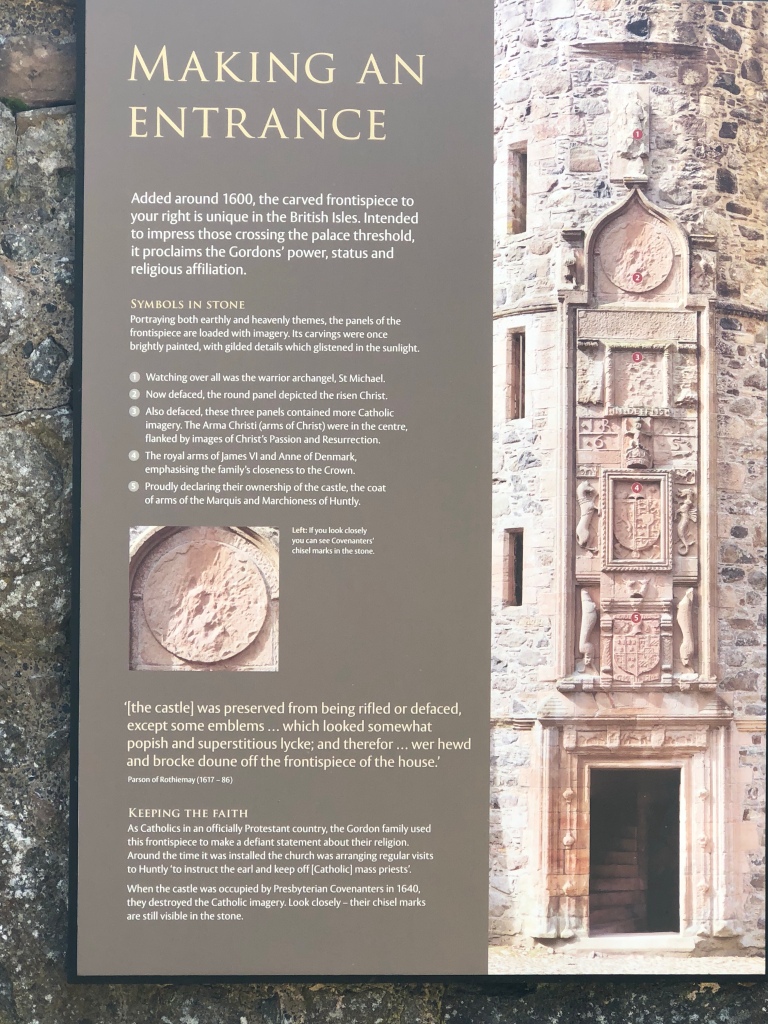 The stables which housed 10 horses. If you look closely at the floor pattern, you can see each stable. 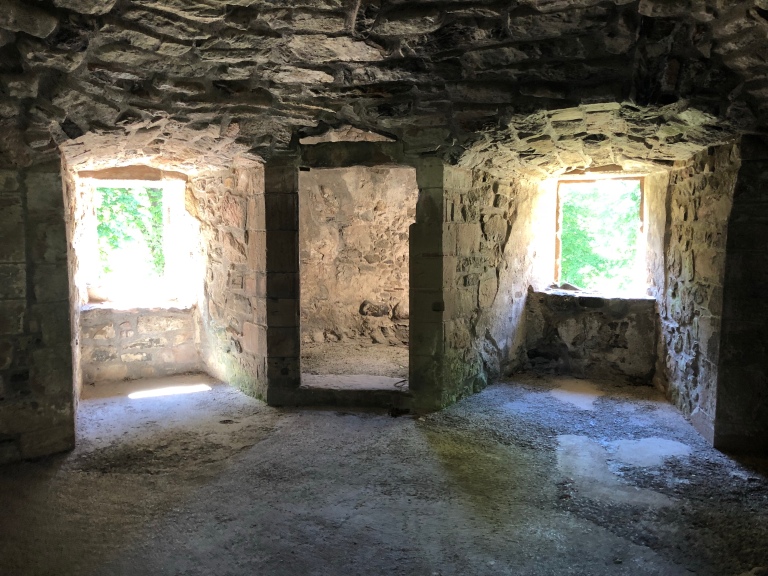 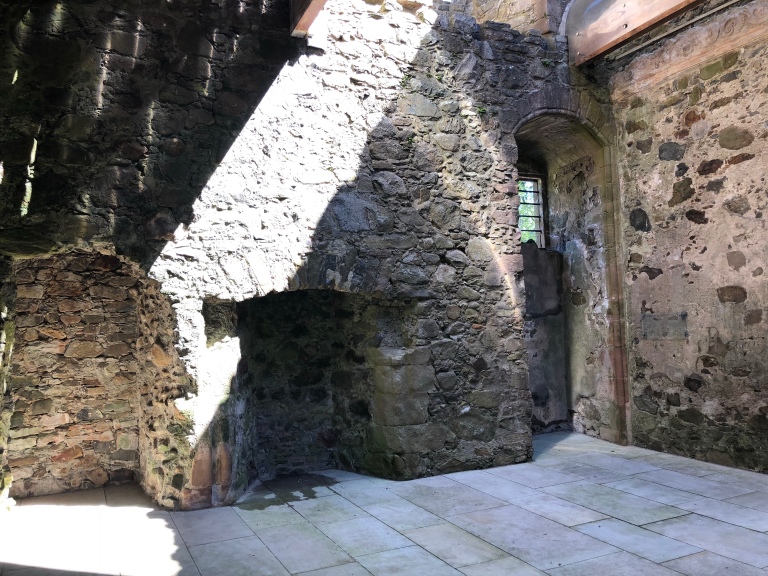 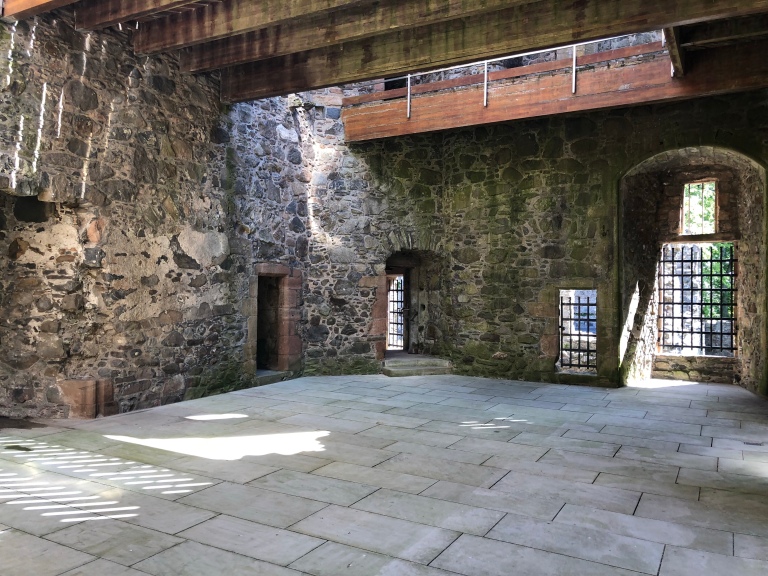 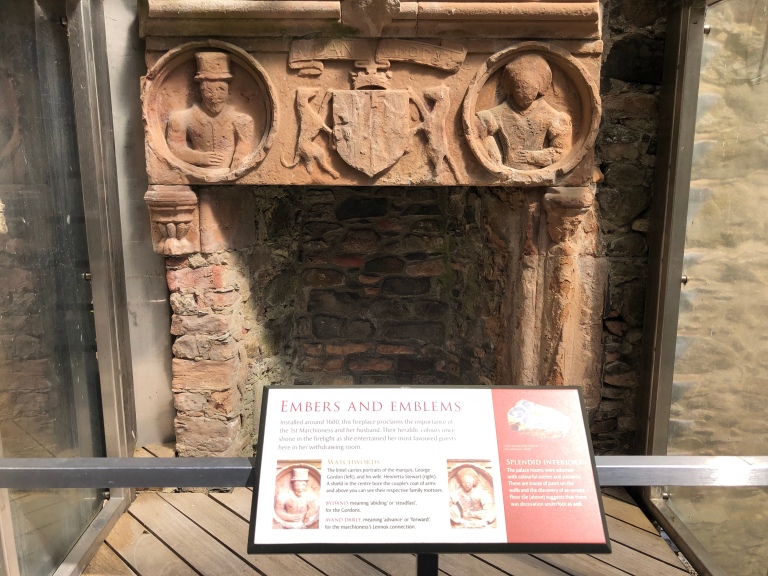 I can see clearly now. Views from the tower. 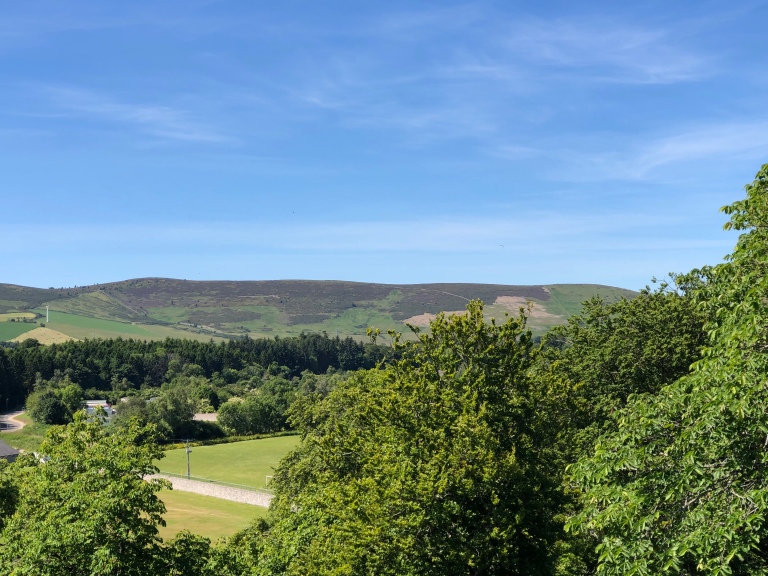 Mound where the original castle was built. 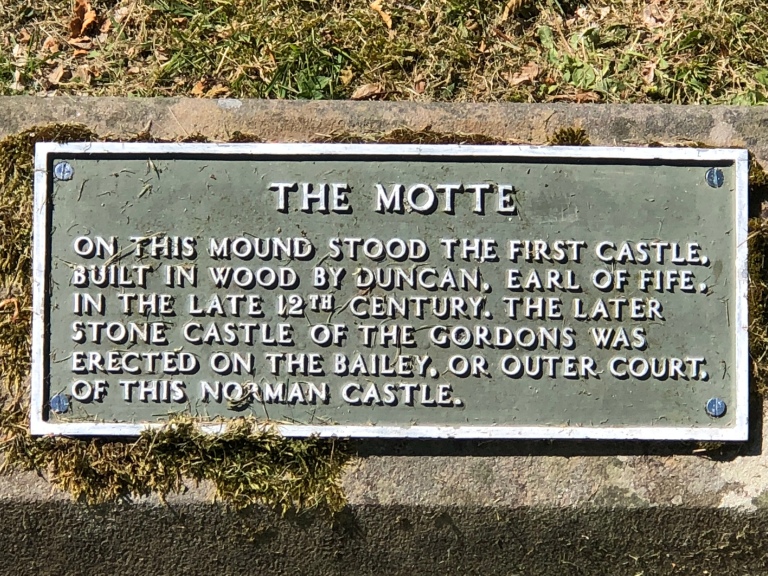 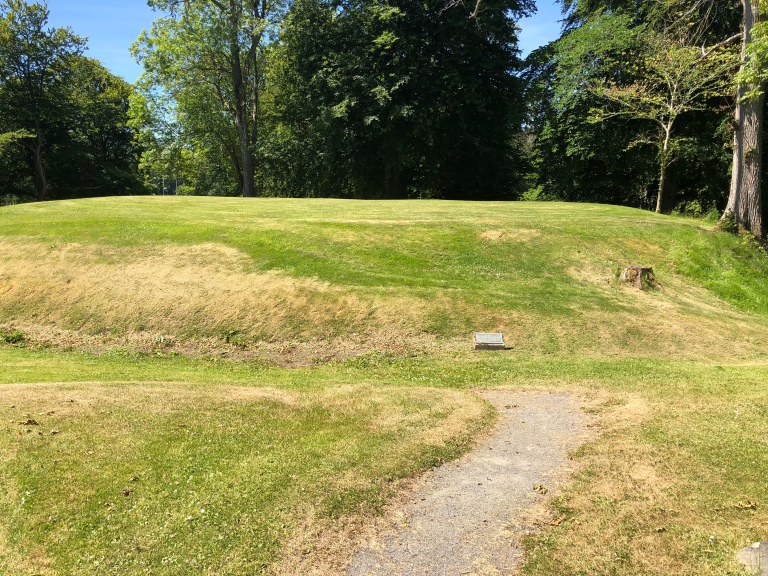 The remains of a medieval road. 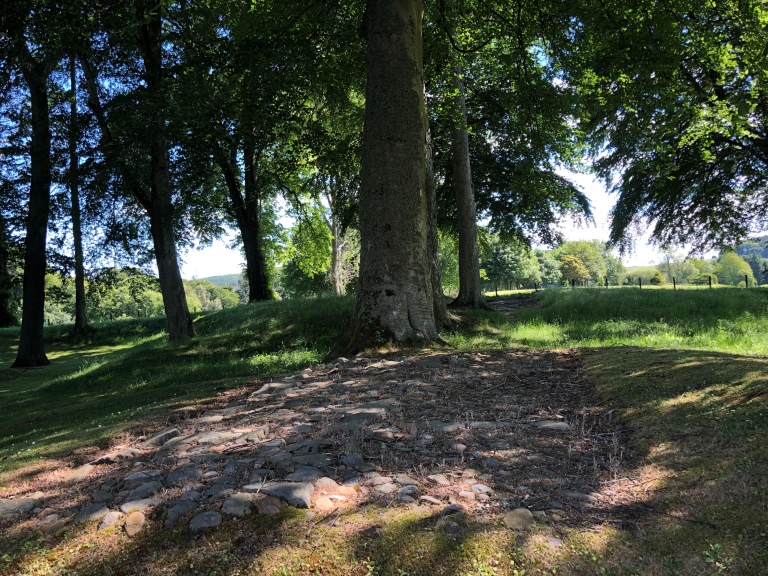 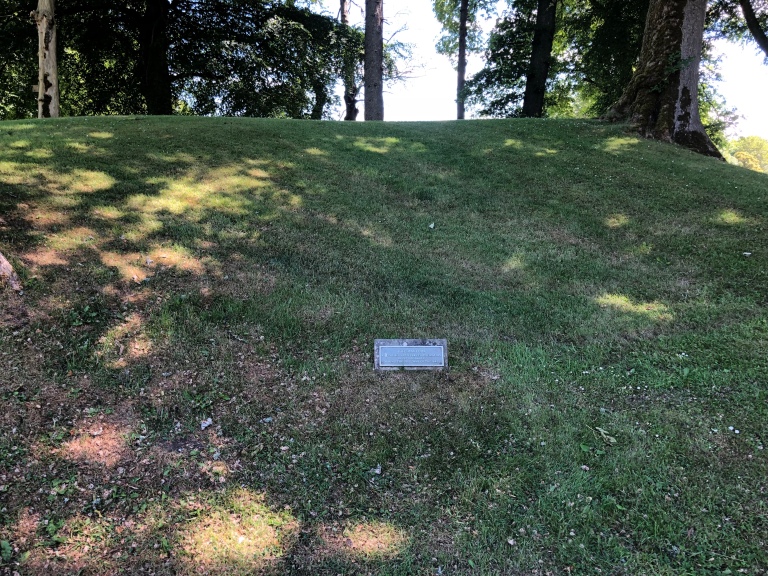 Pretty spectacular. On the road again, heading to Banff, not in Canada, to look at Duff House.

Shots along the way. 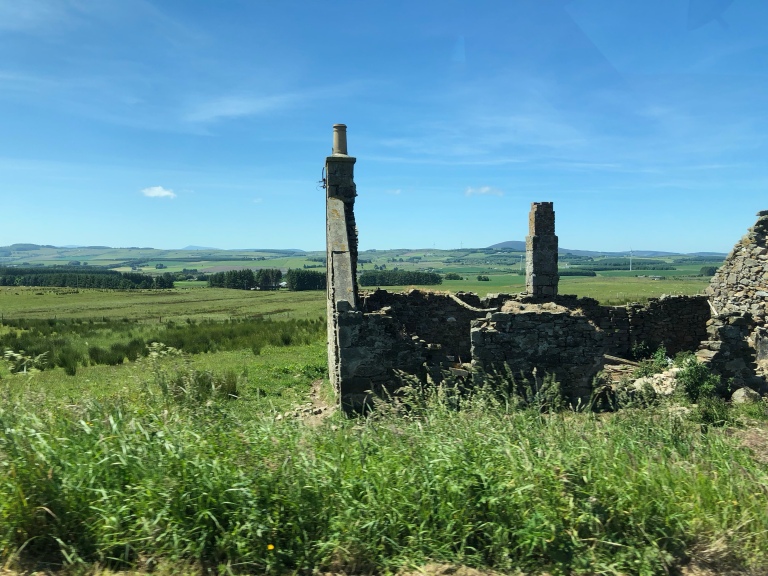 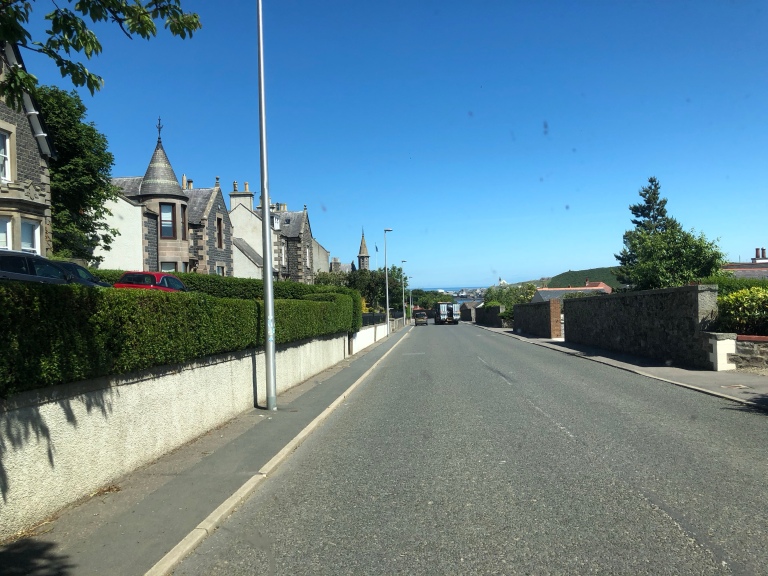 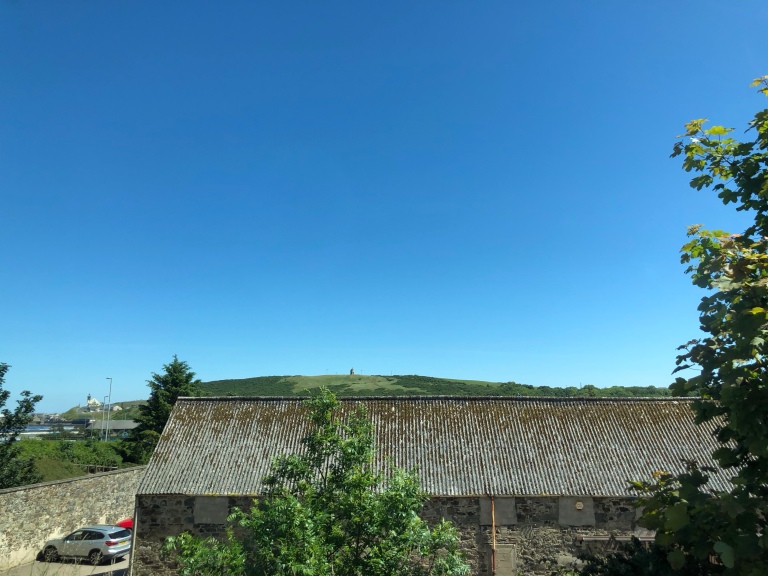 This Georgian mansion, designed by William Adam, now houses works from the National Gallery of Scotland. 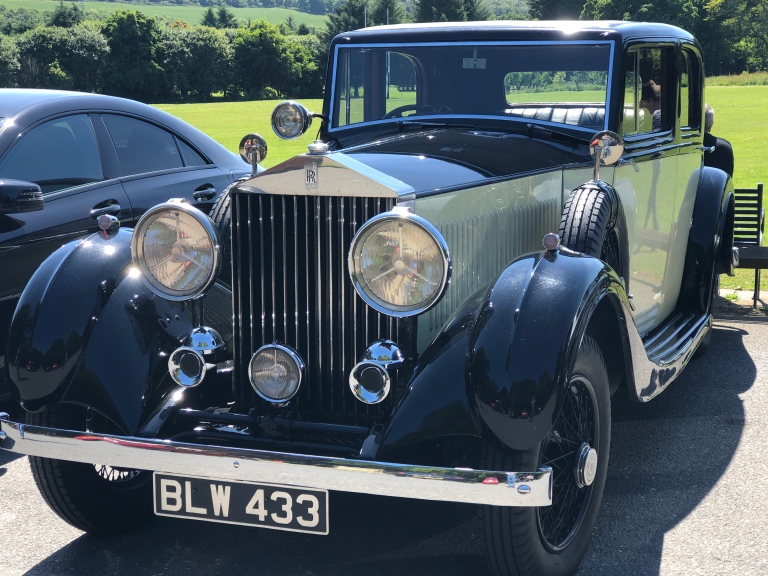 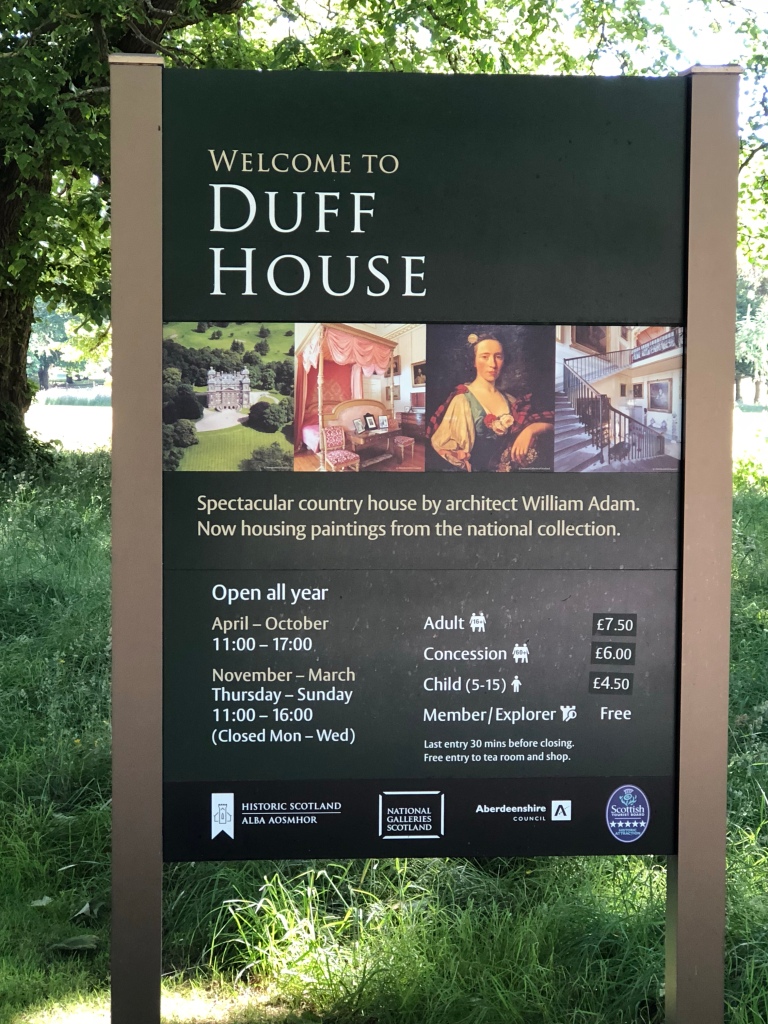 This is what it was supposed to look like. Unfortunately the owner William Duff, ran out of money, and the architect, William Adam, died before he was paid in full.

It is a long way down, and no lifts.

Reminder of when the house was used by the Norwegians during WWll.

The Poles were here too.

Globes, one celestial and the other geographical.

From the number of books, it can be assumed they were avid readers. Actually it was a sign of wealth if you had books. Not sure, as the owners went broke.

Chair presented by Napoleon Bonaparte, to his nephew. Intricate carvings. Not cheap, around £1,200,000. 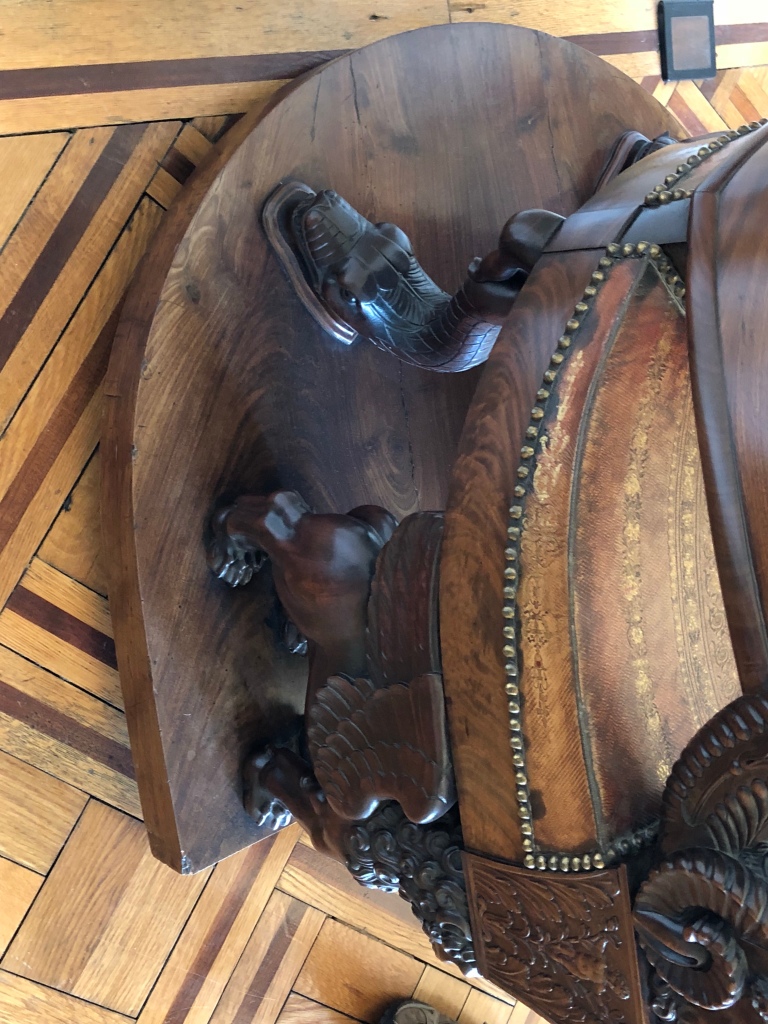 Ornate work on the ceiling. 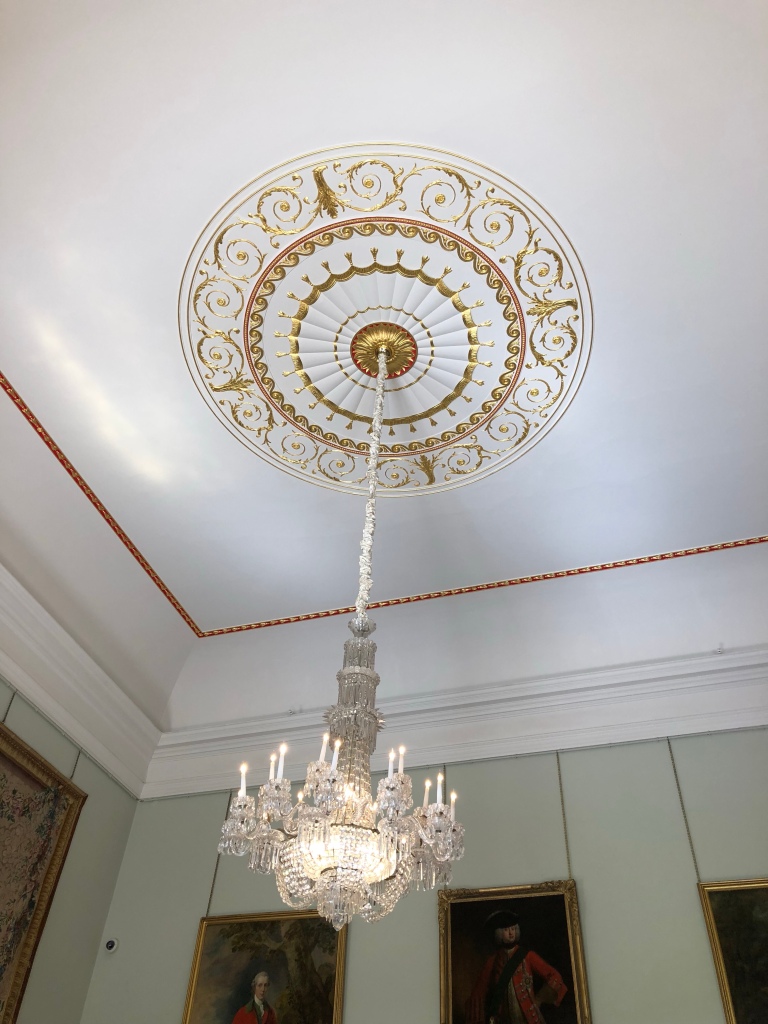 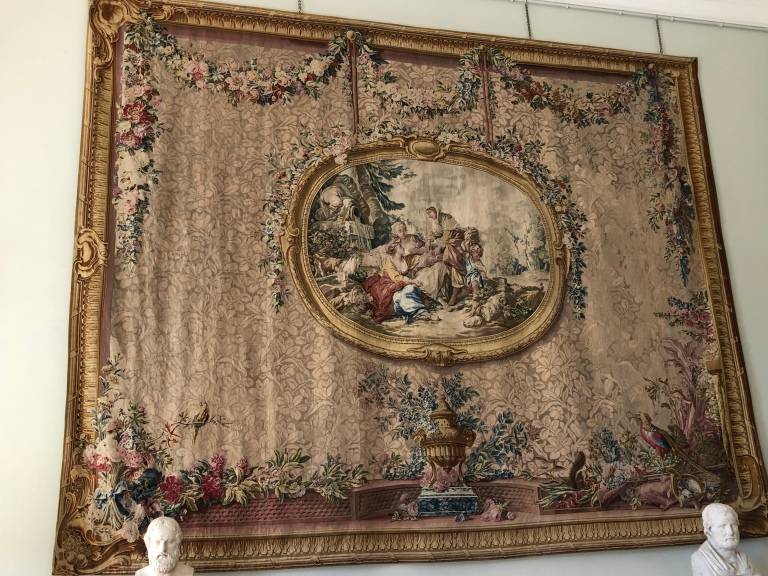 The mirror is one of the few original items left from the original owners. 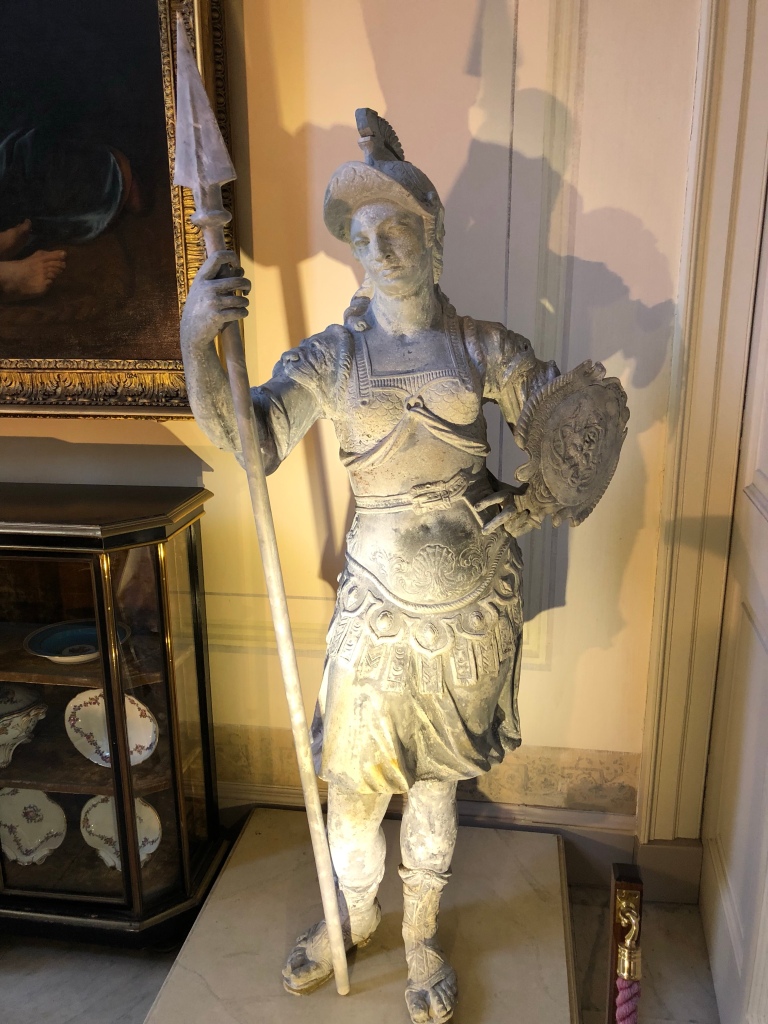 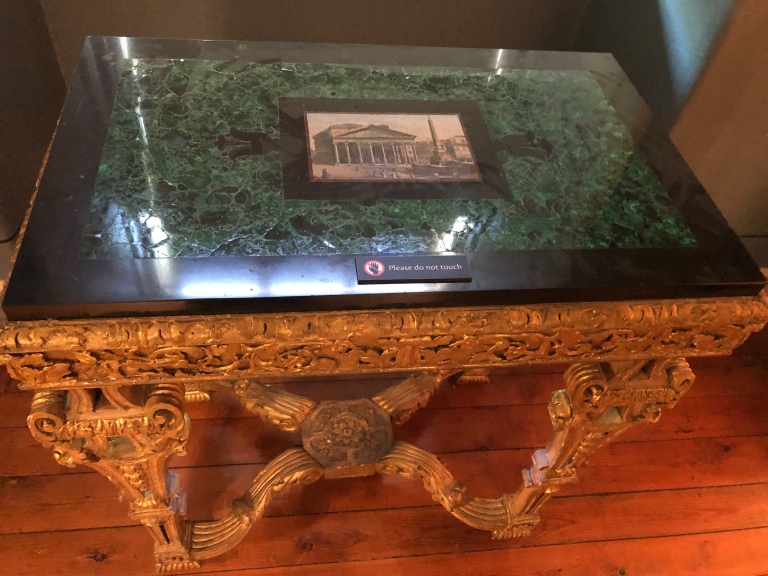 Undoubtably the most valuable item in the whole collection, a painting by El Greco. Said to be worth around £10,000,000. 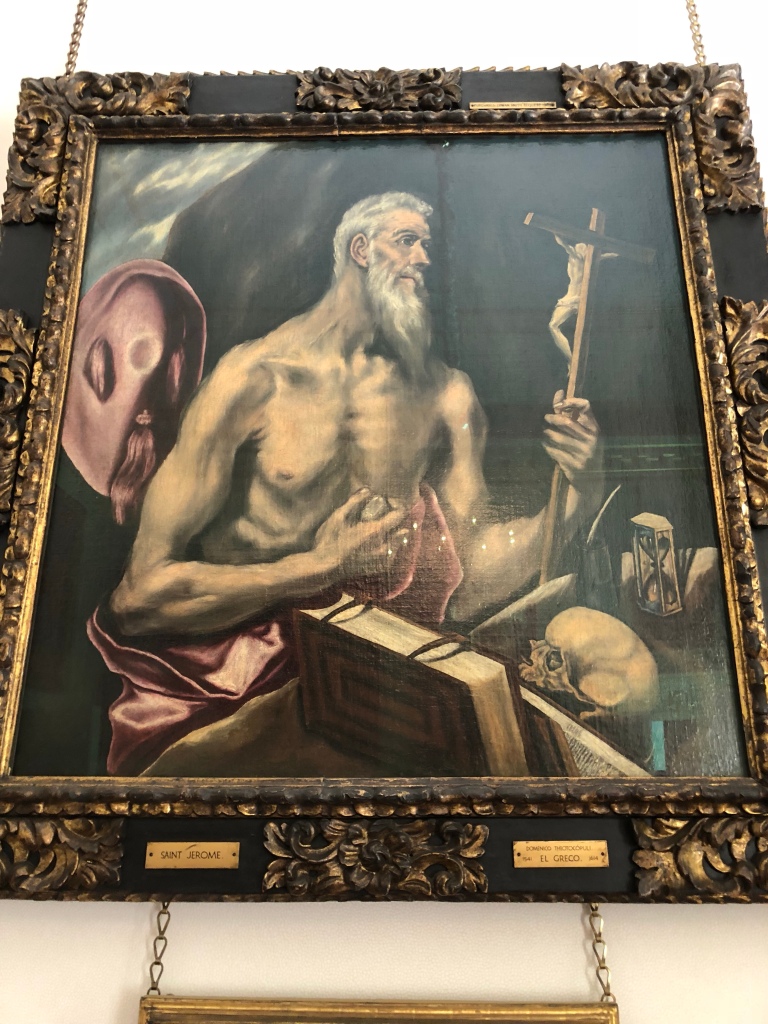 Time to get on the road again. Off to Elgin for the night. Camped at Losiemouth, 6 miles from Elgin on the coast. Set up and walk along the beach before dinner. Note the blue sky and the white sand. 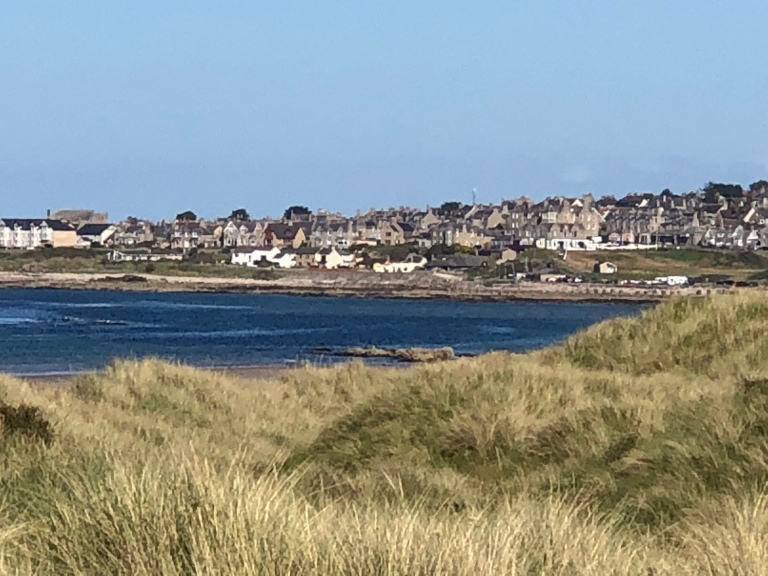 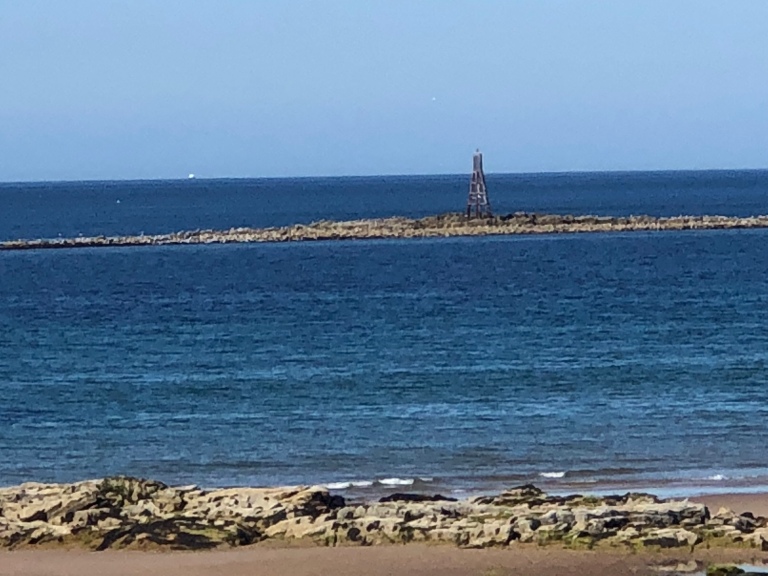 Looking out across the Moray Firth. Head across there tomorrow. 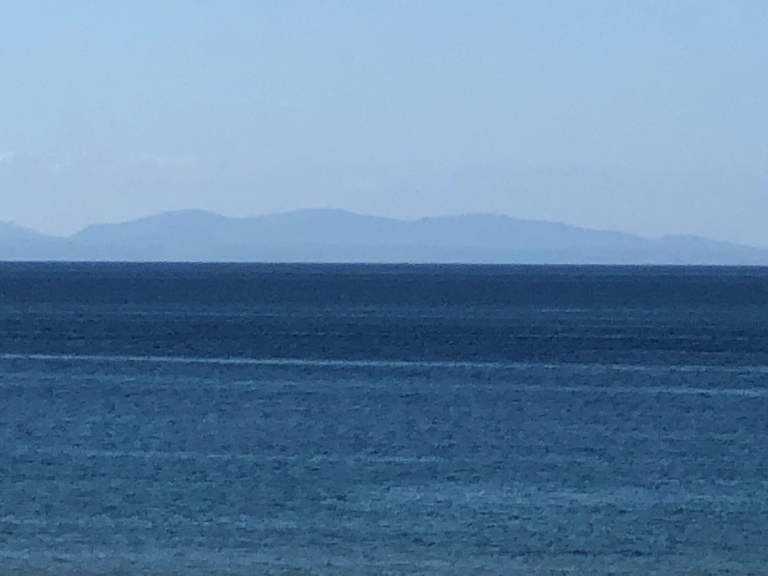 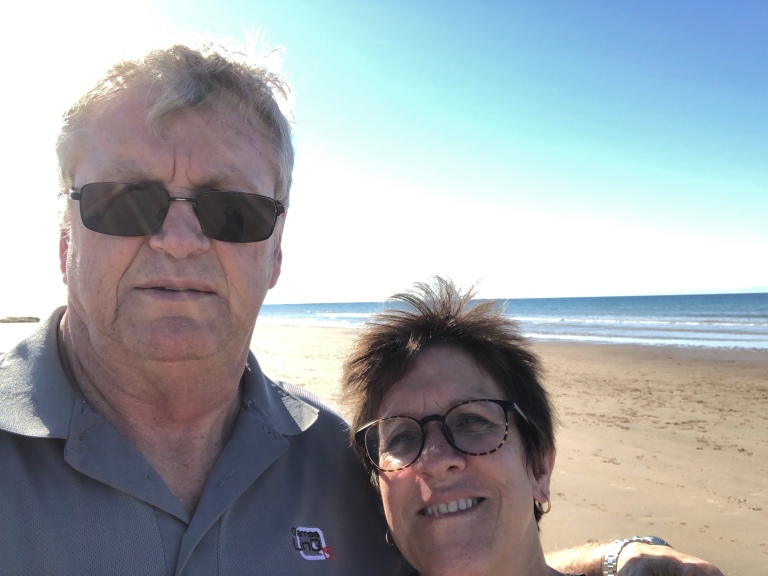 Old gunnery emplacement below the lighthouse. 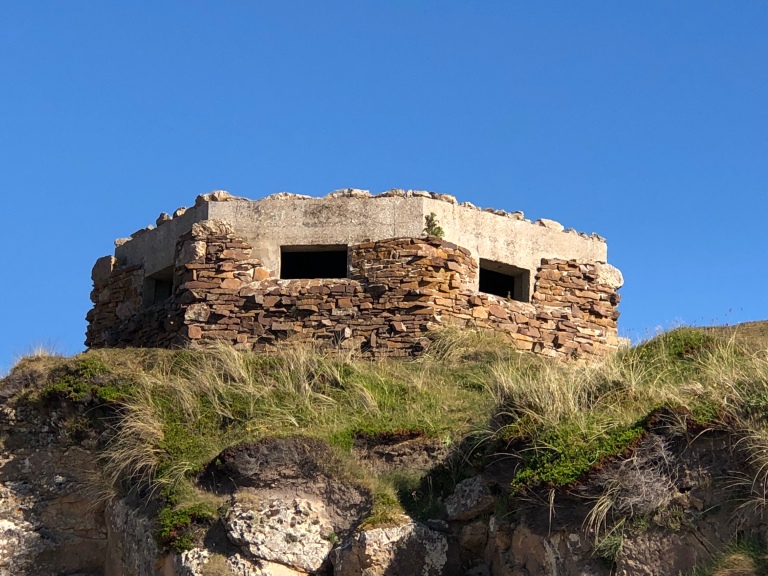 Someone had a spot of bad luck, the hull of a yacht. 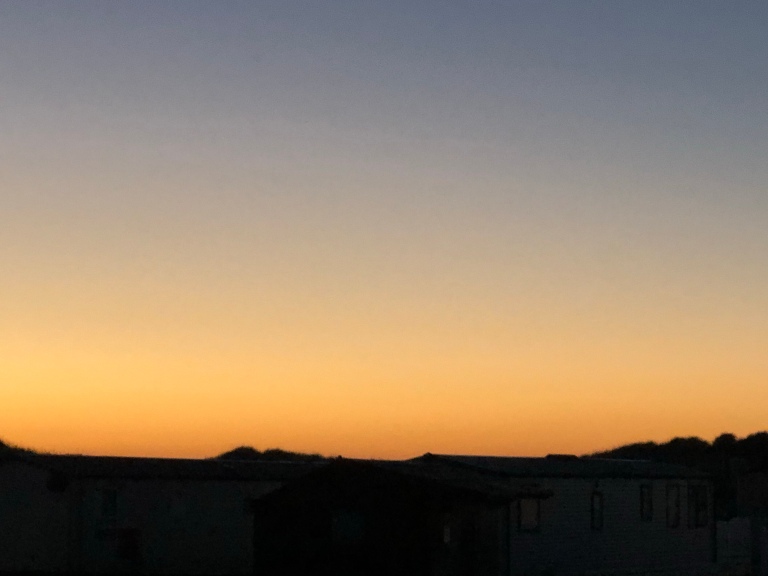