Well, this morning, we travelled all of 200 metres to the chapel car park. Many will know of the chapel from Dan Brown’s, The Da Vinci Code, which was published in 2003.

West wall where the Chapel was to extend another 30 metres. 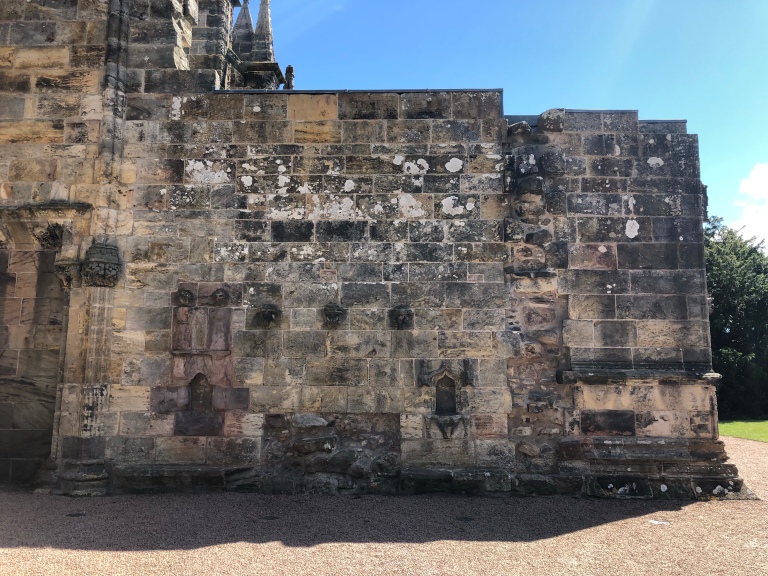 The chapel was actually built in 1446, by Sir William St Clair to spread intellectual and spiritual knowledge, and to ensure his place in heaven.

The chapel as it stands today, is only part of a larger scheme, but Sir William died and his larger building was never completed. Excavations in the 1800’s uncovered foundations stretching a further 30 metres beyond the west end of the Chapel.

It is likely that the village of Roslin grew up to house the large number of craftsman who helped build the Chapel over a 40 year period. Quarters hewed the stone, masons carved it, blacksmiths sharpened tools, and carpenters modelled designs in wood before they were sculpted in stone by the masons.

On the walls of the crypt can be seen a drawing incised into the stone by one of the masons who worked on the Chapel nearly 600 years ago.

Probably the two most well known parts of the Chapel are the two pillars.

The first being that of the Master Mason. On completion, he decided to travel to America to see what carvings they were doing there so he could then return to Rosslyn Chapel and carve a second, more elaborate pillar. 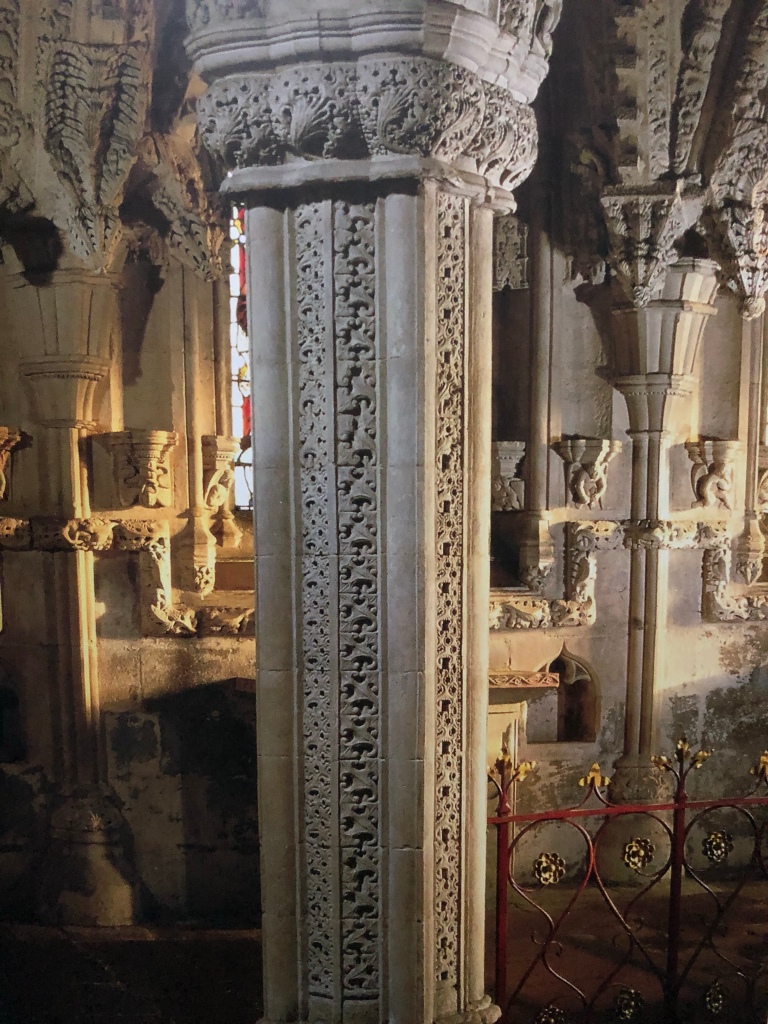 While he was away, the Apprentice Mason, inspired by a dream, carved the second pillar, which was more elaborate and showed greater skill than the Master Mason.

The Master Mason on his return, flew into a jealous rage, and killed the Apprentice. The story does not end there. Both pillars stand in the south east, masters, and south west, apprentices. The fellow masons decided to place the faces of both the Master in the north east,

In between is the face of the grieving mother.

The chapel is also renown for the magnificently carved interior.

The unfortunate problem is that in the process of restoring the Chapel after WWll, it was decided to paint the interior with a cement based paint to slow down deterioration, in fact the Masters pillar was completely covered and was thought to be solid with out a pattern. Problem now is that there is no known method of removing the paint. Perhaps one day the true colours of the sandstone will be revealed.

Lyle I have many more photos.

On towards Perth. Parked at park and ride and headed into look around. 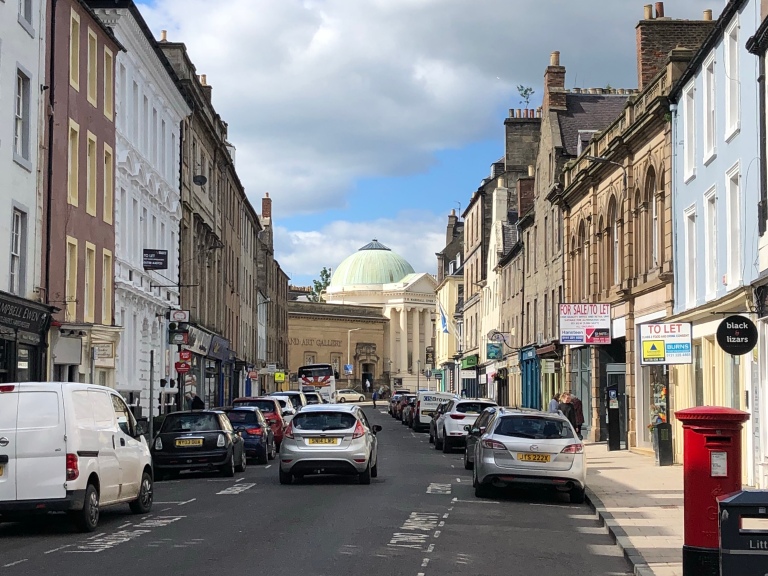 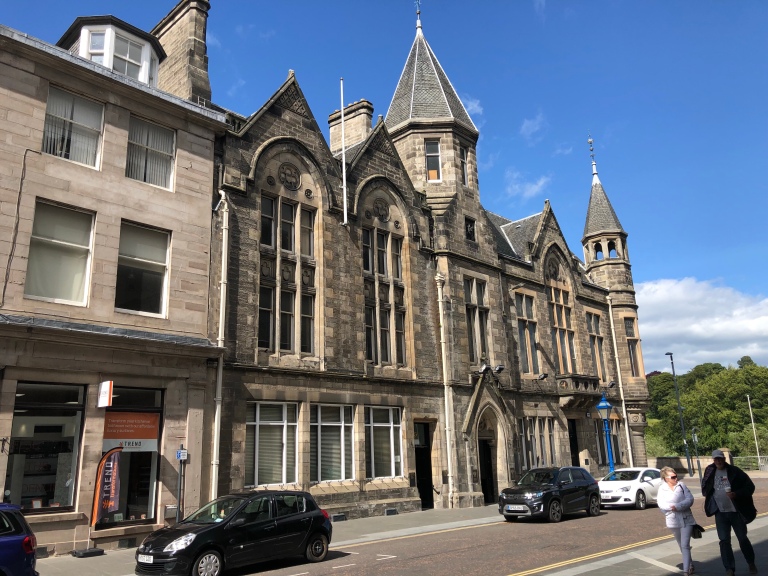 There has to be a story here. The Fair Maid of Perth, is a literary work. 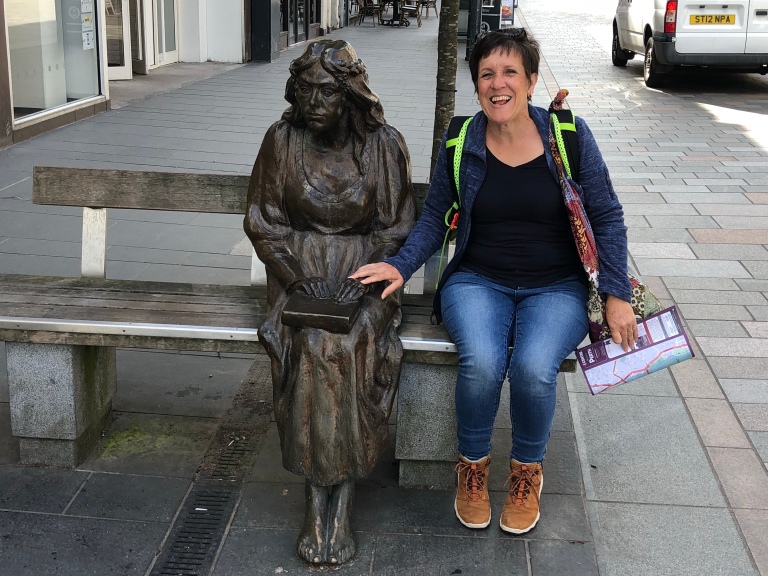 They knew how to build bridges. 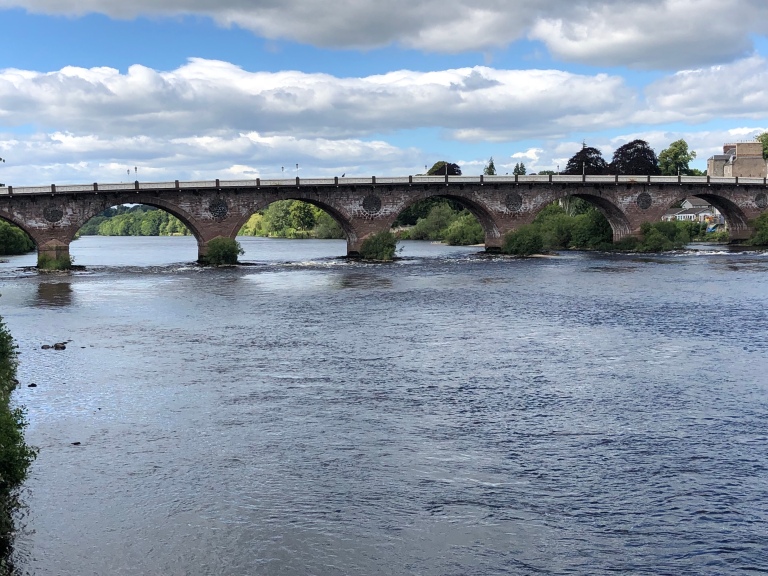 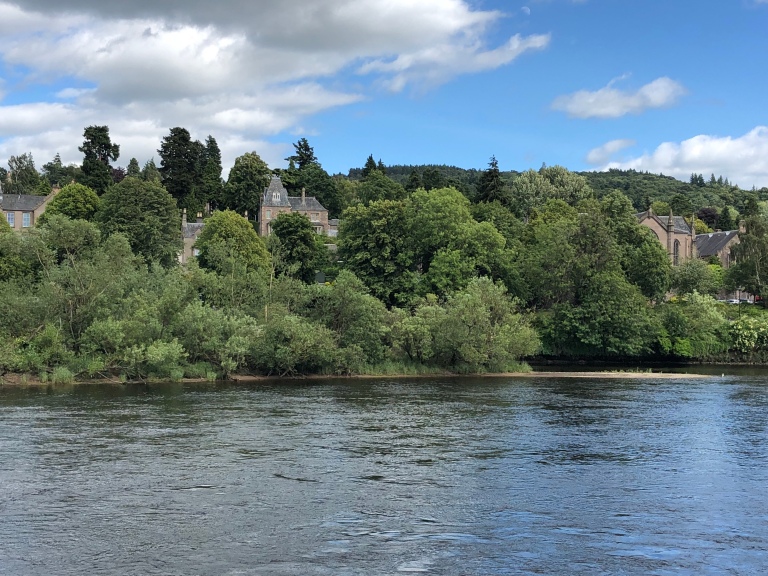 Interesting carvings along the river front.

One of the barrage gates which keeps the water out of town when the river is in flood. 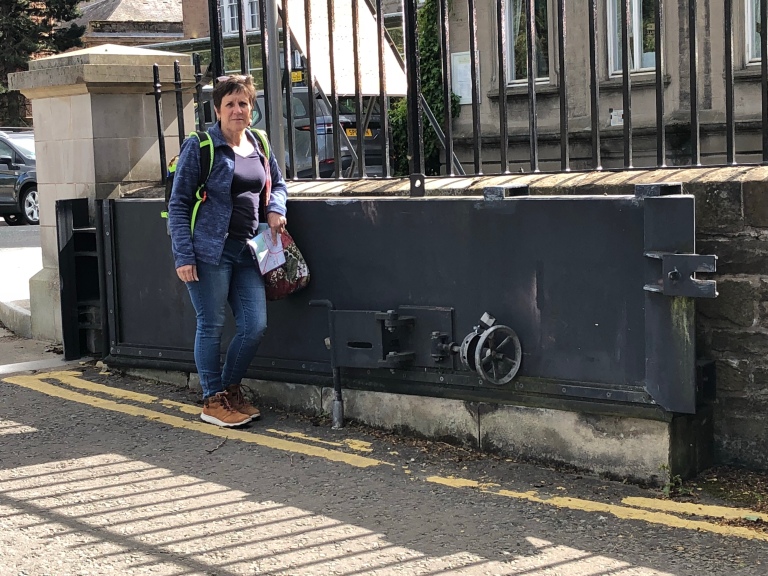 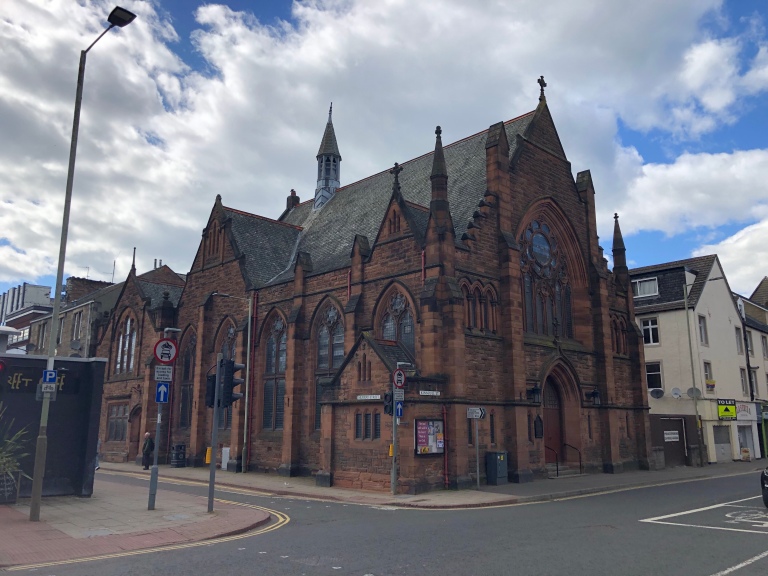 Checked into camp ground and then headed out to Fowlis Wester, to follow up on Su’s mums Rodgie side of the family. Found one in the Perth phone book. 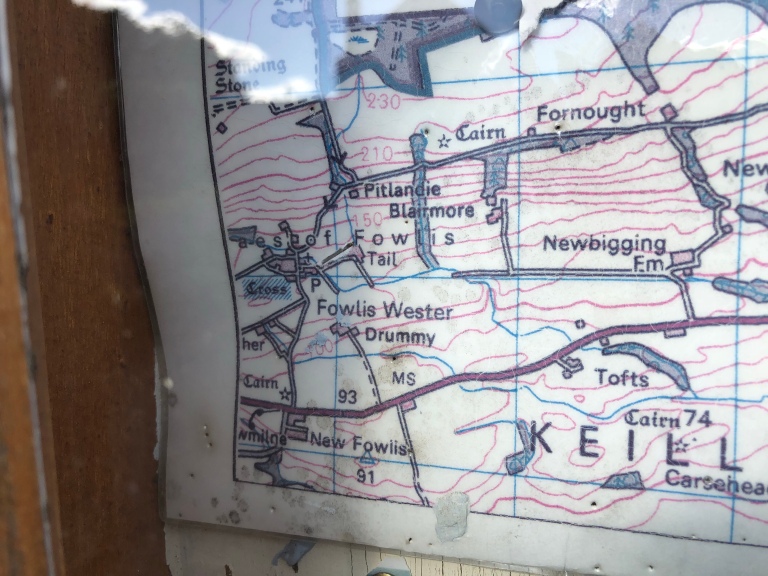 Carved Pictis stone. Original is in the parish church. 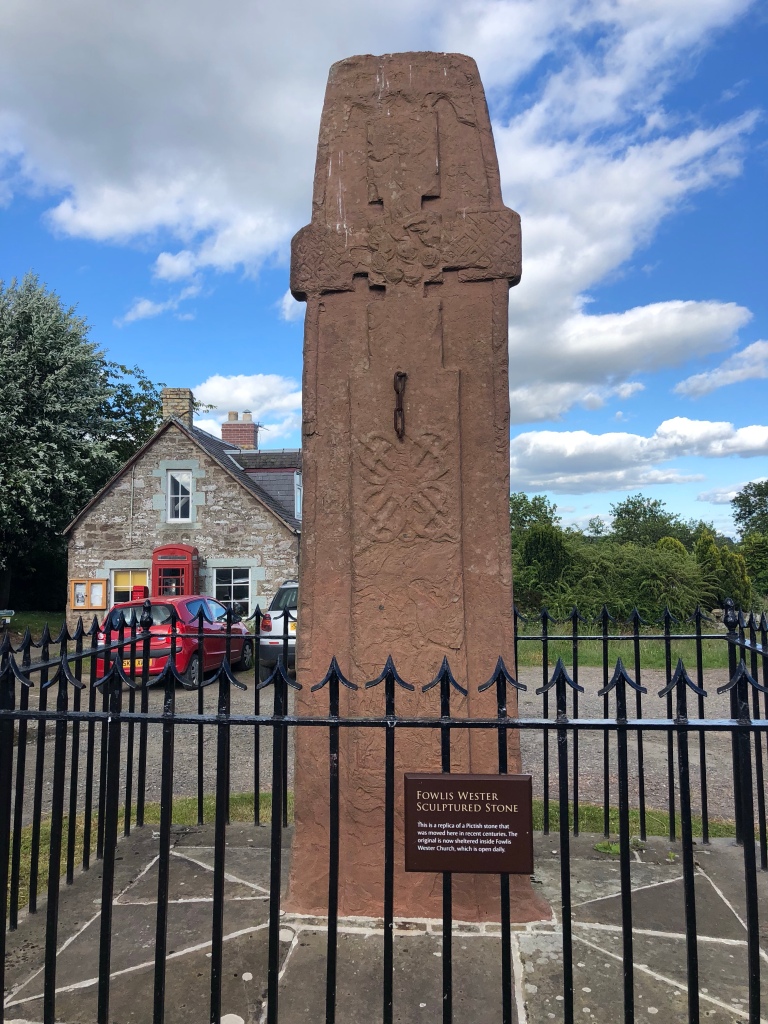 Walked around village looking for distinguishing landmark which we knew about, stream or river. 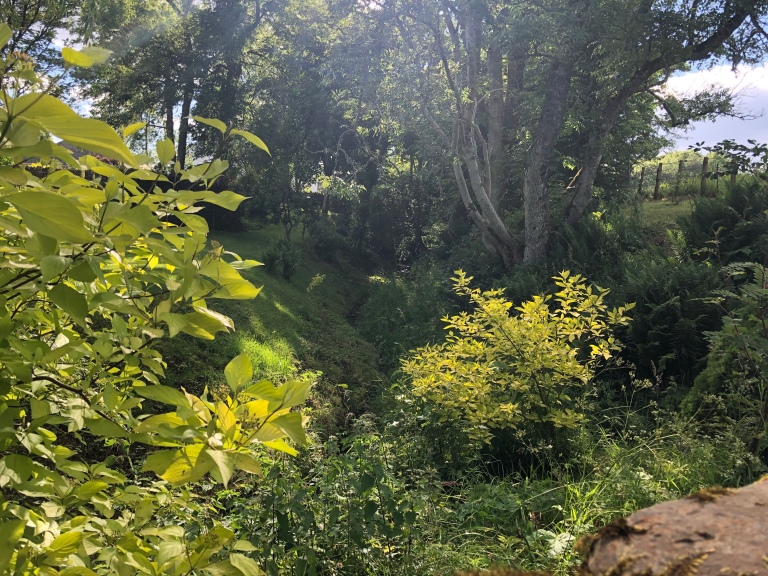 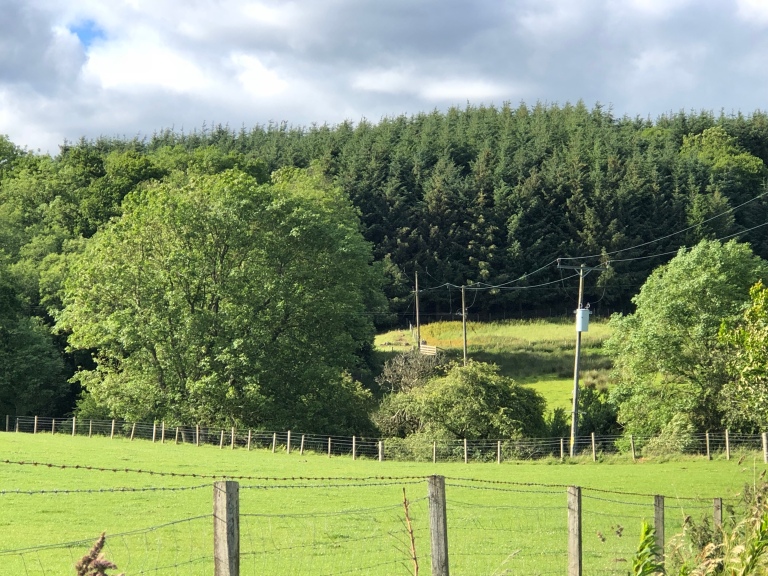 Having found the stream, now to find evidence of where a mill may have been. After a great deal of head scratching and walking, been doing a lot of that lately, we decided to ask a couple of locals. Bingo, one of them remembered the Rodgie name, and knew of the two ladies who last lived in the house, one of them being over 100 years old when she died.

The local chap, not too young himself, took us up the road to where the house and mill used to be. We had actually walked past it.

Su standing outside the gate. 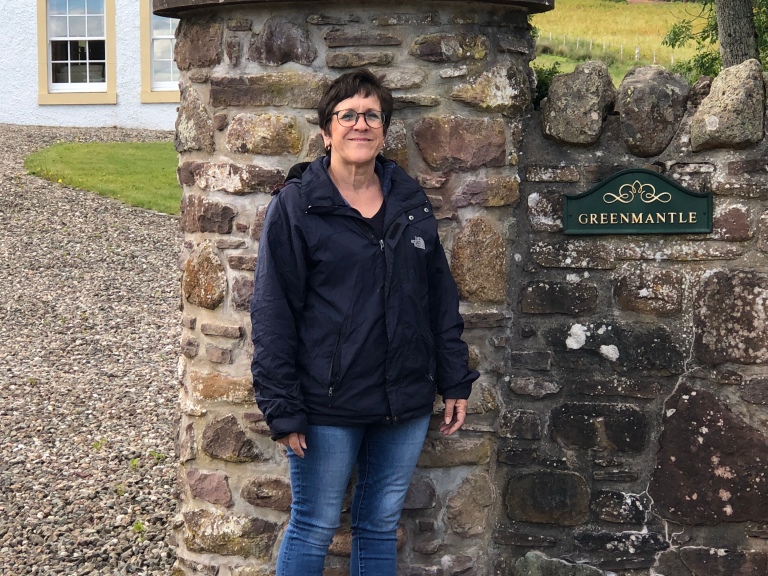 Original house and mill were behind the tree and running down the fence to the stream.

Closer view of where house used to be. 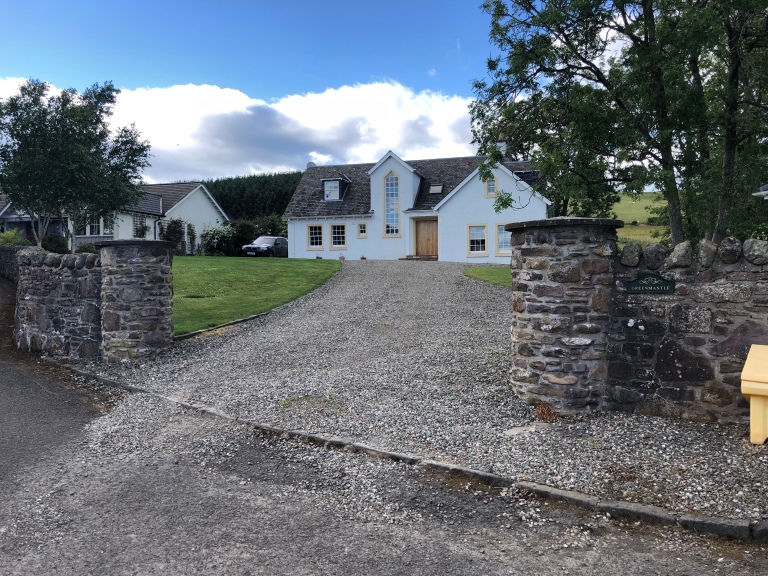 Fence from other side. 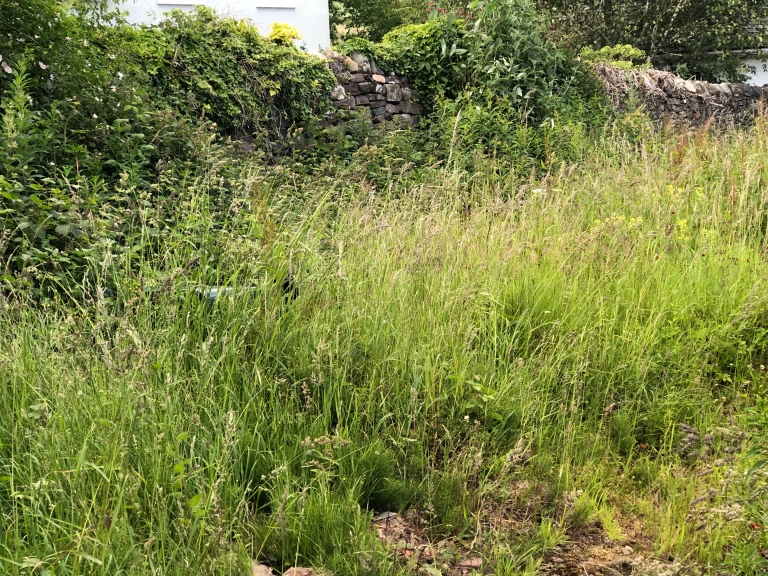 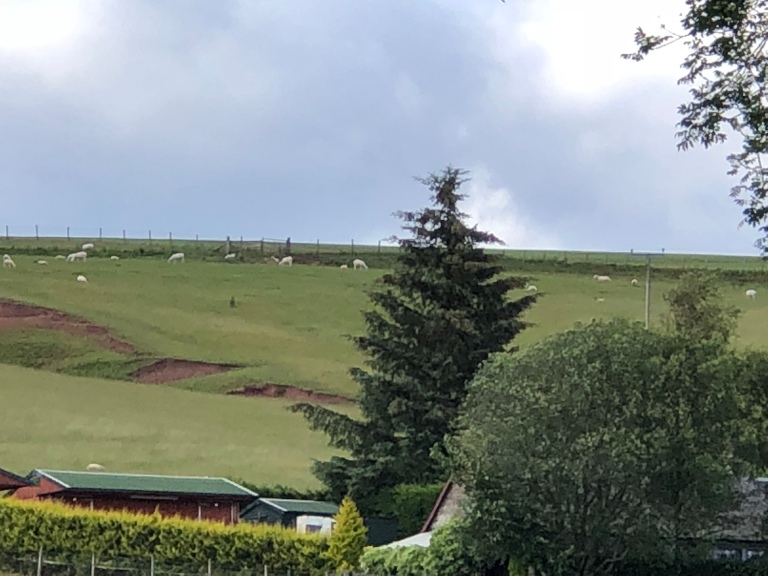 Shots taken around the village. 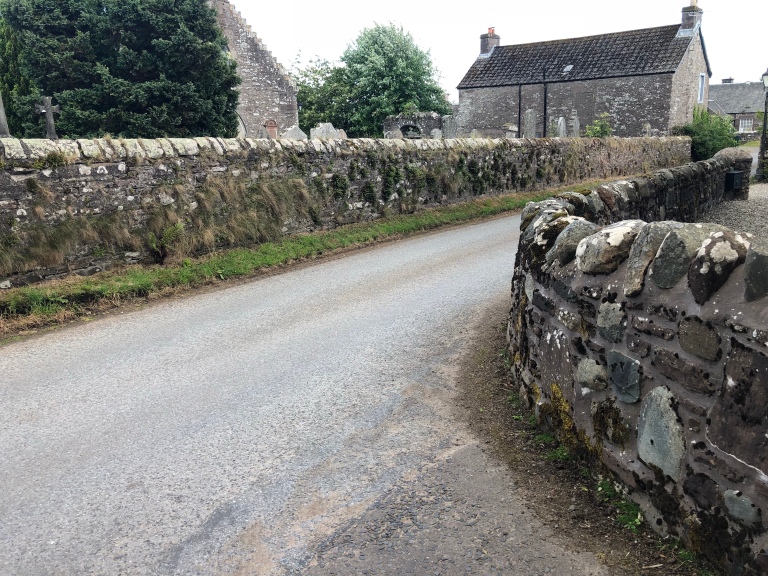 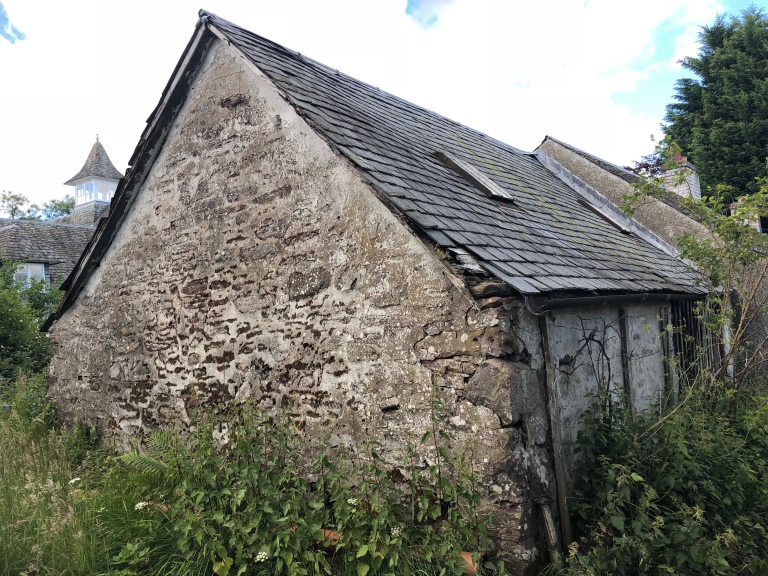 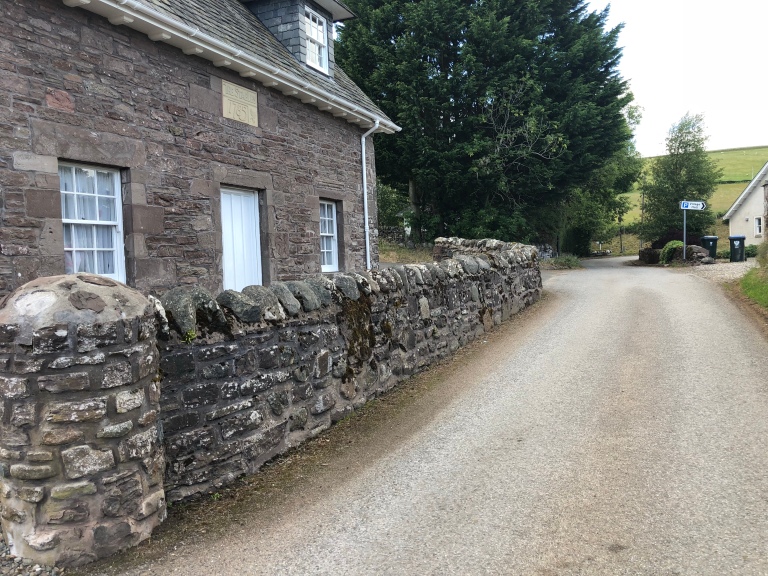 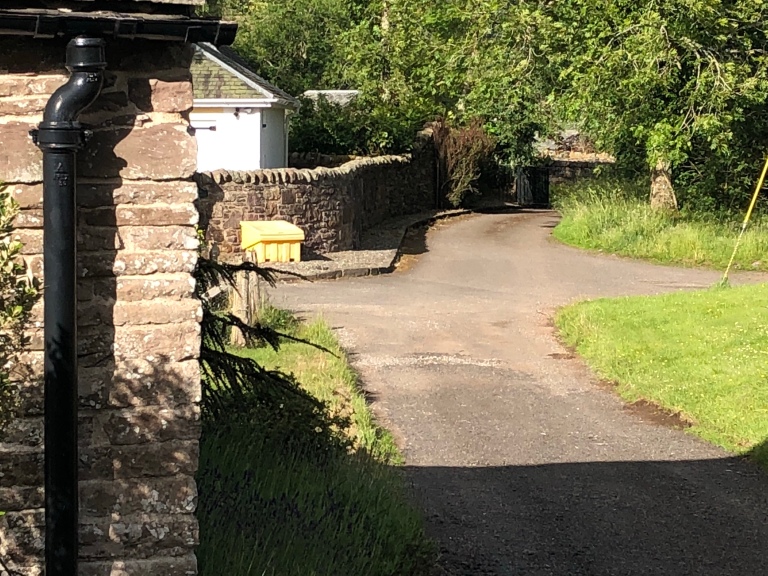 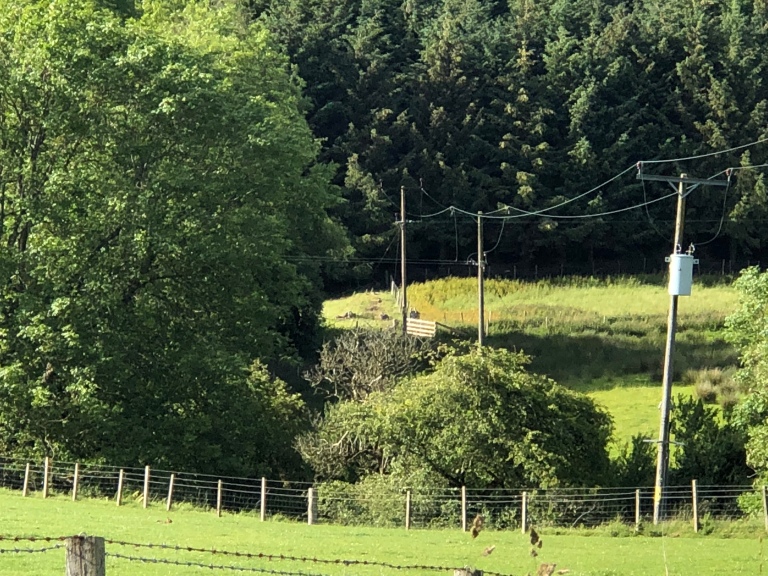 All sorted, we wended our way back to camp.

One thought on “ROSSLYN CHAPEL AND PERTH”