We spent Saturday and Sunday at East Fortune Race Circuit, 20miles to the east of Edinburgh with Dave and Bev Large from Melbourne. 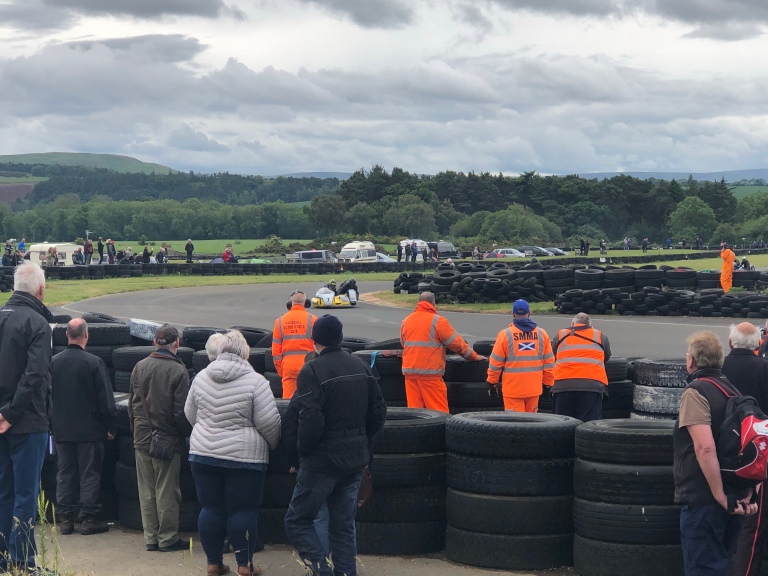 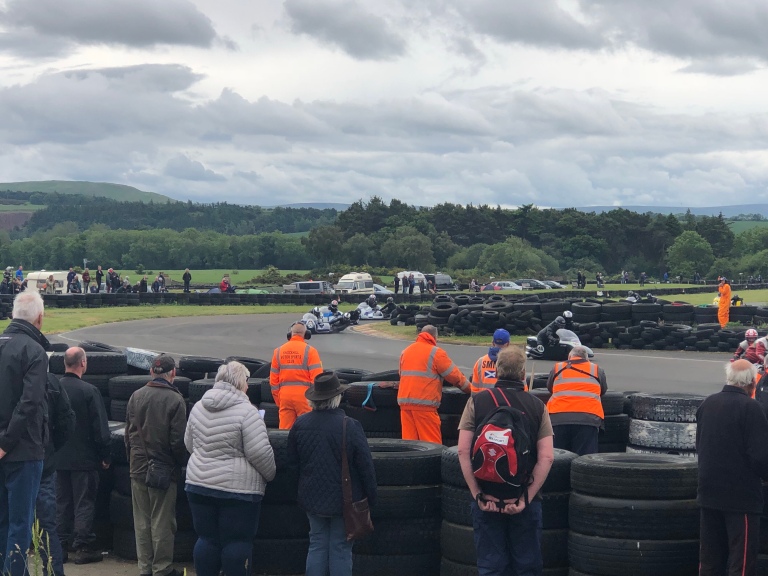 Hard work this motor racing. Time for a cups with Dave and Bev and their Scottish friends, Kenny and Charlie., both racing legends.

Don’t see these at home.

Su was walking around knitting, as usual, and this elderly gentleman asked her if he could repair his doll. Mind boggles. Ended up that he was a very famous bike rider, Jim Curry, who had won races all over Europe.

He and his wife have the same names as a two dolls on a children’s program, so someone made them the dolls. One had a hole in the elbow. He wanted it repaired.

Job done, we headed for camp ground in Edinburgh next to Rosslyn Chapel.

Today spent the day wandering and riding, by bus, around Edinburgh.

Shots of the castle. Will get some closer ones over the next few days. 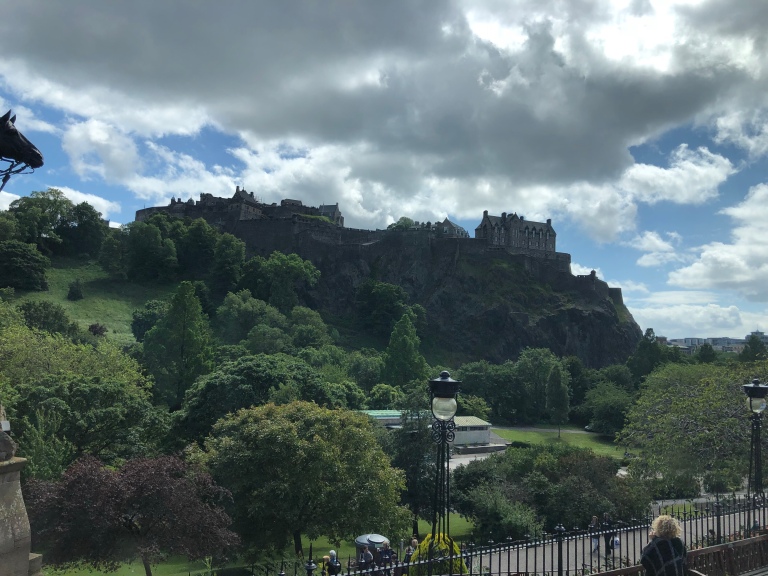 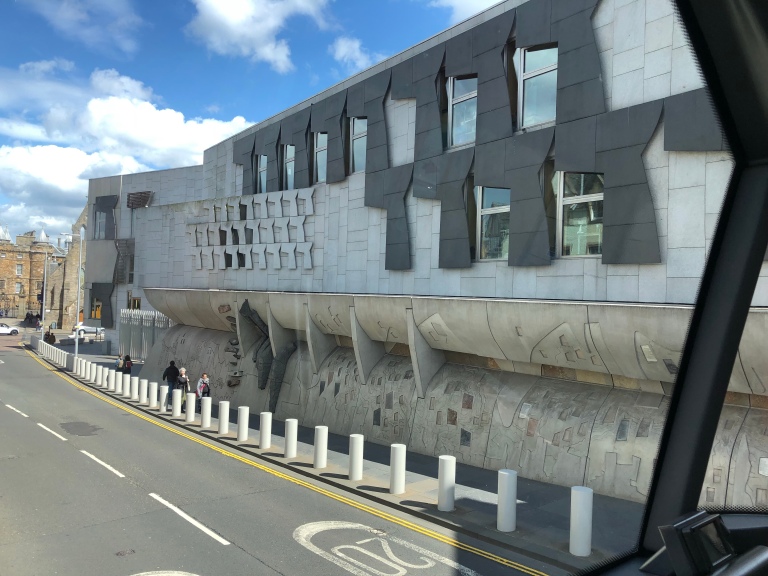 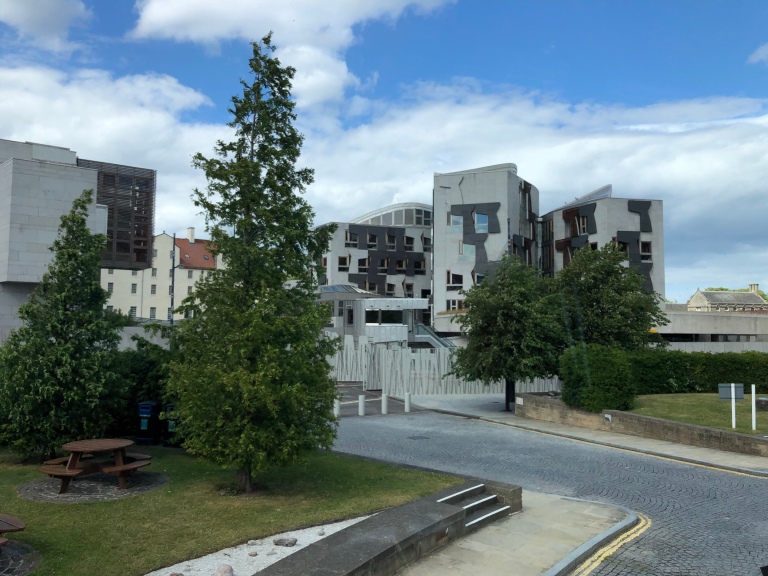 Interesting destinations on this bus. 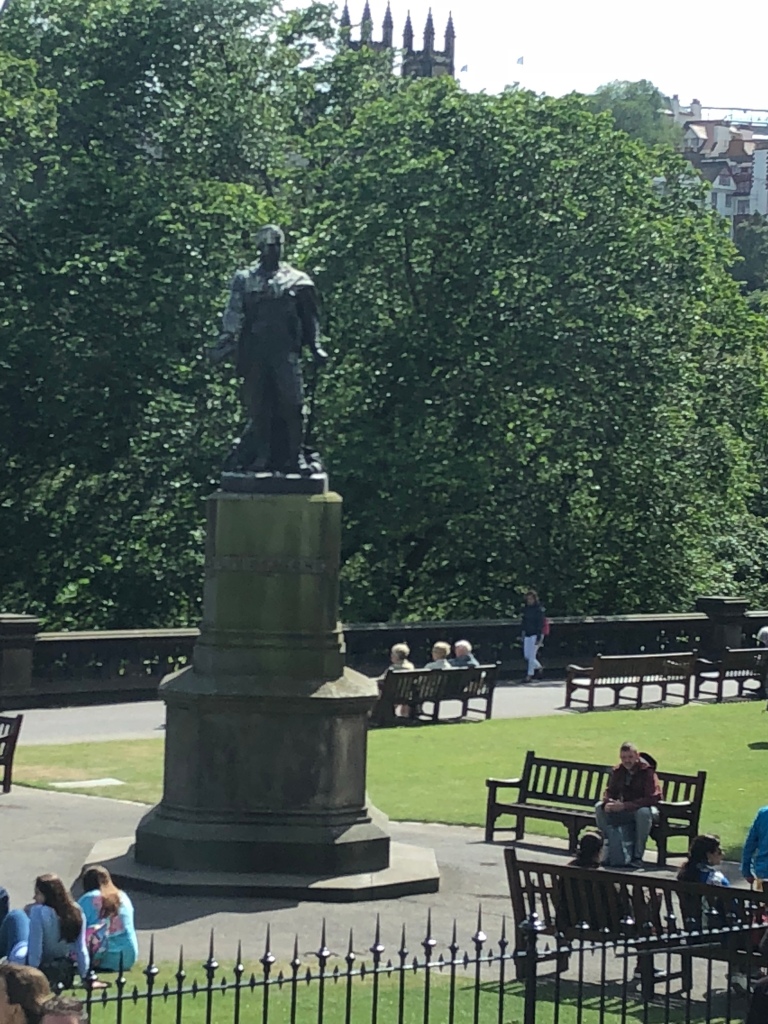 Monument to Sir Walter Scott, is the largest monument to an author, in the world. Is some two hundred feet high. 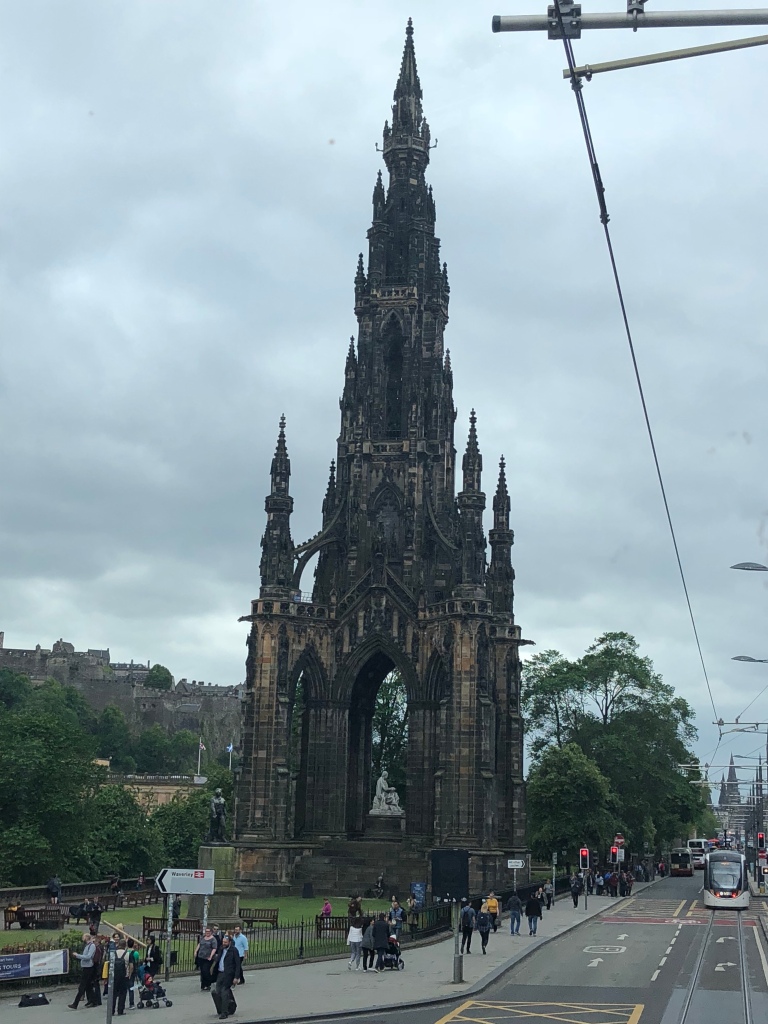 This photo is an optical illusion. It is actually two buildings. The light coloured towers in front are part of the University, and the spire is part of a church behind.

This is known as Queen Victoria’s bath house, but is actually thought to be a shelter for a tennis court which used to be there. It is located next to the Palace of Holyroodhouse, the official residence of the Royal family.

Gates to the palace. 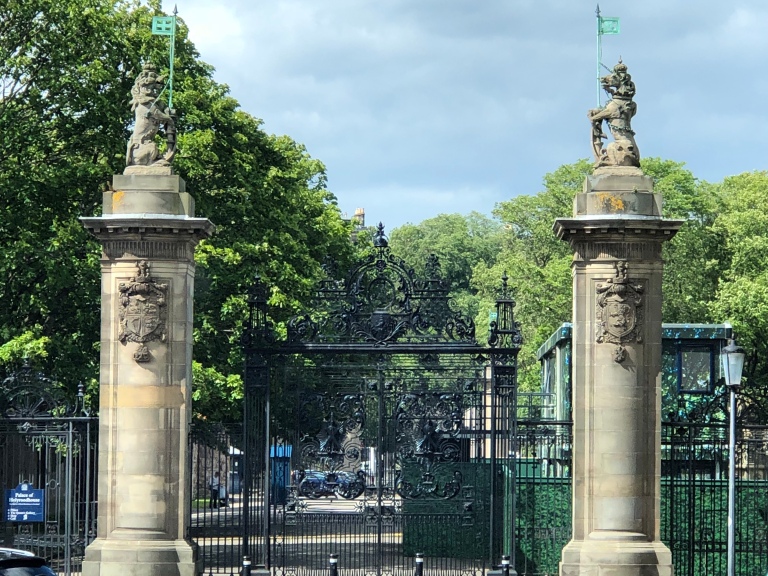 Art gallery and museum. Note the statue of Queen Victoria on the top of the museum. It was supposed to be place at Buckingham Palace, however she thought it was unbecoming, so she donated it to Scotland.

Is this how the Scots really feel?

This little guy has a story. Belonged to a policeman in the early 1800’s. When the policeman died, the dog would return to his grave every night. This went on for over 14 years, until he died. He is buried under a tree near the cemetery across the road, and the people of the area raised the funds to have the statue built. You will notice that his nose is shiny. This is because a rumour was spread that if you touch his nose it will give you good luck. He is on his second nose.

Some of the building styles around the city. 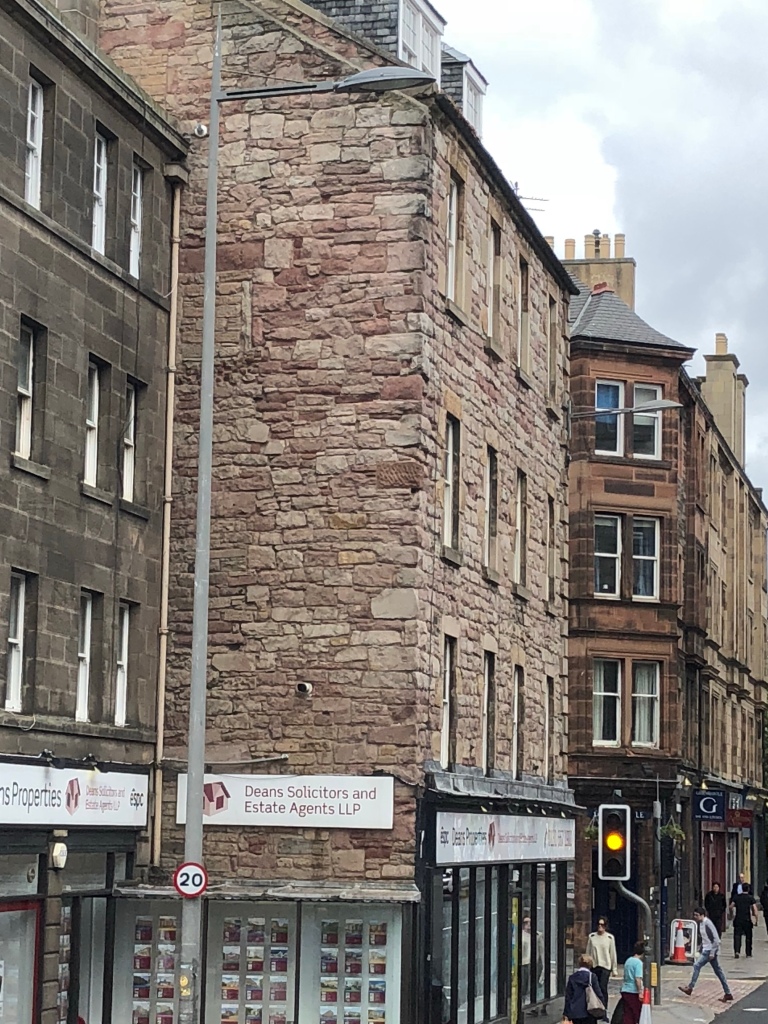 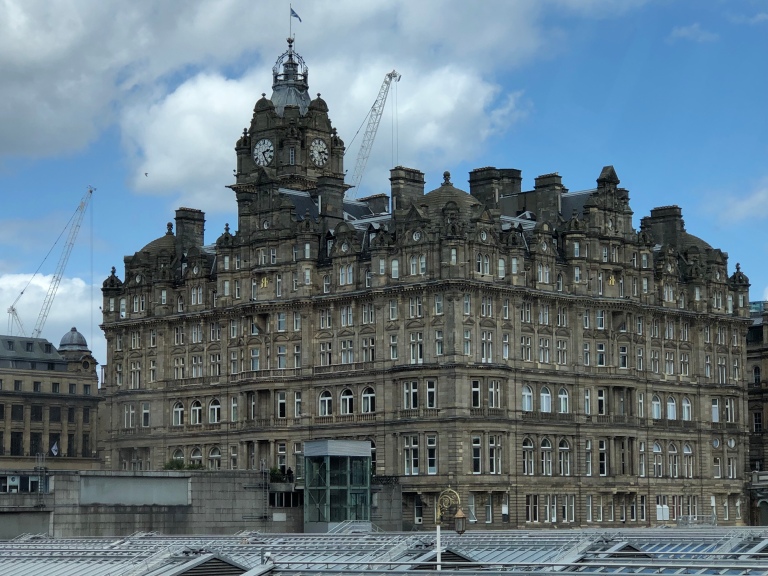 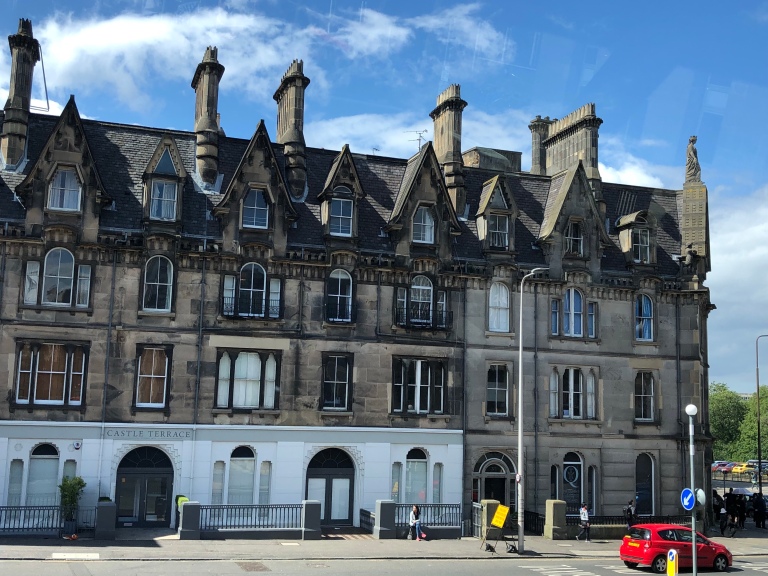 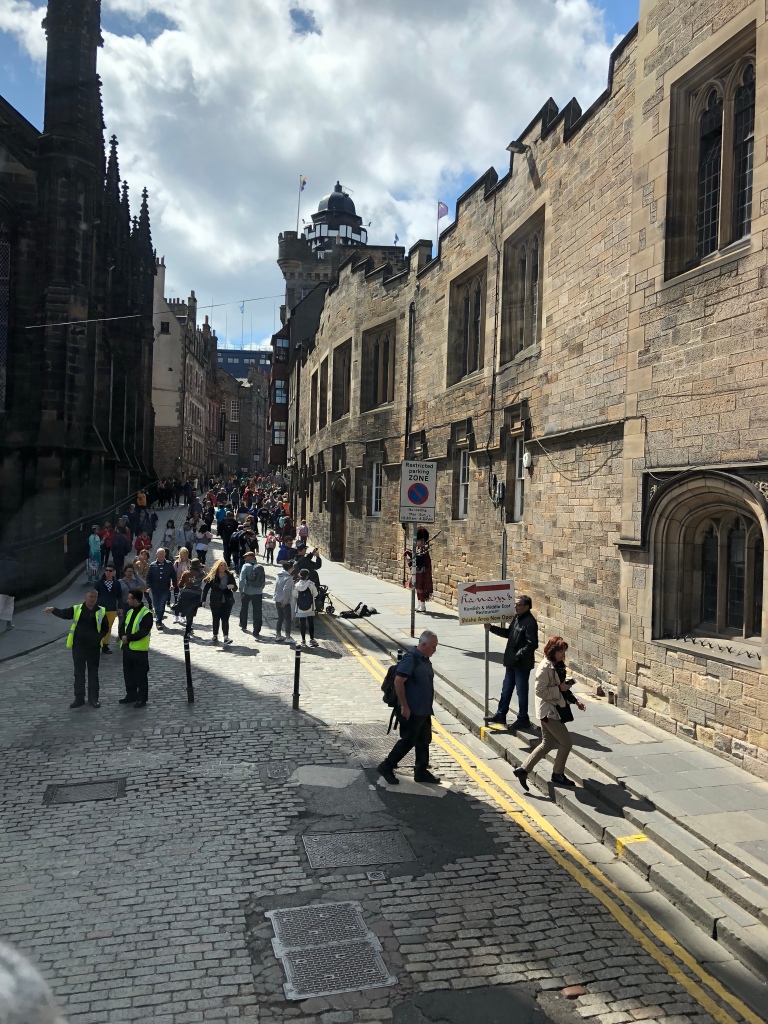 Looking up and down the Royal Mile, the road between Edinburgh Castle and the Palace of Holyroodhouse.

The Royal yacht Britannia. We will visit her tomorrow.

One thought on “EDINBURGH”