Well got the tide timetables right this time and headed out to Holy Island. 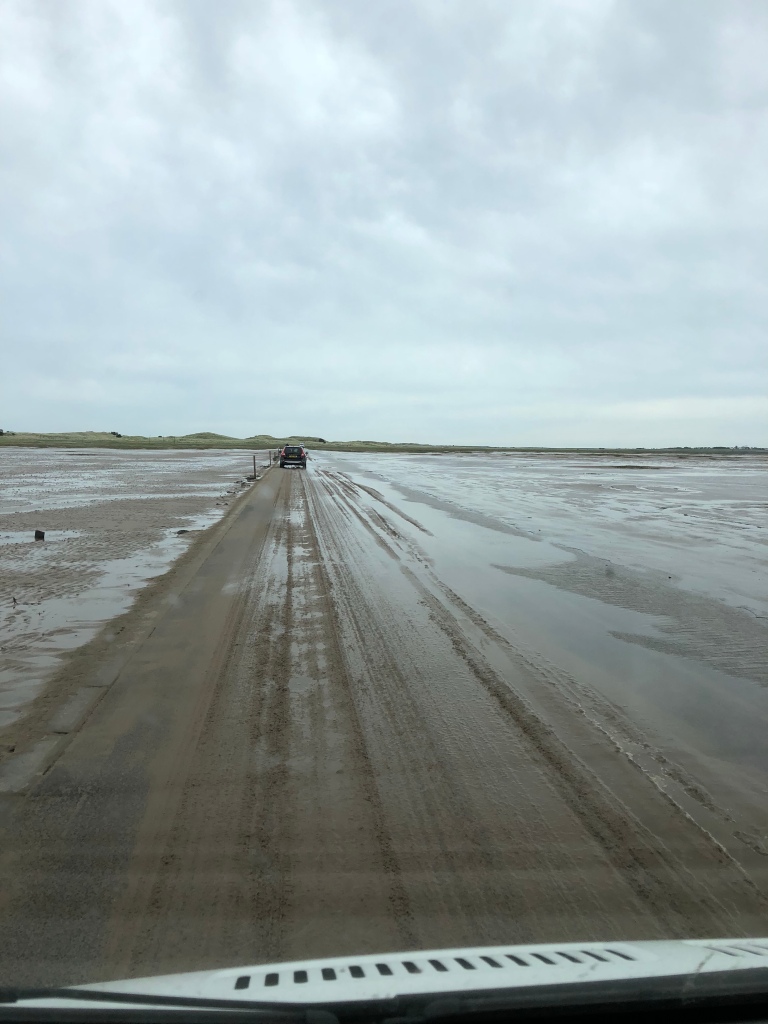 Storm from day before had pushed sand onto the road, which is bitumen.

Ursula, spotted this on a wall, the first of many, as this is the end of a pilgrimage for St Cuthbert, who was originally buried here.

First stop was the Priory, which dates back to 1090, and is the original burial place of St Cuthbert.

The apse where Cuthbert was first buried.

More of the Priory, which was huge. 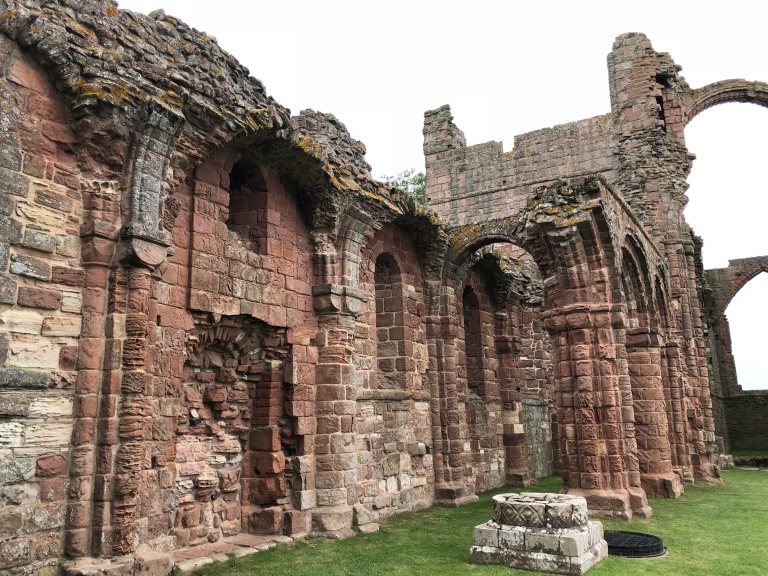 Priory viewed from above.

Statue of Cuthbert of Farne. Farne is a group of islands two mile to the south east of here.

Statue of monks carrying Cuthbert coffin. They did this for seven years, after the Vikings invaded Berwick, because they feared that they would take Cuthbert remains. His remains are now in Durham Cathedral. 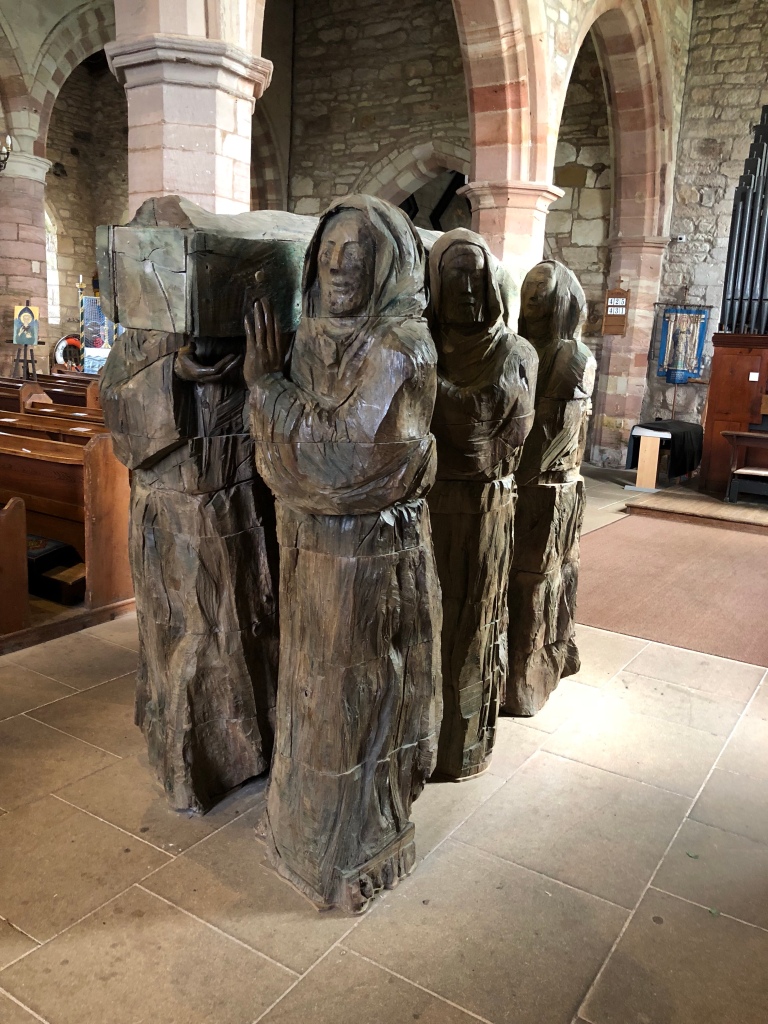 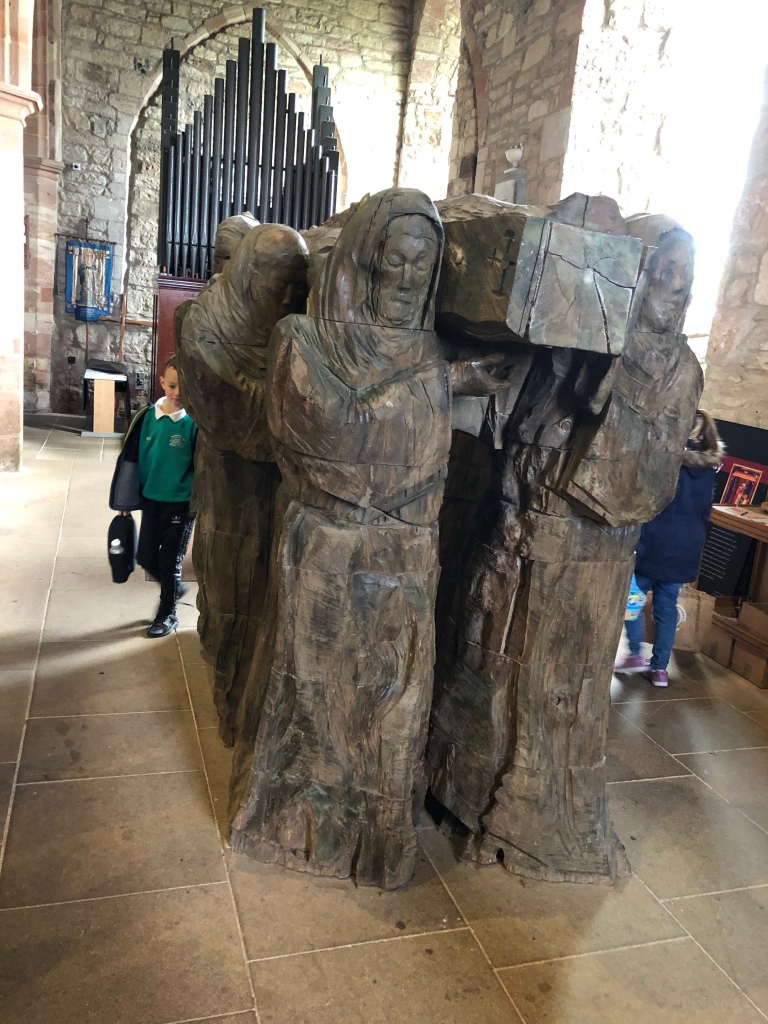 These are the carvings on his coffin. 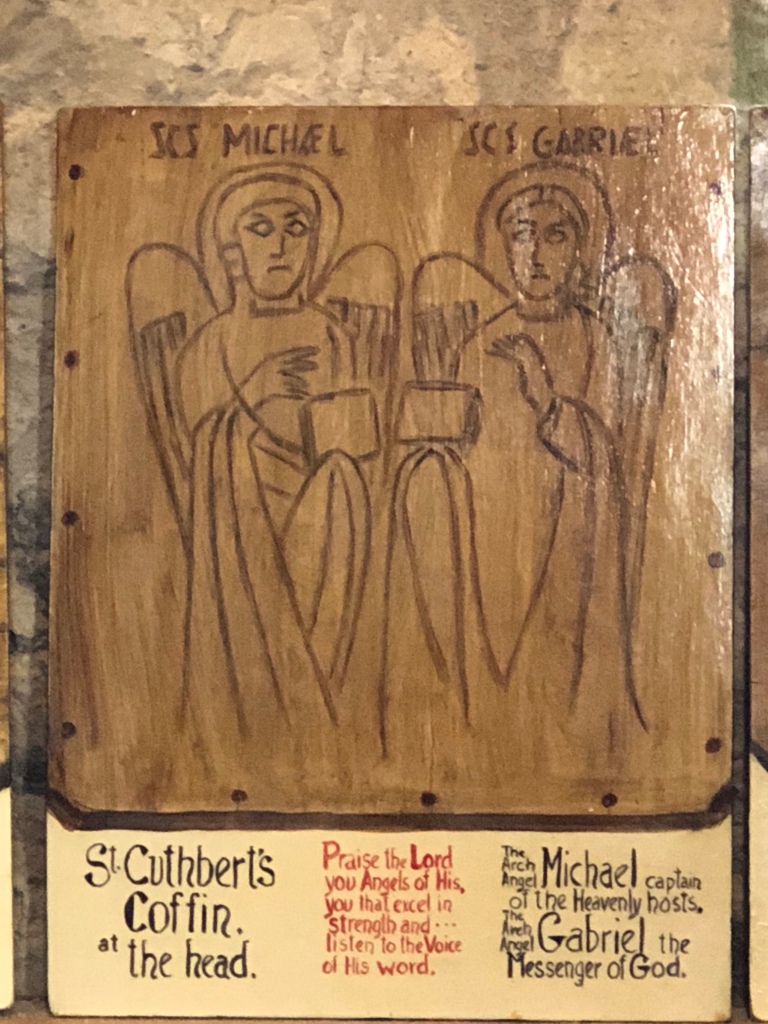 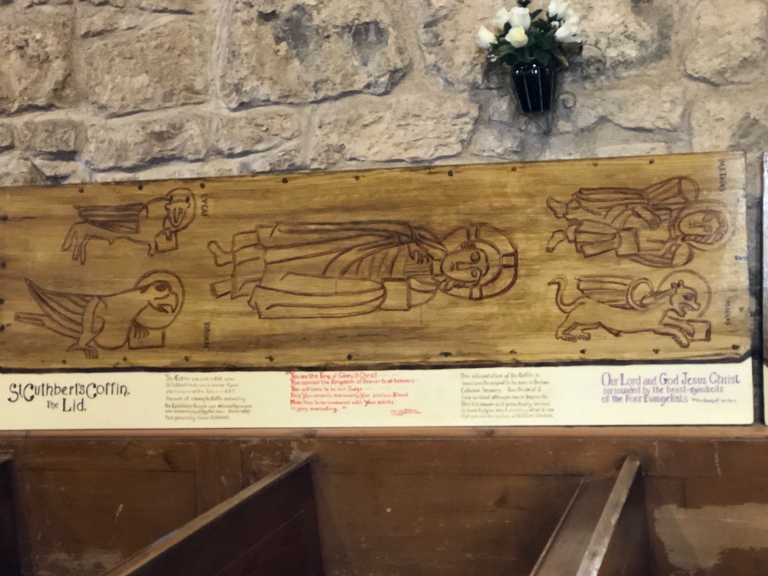 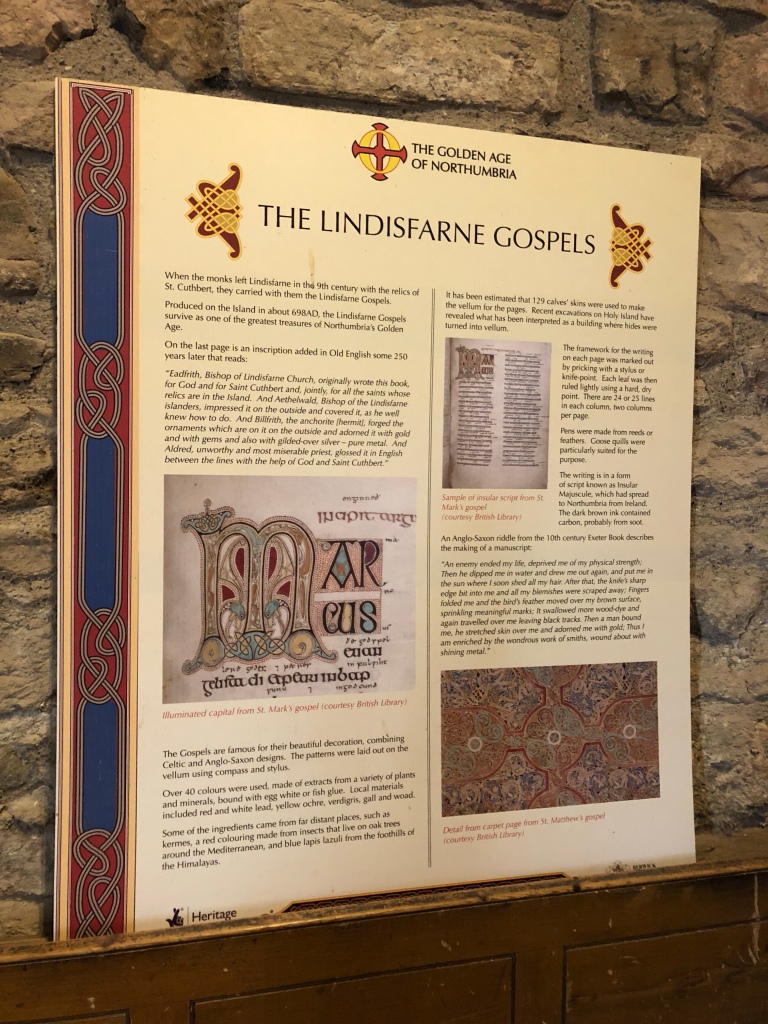 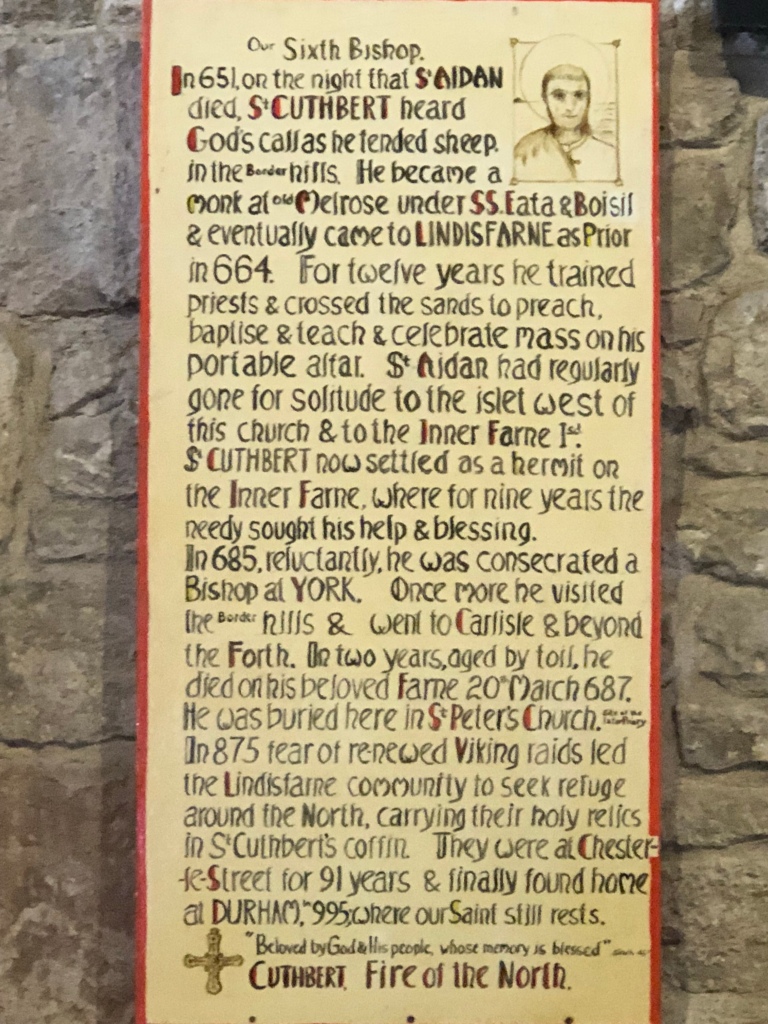 There was a group of archeologists on a dig near the abbey and they had found the foundations of an Anglo Saxon church. 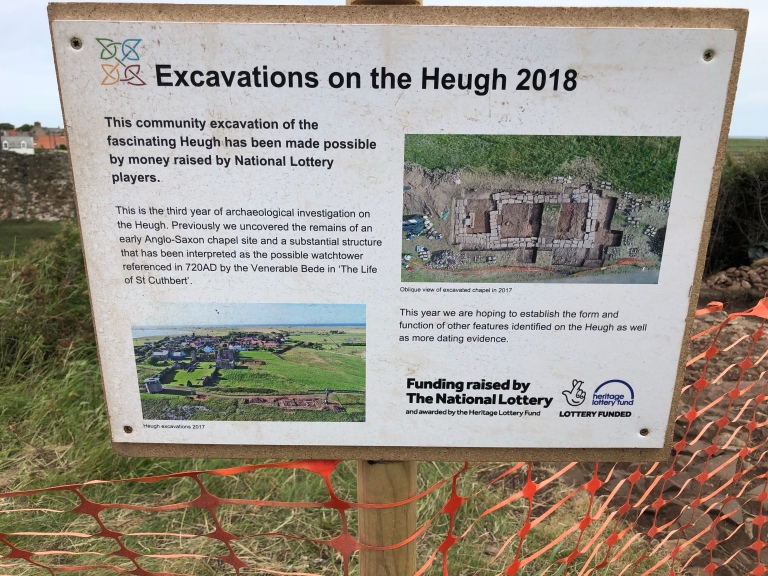 Just prior to our arriving, they discovered two stone flints, which were around two thousand years old. Flint is not a natural stone on the island. 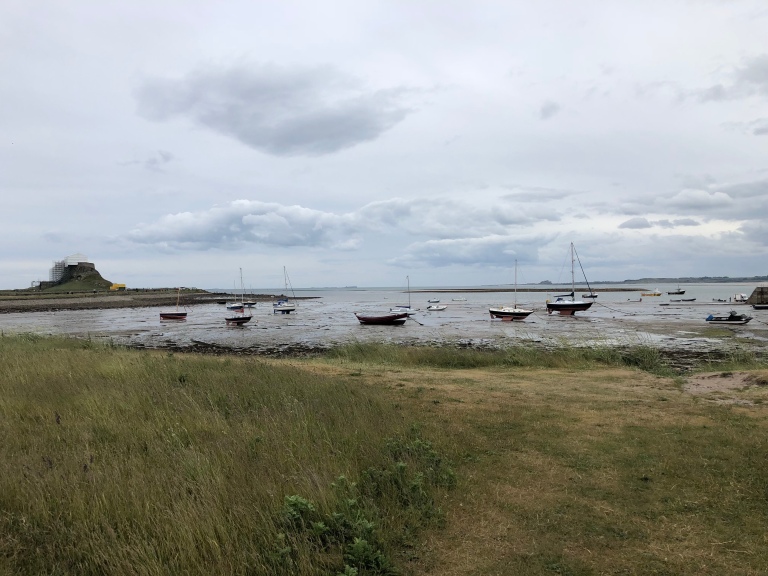 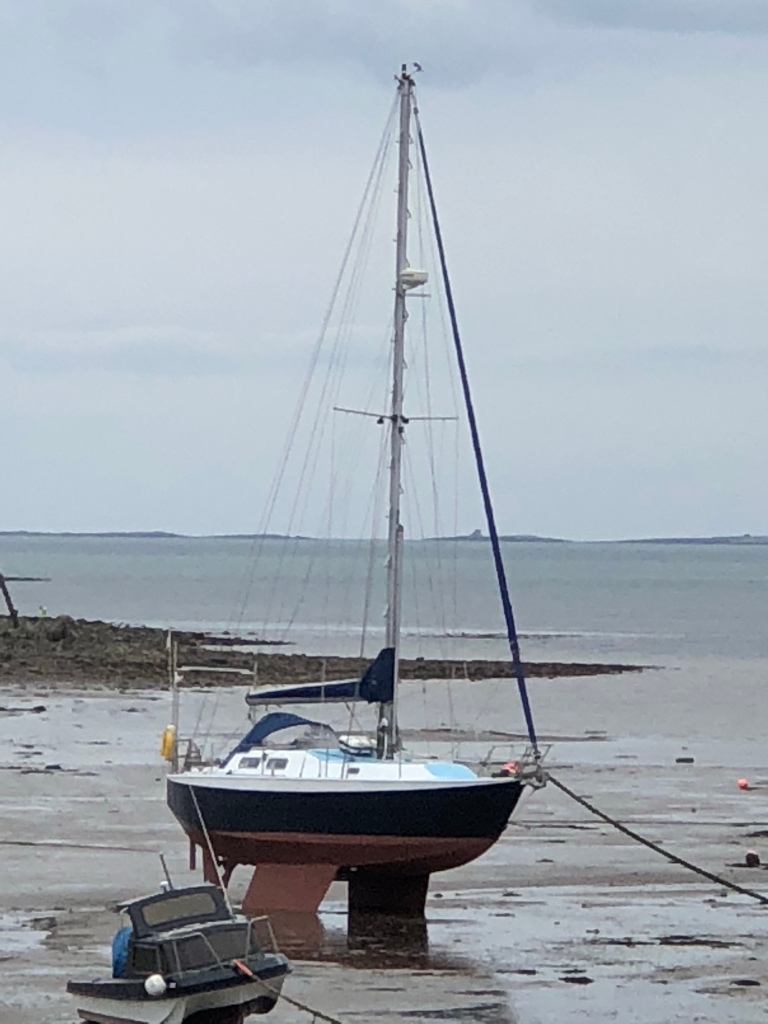 What to do with your boat when it is worn out. 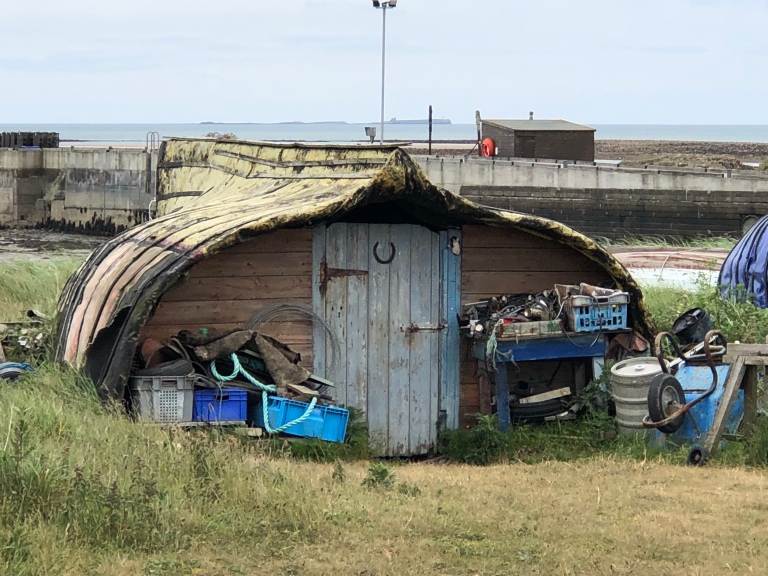 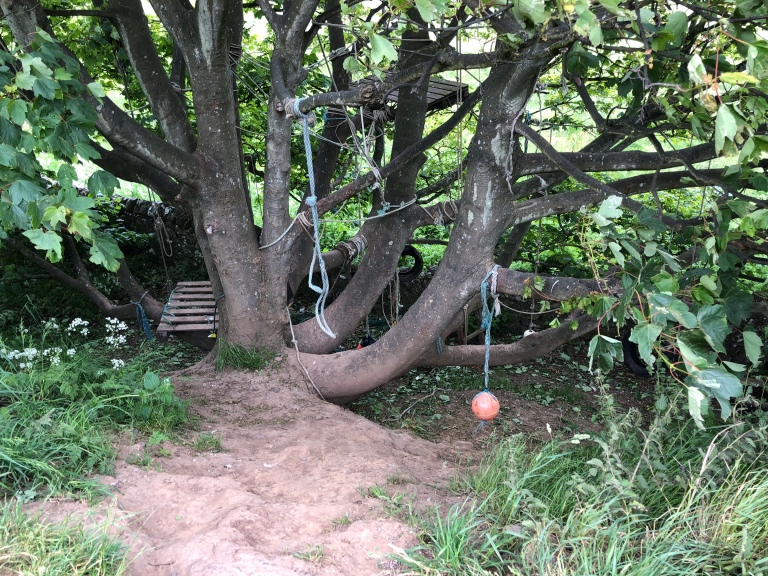 Walk out to the castle, which is undergoing a renovation.

Someone had a lot of time and nothing to do laying all those stones. 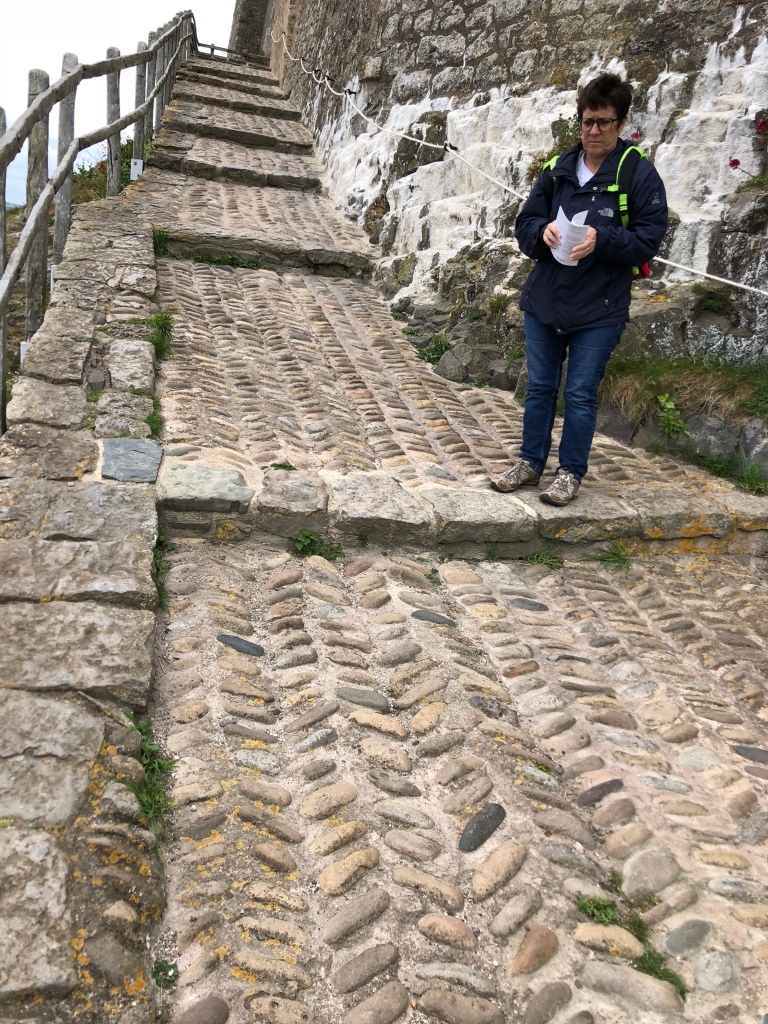 Shots inside the castle. No furniture as renovations are still underway. 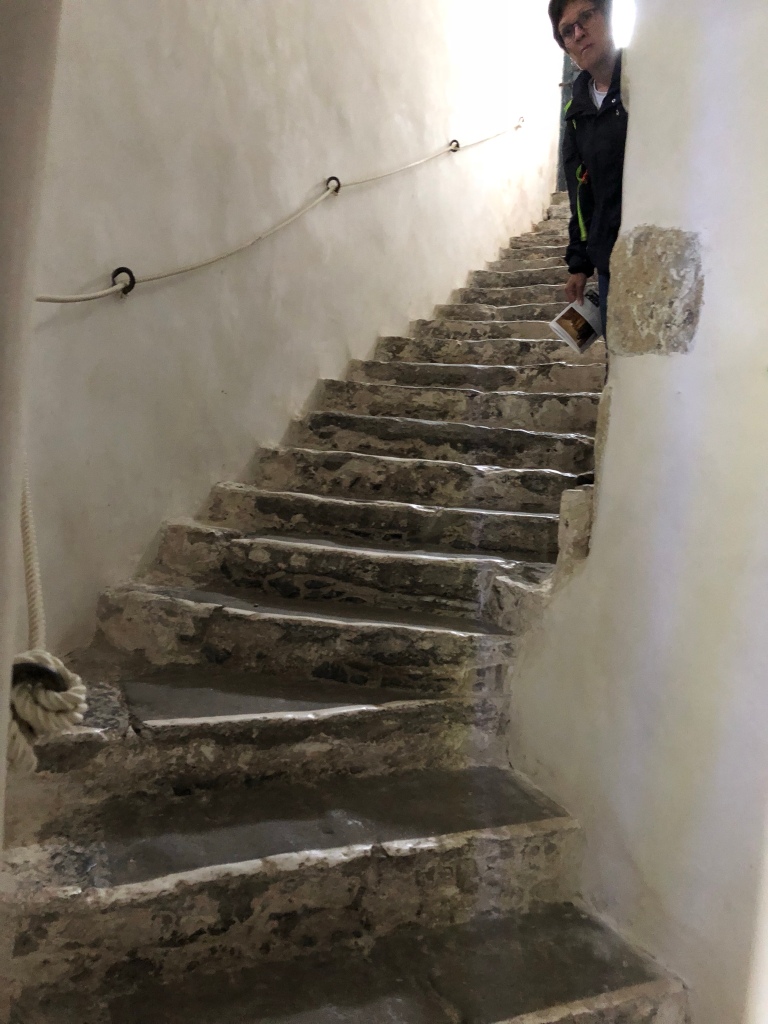 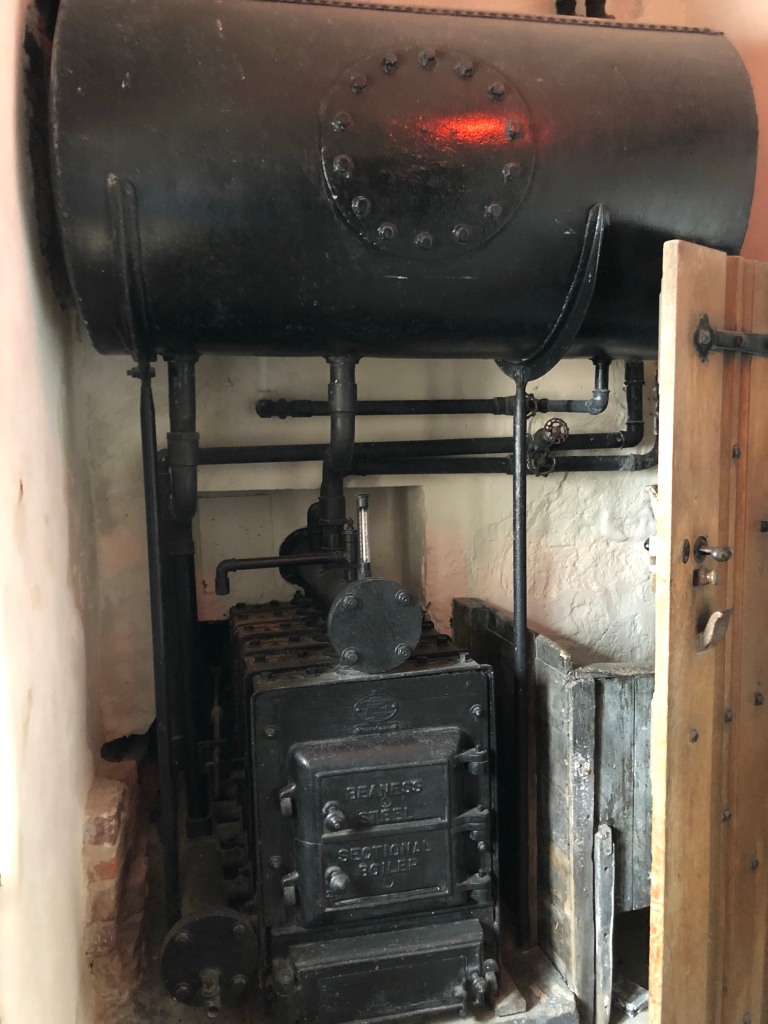 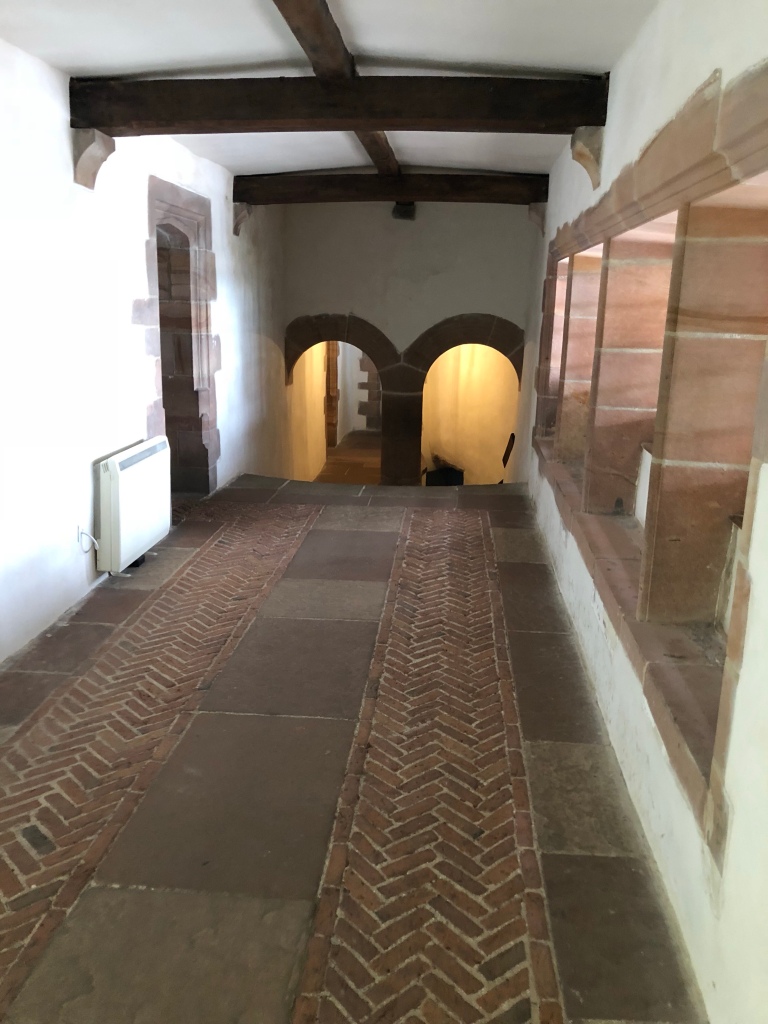 Looking back towards the village from the castle. 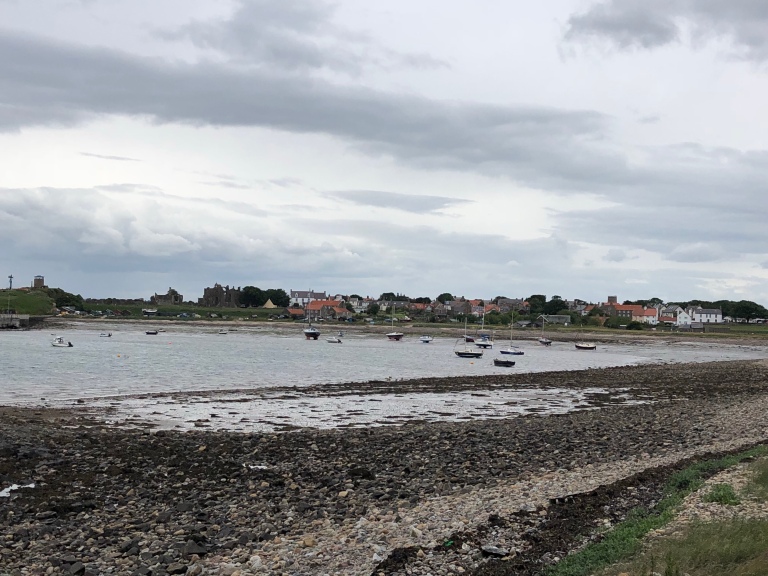 Banburgh Castle a few miles down the coast.

Walk back into town for coffee and on the road north.

Bit of Australia on the way to Edinburgh.

Arrived at race track. Think there is enough Motorhomes. 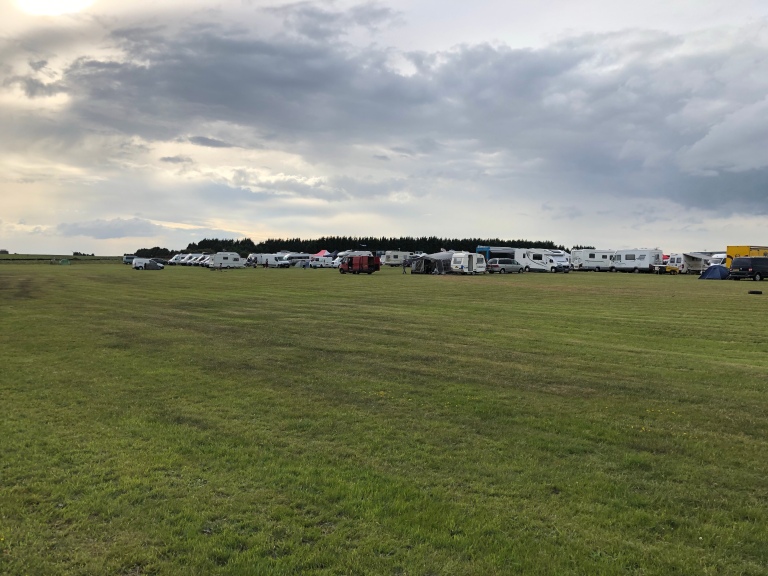 Dom, sticker still on the front of Bess.

2 thoughts on “THE HOLY ISLAND OF LINDISFARNE”