Off to the historic town of Pitlochry, with a couple of stops on the way.

Spotted this in the park. It’s called a Burton, home built in the Netherlands, built on early Citroen running gear.

Off down country lanes and over quaint bridges. 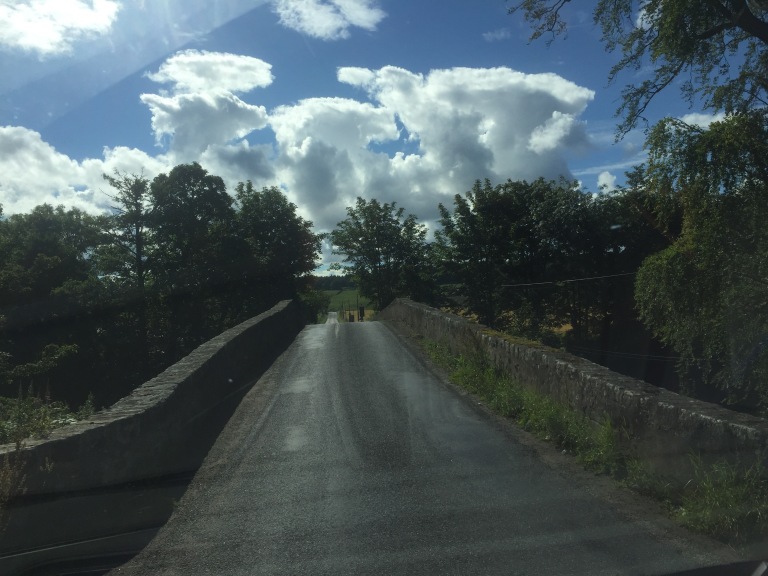 To our first stop up this lovely shaded entranceway to Cawdor Castle. 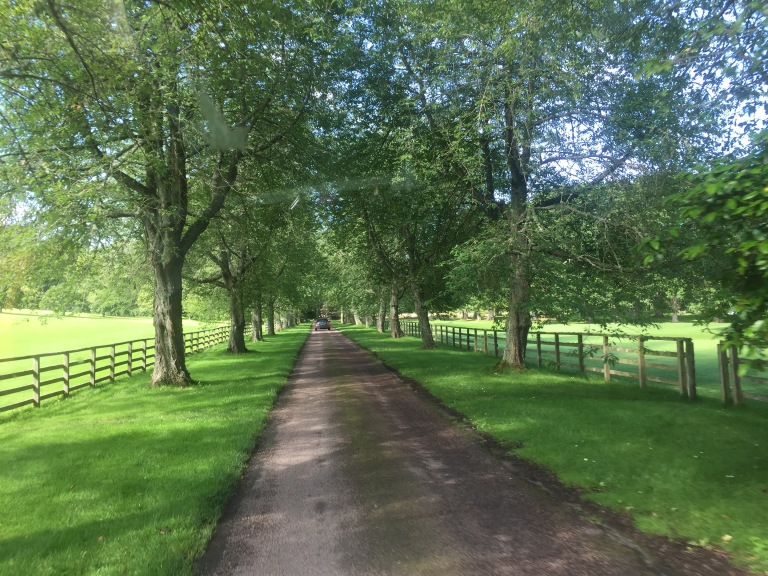 Guy and Kathie check out their new accommodation.

Bugger they found a wool shop.

How old are these?

Claire, Brad and Nic outside their summer residence.

Small accommodation, and not much of a view.

Looks like they have been here a while. The estate is around 60,000 acres, being run by a 76 year old dowager. Interestingly, 50% of Scotlands landmass is owned by 10 people, and the majority live outside Scotland.

Just adorable. His and hers.

Can’t tell you much about her, she was in the forecourt.

Obviously they had big feet in those days.

This must be the deluxe version.

Shot of the sitting room.

This was at knee height going up the stairs. They might have had big feet, but by golly they were short. 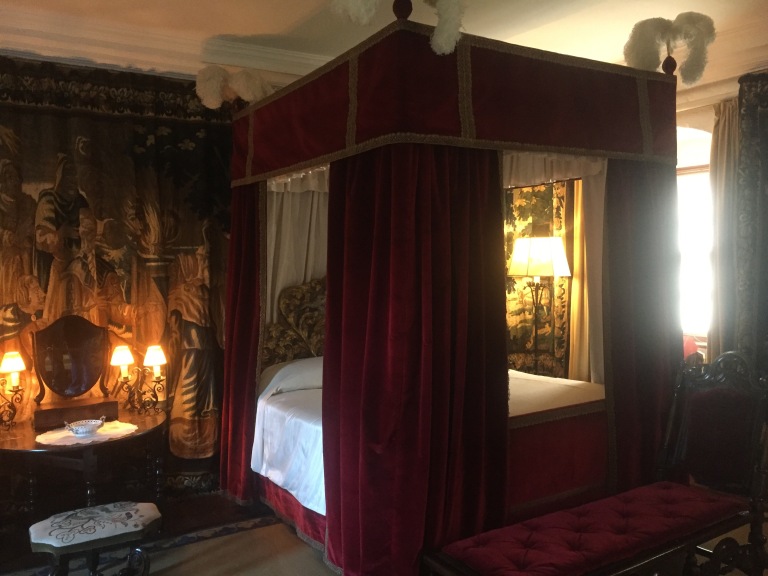 The place was full of tapestries to keep in the heat.

Not bad gore irons, but check out the mechanical bellows on the right.

Pick a rifle, any rifle! 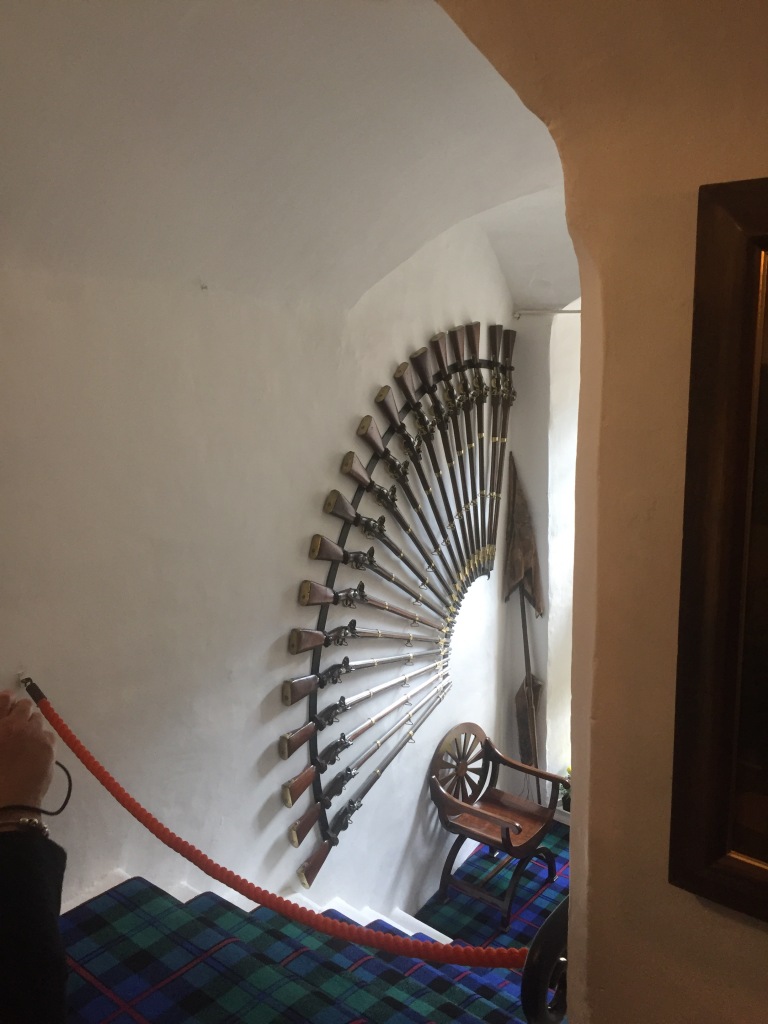 Stream running by the castle.

The flow over bedroom. 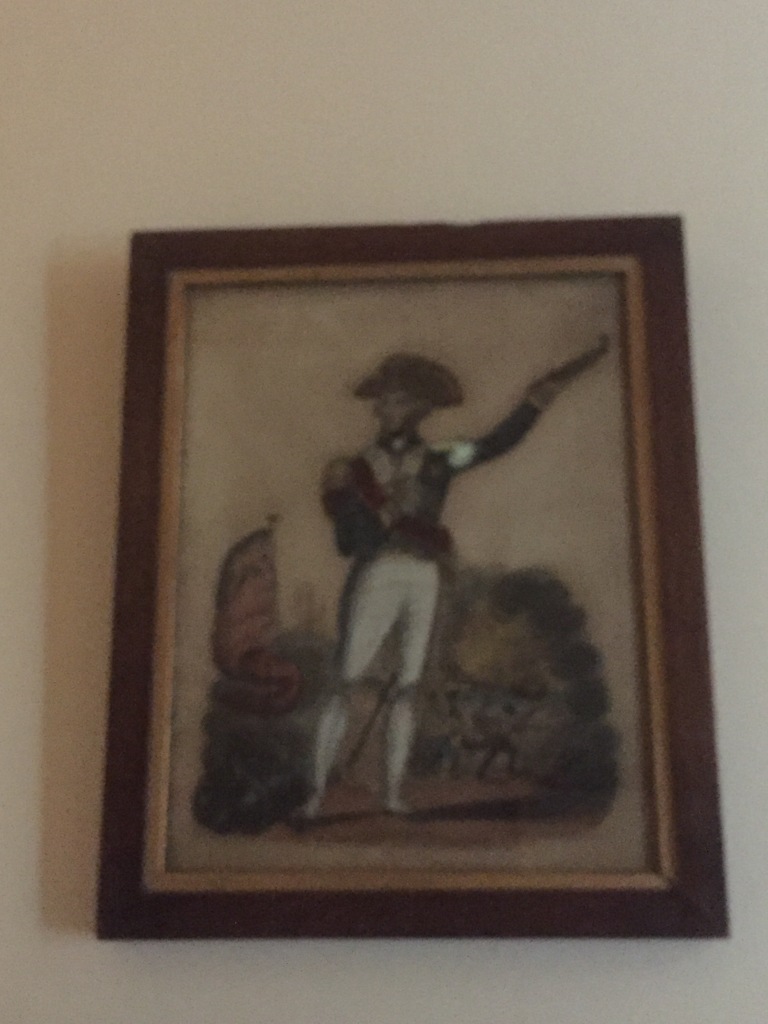 Looking past the bedrooms.

Chair with a difference.

Going down to the dungeons. 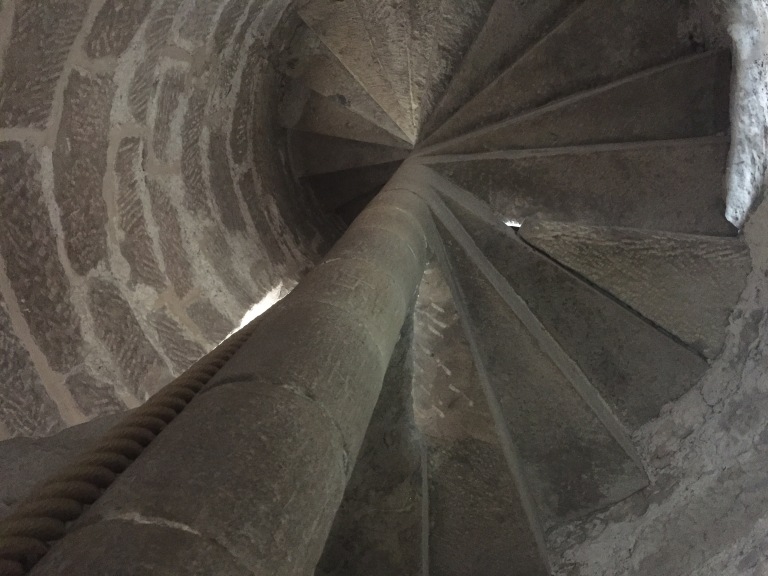 Inside the dungeons. Not sure about the tree.

Secret passageway leading out of the dungeon. 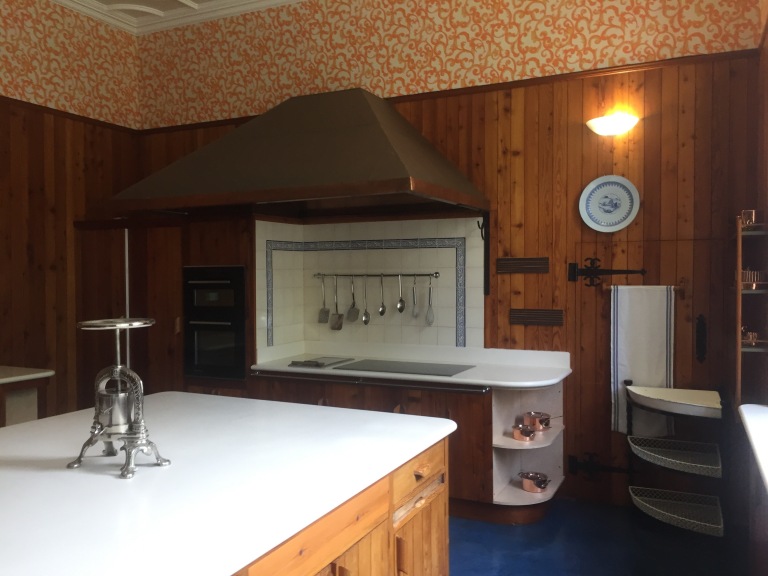 Guess what this is? Answer at the end. 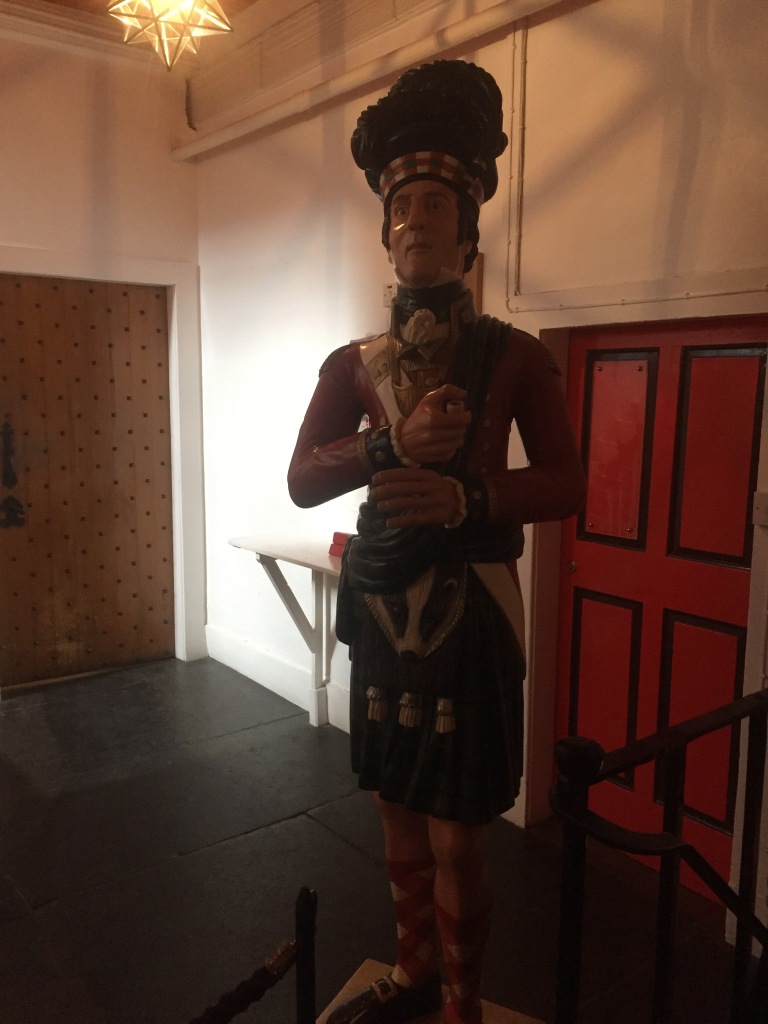 Australian magpie which used to be a family pet, 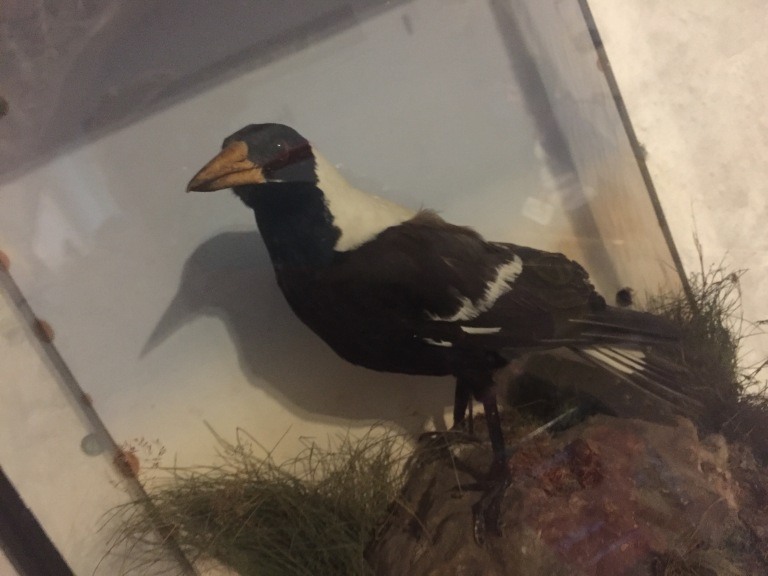 Not everyone can say they had an engine named after them. 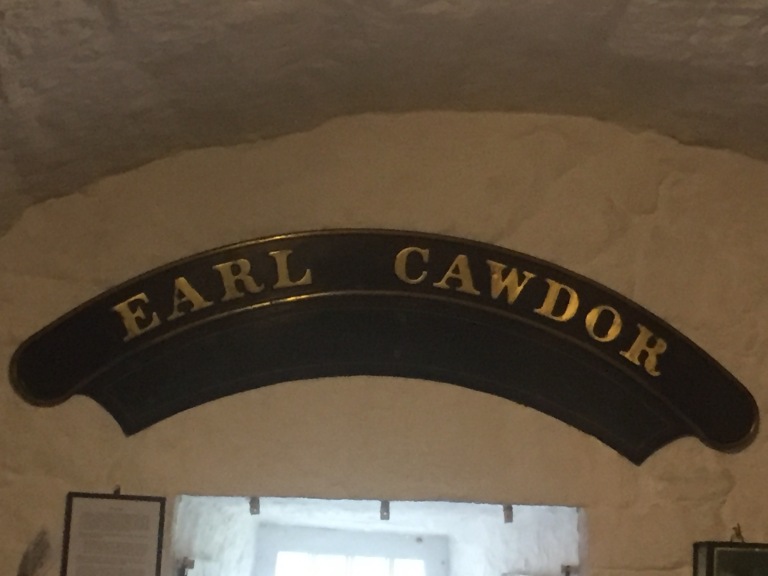 Couple of optical illusions. There is actually only one set in each photo, 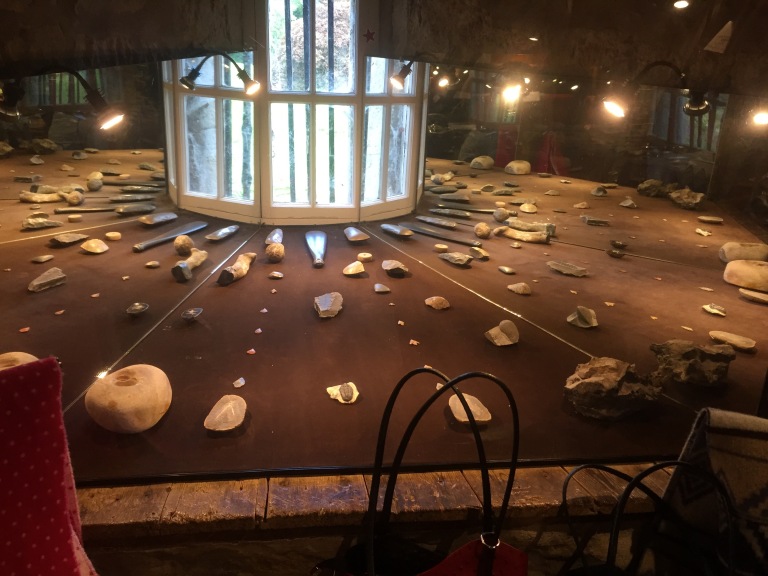 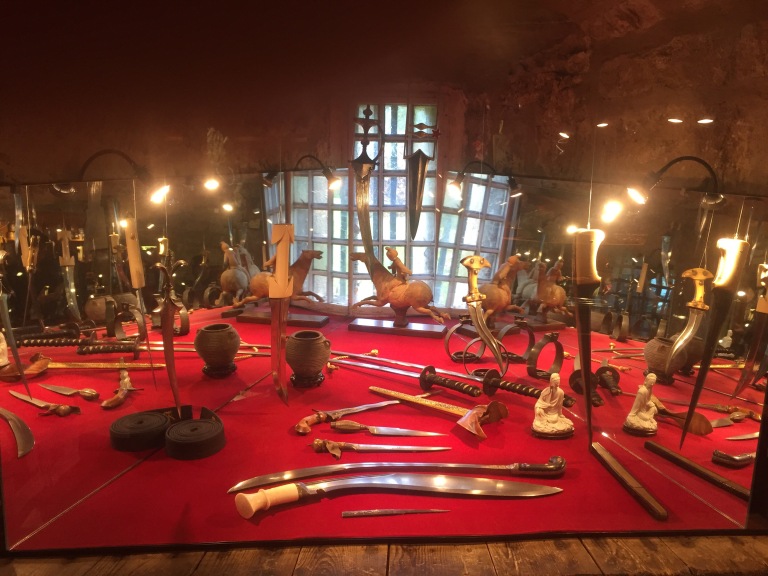 Scotch thistle. This plant was about three metres tall.

How is this for an ornate bird feeder.

Couple of giants in the gardens. Giant redwoods. 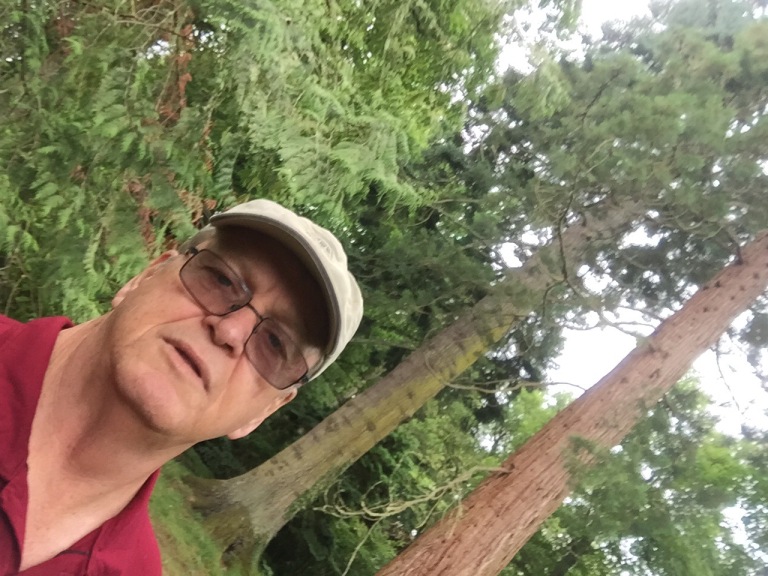 The gardens are amazing. 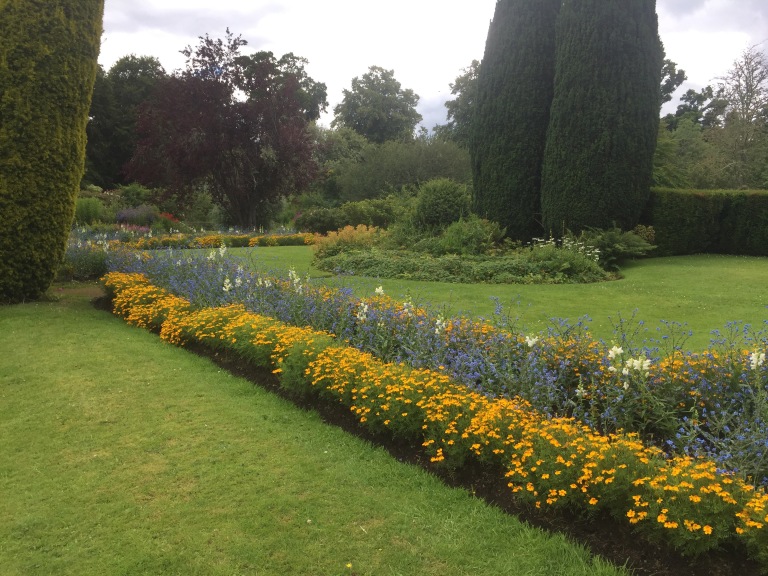 Fairy at the bottom of the garden.

Hebrides sheep. Some of them have four horns, similar to the Manx sheep on the Isle of Mann. 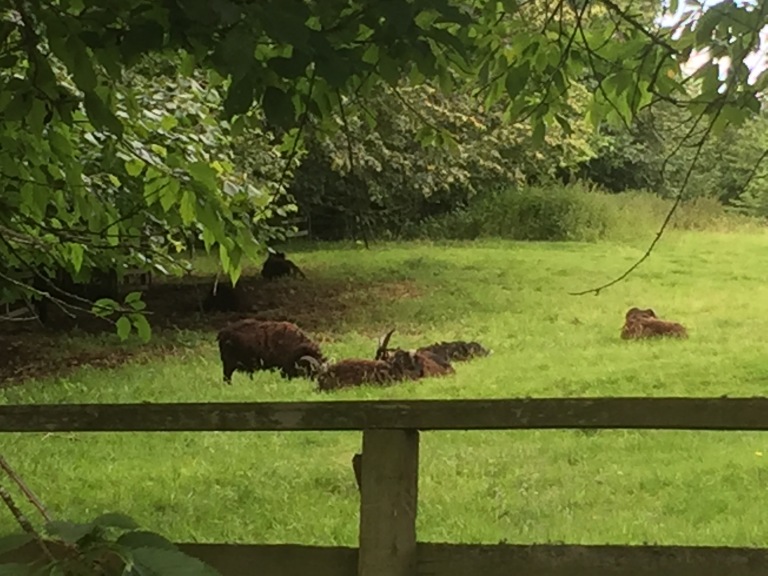 Leaving the castle we headed for our next stop. Crossed under some great rail bridges on the way. 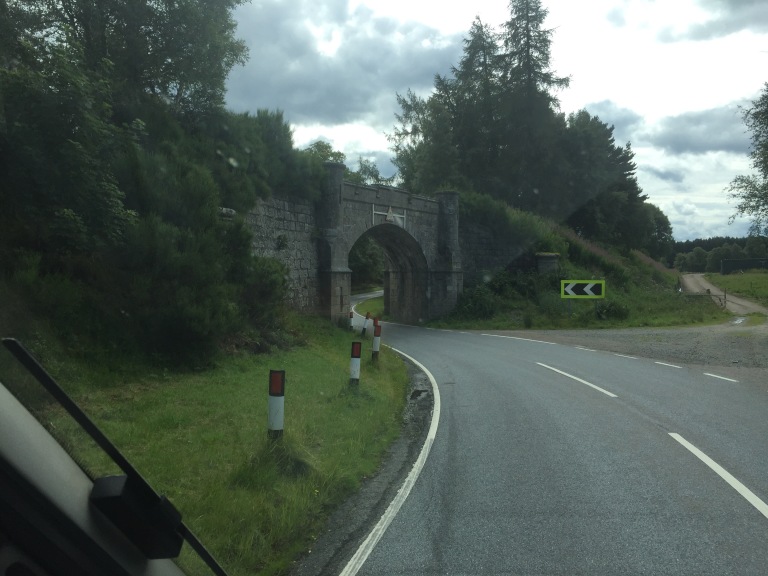 Stopped at Grantown on Spey for lunch.

Royal pillar, where a royal cross used to stand. Story is that three women wertiedto the cross and beaten, for supplying alcohol to the prisoners st the goal. Strangely the cross just disappeared soon after. 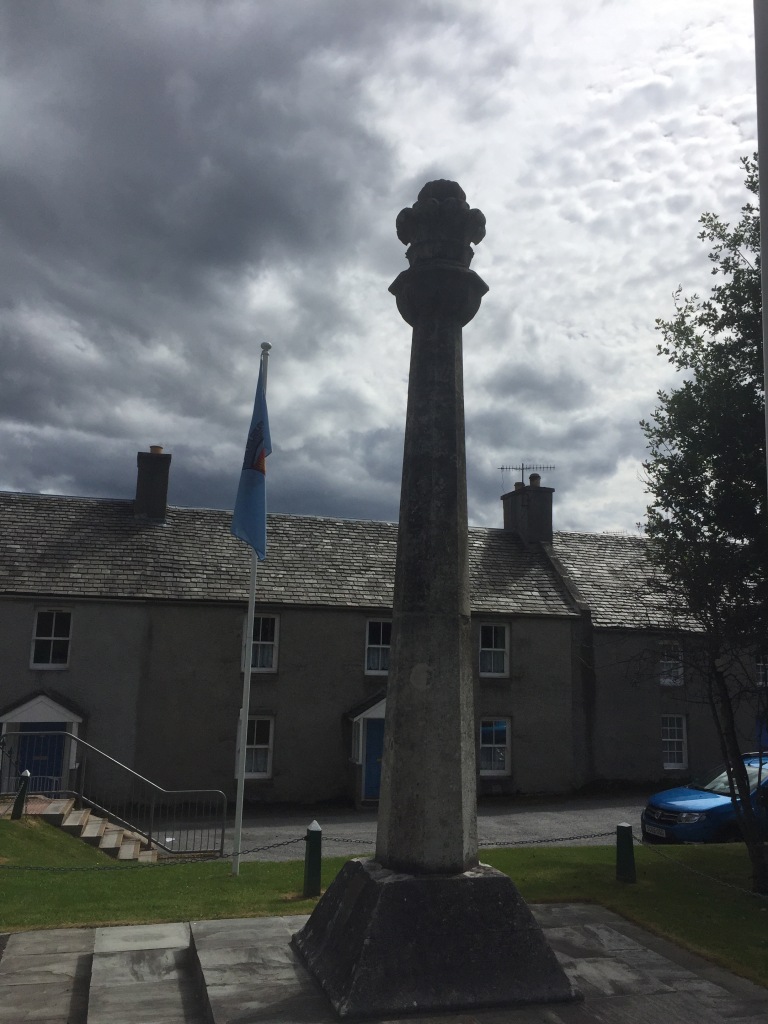 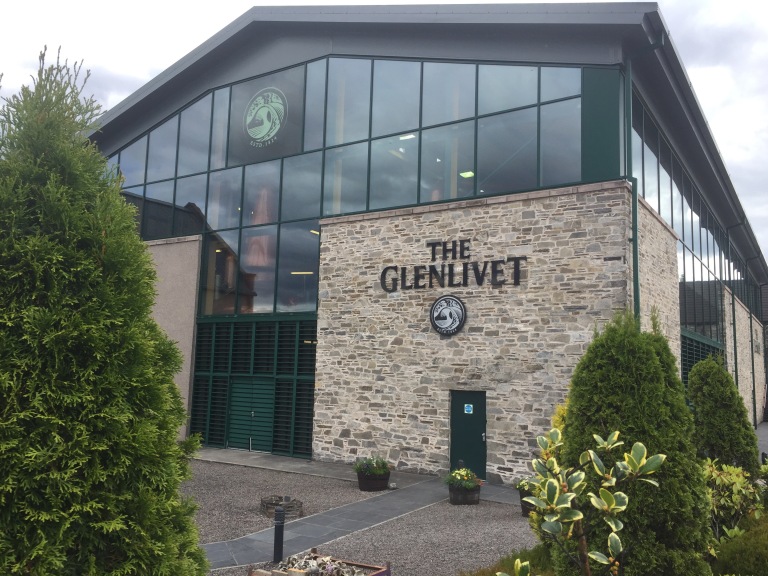 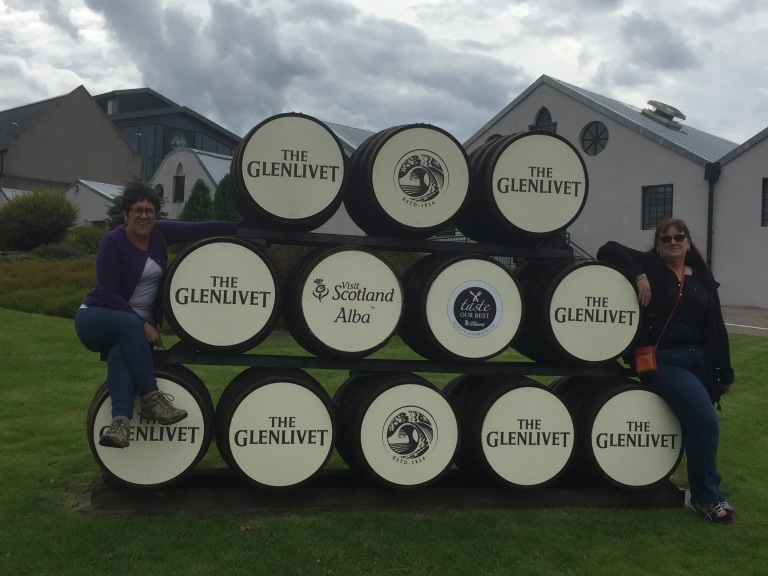 Watched the local cattle grazing while we waited for our tour.

We were not allowed to take photos, but I think we enjoyed ourselves, some more than others.

This is Sue Daws type of Christmas tree 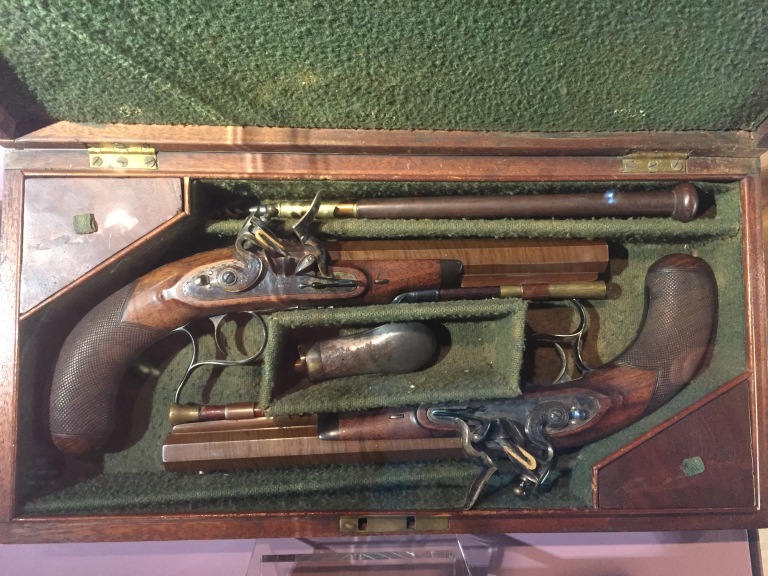 The bottle your own cellar.

Ruins on the road to Pitlochry. Yes it is raining.

Arrived st the camp ground, where we are staying for two nights.

Walked into town for dinner, crossing this swing bridge. 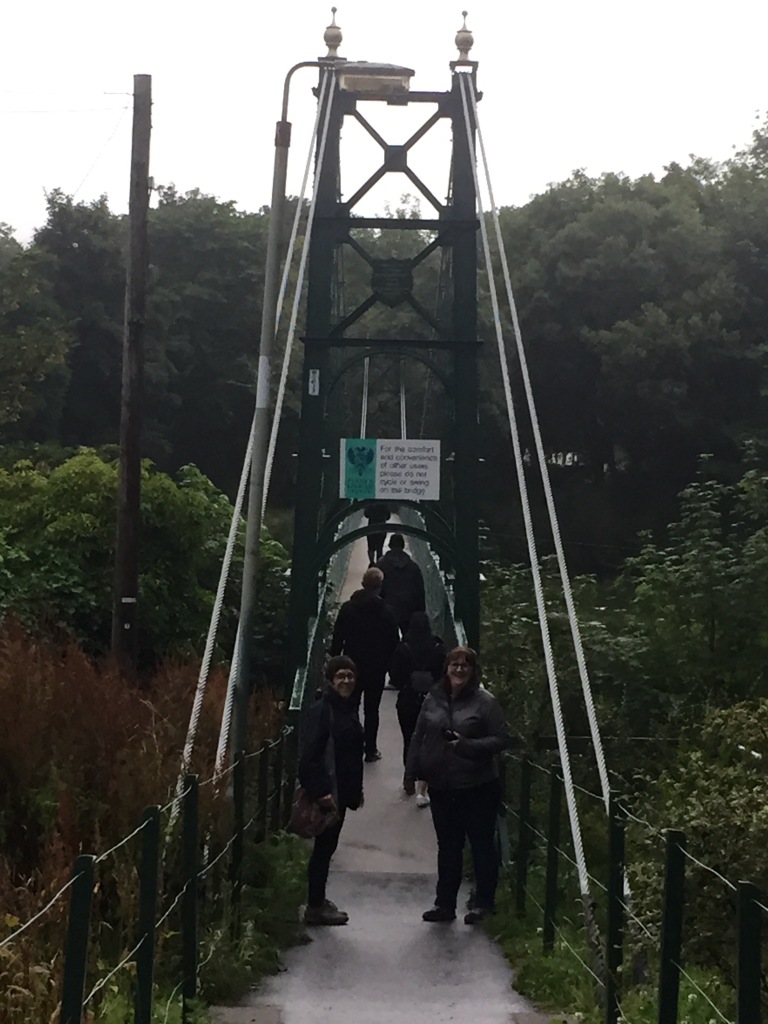 Dam and fish ladder this way. 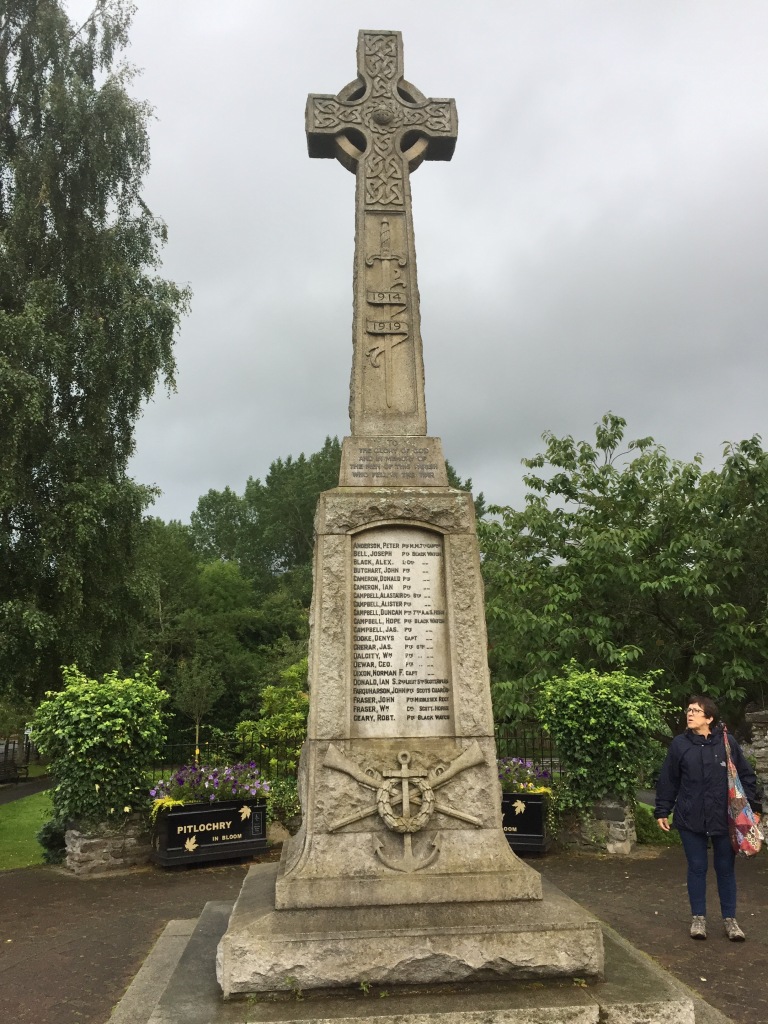 Stream running down side of street.

Seems tone a theme with these. Saw quite a few on the way into town. 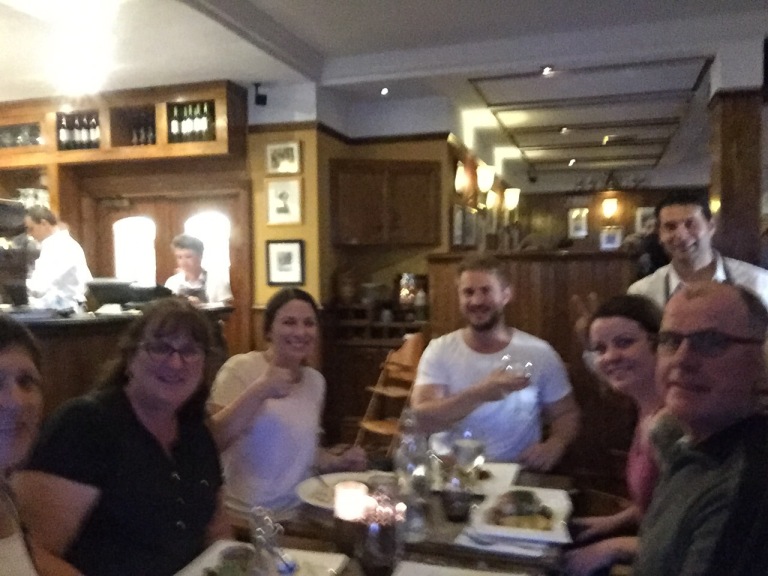 Great meal, great company. Now for the one mile walk back to camp. Need to walk.