Could have been the alcohol, or perhaps it was the travelling, but we woke at 12.45pm!😳😳

Very slow day, blogging and writing up diary. Wandered down to the restaurant for dinner, having real Czech food, meats and dumplings. Organized to catch up with Nightingales tomorrow afternoon.

Needed some supplies so headed to Europark shopping centre on the way into town. My runners had worn out and needed replacing. Su grabbed some cards and presents for back home.

That done we jumped on the bus and metro into the city to meet Cam and Jenny at the clock tower. 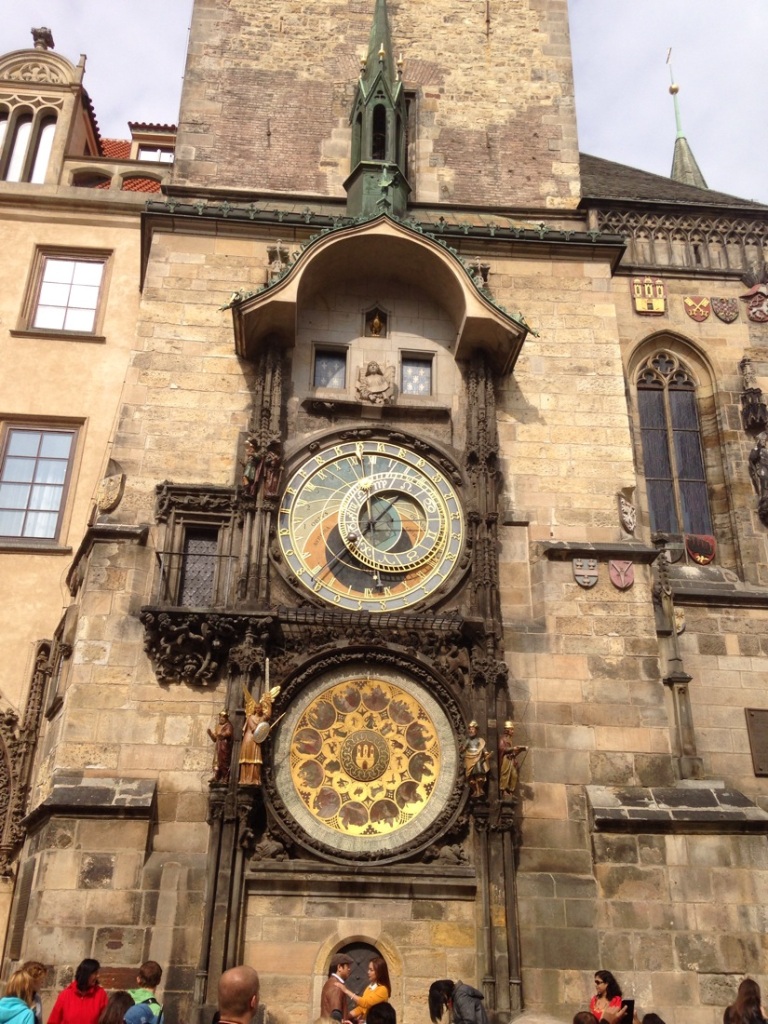 Connected and headed for the Charles bridge, 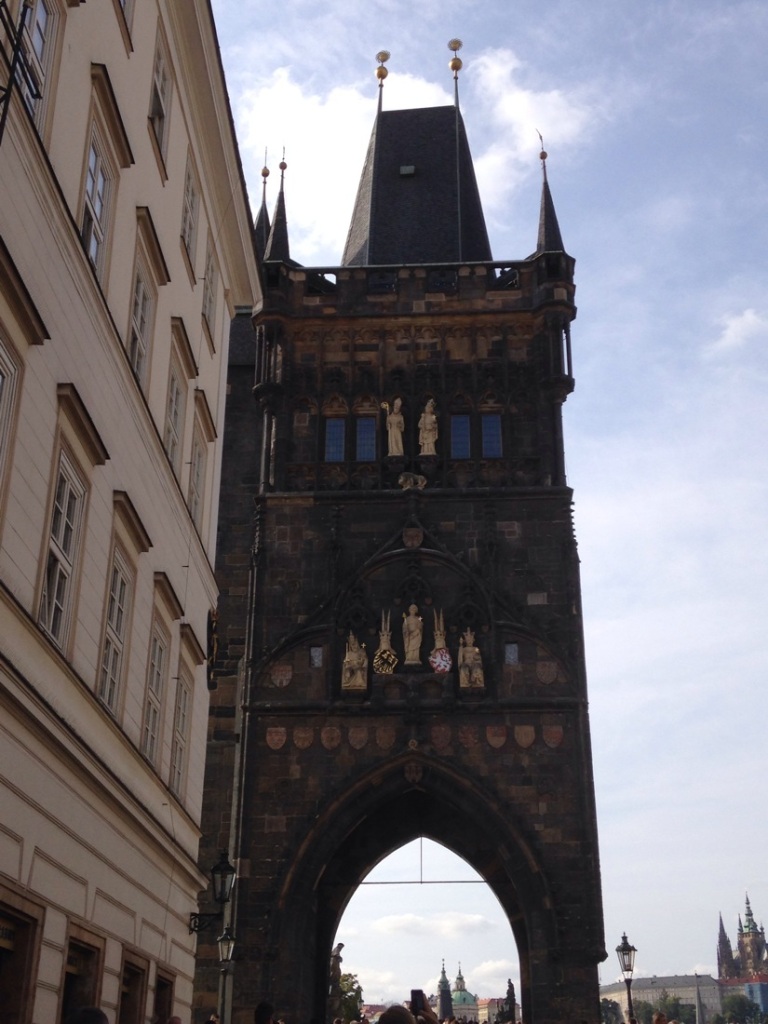 which we crossed and then headed off down the opposite river bank at a cracking pace. Thought I was back in boot camp. Crossed back over at the rail bridge and walked up to Vysehead, the site of the first palace. 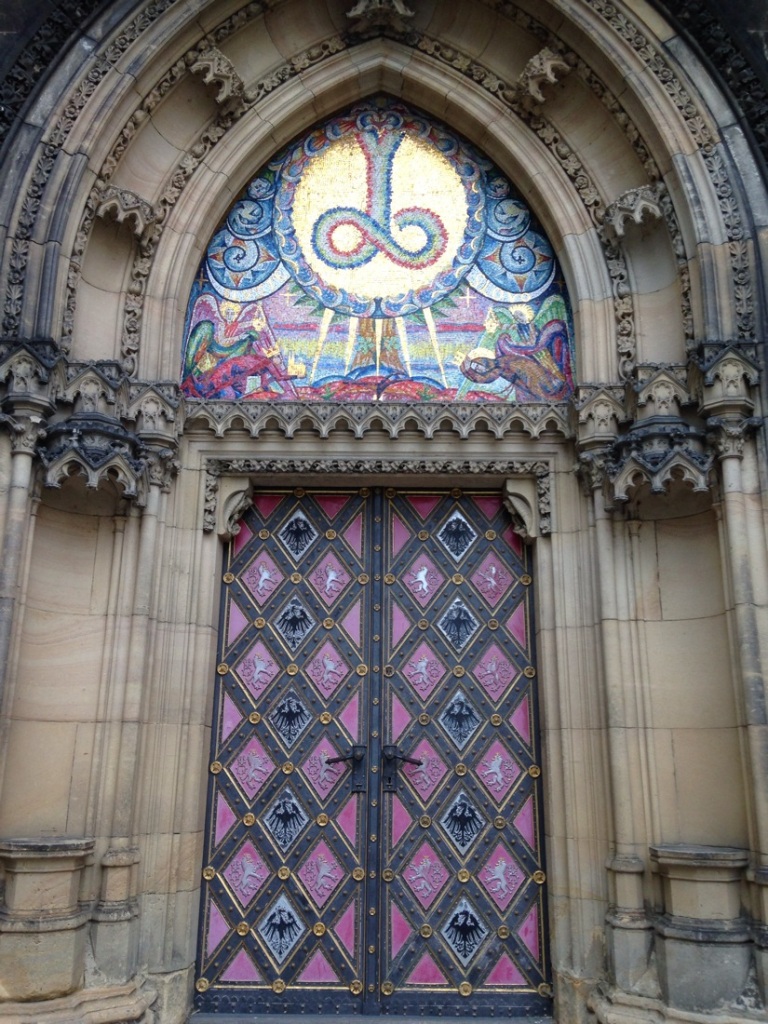 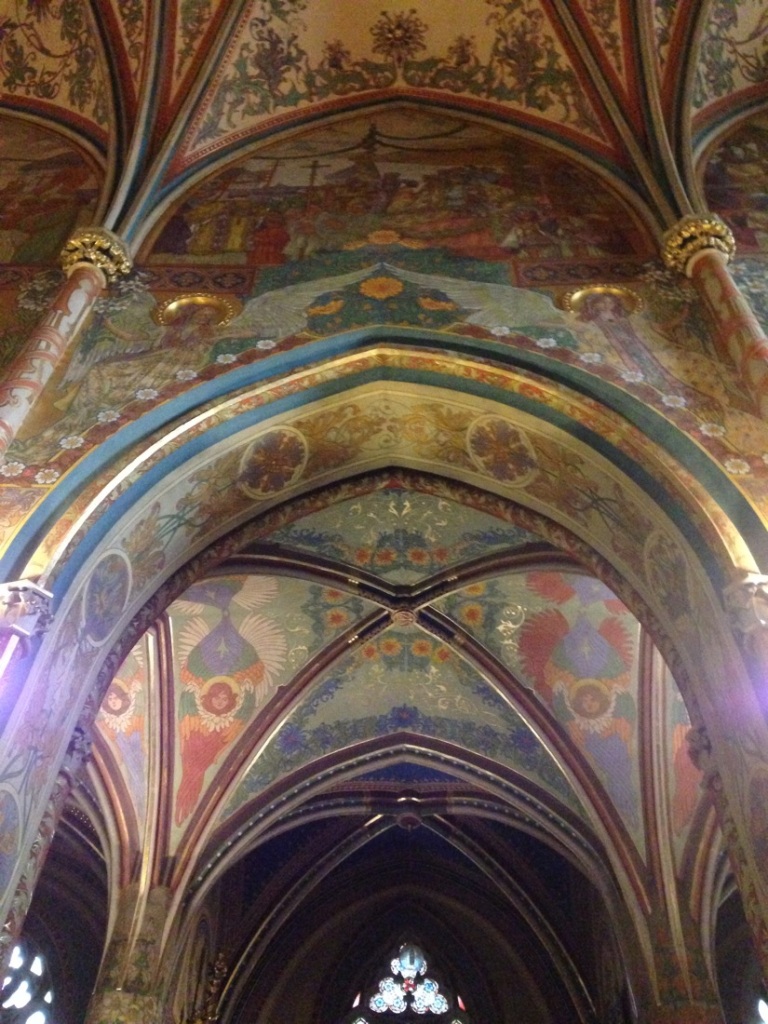 Looked through the church which was supposedly 1800’s but was rebuilt in 1006. Afternoon tea at the restaurant in the forecourt 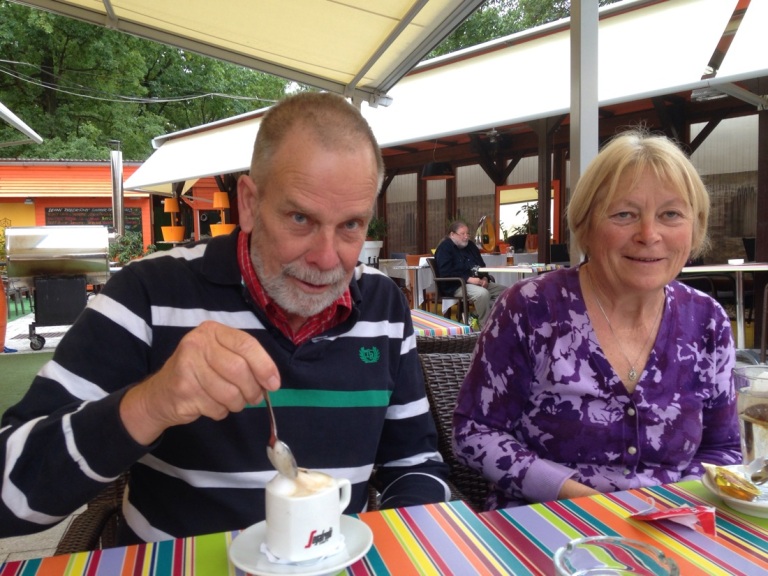 and then retraced our steps down the opposite side of the river. Really giving these new runners a workout!

Said farewell to Cam and Jenny at a building called Fred and Ginger. The two buildings are intertwined and look like they are dancing. 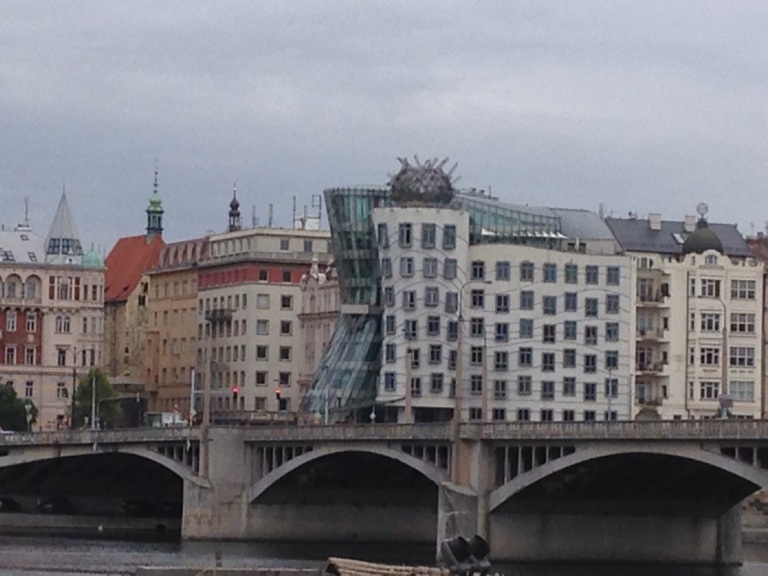 Wandered back towards the clock tower square, but stopped of at another square to look at stalls. I was watching a blacksmith making metal dice, when Su said she was going to check out a restaurant for dinner tomorrow night. Came back don saying she went the wrong way, and headed off in another direction.

Standing watching the blacksmith when this voice beside me says hello. It was Sarah Jane!😳😳 surprised I said to her, hello love and gave her a cuddle. Really wanted to pick her up, but given that she had surgery earlier in the year I thought I better not. What are you doing here? You’re it supposed to be here until tomorrow. Sarah said that she and Su  had organized it ages ago. Devious pair.

Walked down to Su and Lynton, who had just ordered a beer and wasn’t moving. When in Prague, so orderd one too. Then found out that they had booked a B&B two minutes away for two nights. More scheming, and I thought they were friends. 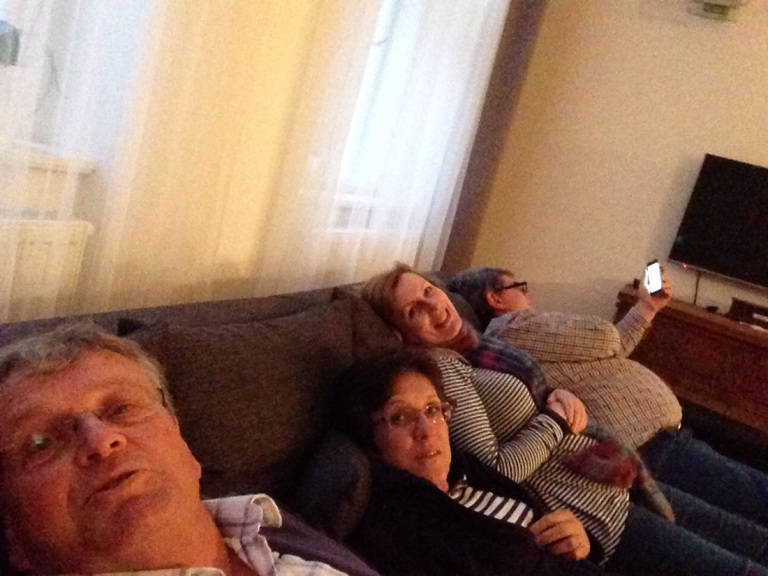 What a tremendous surprise and an early birthday gift.

Walked back to the B&B to discover it was two bedroom and we would be staying too. More scheming. Decision was made that Su and I would go back to Myryle and collect some things and come back in. This done, we then headed for dinner at an amazing restaurant around the corner in Wencelas Square.

Walked back to B&B for a quiet red and as it was past midnight, birthday greetings began arriving by viber. Went to bed a very happy boy.