Some shots of Verdun on the walk in. Only one kilometre. It was so hot last night we all went for a swim in the camp pool. Yes, even Su. 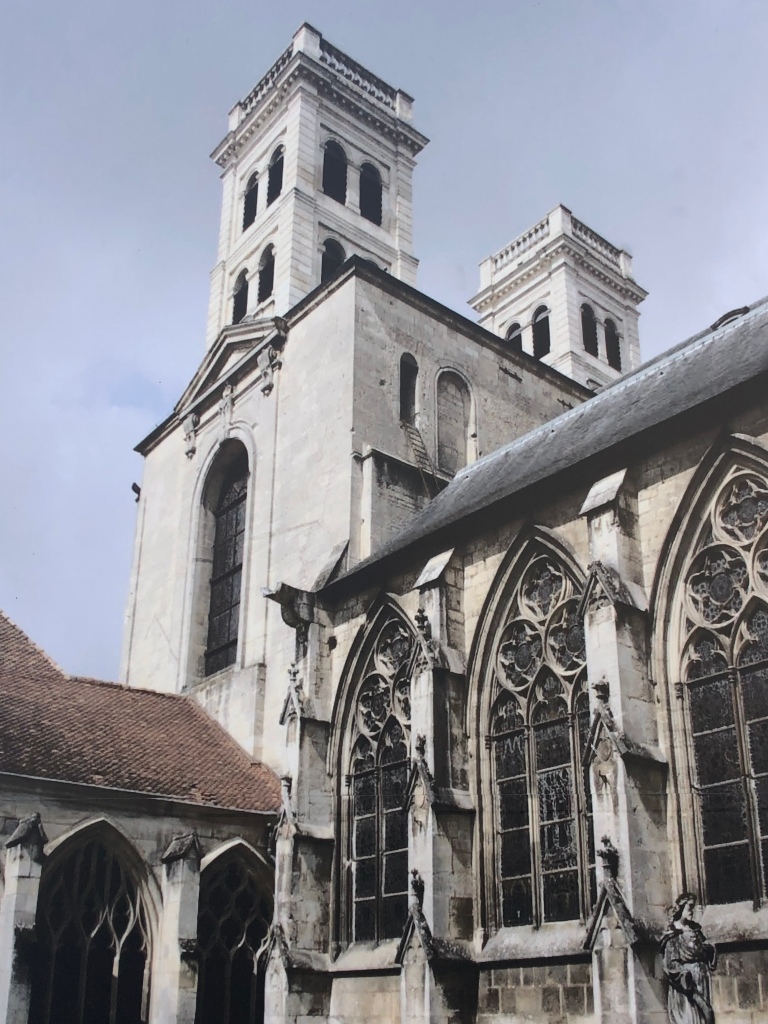 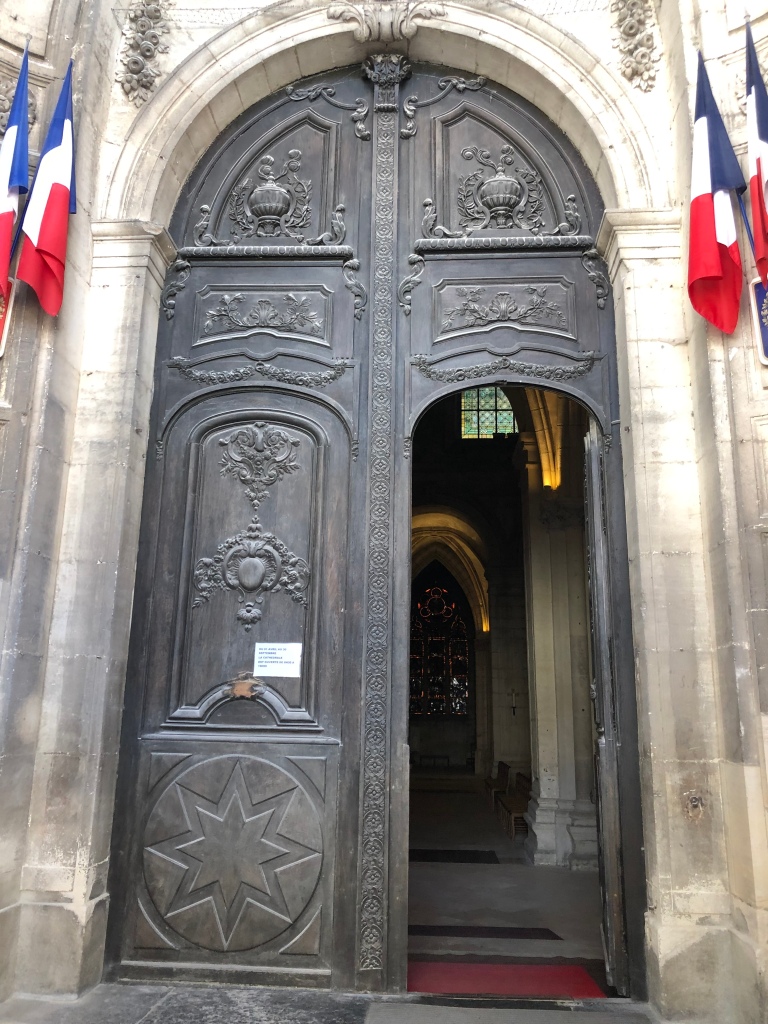 Lovely and cool inside. We are in the middle of a heat wave here. Thirty five degrees outside at ten in the morning, and the next few days will be hotter. 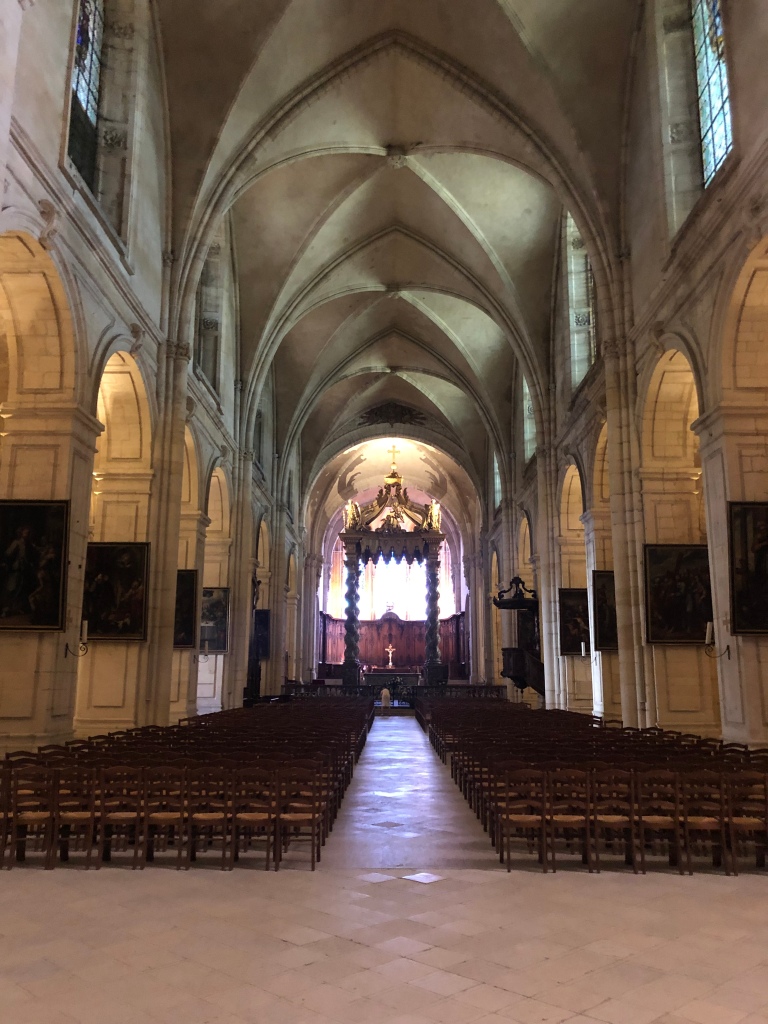 Great carvings on the alter and misericordia. 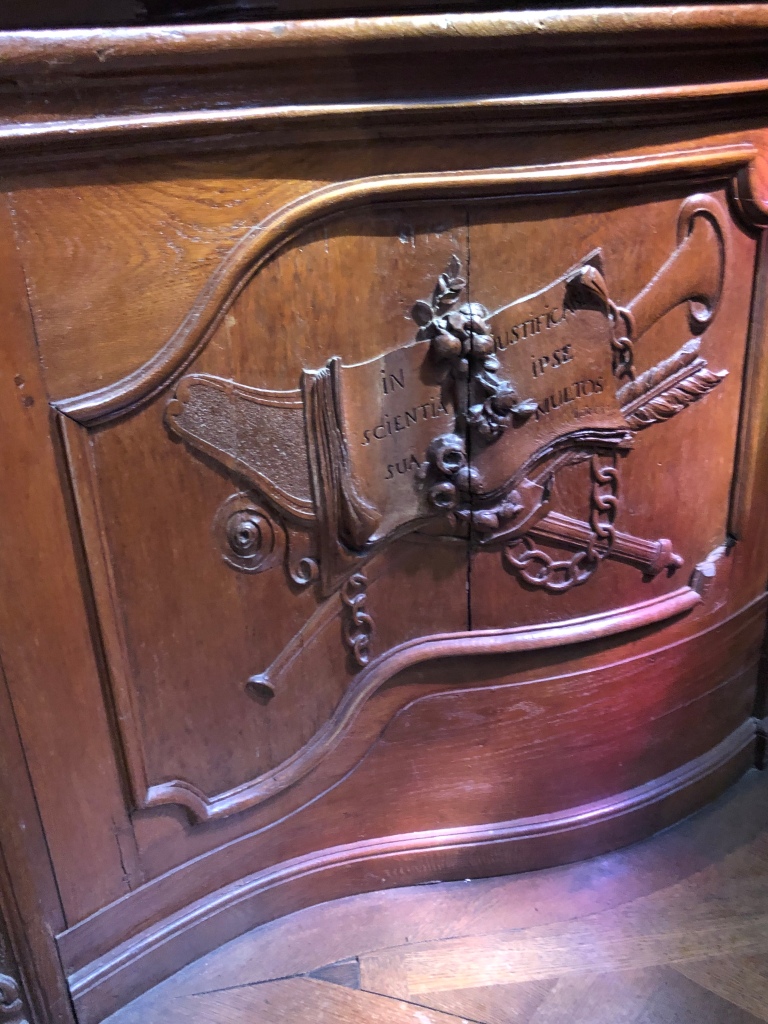 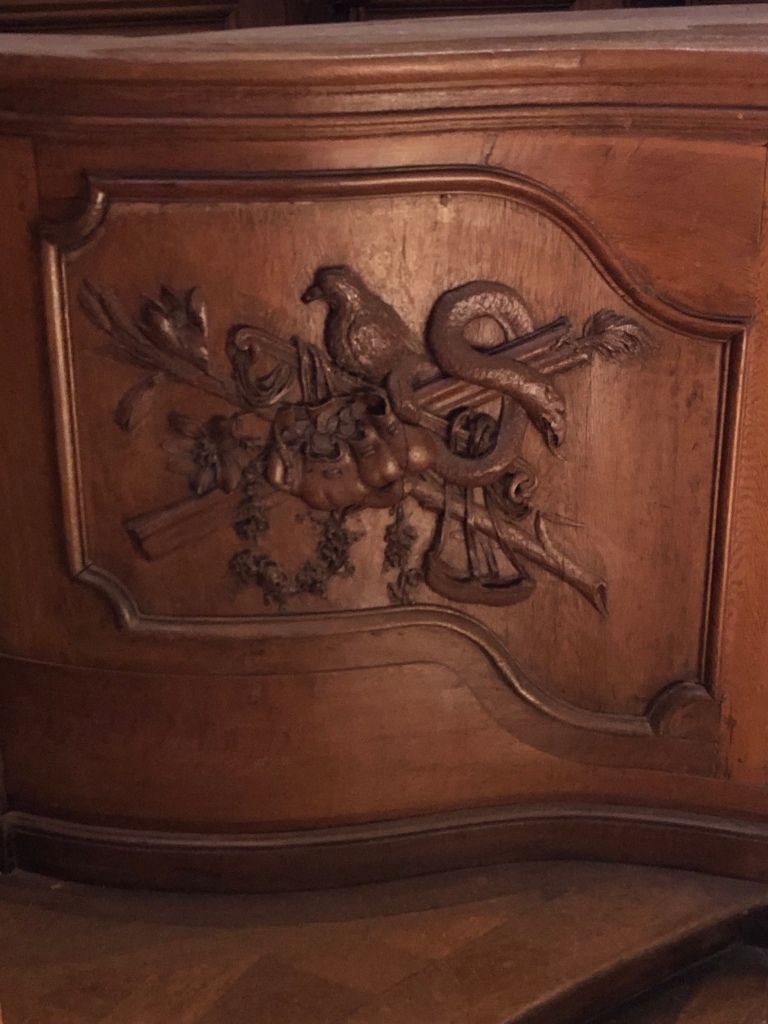 Check out the work on the barley sugar columns, and they are solid marble. 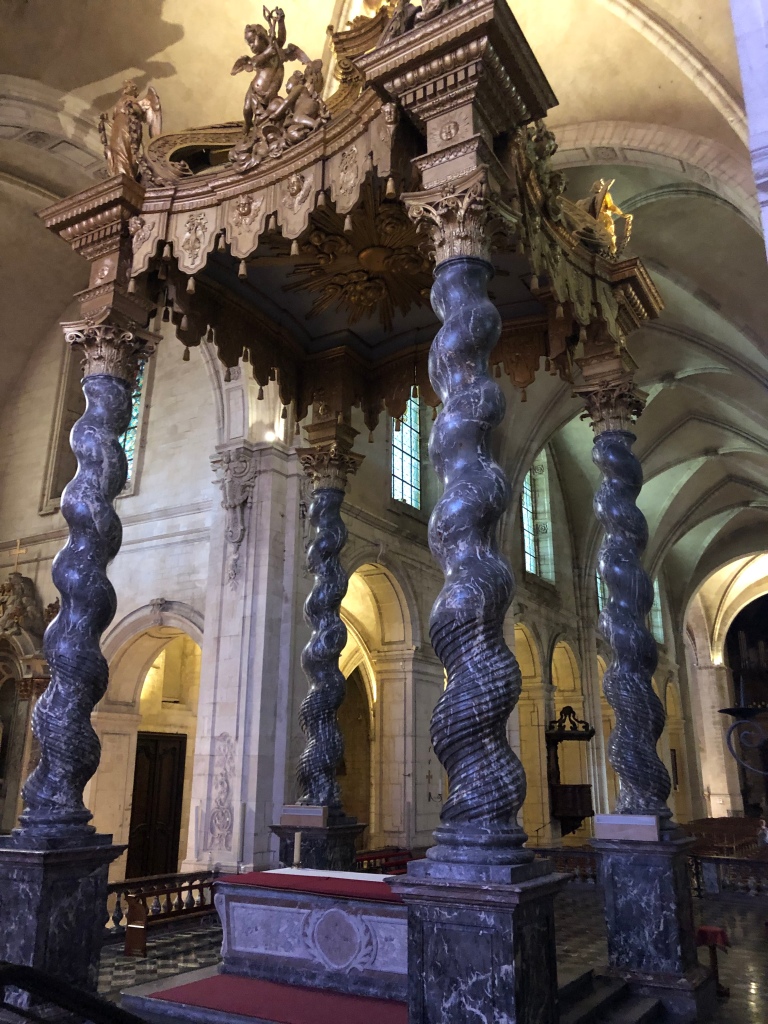 Another great array of windows. 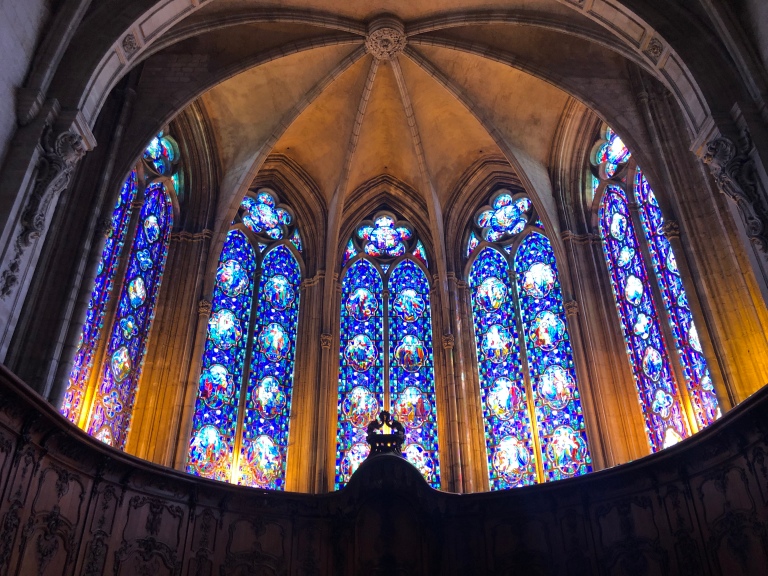 Detail on those doors. 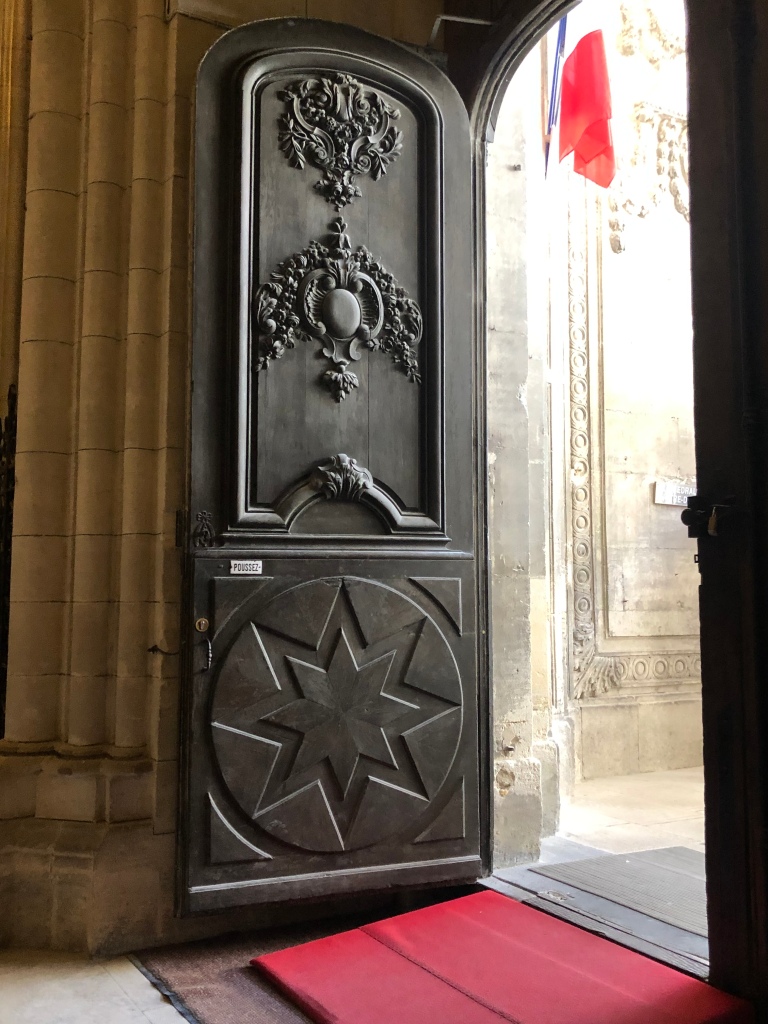 Steps up and down to the church. Ninety seven each way by my count. See the little shrine on the left. 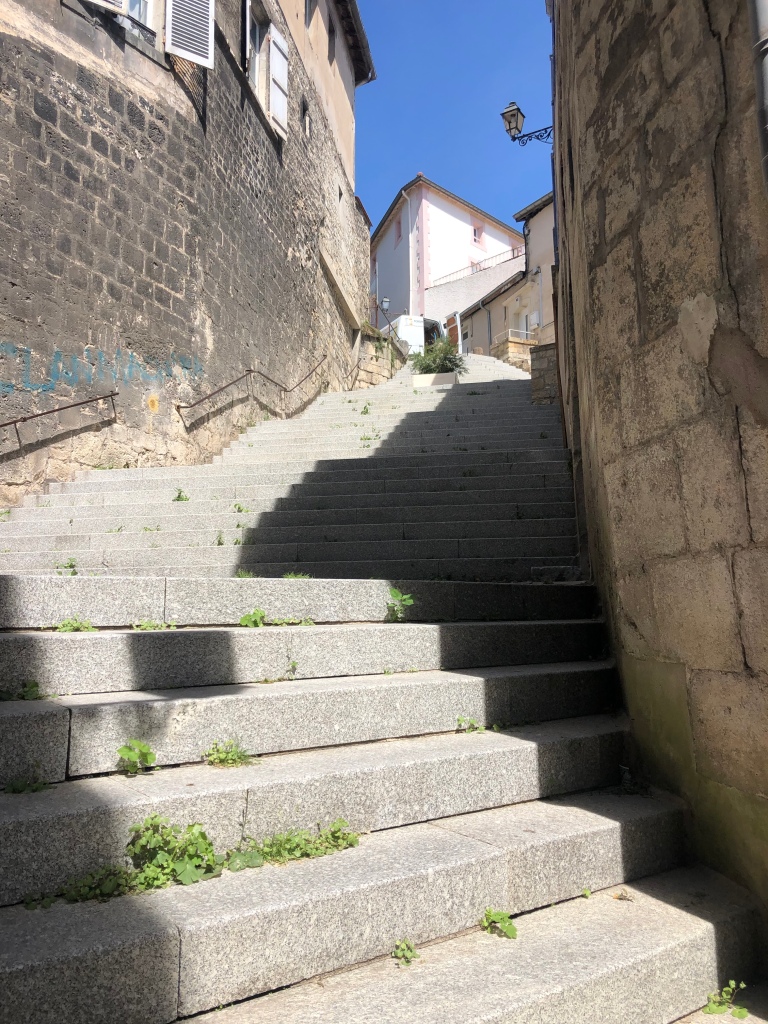 This is the shrine, halfway up where you can pray that you survive the rest of the climb.

Need a fluid balance after that. 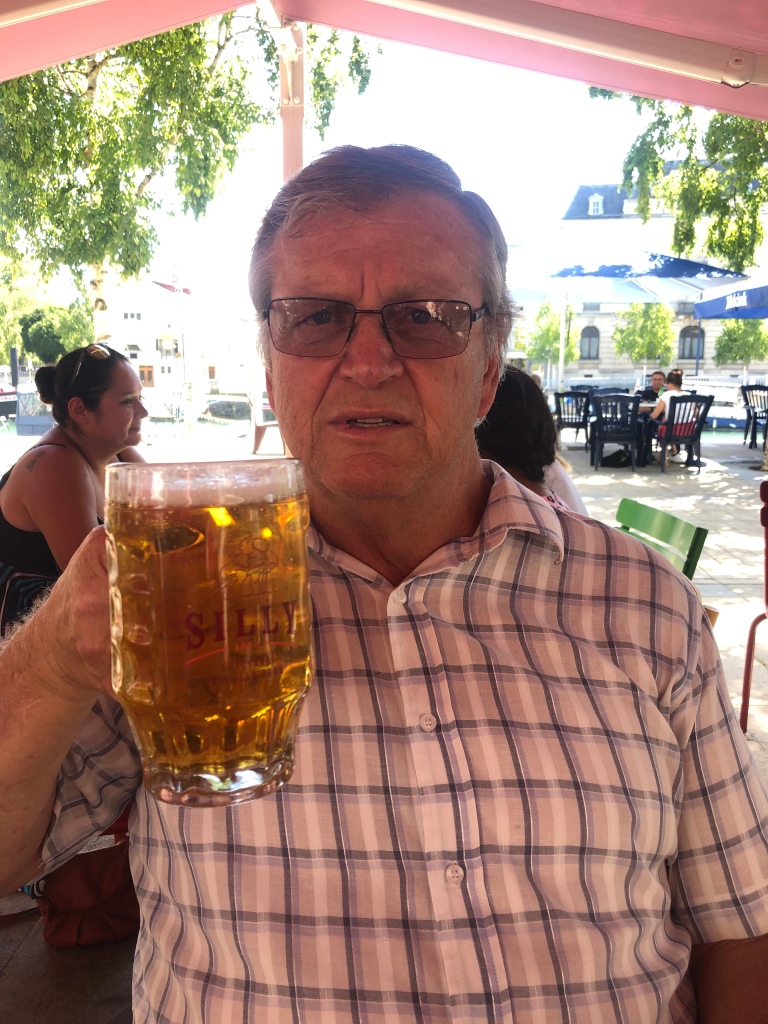 Time to catch the bus for our tour. First stop, the village of Douaumont, which was totally flattened during the war.

Looking across the bomb cratered landscape. 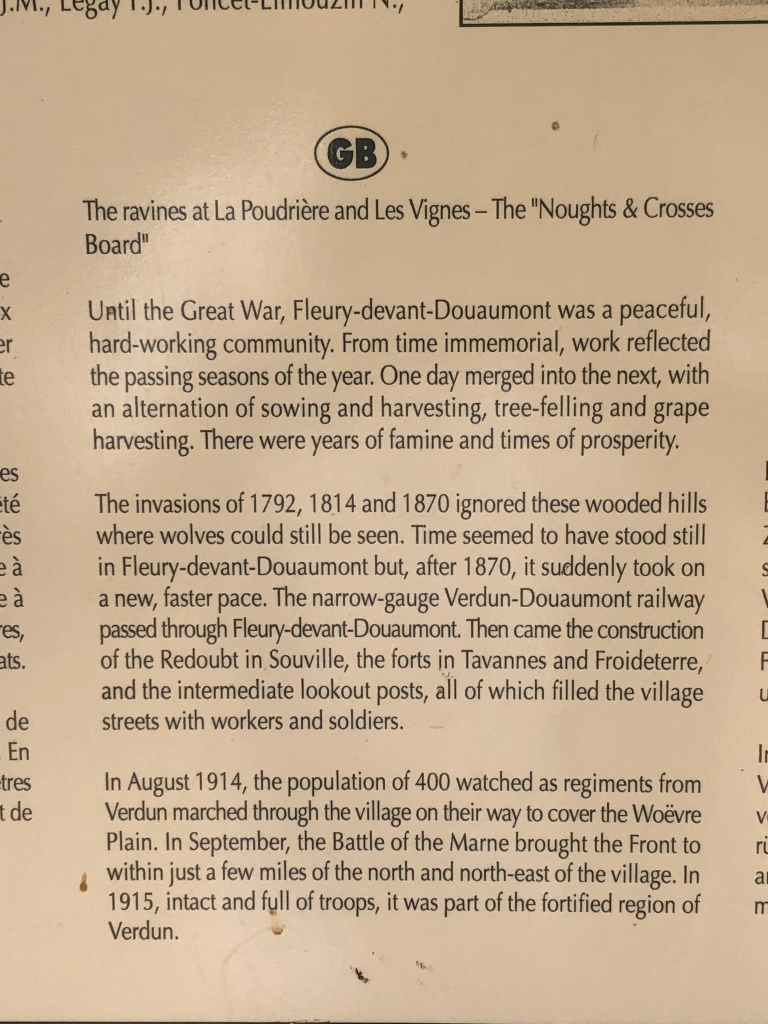 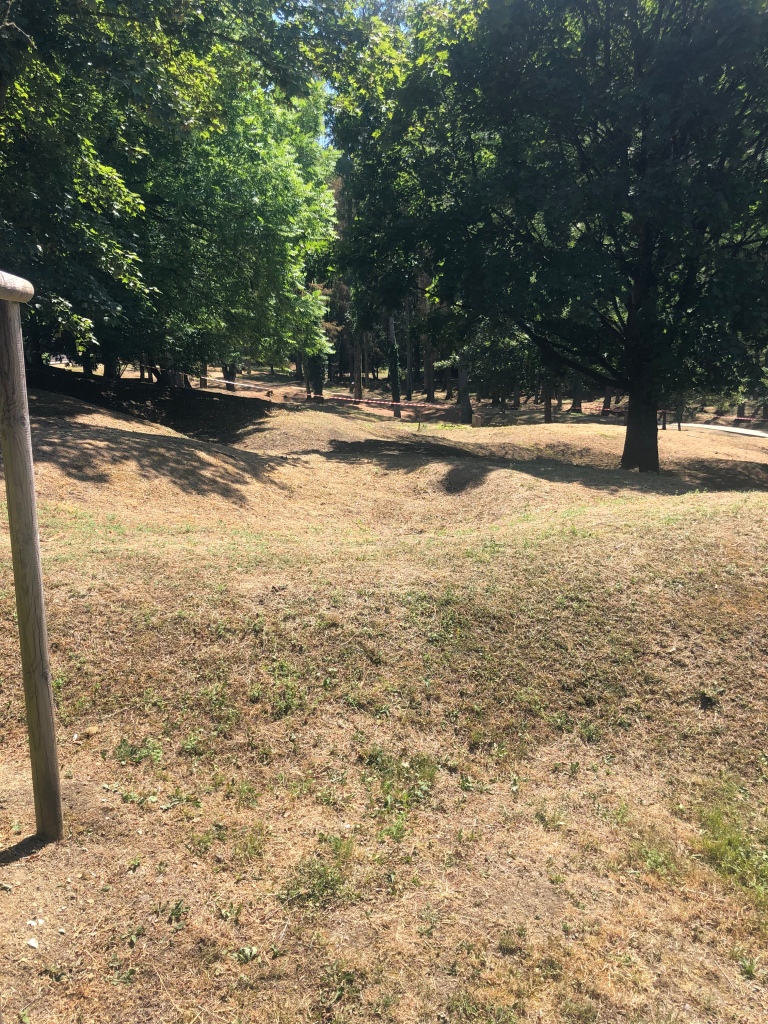 Only the church was rebuilt. 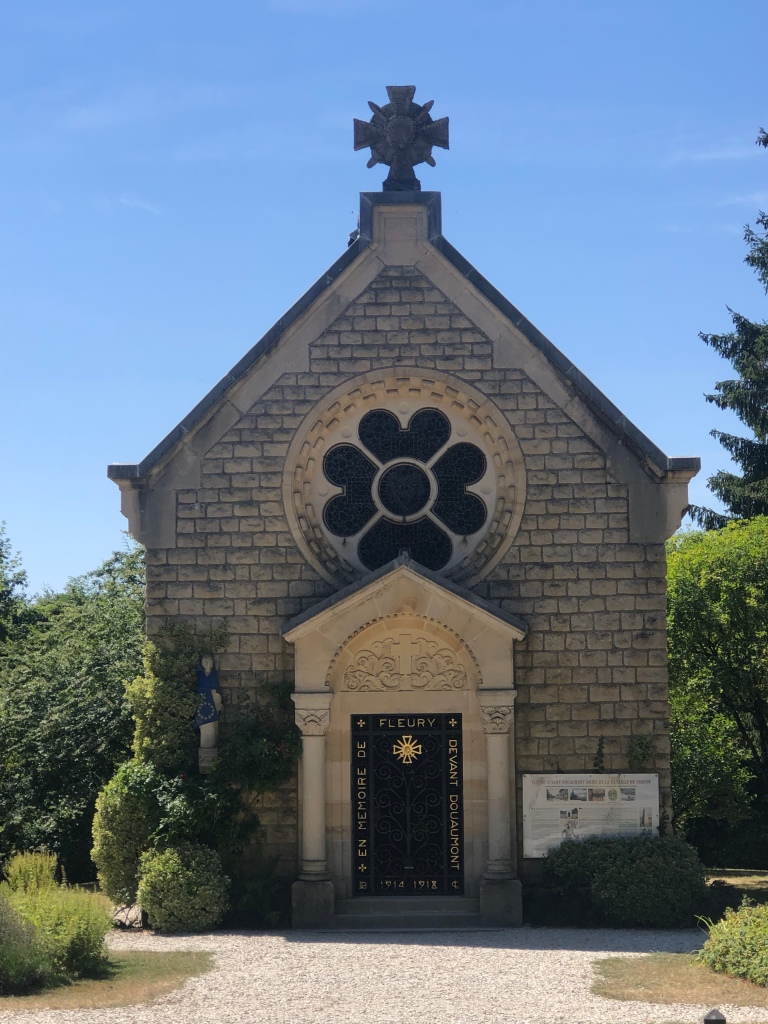 Each of these plaques says what was there before the war. 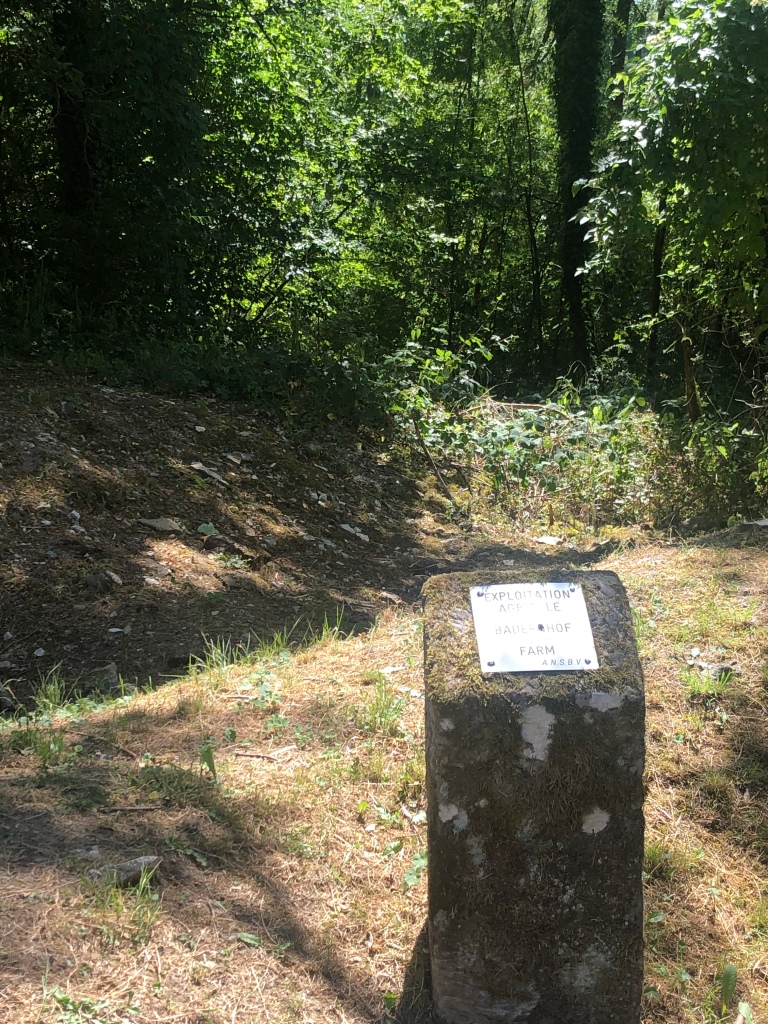 Notice the red and white tape. This signifies unexplored ordinance in the area. A great deal of the town is surrounded by tape.

Little statue out in the bush. 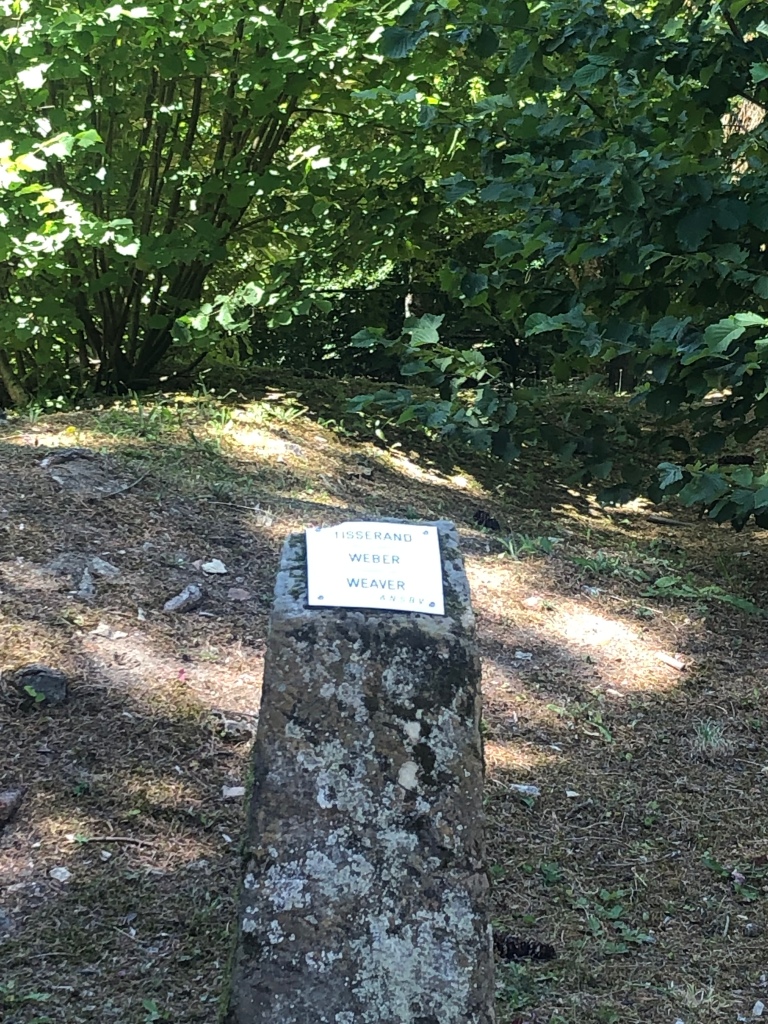 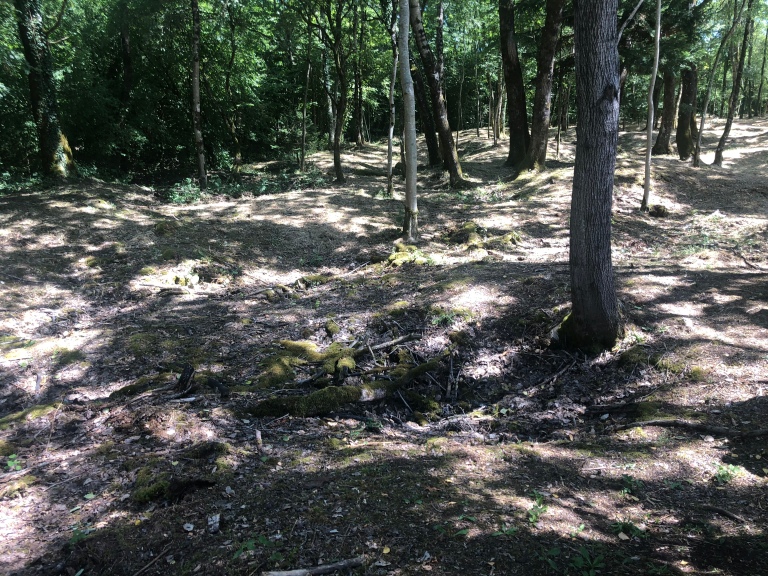 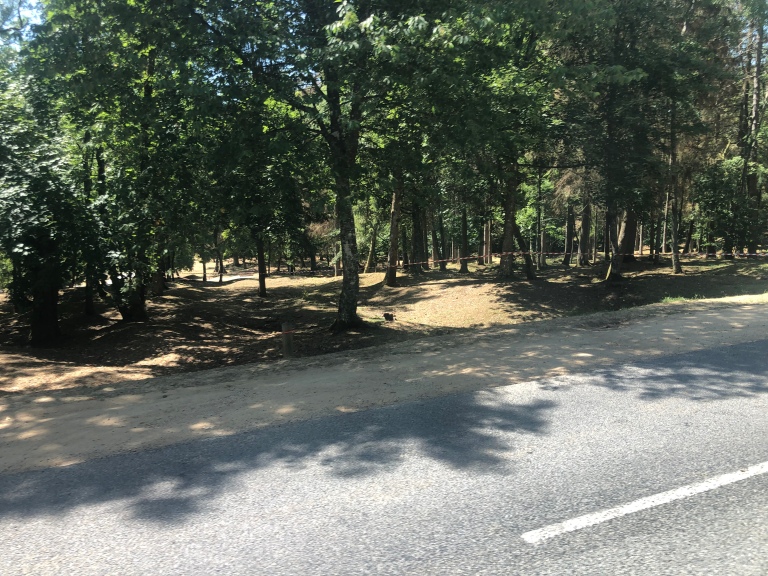 Next stop was Fort du Douaumont. Occupied by the French, then the Germans and then the French again. A huge subterranean structure, housing up to six thousand men. 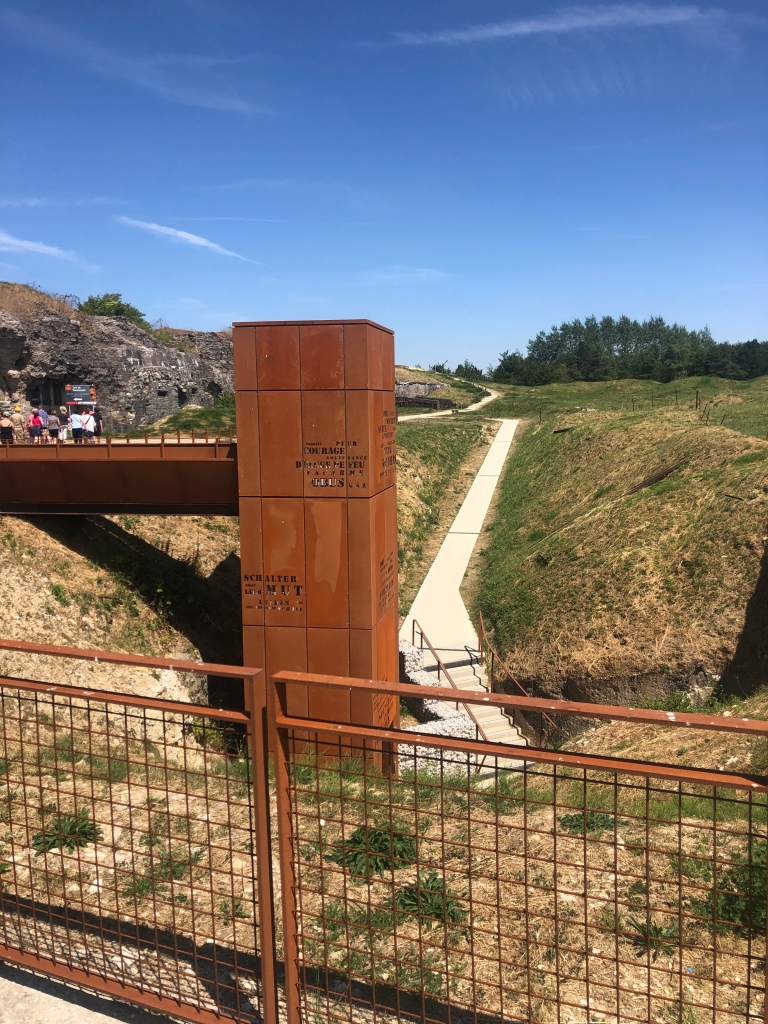 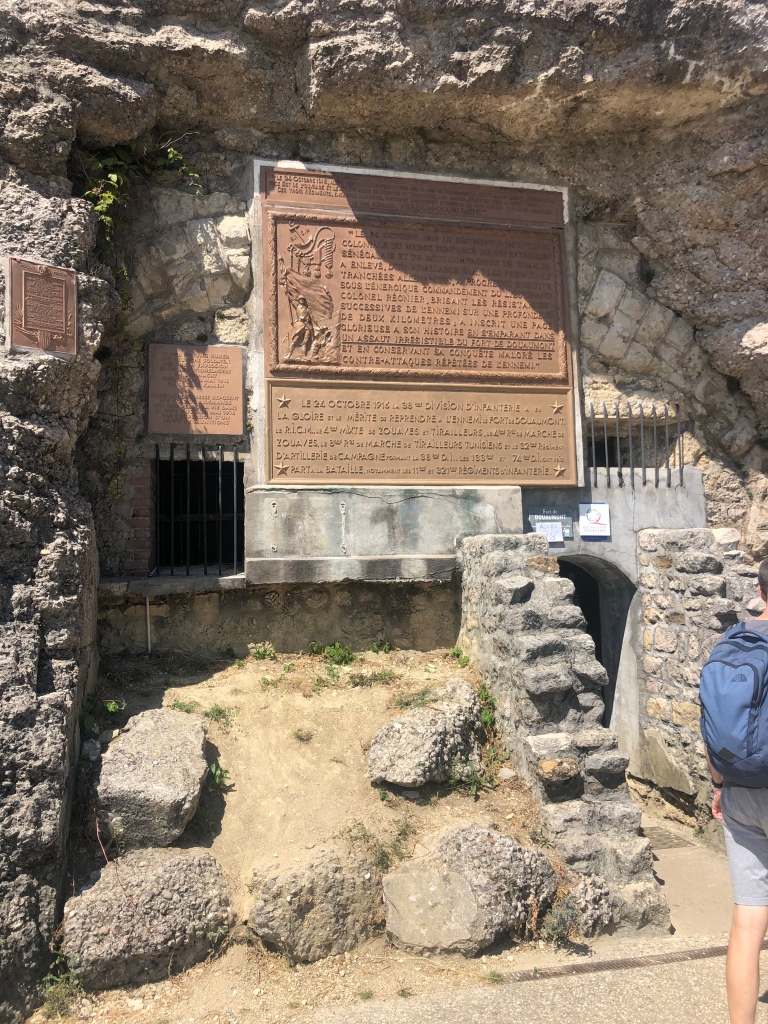 One of the access shafts to the bottom level. 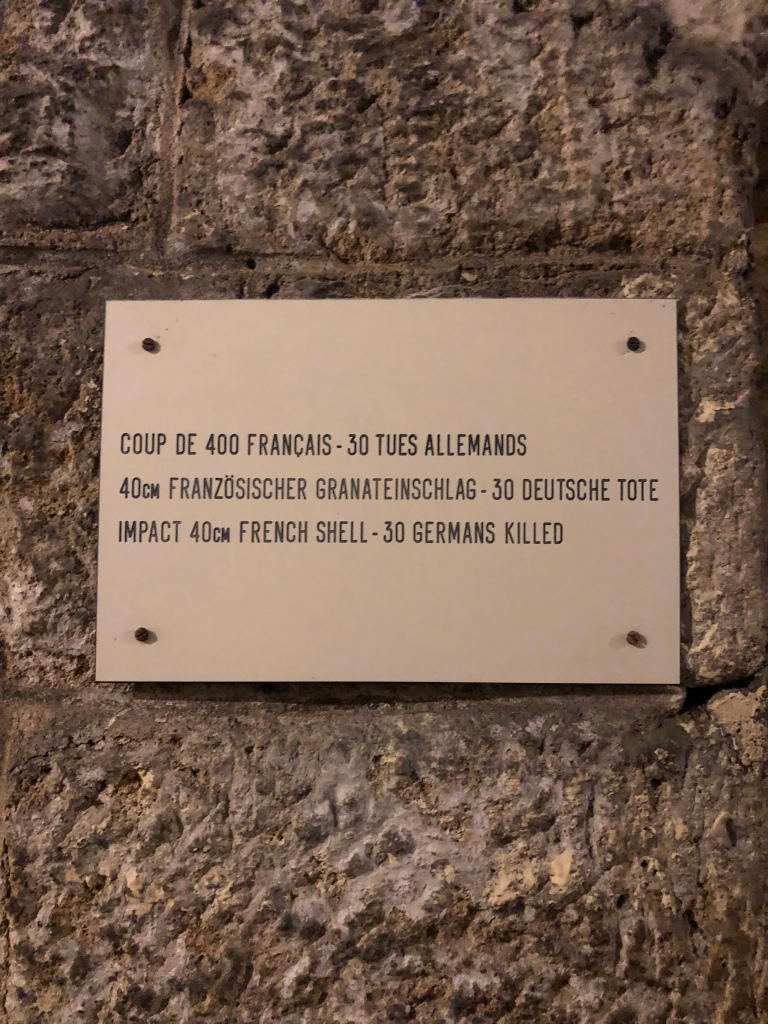 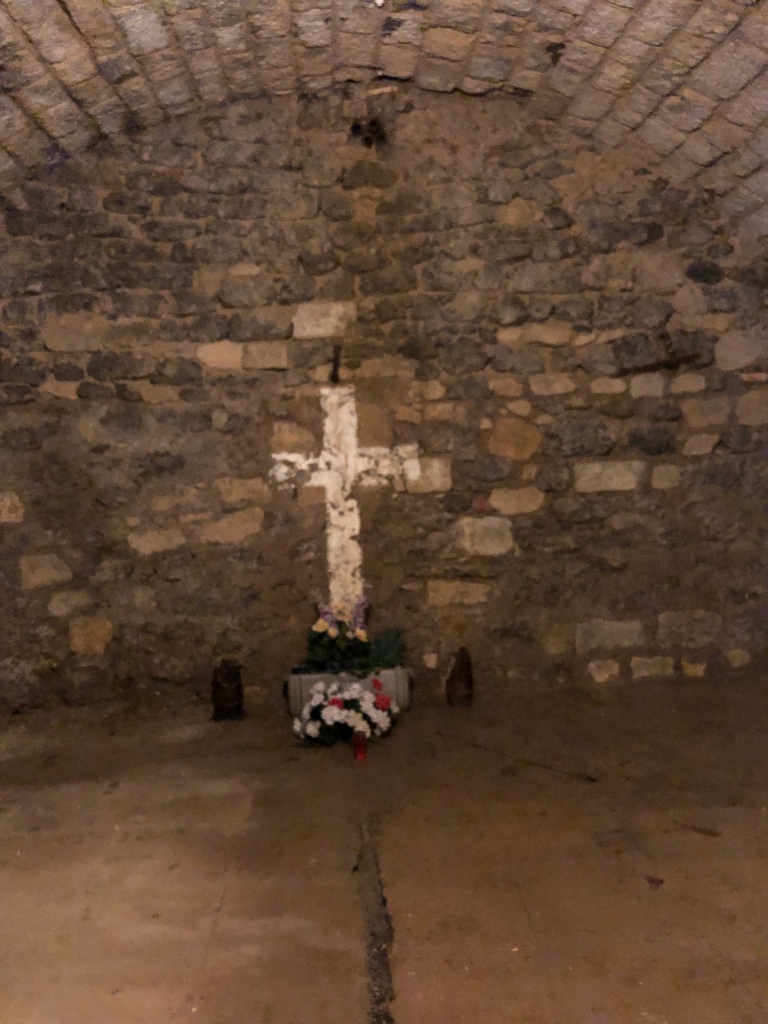 Behind this wall are the remains of over three hundred and fifty soldiers.

Moisture now seeps in due to the intensive bombing by both sides. Notice the stalactites hanging from the ceiling.

One of the main gun turrets, which popped up to fire and then lowered itself back down. 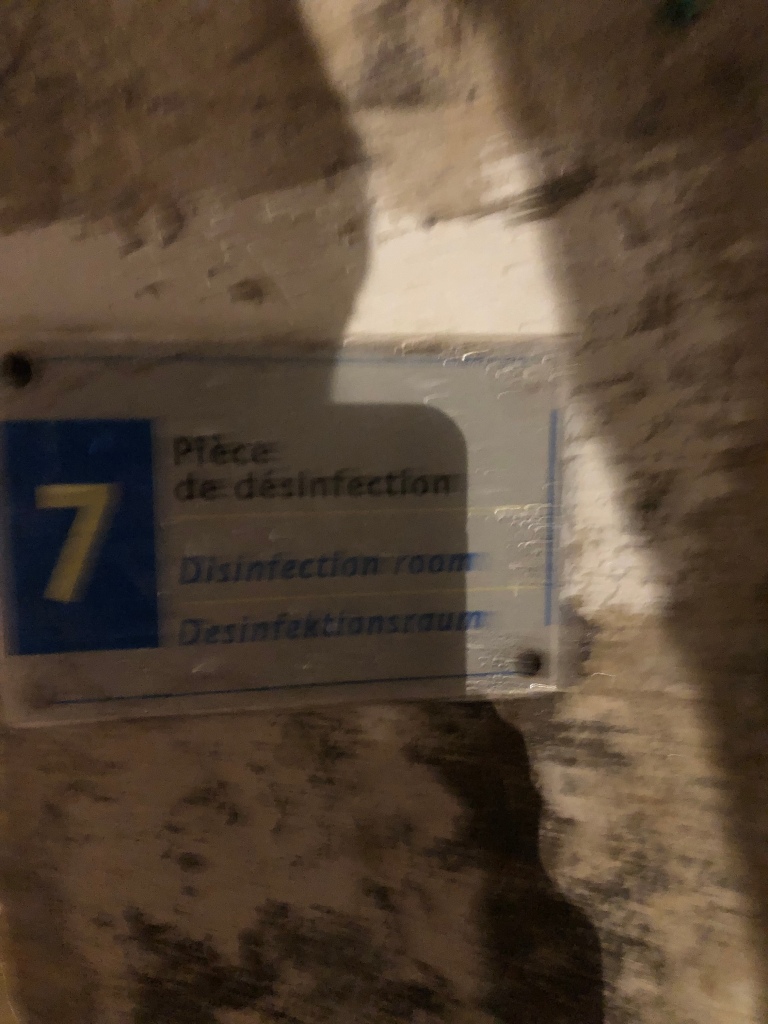 Trenches along the side of the road entourage to the next site. 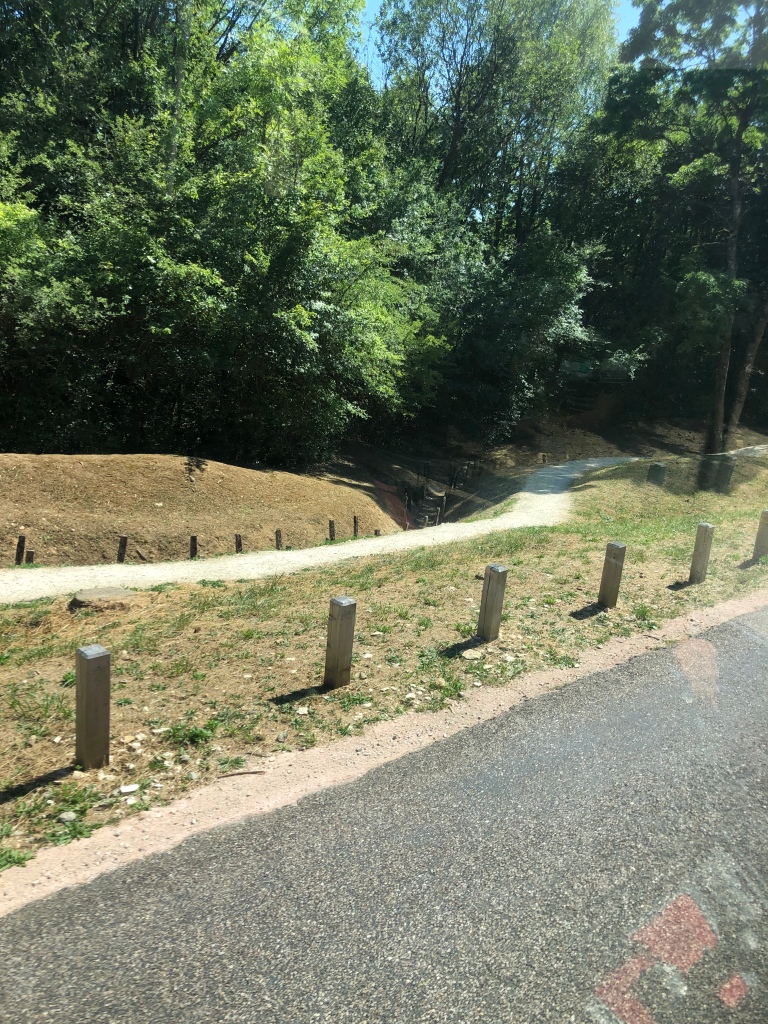 The French Ossiuary, where thousands of unknown French and German soldiers remains are interred. 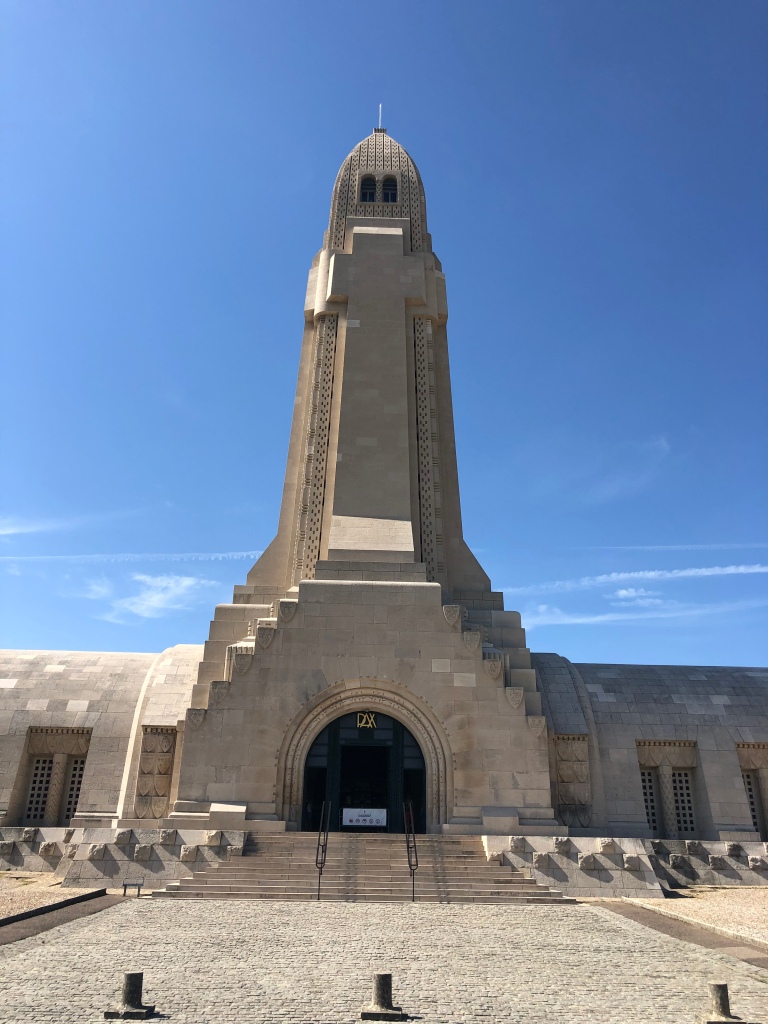 Those they know the names of are here, all 30,000 of them. Mind blowing when you think there are more than that under the memorial. 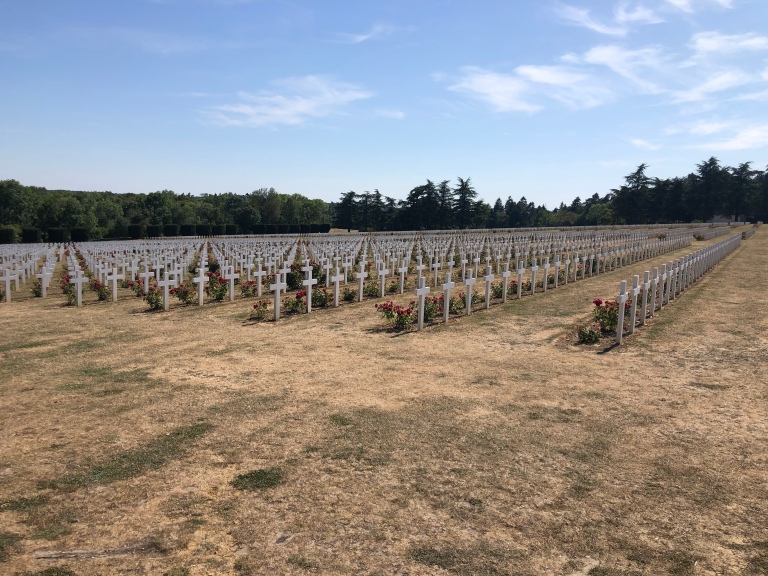 The Ossiuary is in the form of a sword, driven into the ground up to the hilt. The handle is the tower. Underneath the hilt on both sides, which are three hundred feet long, each side, are the remains of the thousands of the identified soldiers. There are far more here than in the cemetery. These are visible through windows all around the base, but out of respect, no photos were taken.

This pano gives an idea of the scale of the cemetery. 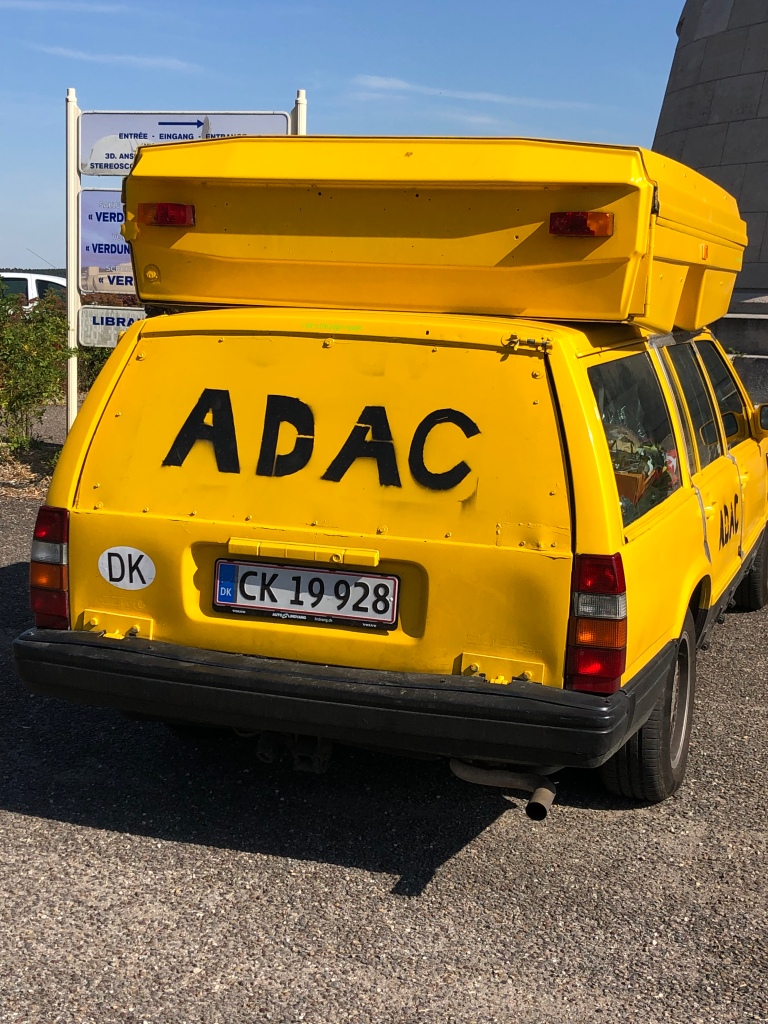 Last stop was the Trenches of the Bayonets. This is a memorial where the soldiers were buried standing up in the trenches. This is because they were hit by many shells which buried them where they stood. Originally the bayonets on their rifles protruded from the earth, but over time, thieves have removed them. 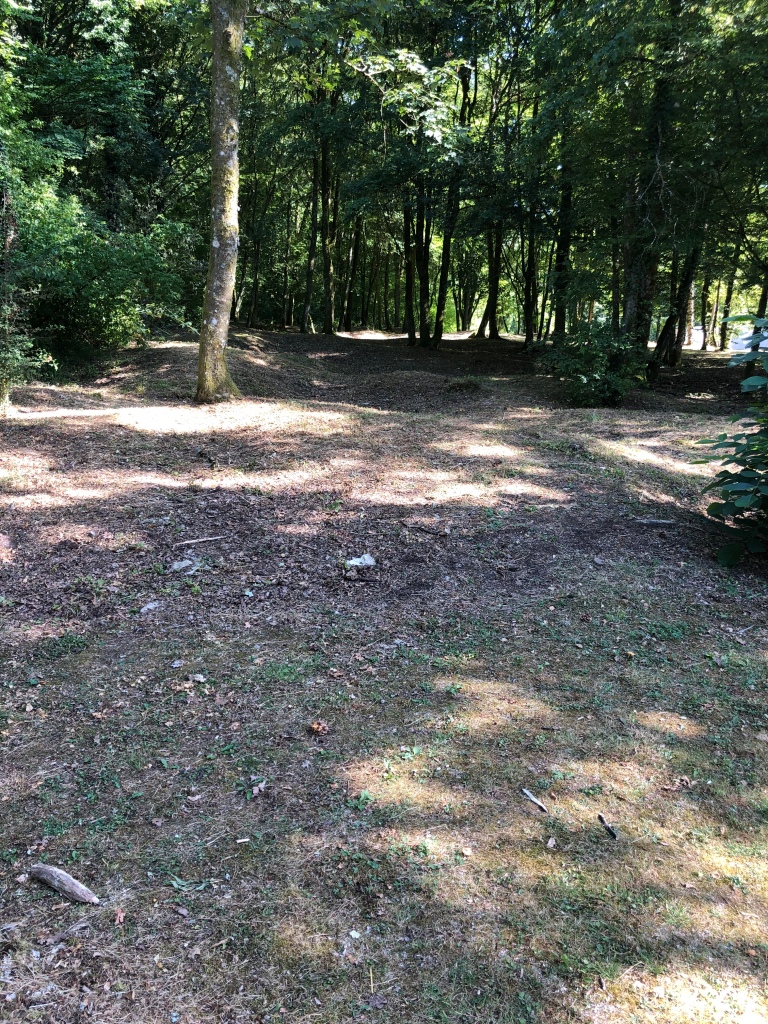 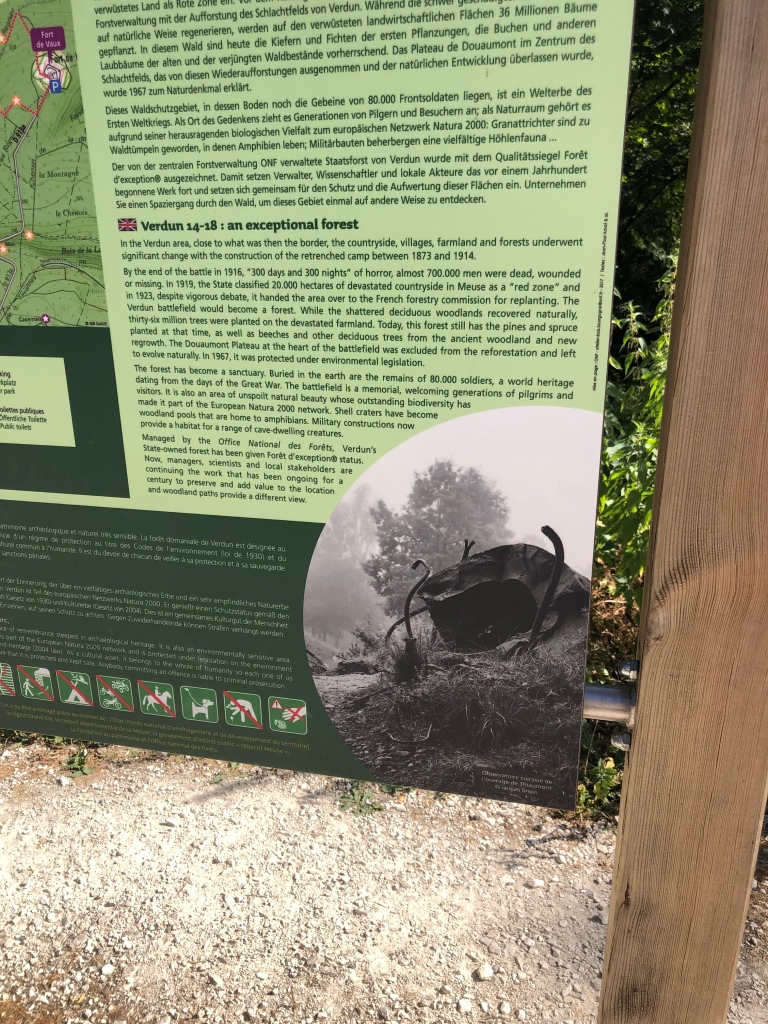 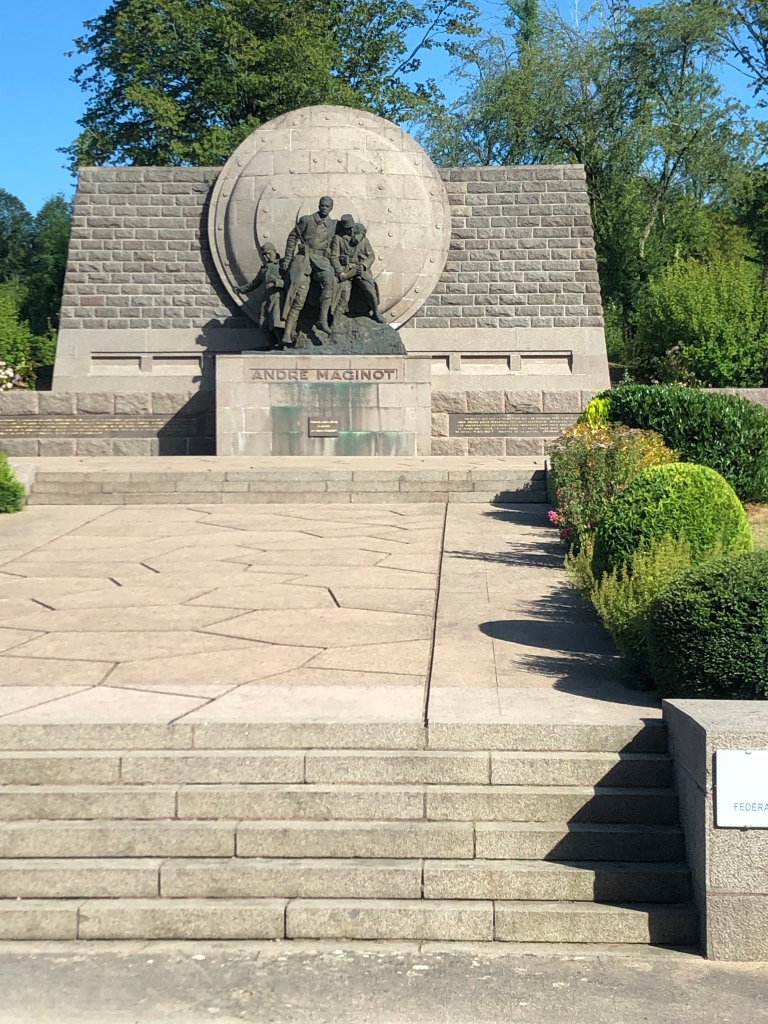 End of a eye opening tour. Now off to Perone where we will stay the night before heading to Villiers Bretanneaux.