War memorial of a soldier looking back to the train station after the First World War. 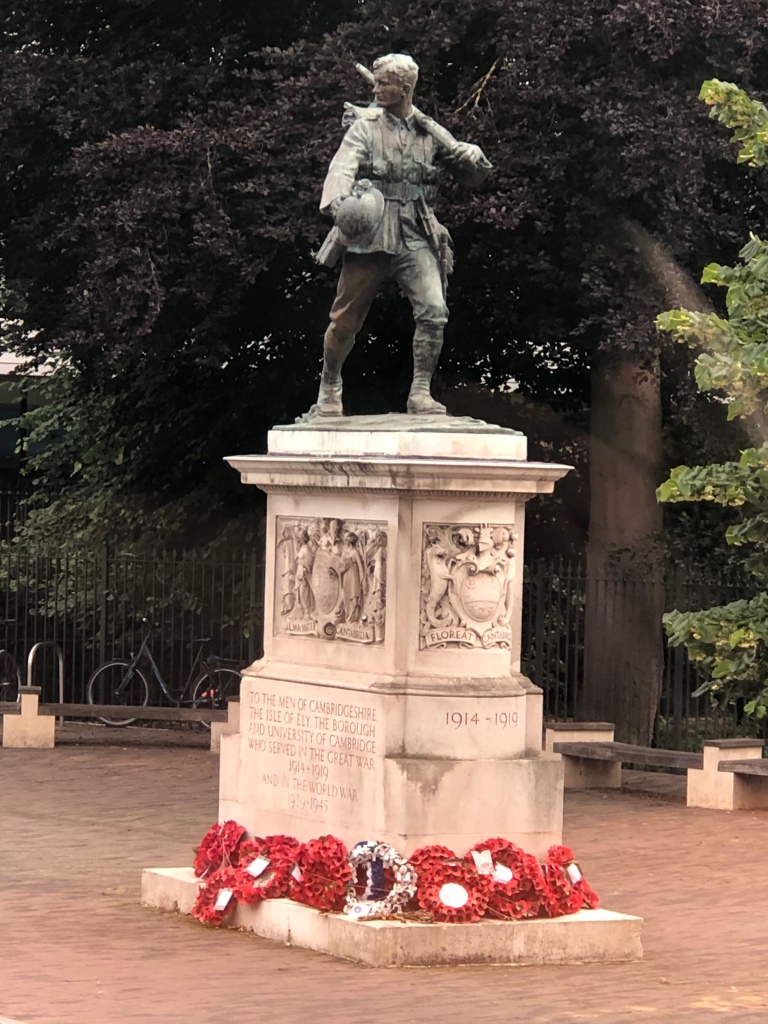 Modern in amongst the old.

The mathematical bridge. Every piece of timber is straight. 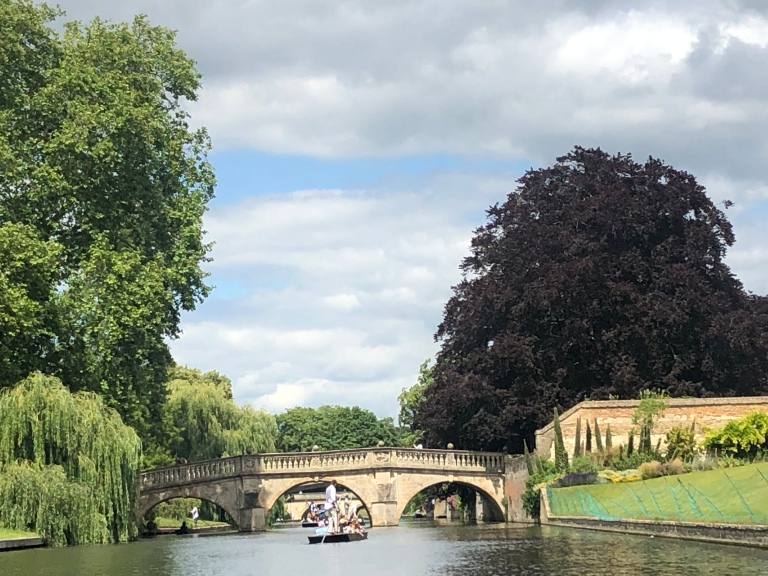 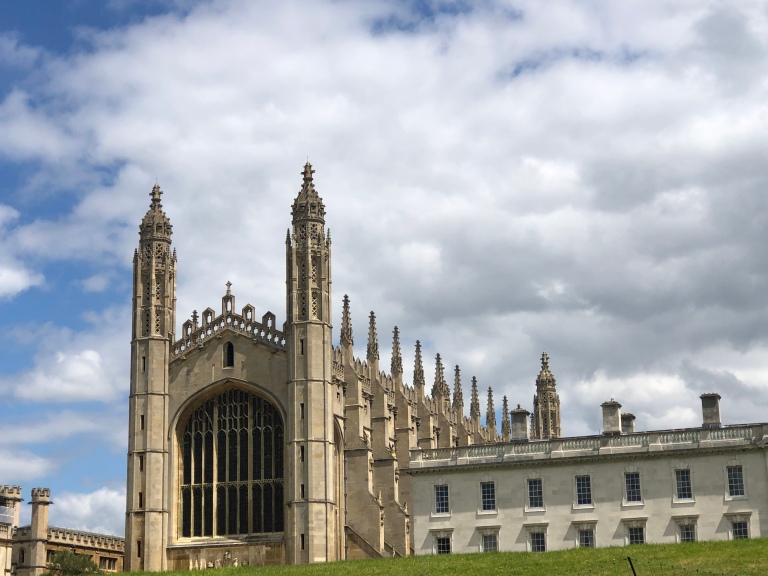 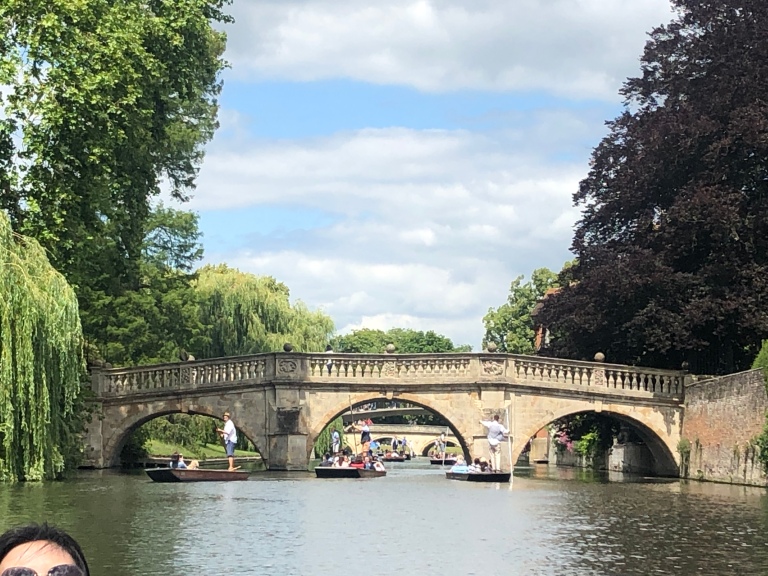 Enjoying the sun and the ride.

This was where the original crossing was. Note how the bridge is slightly bowed. This was due to moving cannons over it during WWII.

Back door to Queens college. 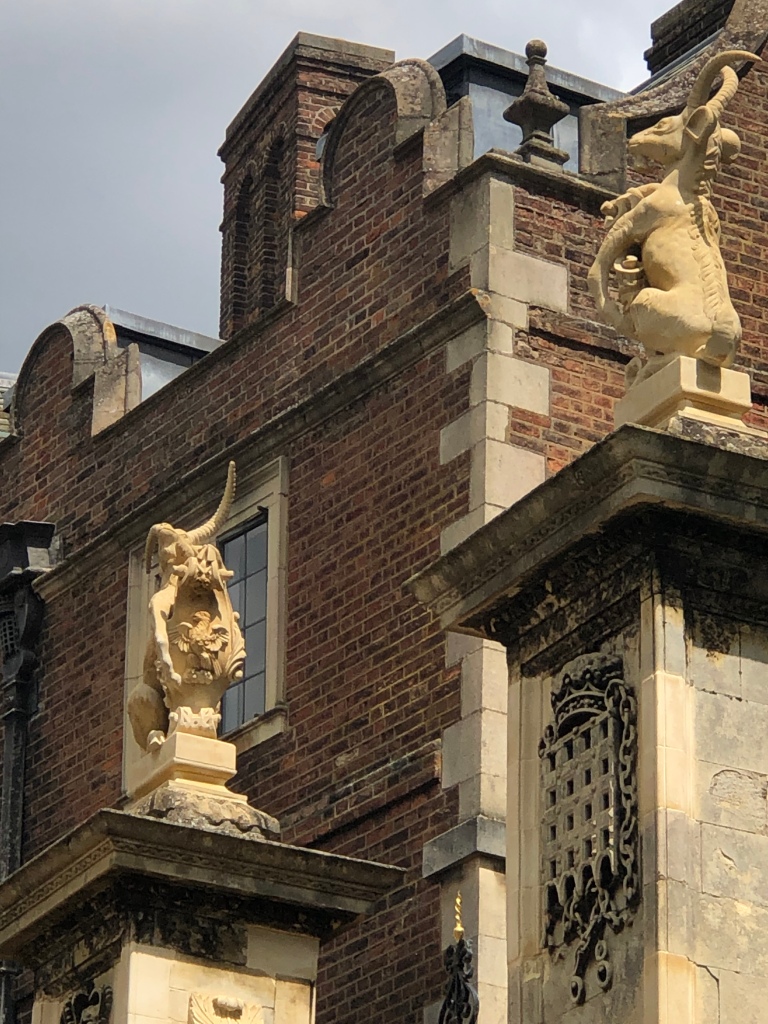 Queens bridge or as it is commonly known, the Bridge of Sighs, as in Venice, although this one transports students, not prisoners. 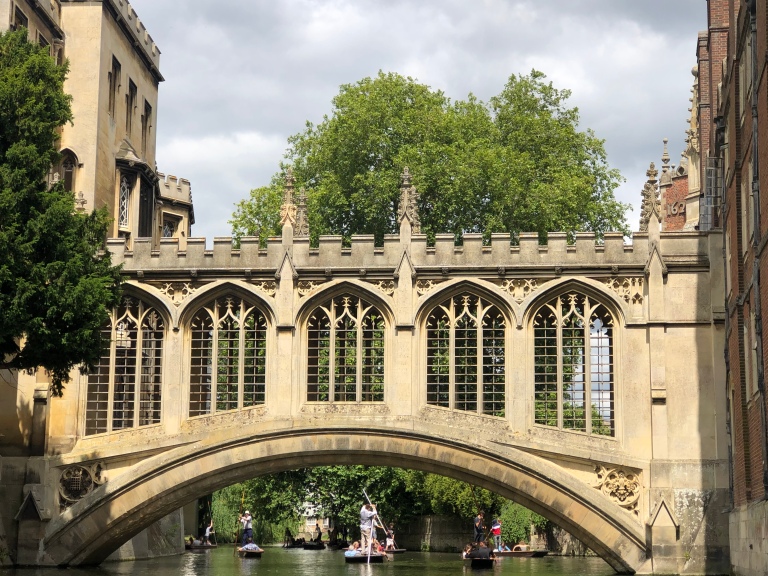 Vines have taken over. 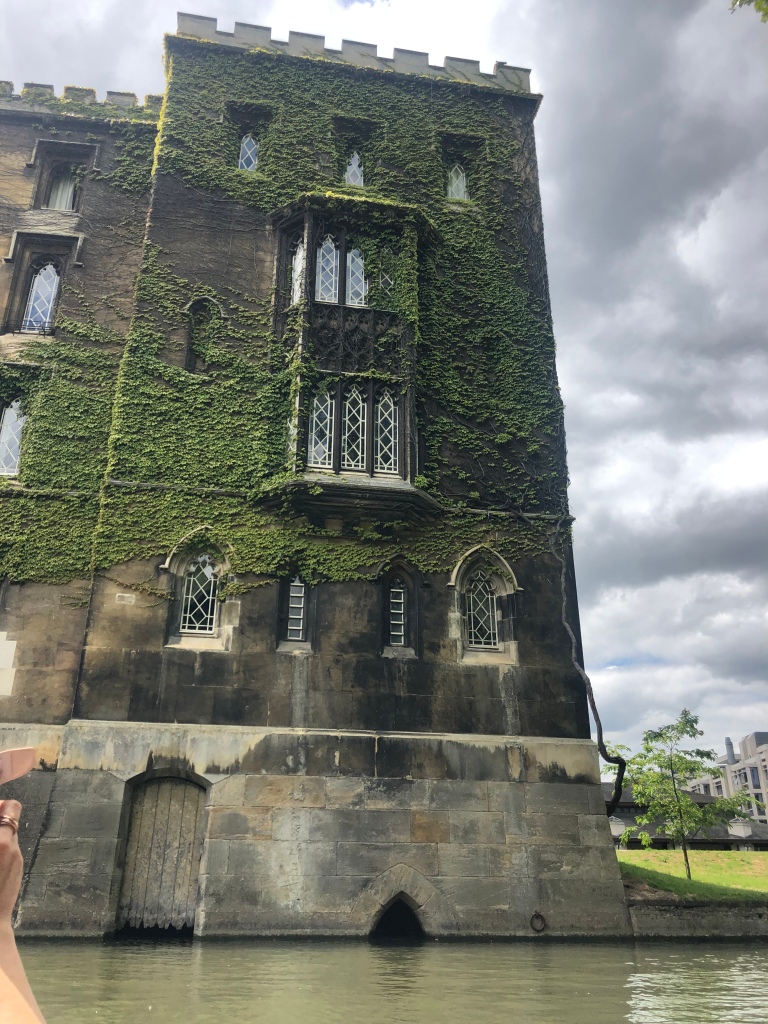 Kind of being built out. 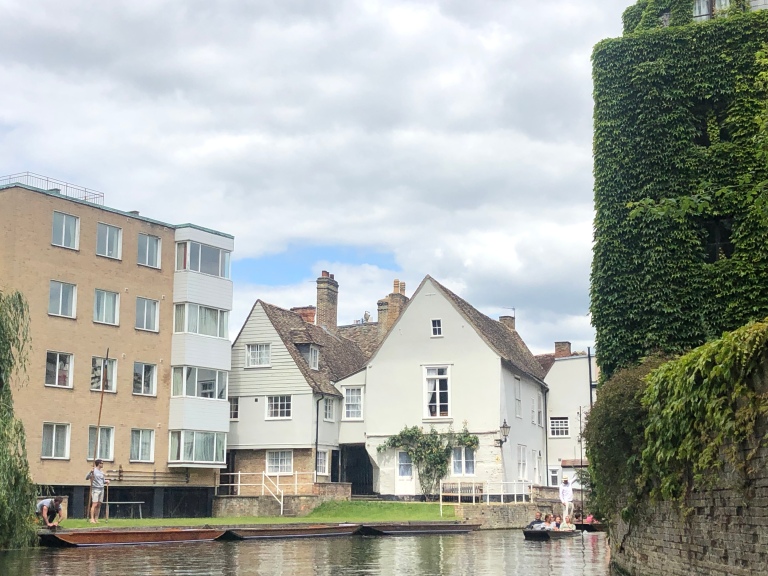 This is where the original crossing was in Roman times. Called the metal bridge.

Permanent low tide. River is only 30 cm’s deep, hence the use of punts.

Obviously part of the horticultural college. 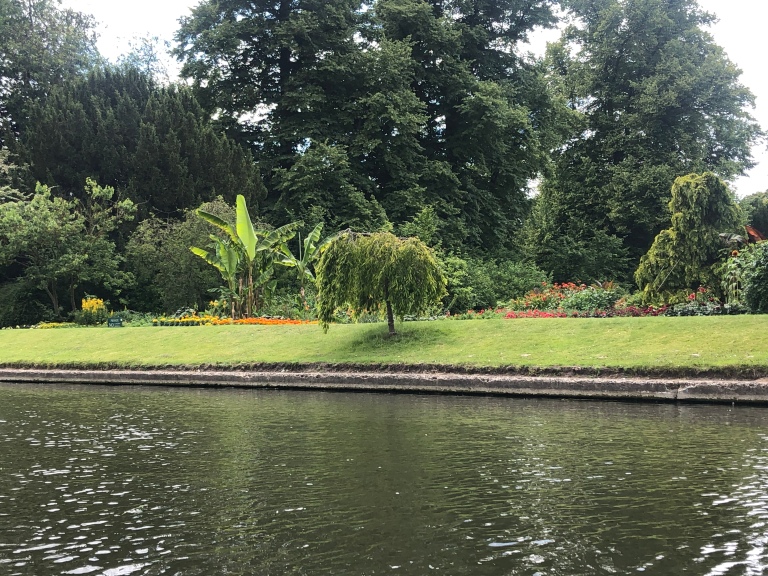 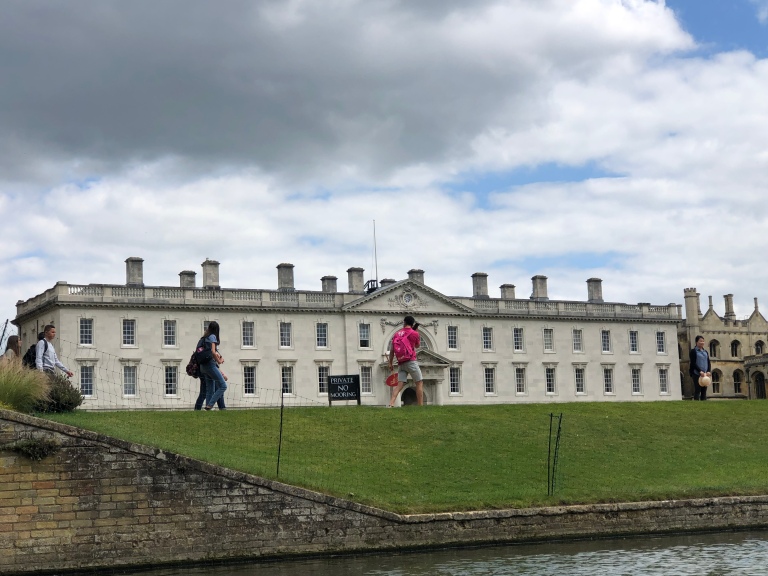 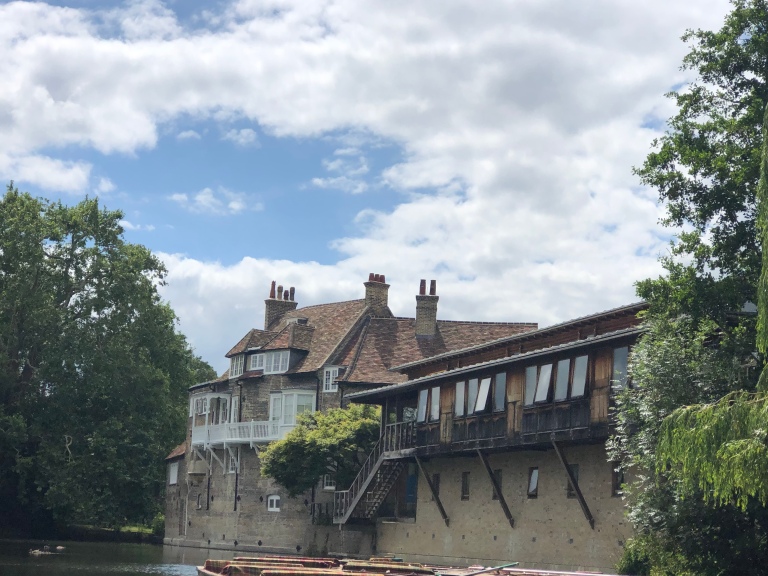 Mother and ducklings at the wharf.

Off into Kings College to look through the chapel. 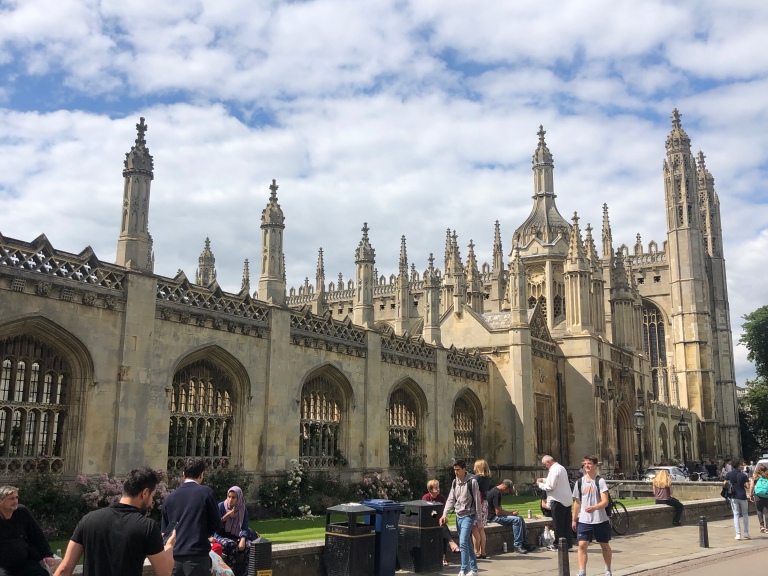 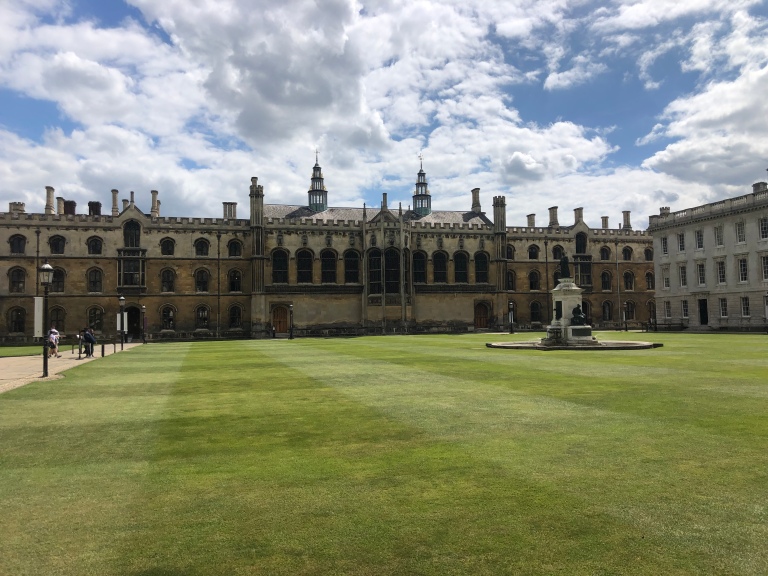 Hasn’t been adjusted for daylight saving.

Inside the chapel. The largest the largest fan vaulted ceiling in the world. Breathtaking.

The crowns of kings.

Tried to get ceiling and windows in a pano.

Magnificent stained glass. All the glass was removed and stored during the war. When Su heard a guide mention this, she remembered that she had been here forty years ago with a tour group. Then there was a visitors book, which she signed and looked back three years to find her parents names.

One of the lovely paintings. 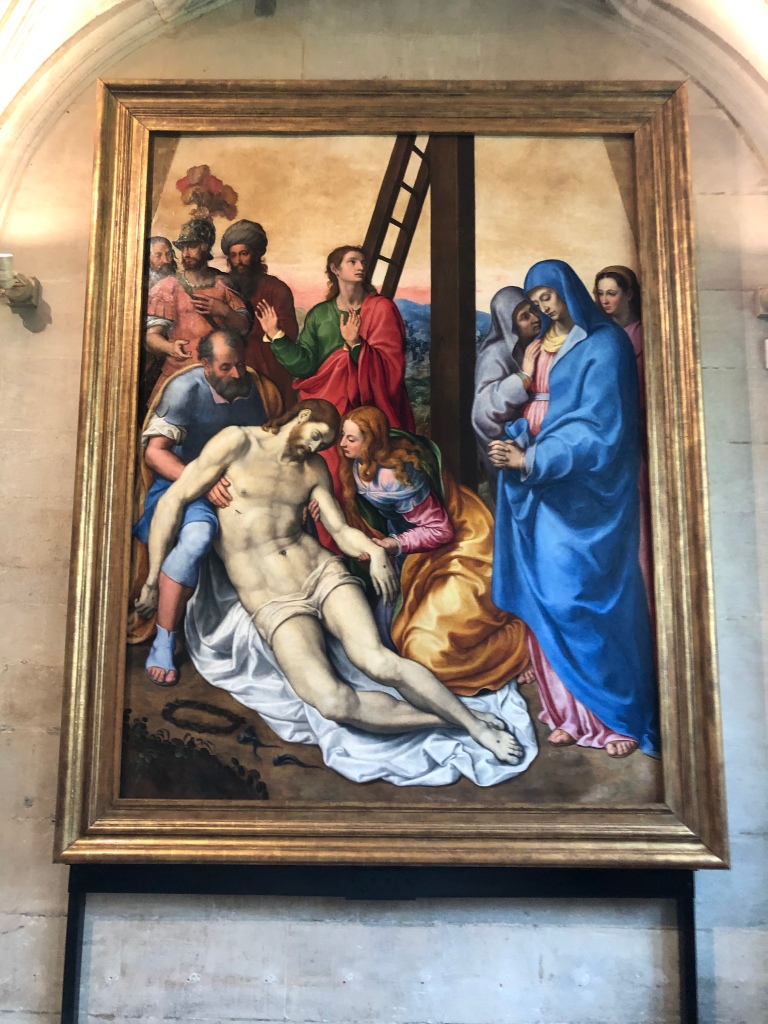 Now this is a lock. 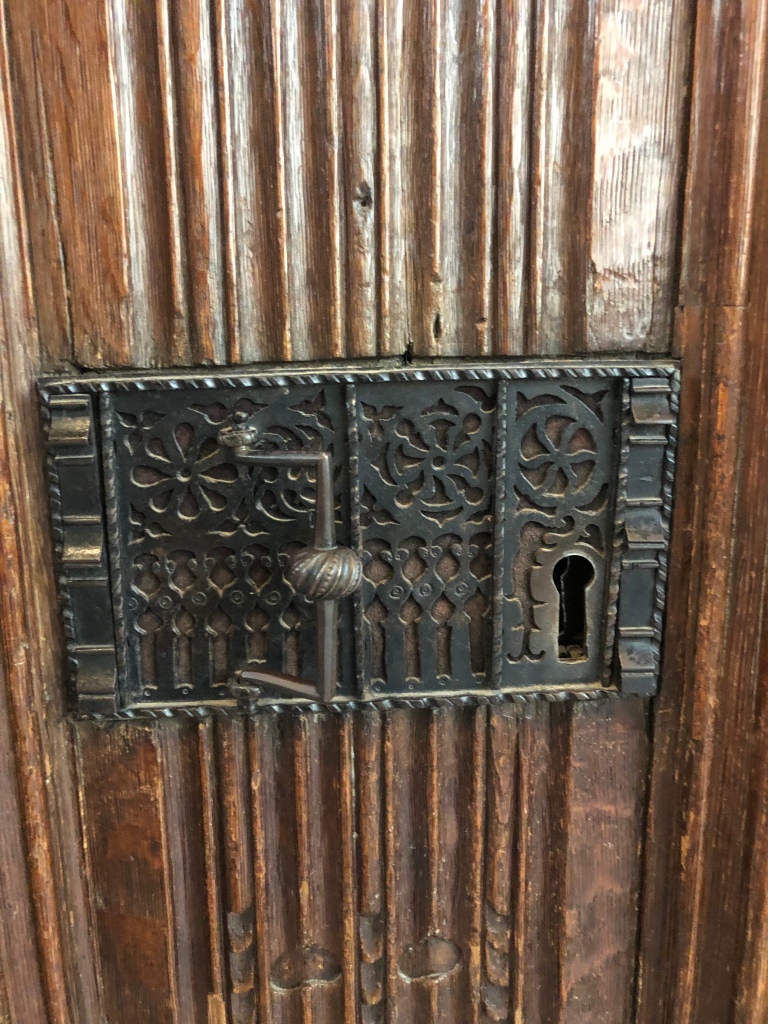 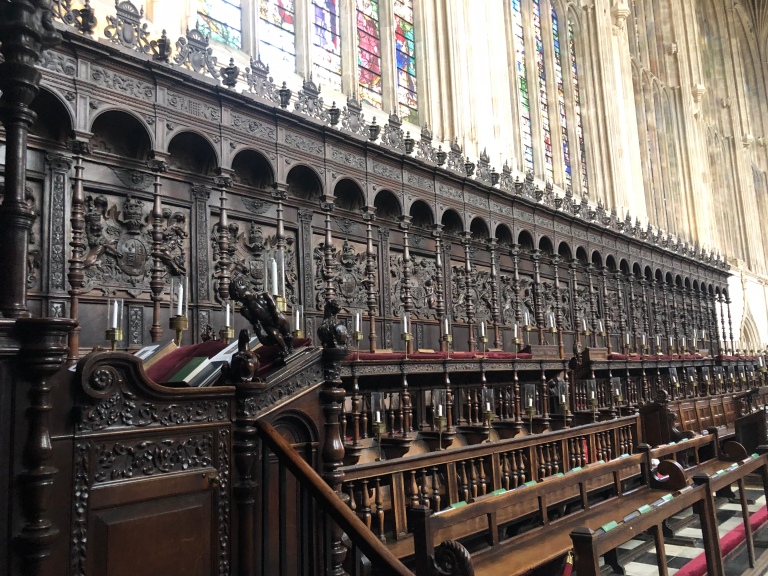 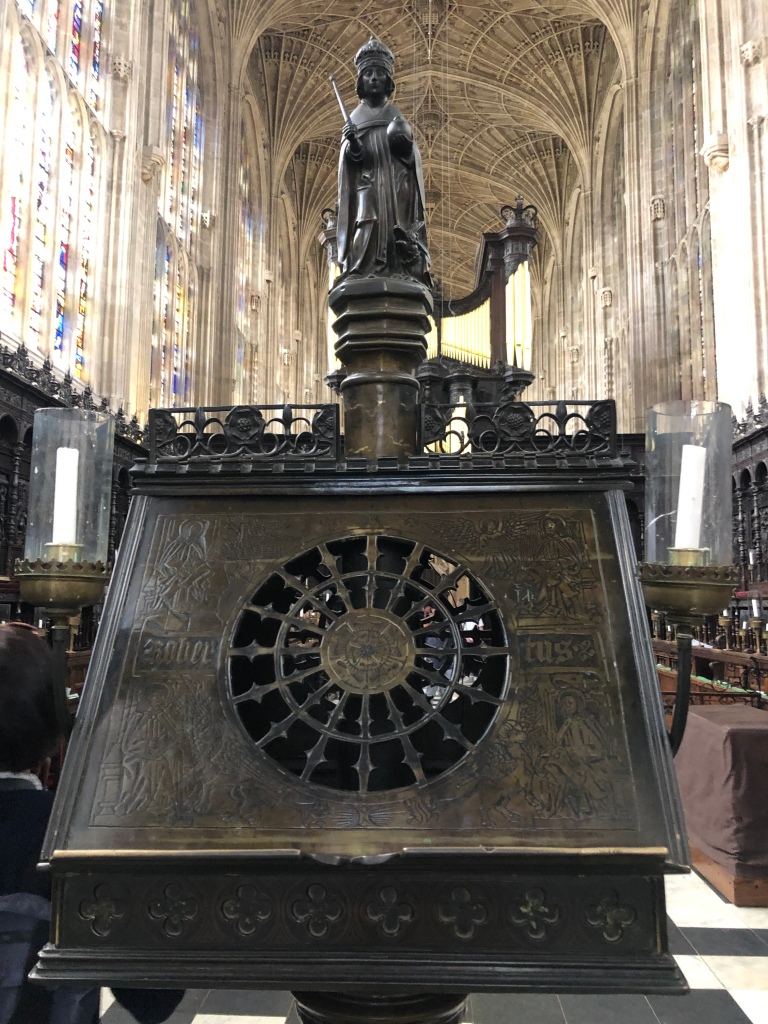 More of that ceiling. 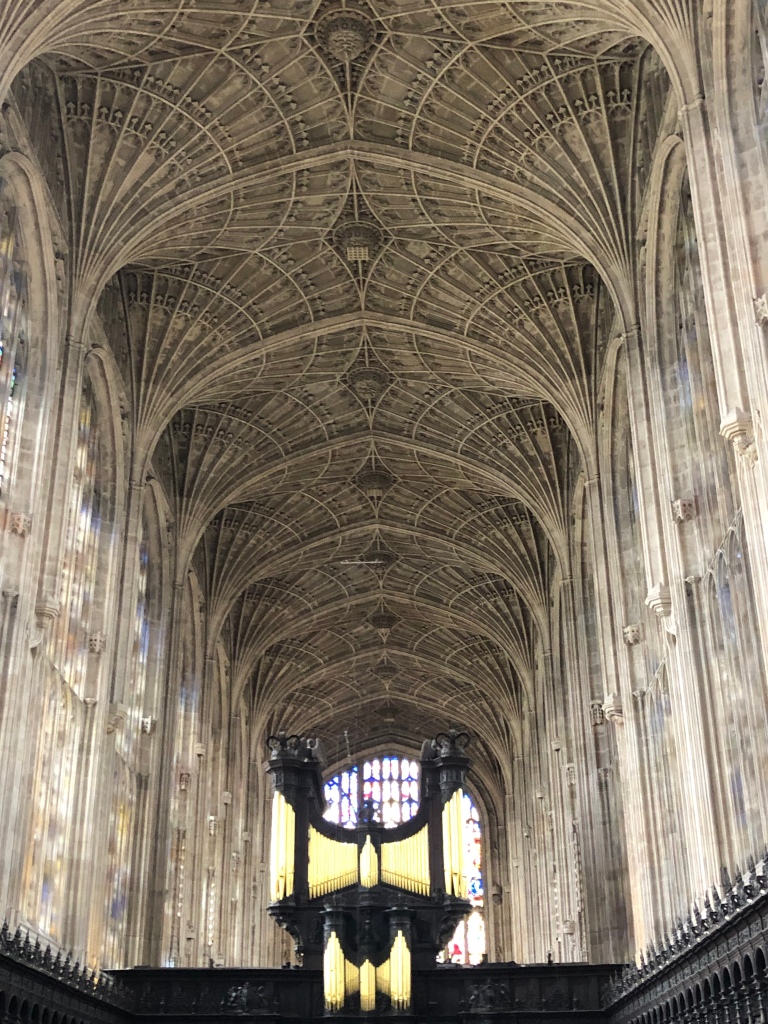 The window at the other end of the chapel.

Definitely not made last week. 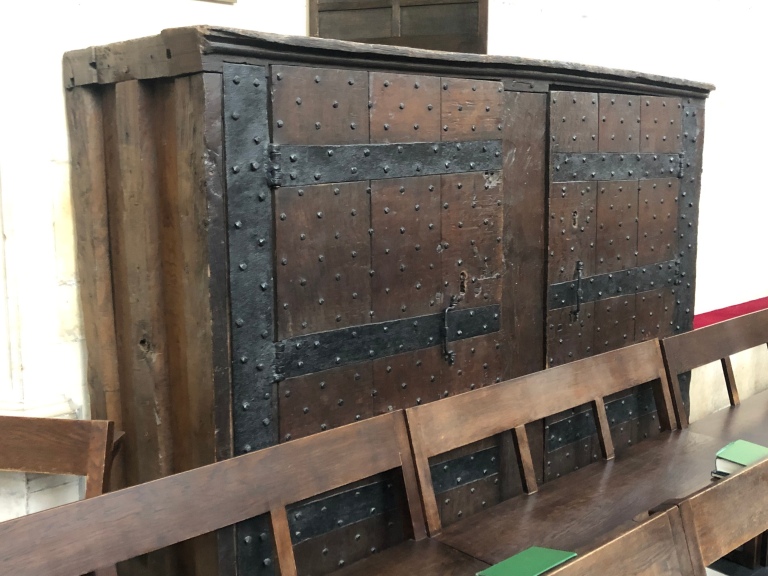 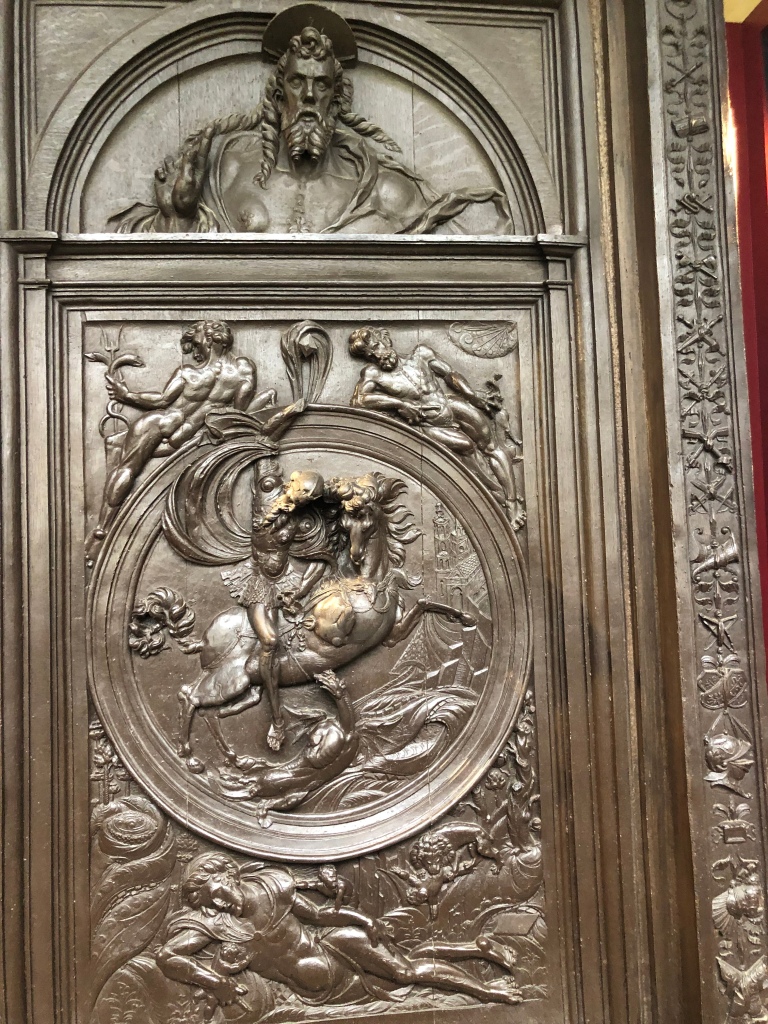 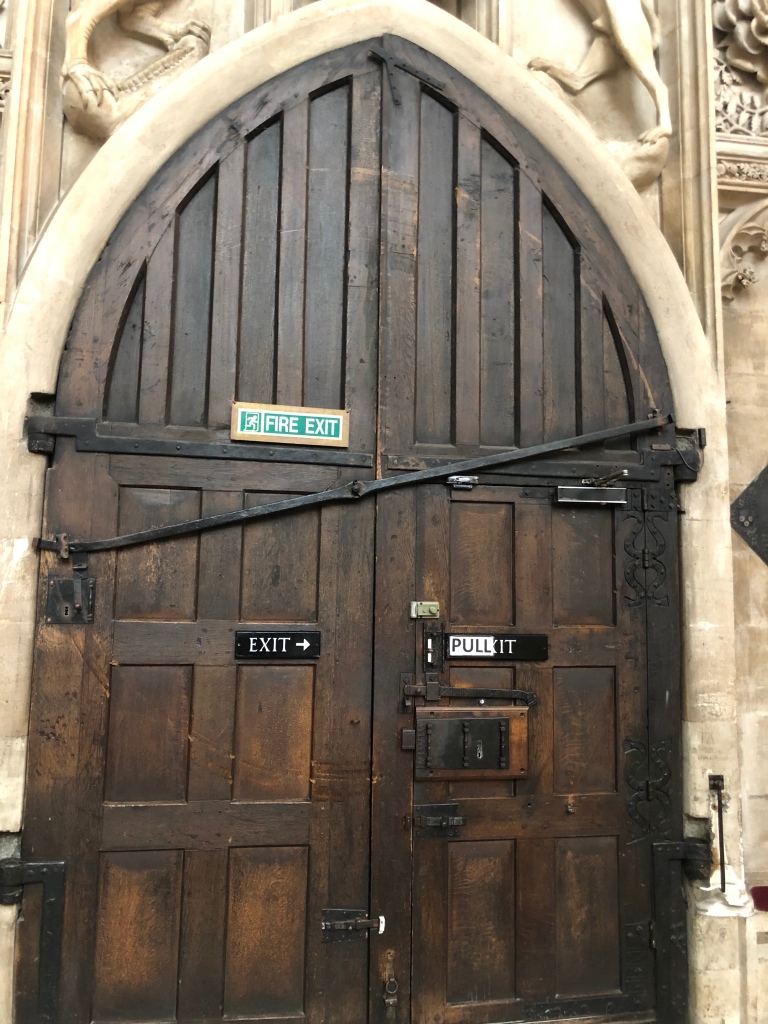 Pano of the square. 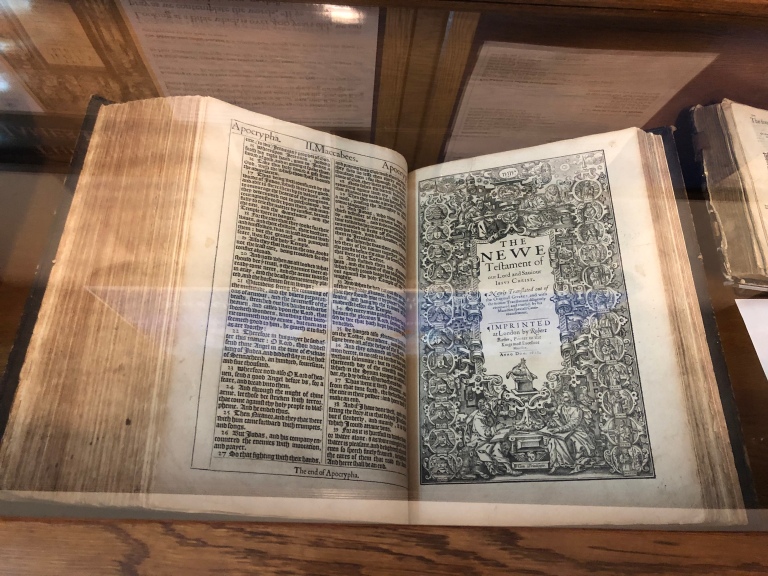 This statue obviously has a story.

Stopped at the Robin Hood to quench our thirst on the way home.

One thought on “CAMBRIDGE”