Arrived at Durham around five yesterday. Quick trip up the A1, to bypass where we have been before.

Durham has been around since at least the 900’s, and probably earlier. The river Wear meanders through the city. Centrepiece is Durham Cathedral and Durham Castle. Both are build on raised land with the river surrounding three sides. Important logistically when your neighbours are trying to take you over.

Arrived in the city by the Park and ride bus which stops not far from the camp ground. Wandered up to the original market square. 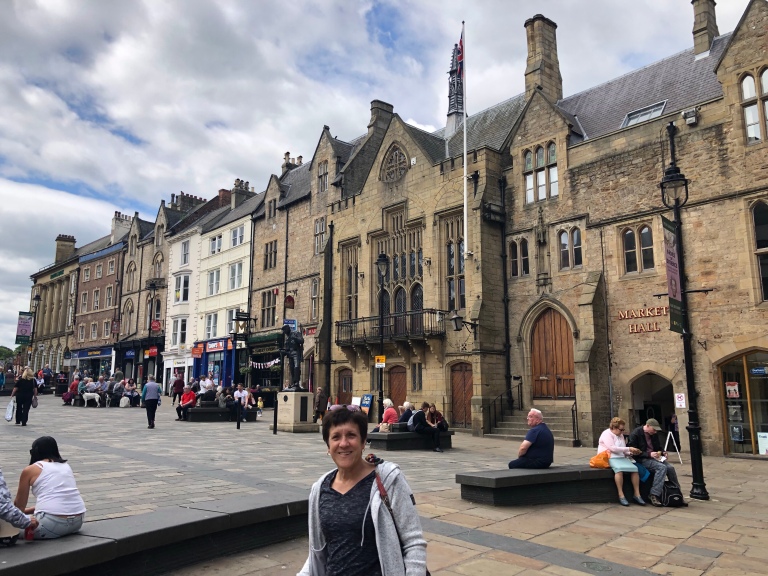 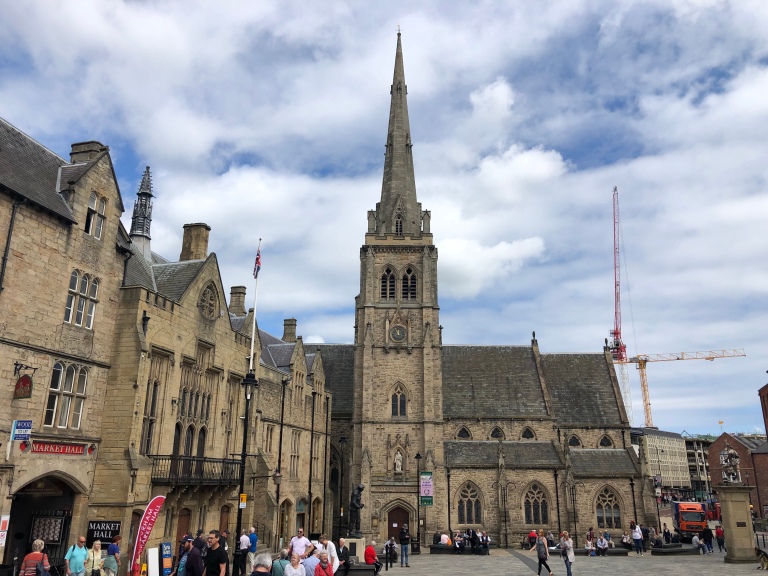 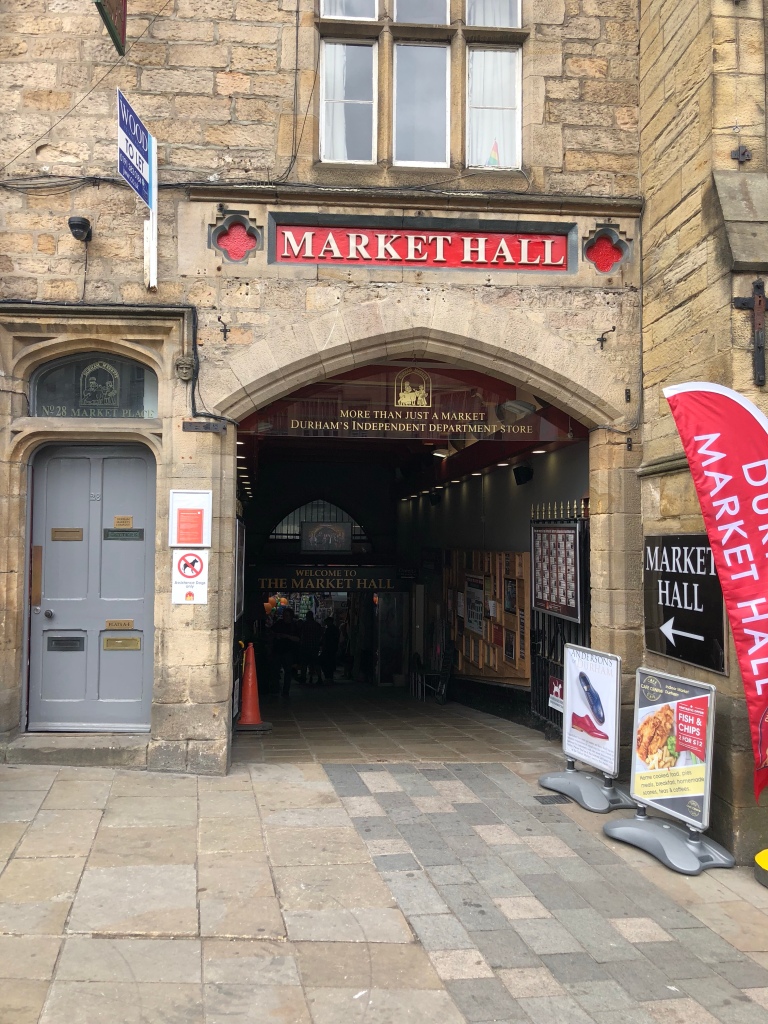 Couple of statues there also. 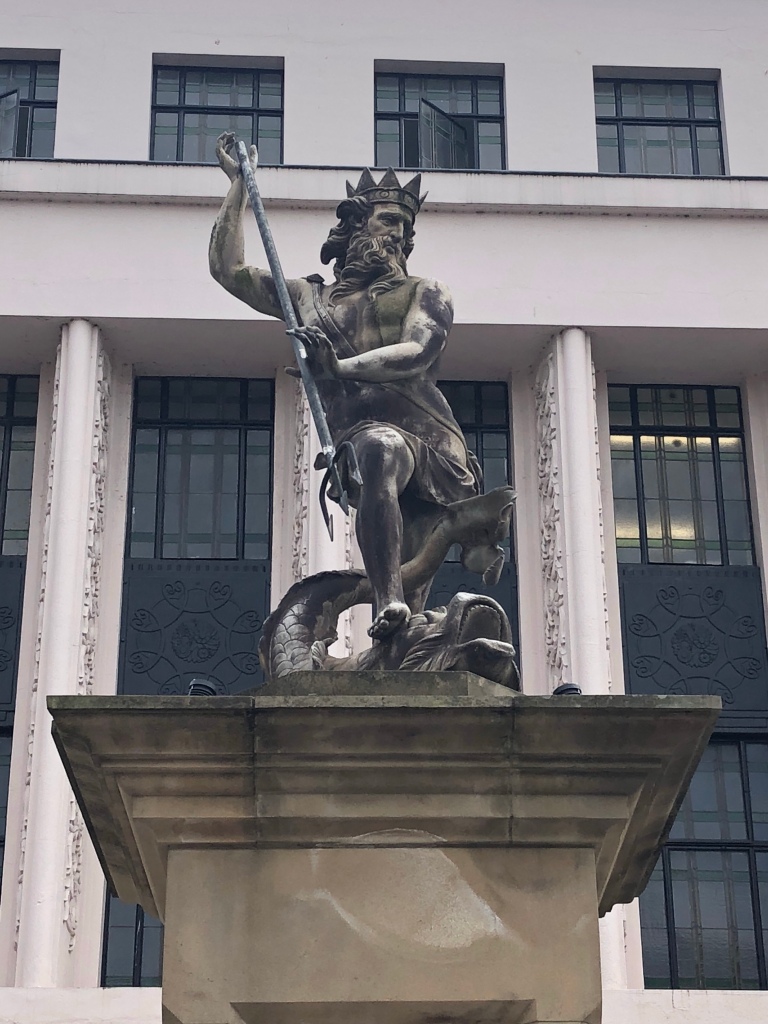 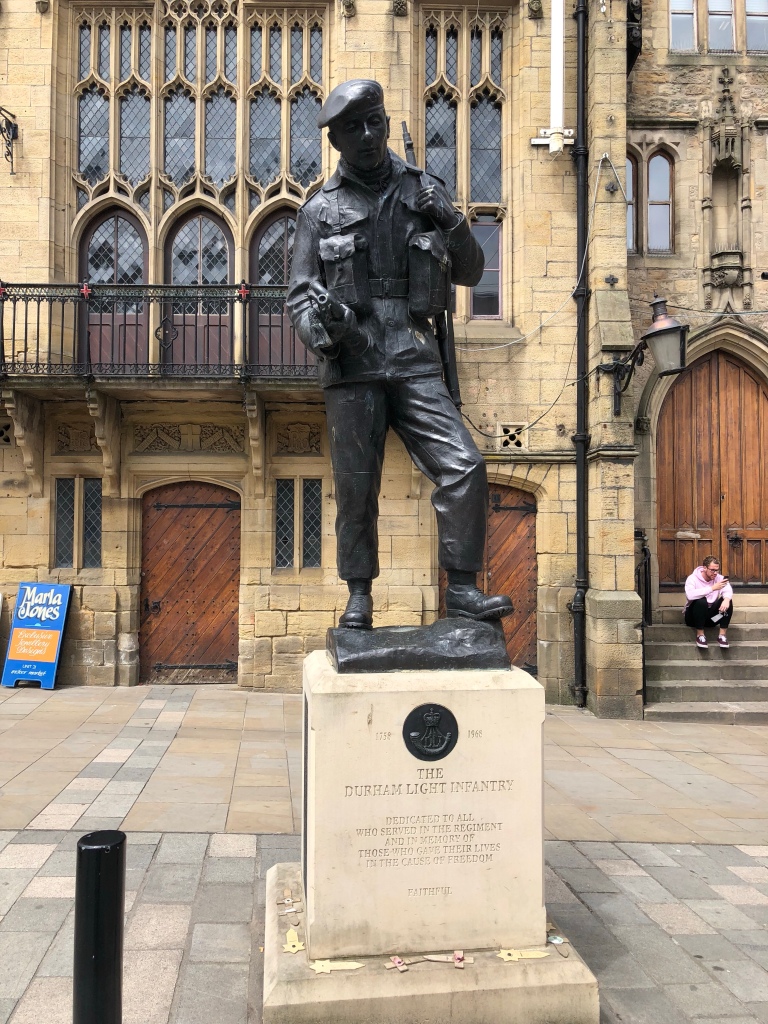 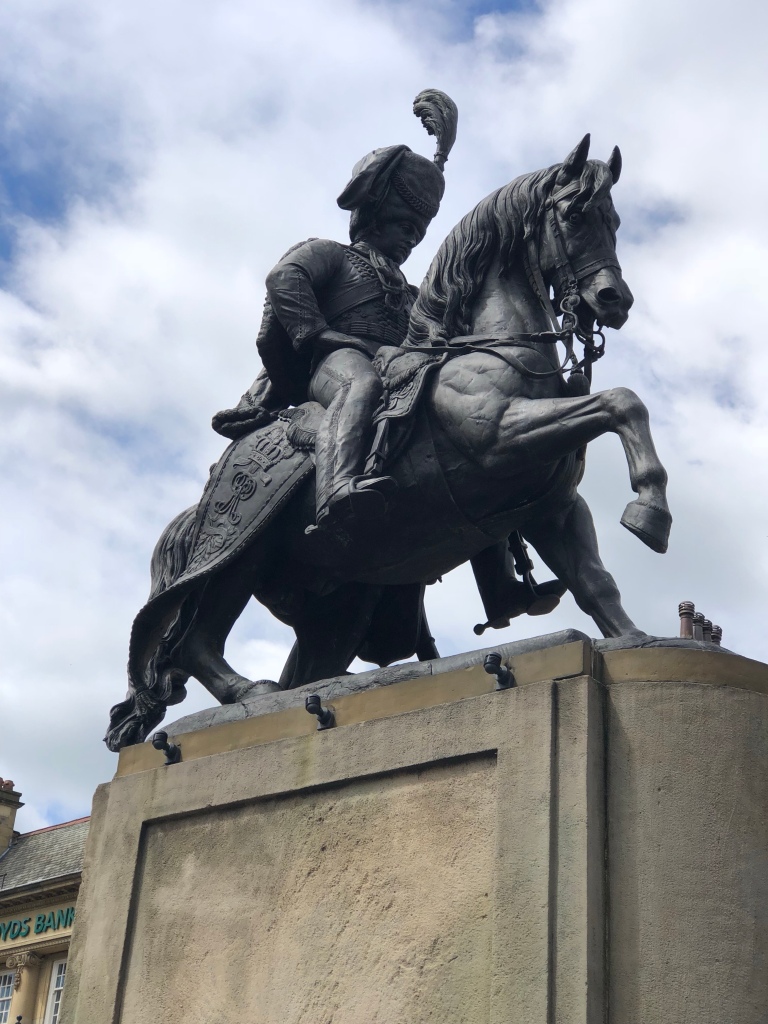 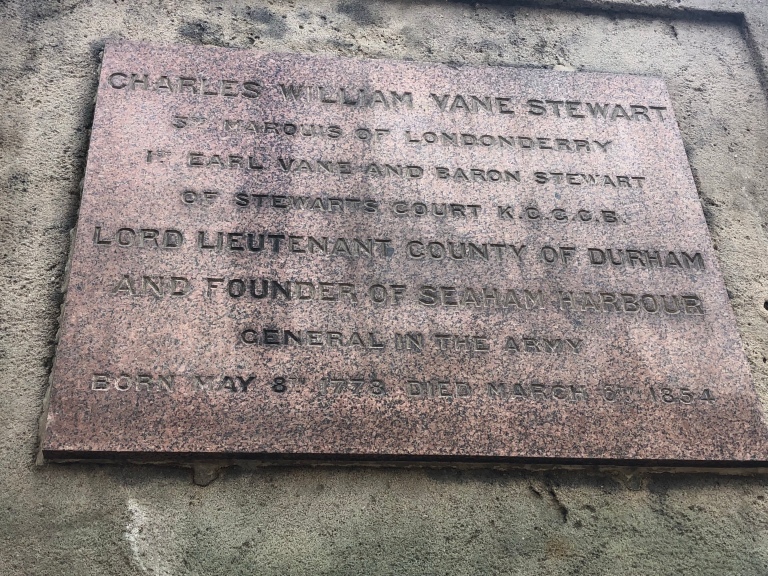 Streets leading off the market square. 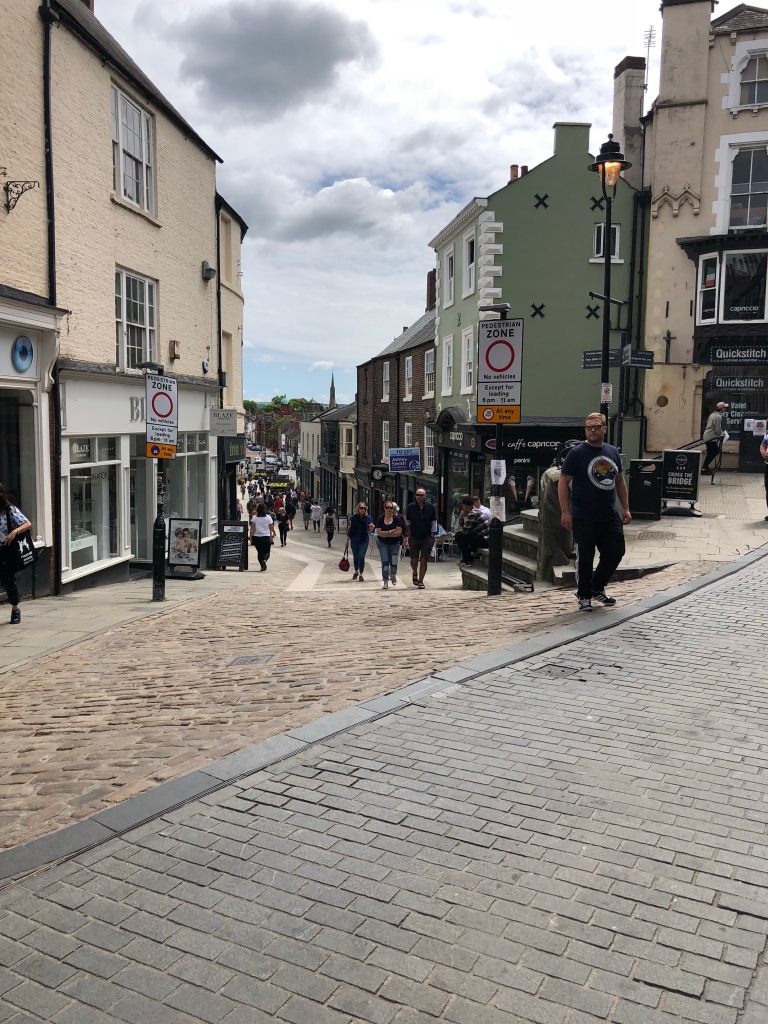 On the way up to the cathedral and castle. 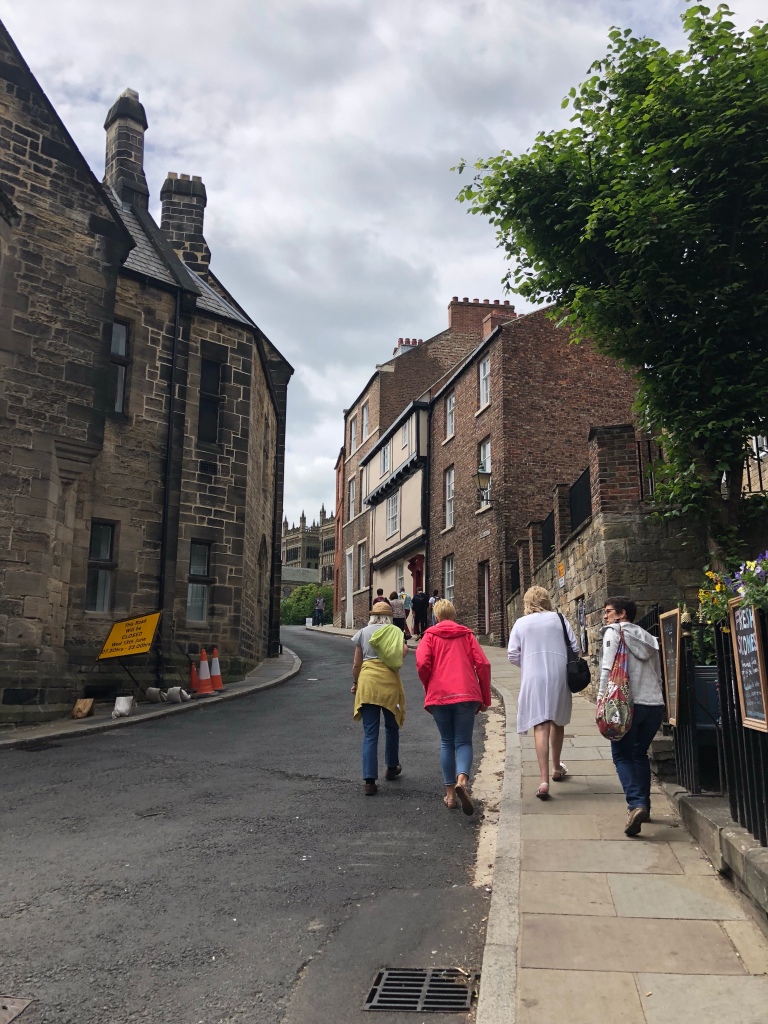 Castle green, a world heritage site, which used to be covered with wooden houses. Panorama showing Cathedral in the background, and University library on the right.

The huge doors to the cathedral. Note how high the knocker is. Not intended for short people, and has an interesting story as the photo below suggests.

Norman archway into the chapel.

Tomb of St Bede the Venerable, who was responsible for putting all the stories in the bible into one book.

Magnificent table out of English oak. 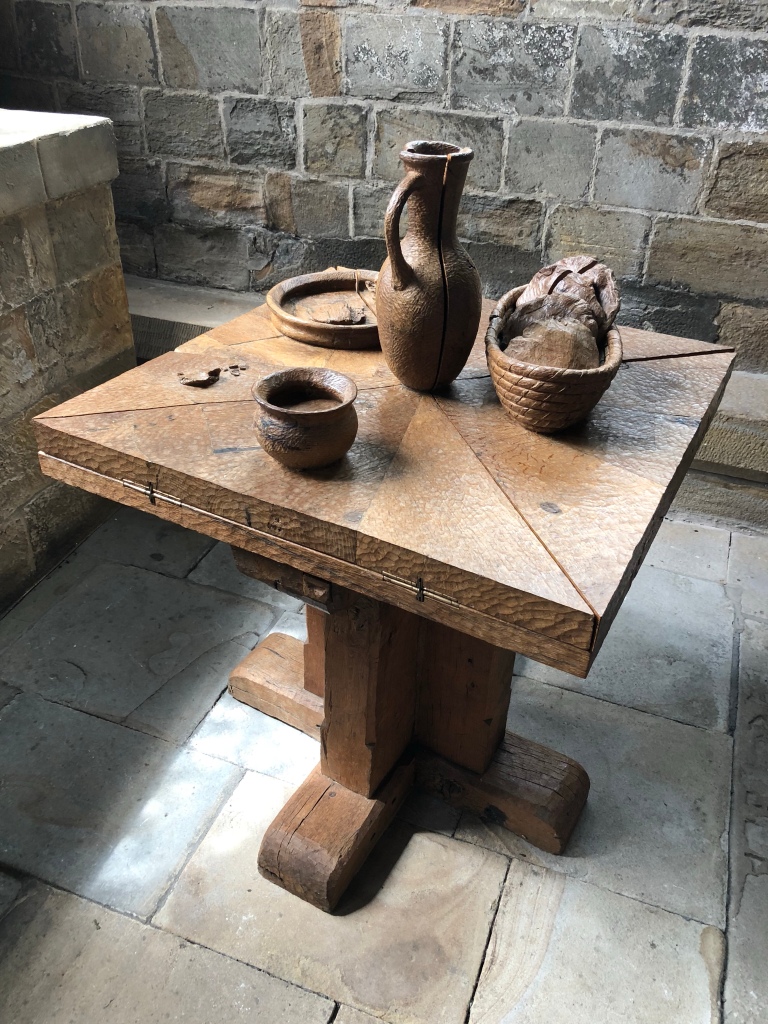 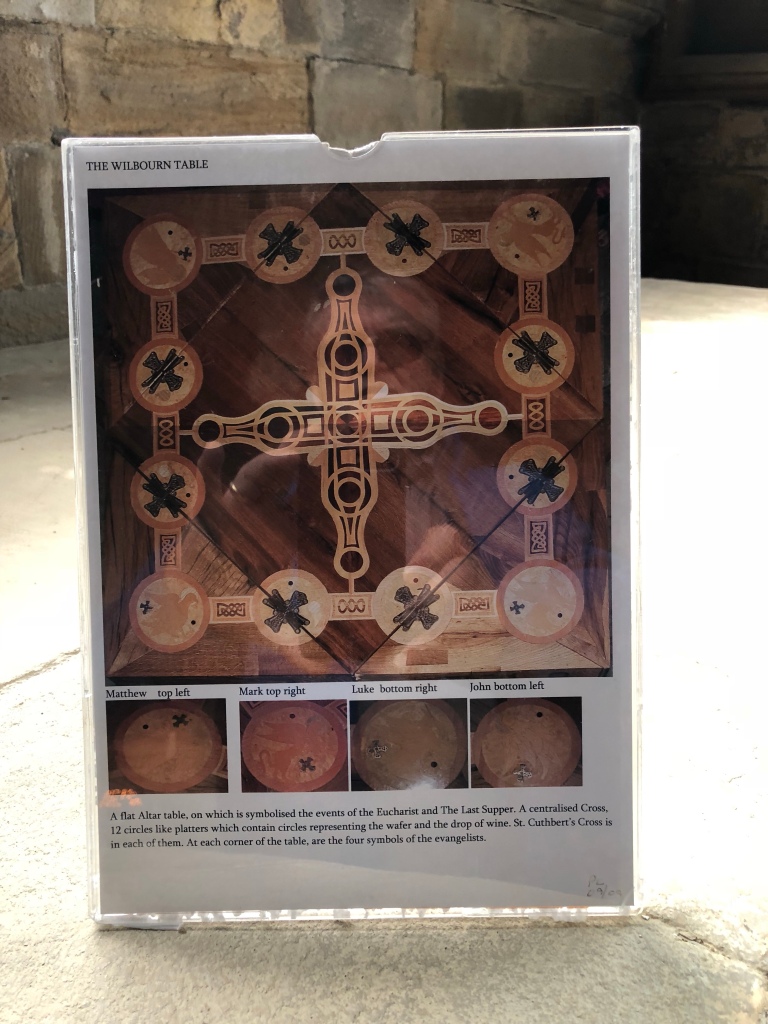 After taking a few photos inside the cathedral, was informed that no photos were allowed. Oops, but the signs were not obvious. Still it was magnificent inside and the different styles of pillars was interesting.

Back outside in the cloisters. 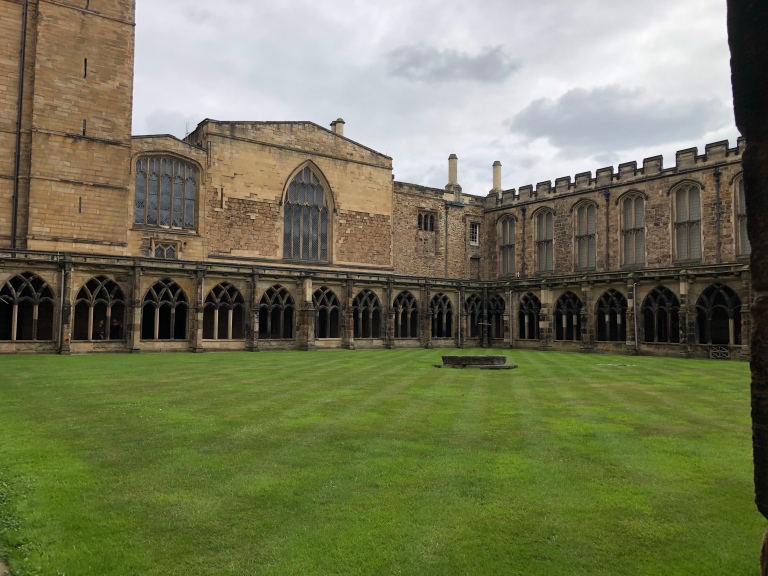 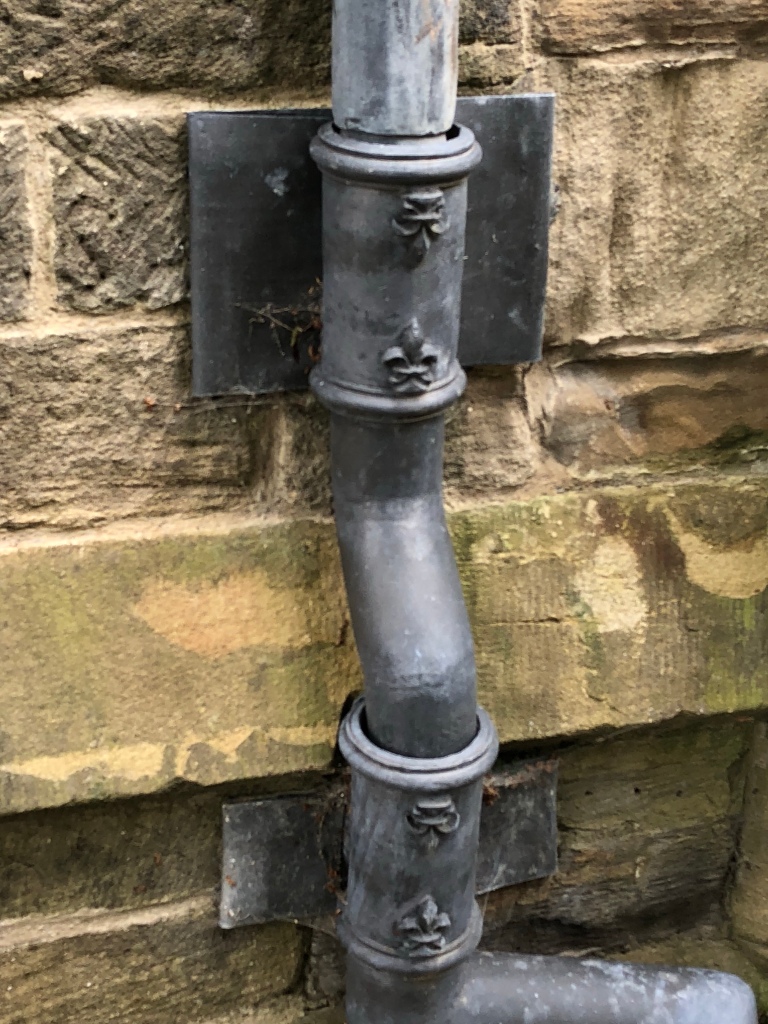 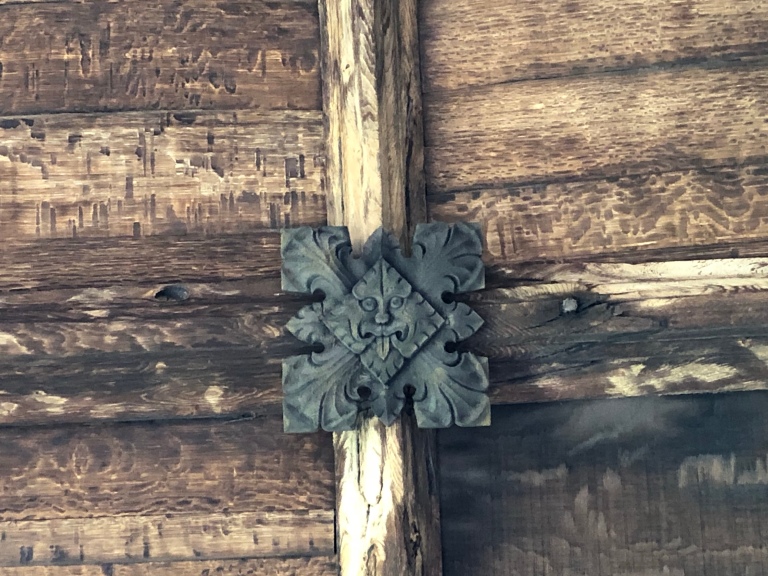 Stone trough in the centre of the cloisters green was where the monks used to bathe.

Lunch and then a tour of the castle. We were told beforehand that no photos were to be taken inside the castle, as it is now residences for university students, and during the summer breaks operates as a B&B. 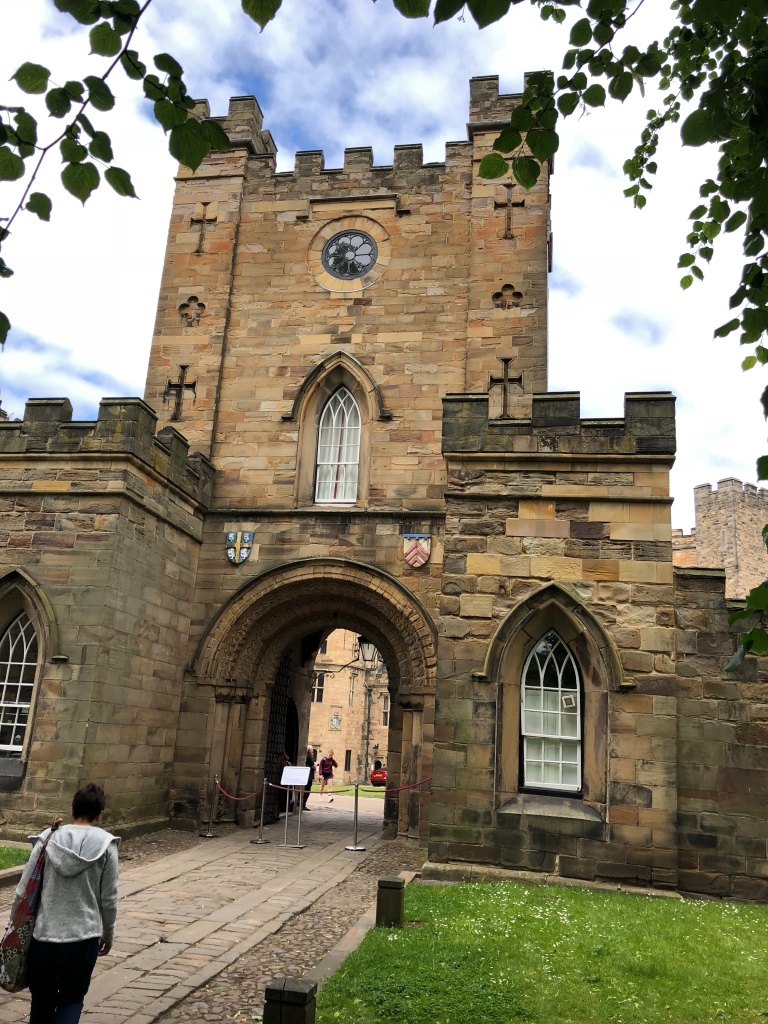 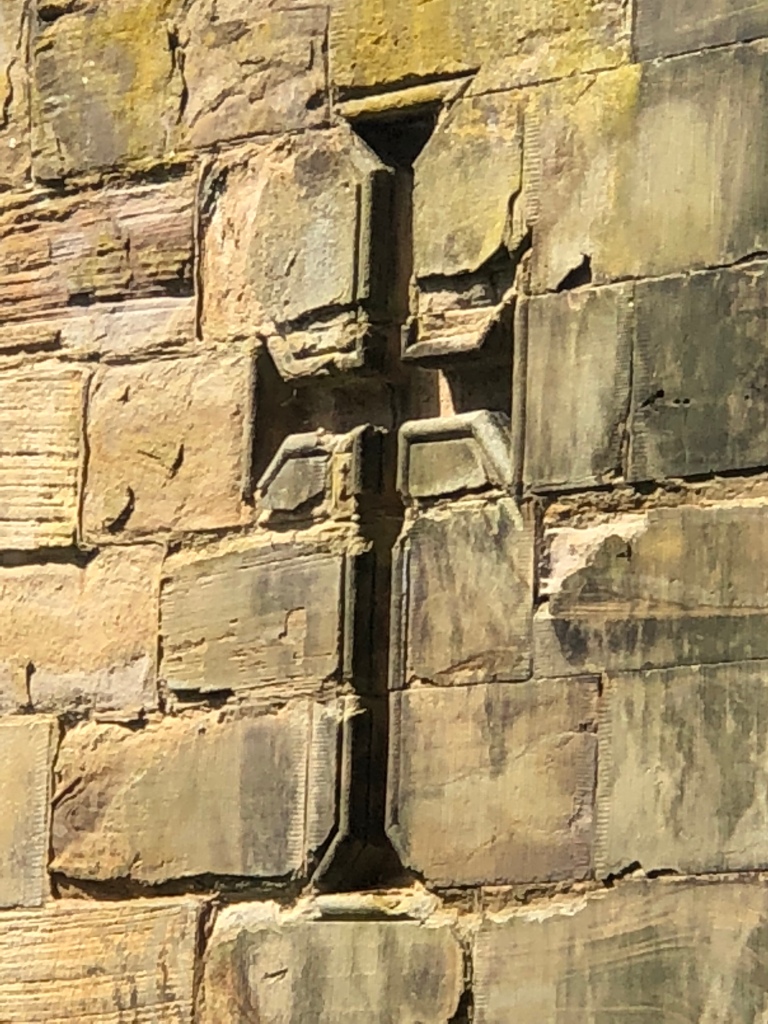 Inside the castle walls. 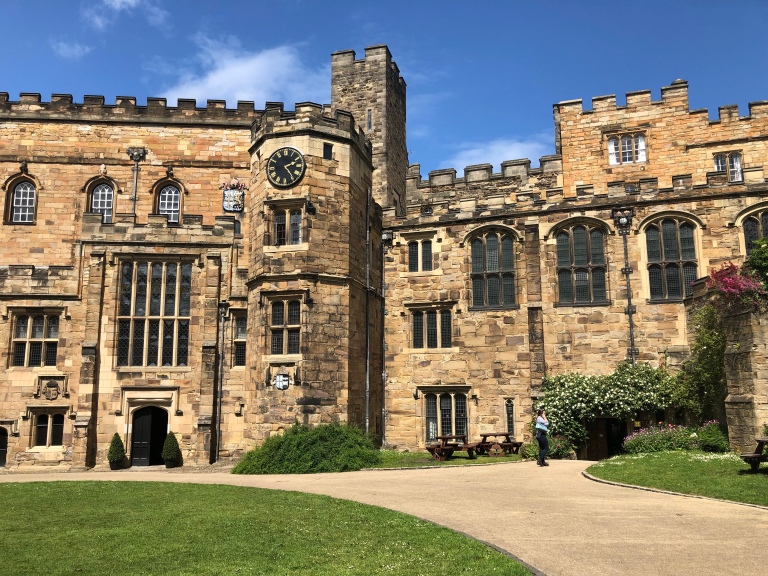 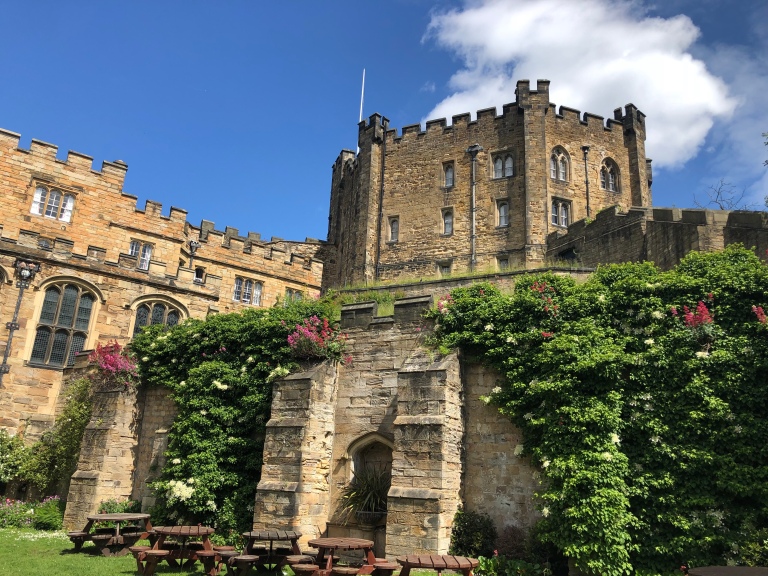 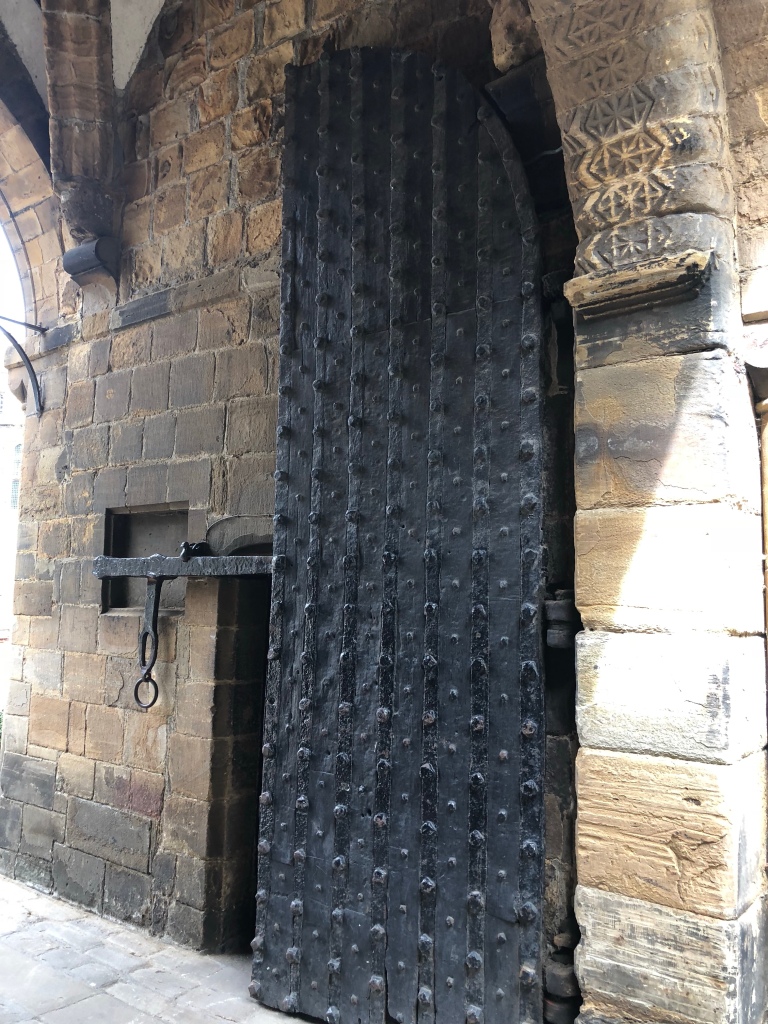 Inside the castle was amazing, visiting the two chapels, one from the 1100’s, the incredible floating staircase which is seventy metres high, and the grand hall, which is thirty five metres long, twenty metres wide and thirty metres high. It is still used today by the university for its twice weekly prom dinners, where the dean and staff are on an elevated table and the students are lined out on lower table, just like in the Harry Potter movies. Parts of the castle and cathedral were actually used in the movies.

Streetscape leading down to the river. 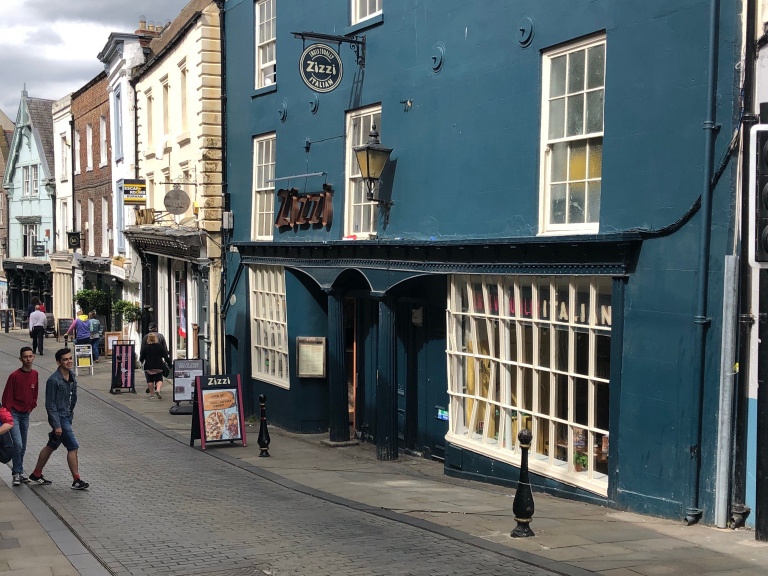 The river Wear, showing Elvet bridge, circa 1160, and some of the local traffic. 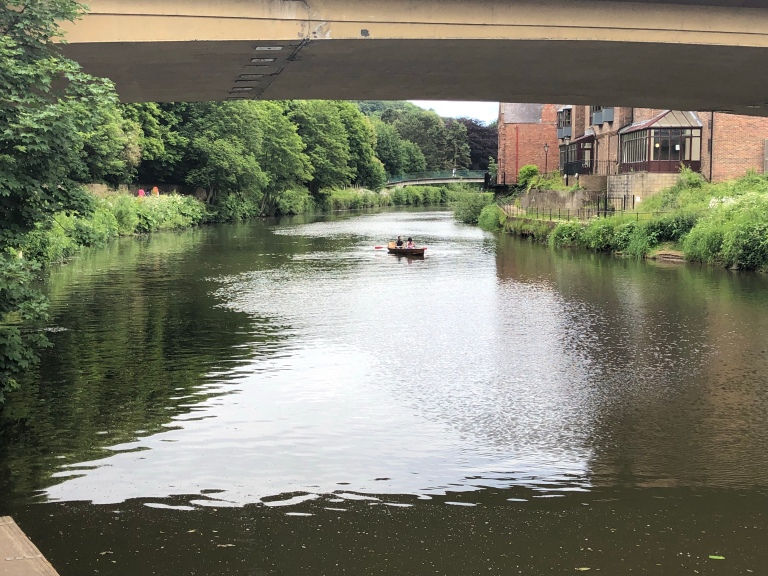 Handrail on stairs leading to river. It has been hand forged joined. 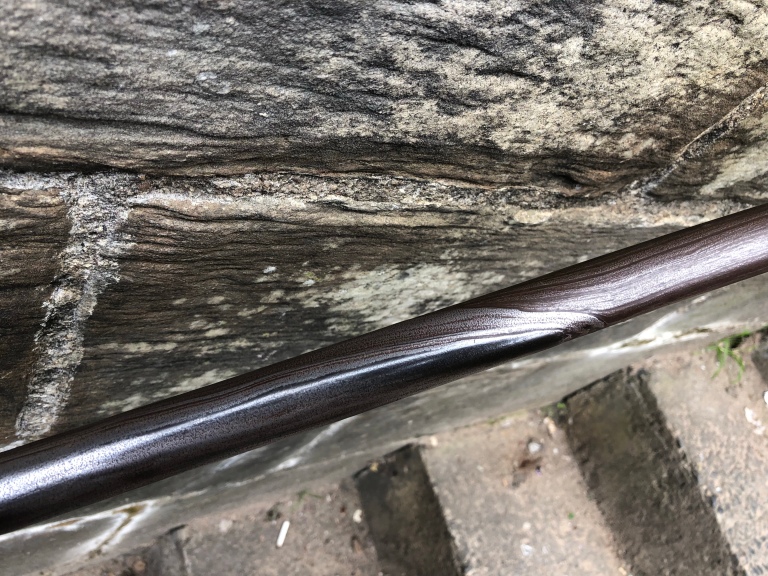 Shots of the castle and cathedral taken from Framwellsgate bridge. 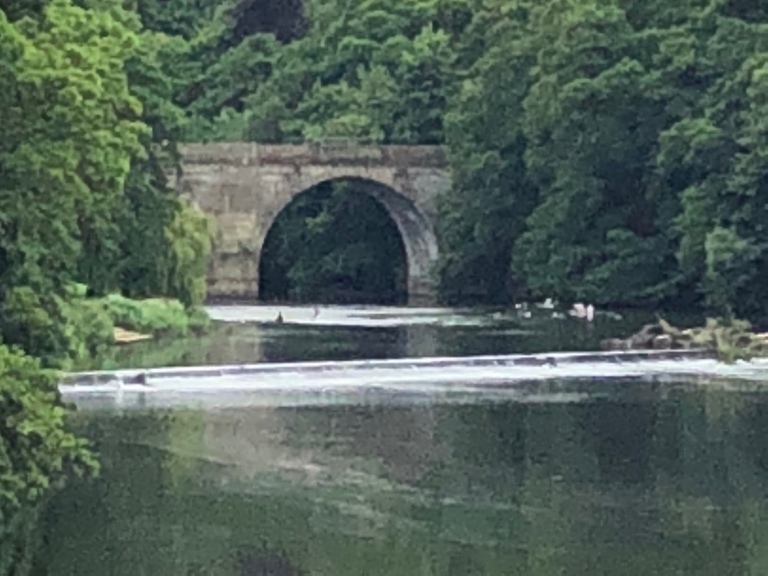 Looking in the other direction towards the new city. Now that’s what I call scaffolding.

Headed back up to market square via the Medieval Pilgrims walk. 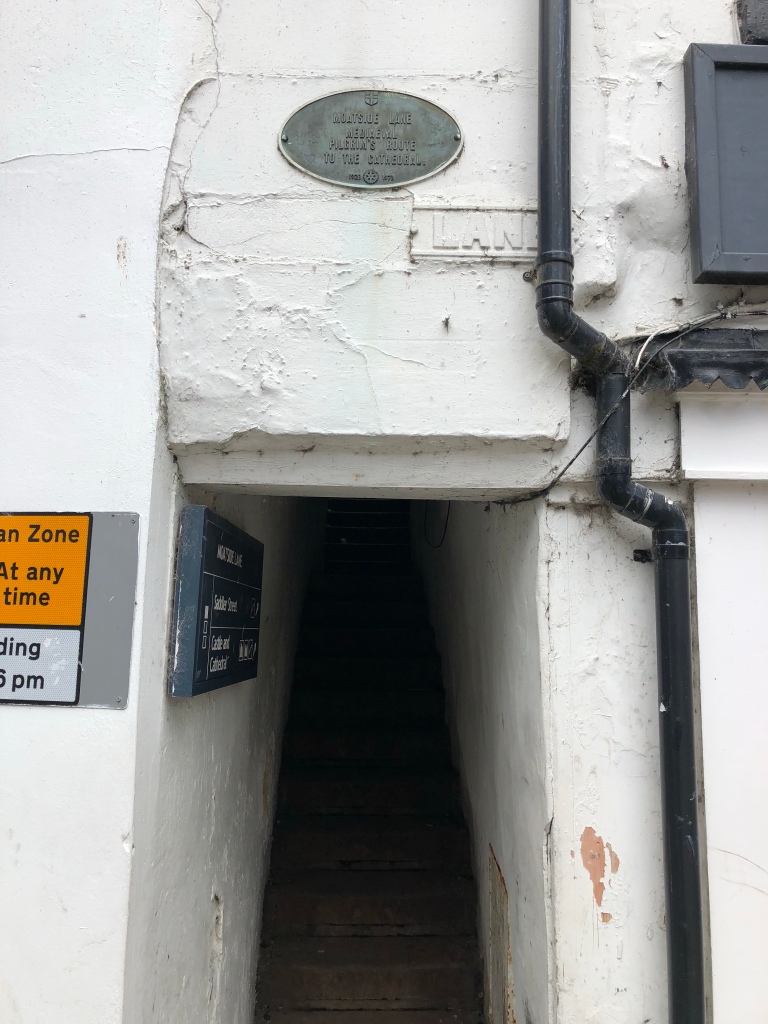 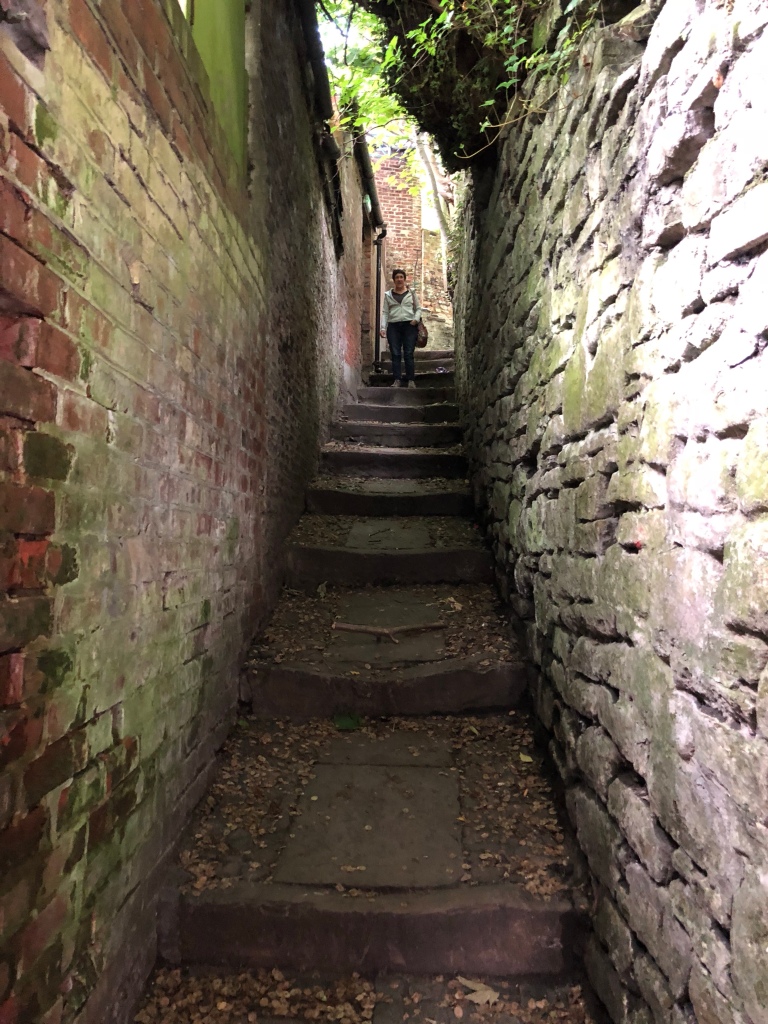 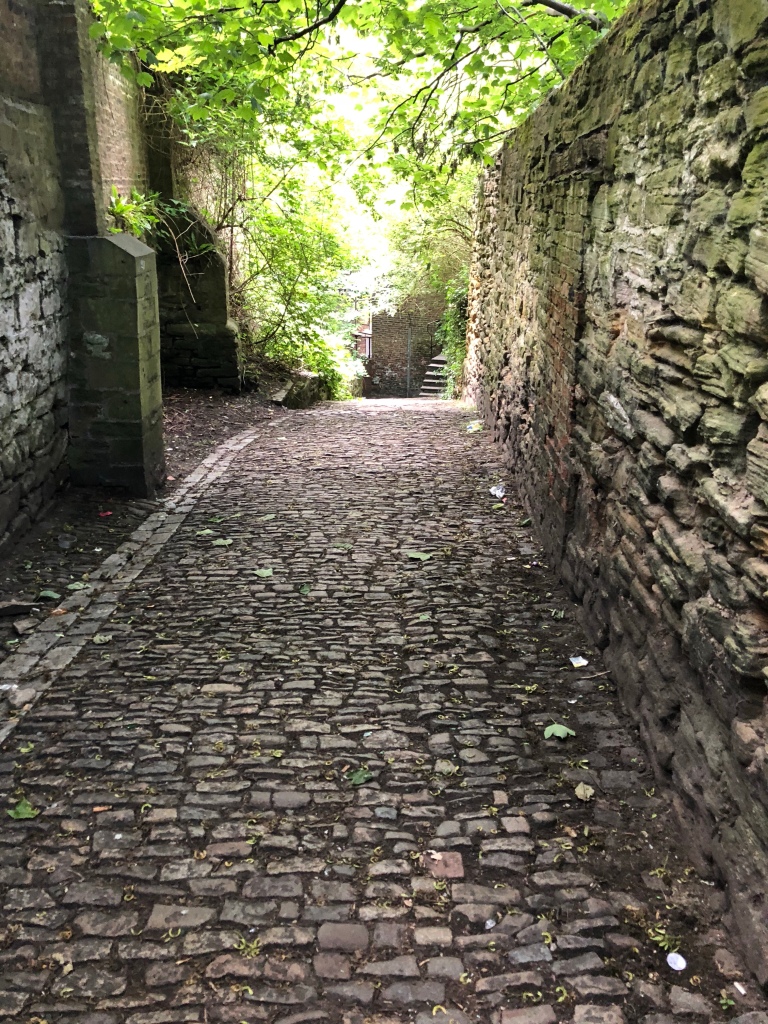 Lynton and Sarah, I did not do this. Left the sledge hammer at your place

After a long day, headed back to bus stop in need of a rest.