Have arrived in my country of origin. Will look into that later in the week when we are at Tonder, birthplace of our forefathers.

The last IKEA in Sweden. 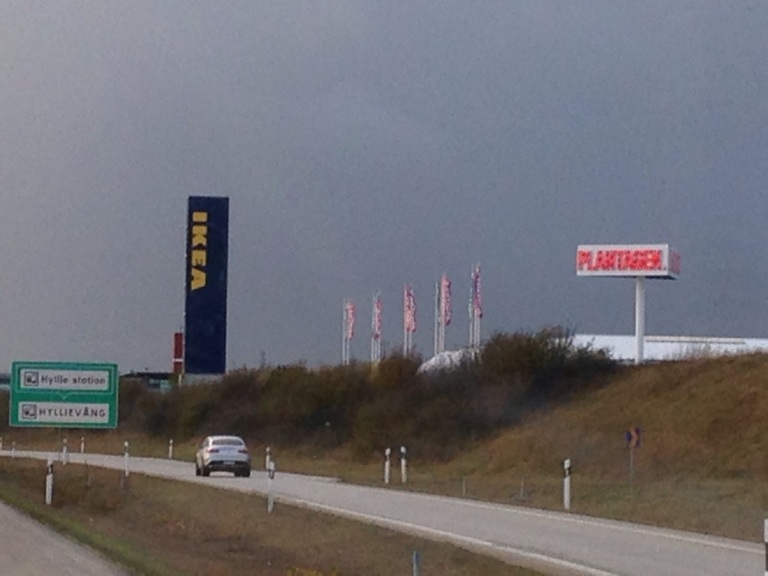 What a wild and windy trip down from Gutenburg. At times it was all we could do to manage 80kms/hour.  Then it rained. Better to have wind and rain though, in lieu of ice and snow.

The ocean is this far away. 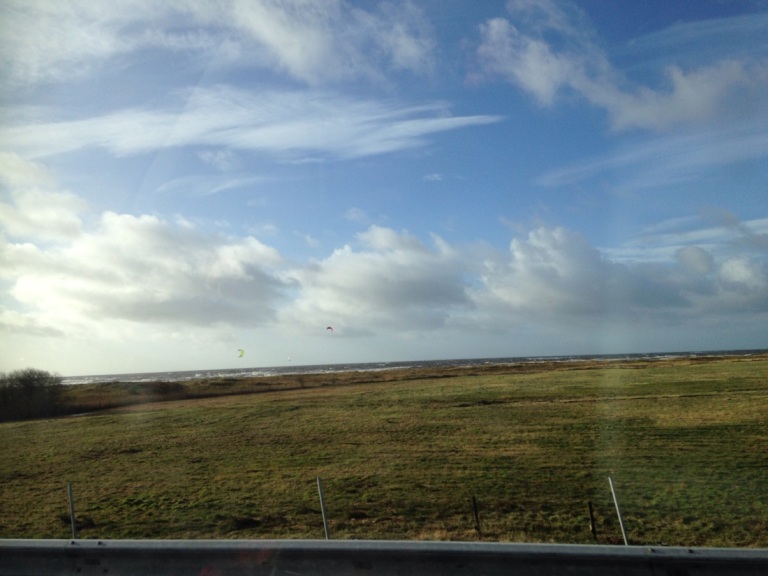 Speaking with Lynton in England last night and he said they had 90kms/hr winds in Scotland. Know where they are now.

Coming across the bridge linking  Malmo in Sweden with Copenhagen in Denmark, was particularly scary. So far above the water and open to the elements, we received a right buffeting. 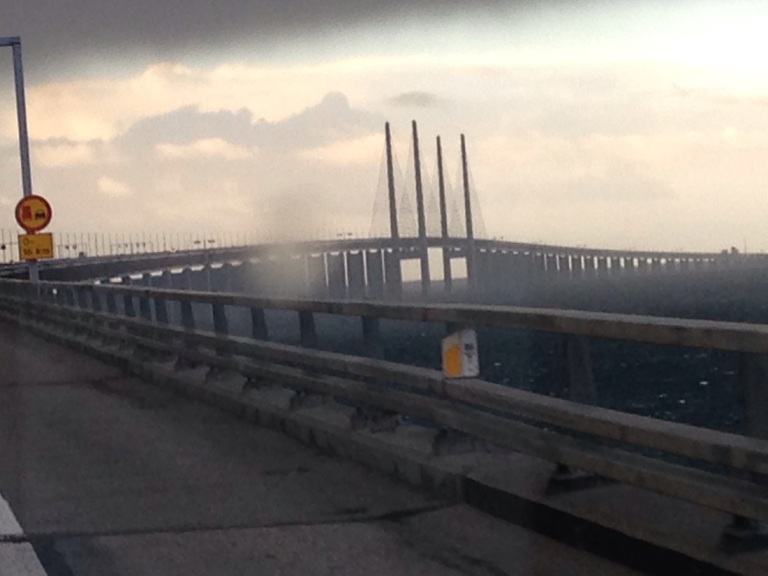 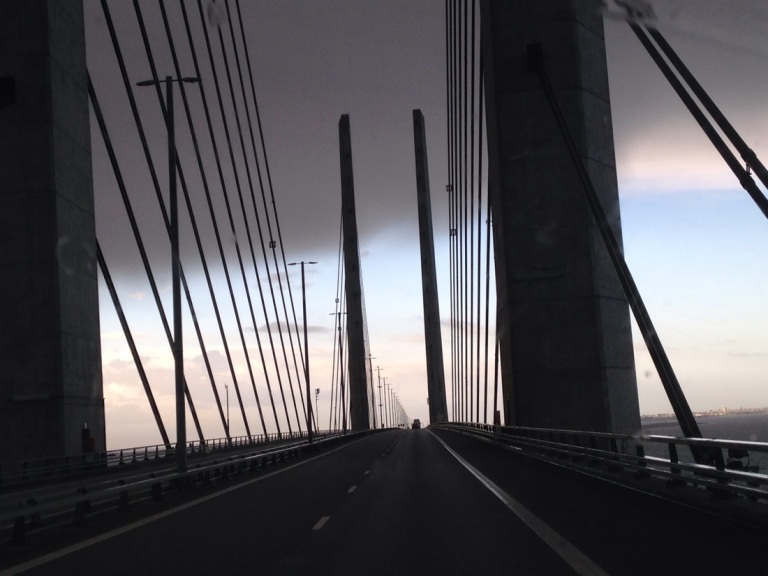 Following the bridge we proceeded into a 5km long tunnel which goes under the sea to allow shipping to travel up and down the coast.😳😳 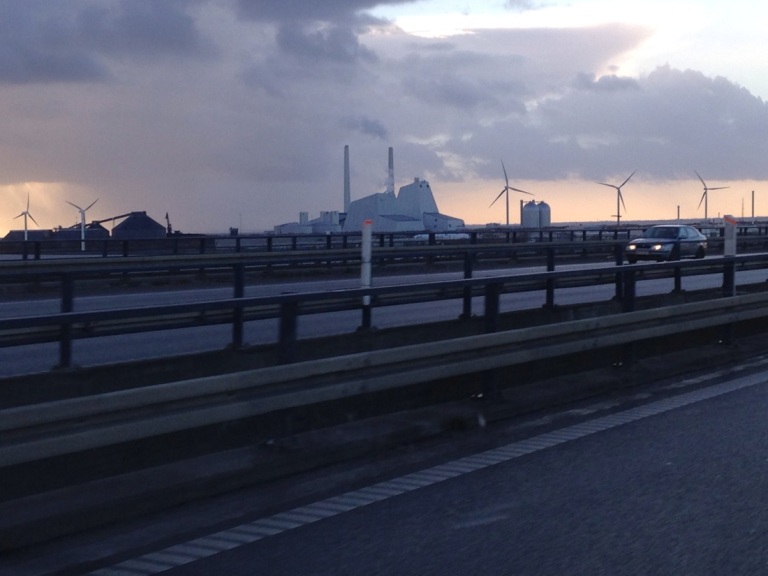 Found the campsite easily, set up and had a much needed cuppa.

Not the best sunset we have seen, but there is another storm brewing.

An hour later we had a hail storm!