Off through rolling hills and fields covered in red poppies. Feel a poem coming on! Arrived in Villers Breteneaux and headed for the Victoria School. 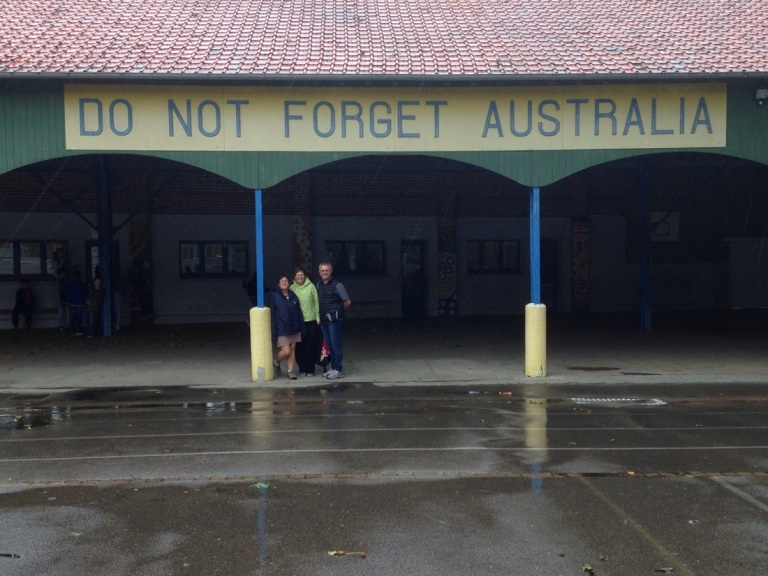 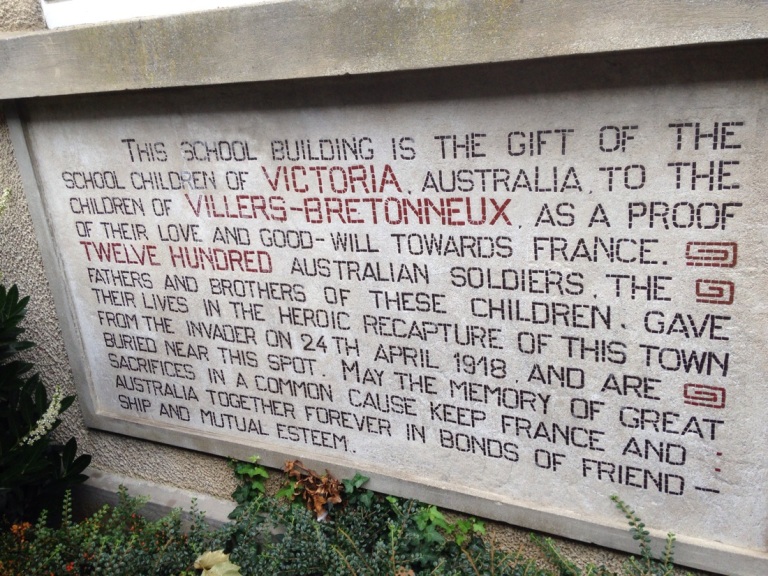 This school was funded by Victorian students following the war. Everywhere you look around the town you are reminded of Australia. Australian flag, our coat of arms on the town hall and a big sign at the Victoria School which says, Never Forget Australia. They even sing the National Anthem before school. 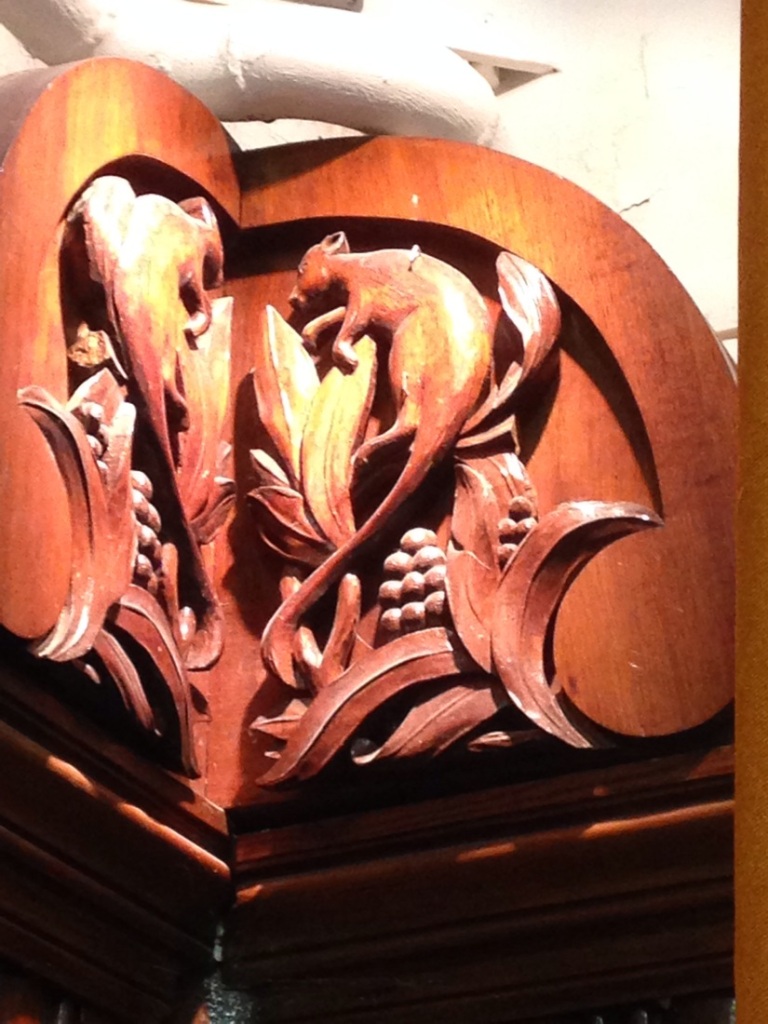 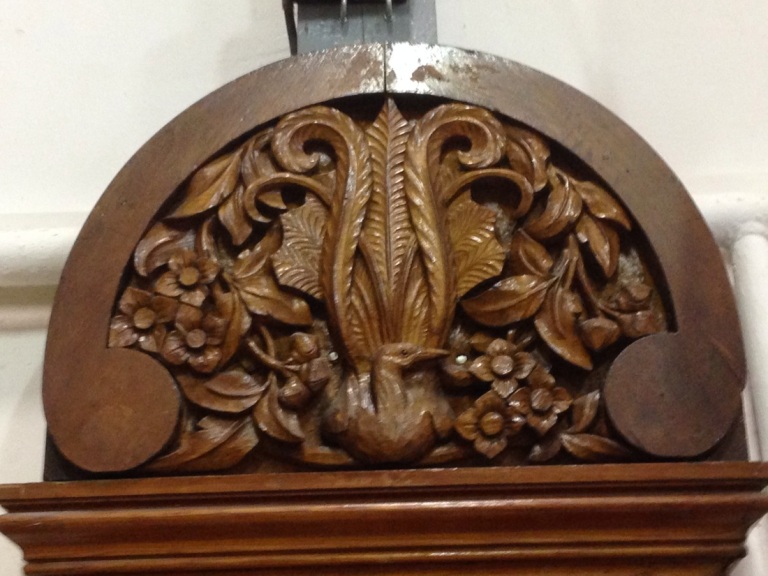 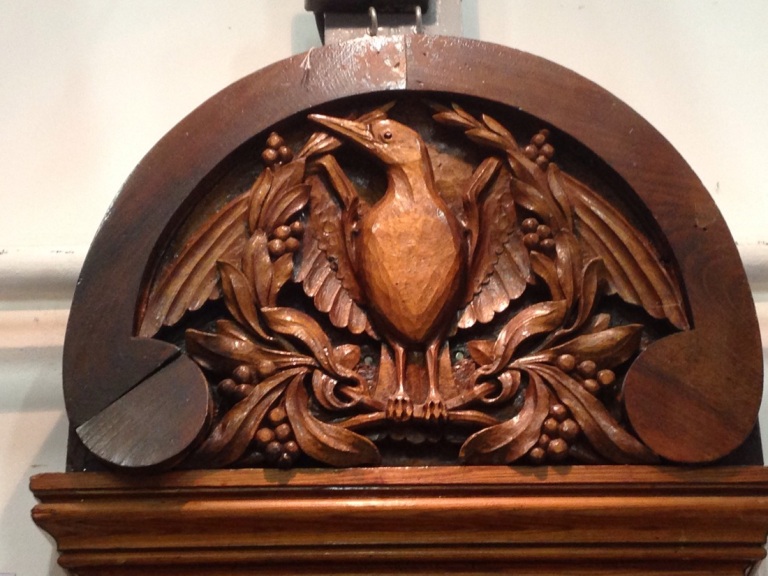 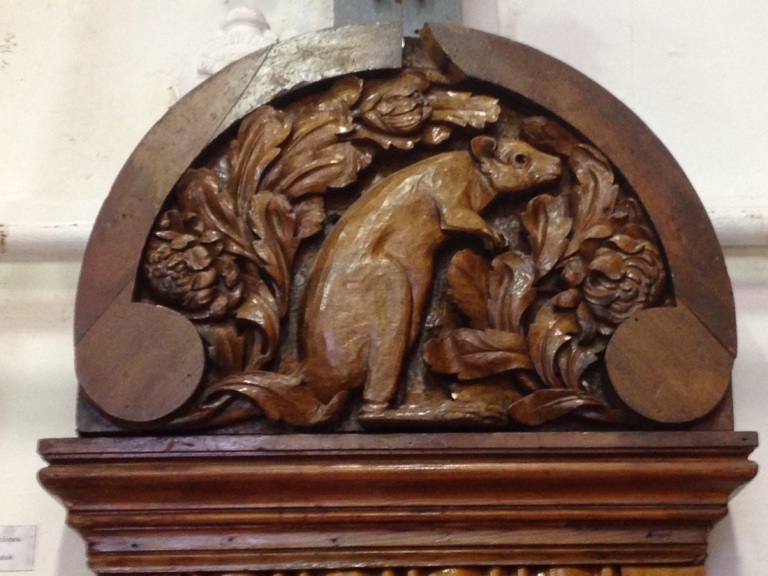 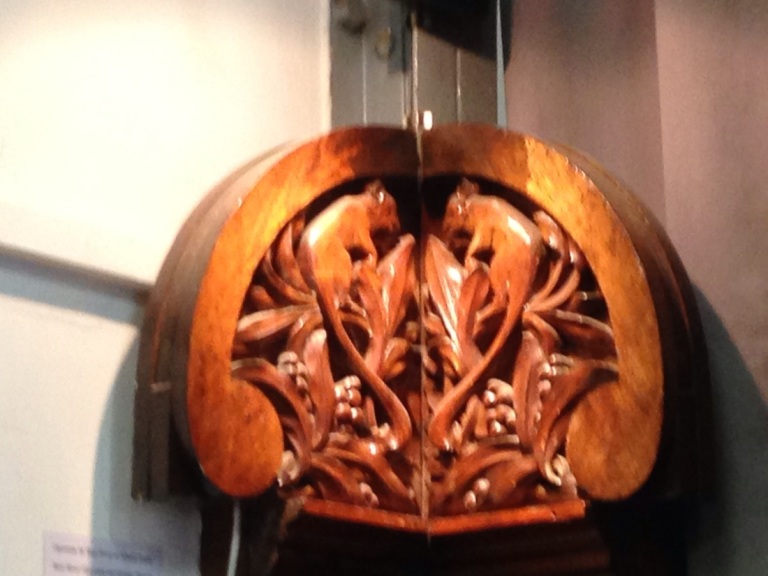 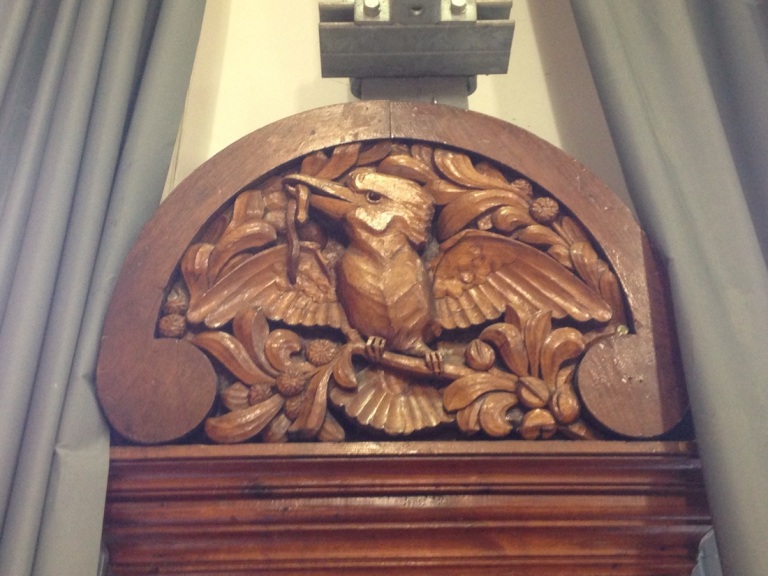 The school hall is amazing to see. The walls are decorated with carvings of Australian animals completed by students from Dandenong Tafe in the 1950’s. Photos of Austalian scenes are everywhere. The museum part of the school was undergoing restoration so part of it had been set up in the hall. Had we been able to visit the whole museum, we would have been able to see all the pennants and signed jumpers from Australian sporting teams who have visited, including the Wallabies, Kangaroos and the Australian Cricket Teams, and yes the Australian 50’s Hockey team from last year!

Headed out to the Australian War Cemetry where around 7,500 soldiers are buried. This is where the Anzac Day ceremony is performed each year. Many if the graves here are marked, ‘known into god’. 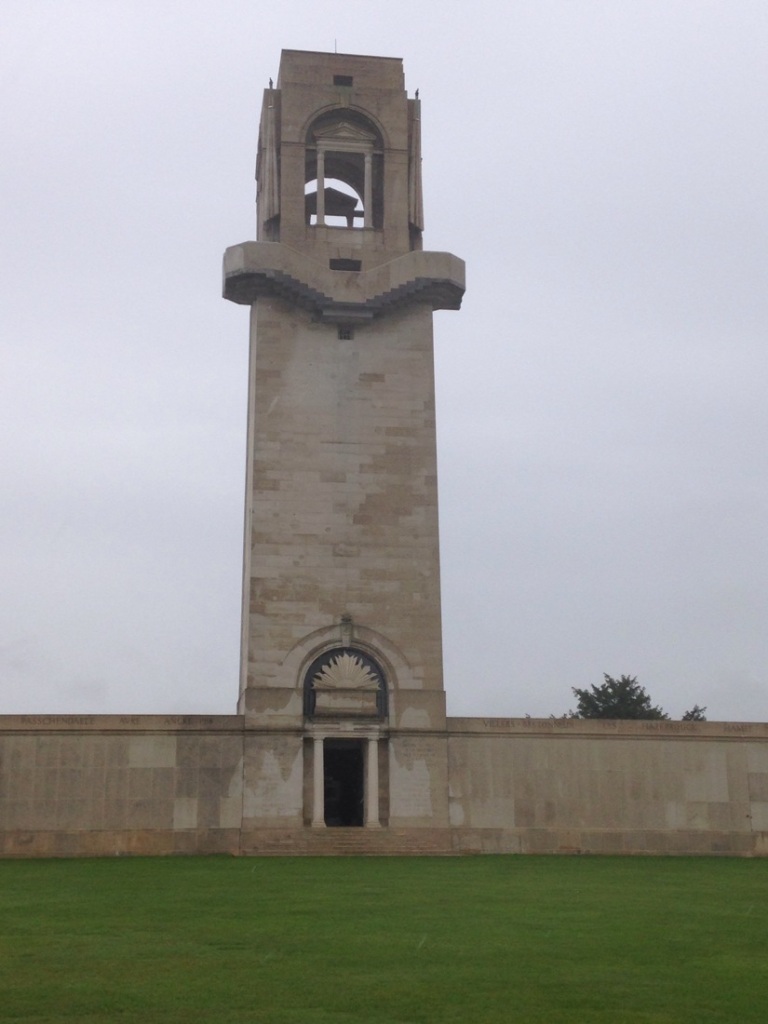 Had the pleasure of climbing to the top of the monument from where my cousin two years ago, played the last post and reville for The Anzac Day service.

Rain started to increase in intensity so we headed for Versailles near Paris to the camp ground.