Up early and headed off to Venice by 9.30. Although it was only a one hour trip, we needed to get there, set up camp and then catch the bus into Port Marko, 10 minutes, and ferry to Guidecca, 45 minutes, which is the island opposite St Marks Square, where we would meet Lynton and Sarah. 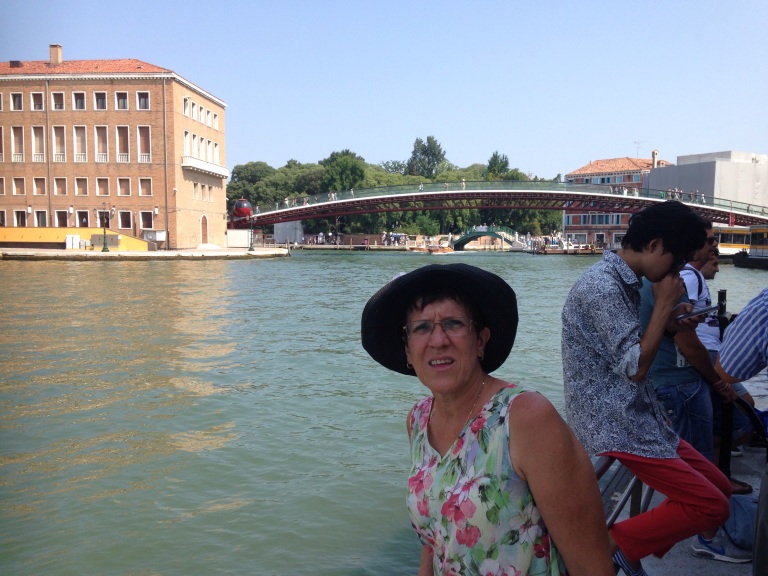 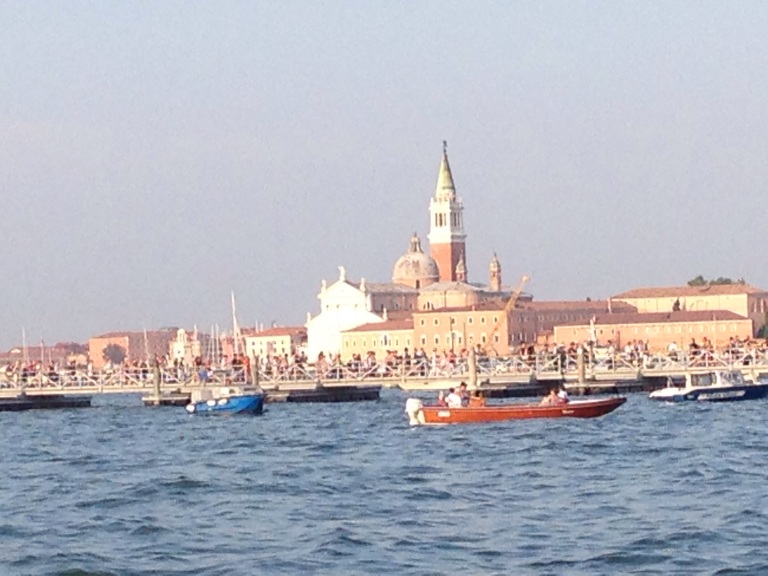 We were staying at Chas and Lucy’s apartment on the island tonight, as we were here for the celebration of Redentore, which celebrates the end of the plaque in 1597. 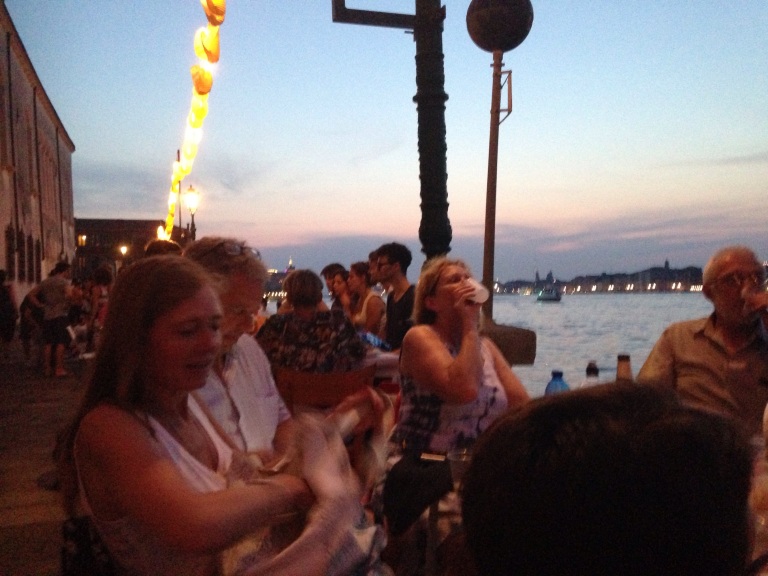 Everyone marks out their area on the waterfront weeks in advance, then brings down their table, chairs and food for the festivities. At 11.30pm, there is a 45 minute fireworks display which would rival Sydney’s.  Following the display we headed back to the flat for some more rehydration and sleep.

For those who have been to Venice, for 24 hours only, there is a pontoon bridge from St Marks Square across the water to Guidecca, a distance of 700 metres. It is the only day in the year when you can walk between the two islands.

Cruise ships queue in the port for a week waiting to pass through once the bridge is moved. This takes place from midnight the next day and the ships come through from 9.00 am. An engineering feat. Said farewell to Frenchie and Finn, friends from Sydney, who were leaving for Aus.

This kid is amazing. At six years of age he knows the periodic table back to front, their atomic weights and number and can even draw each atomic element. He can also design molecules that none if us recognised. We will read about him in years to come. 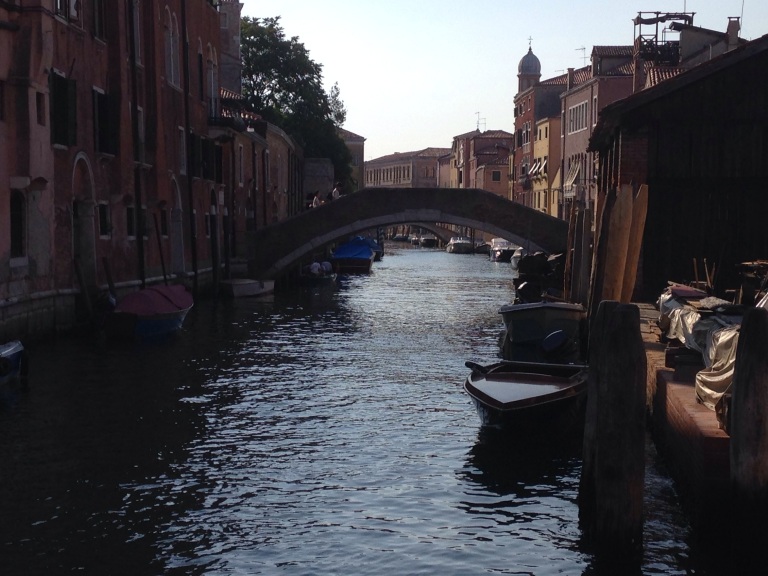 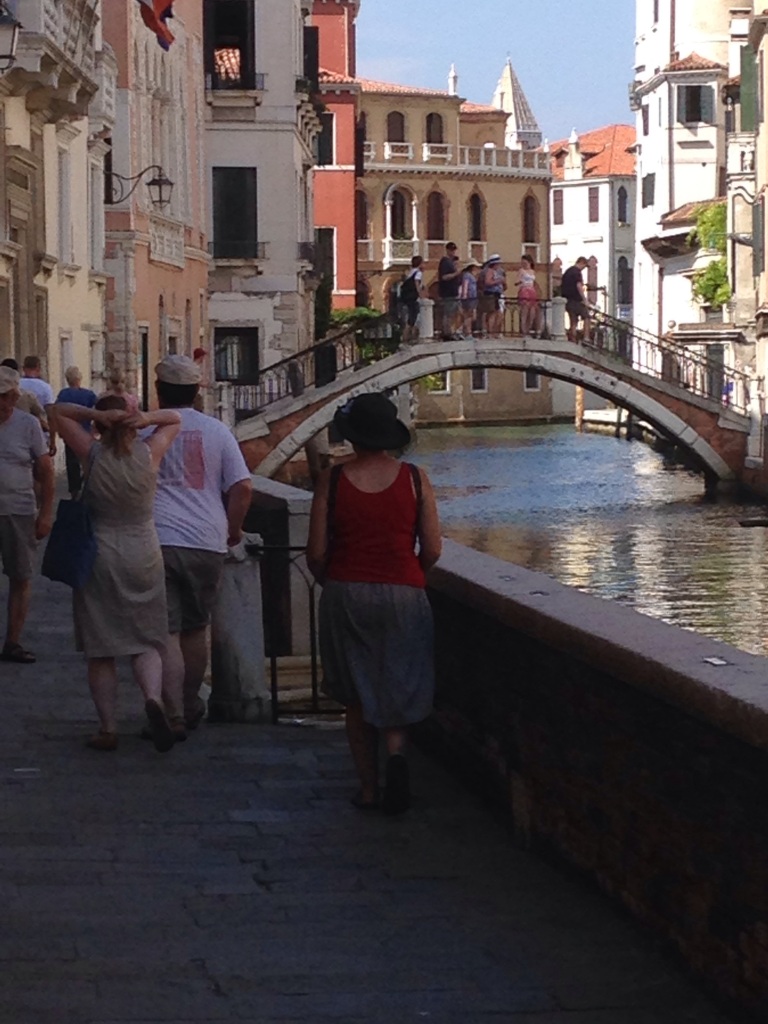 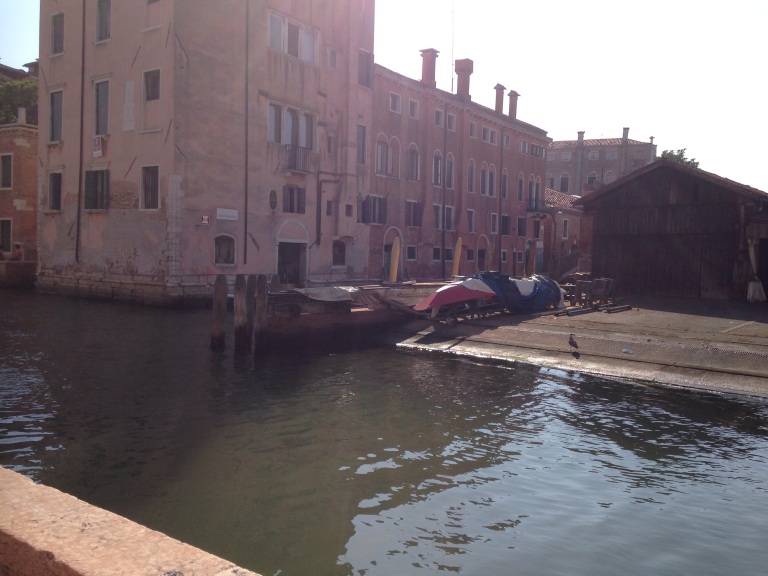 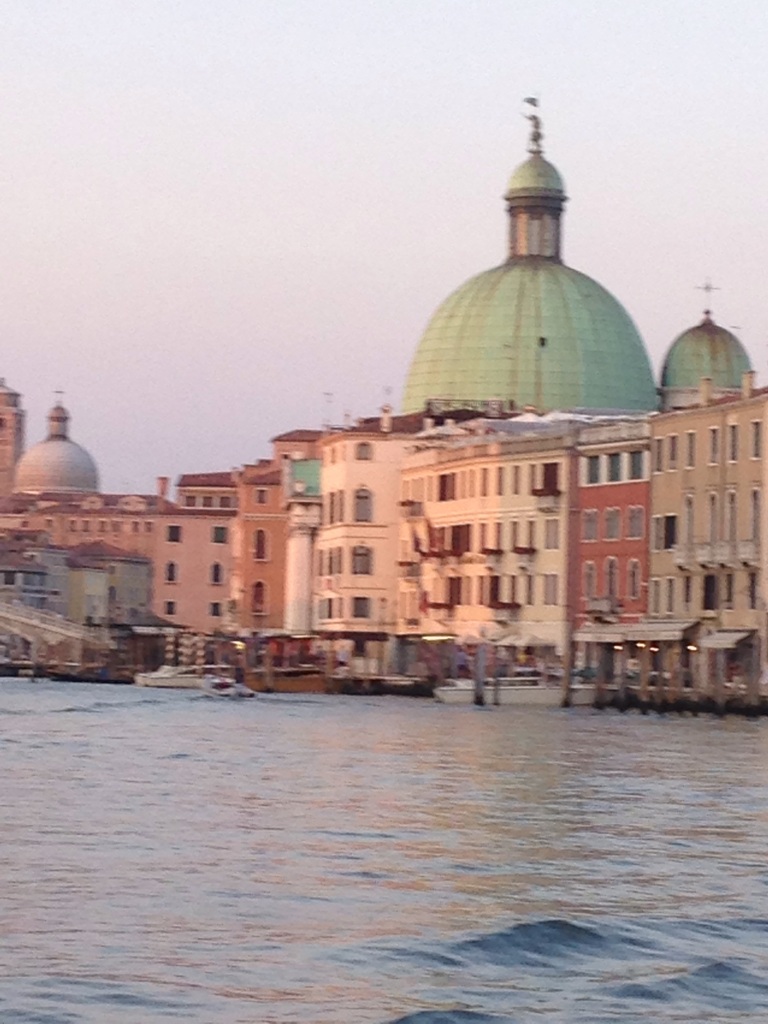 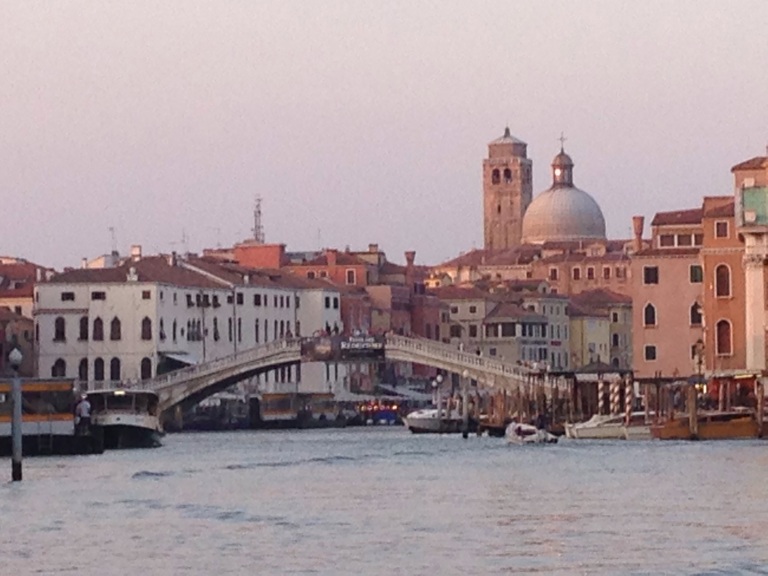