Started of the day with a visit to Mey Castle, the former Scottish home of the Queen mother from 1952 to 1996 on her death. The castle now runs on a trust set up by the Queen mother. 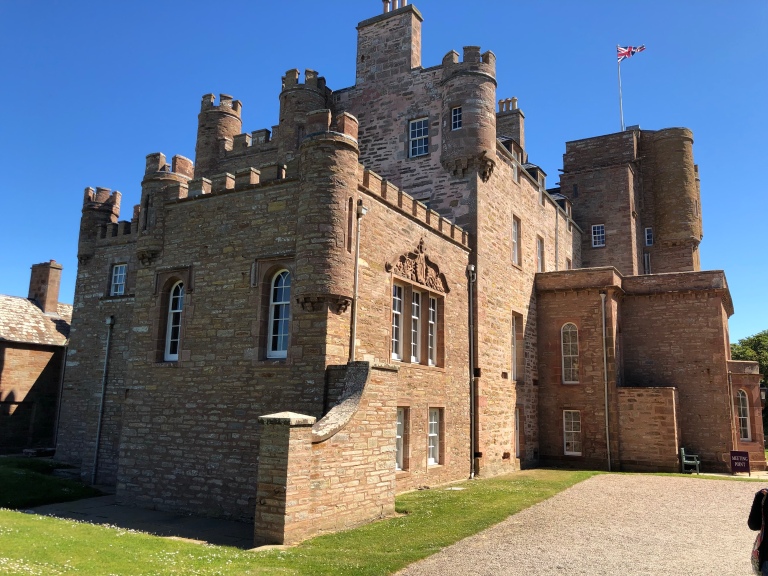 Front of the castle, which used to be the back, as the original front door is on the sea side, as in those days that was the most vulnerable side of a castle.

Looking through the front door. As you can see no photos inside. The castle was purchased by the Queen mother after her husband George died. She was visiting friends and noticed it so purchased it for the tidy sum of £100, and proceeded to spend a great deal more in rebuilding it. The castle is still used by Prince Charles, usually during August, and the stud farm still operates to thus day. 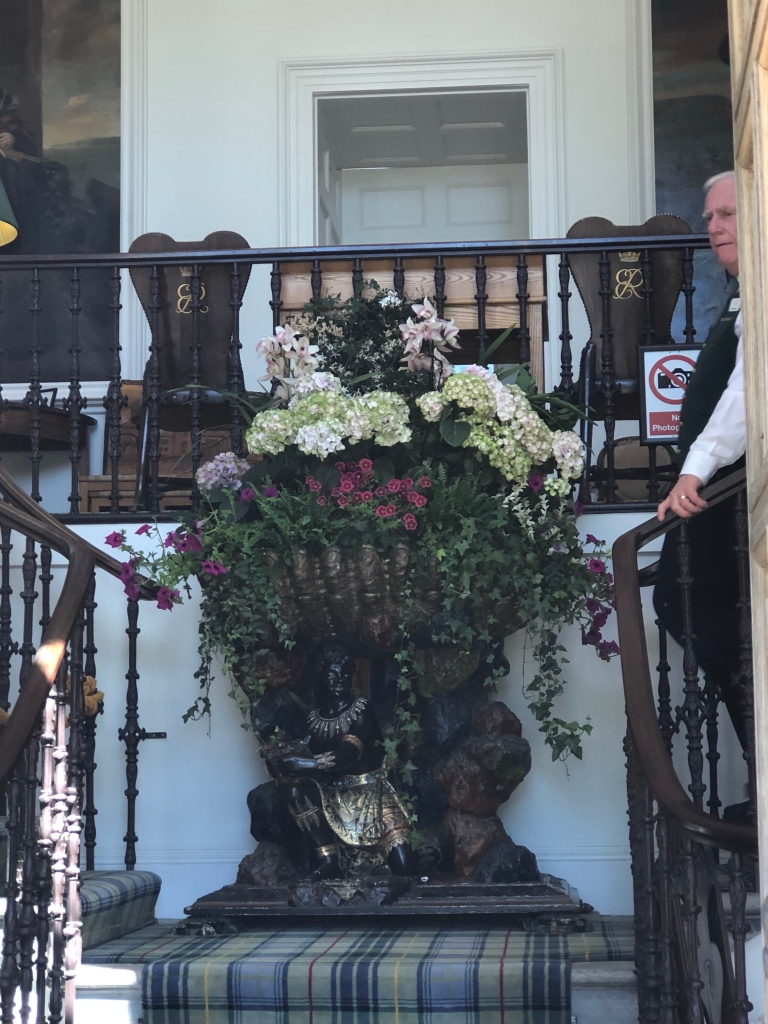 The original front door now at the back of the castle. 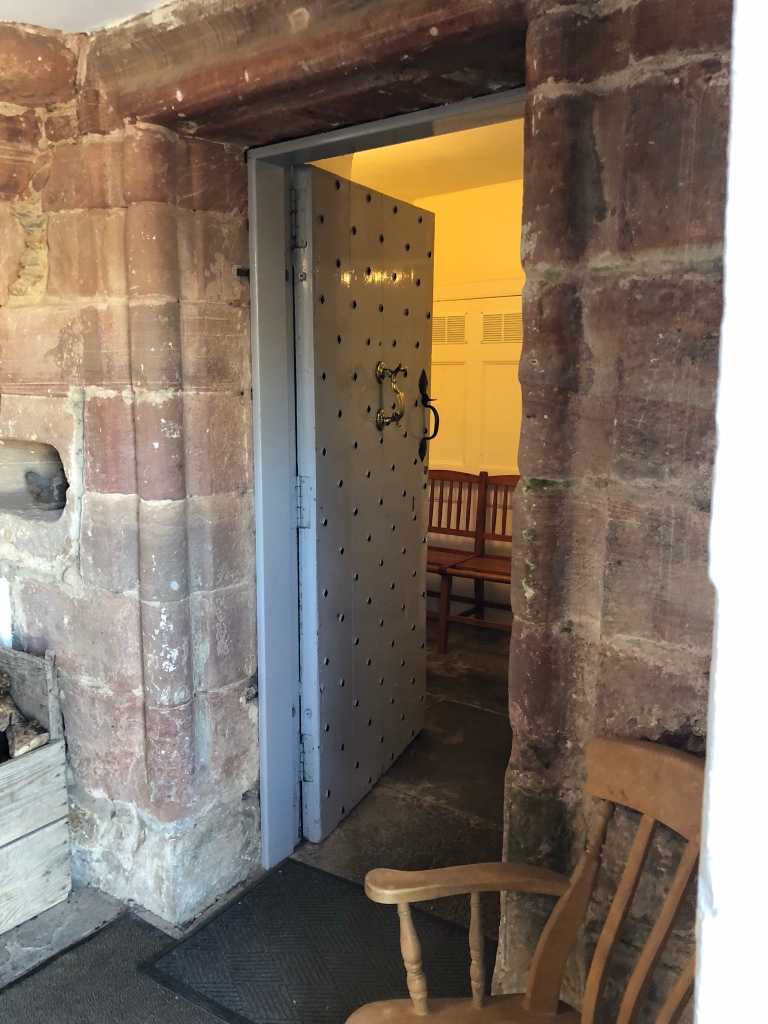 Looking from the sea back up to the castle. 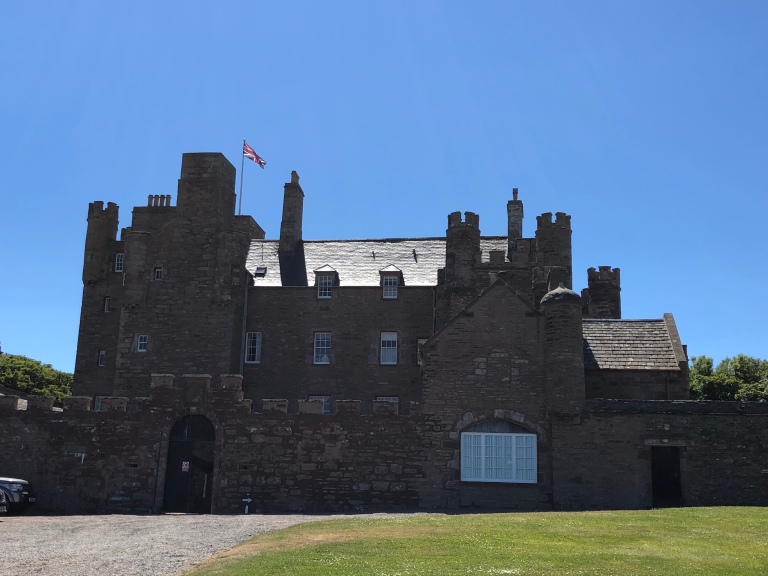 The grounds include a lovely walled garden, with a large variety of plants. 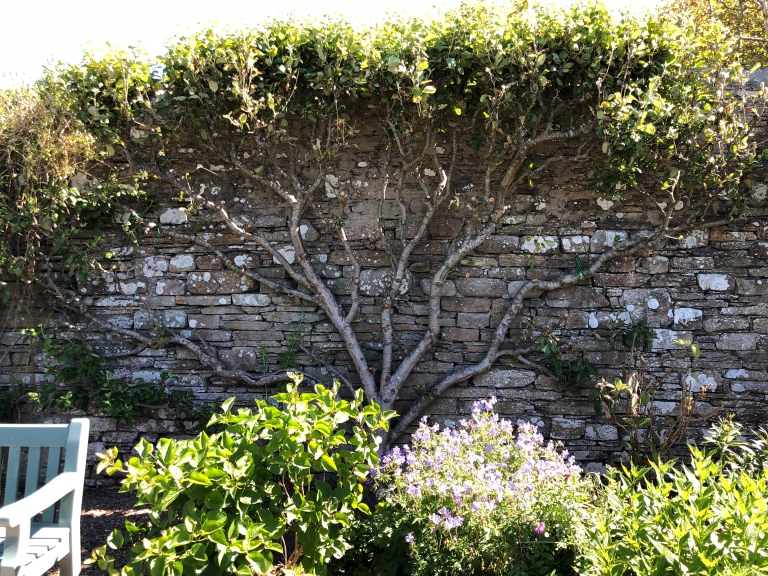 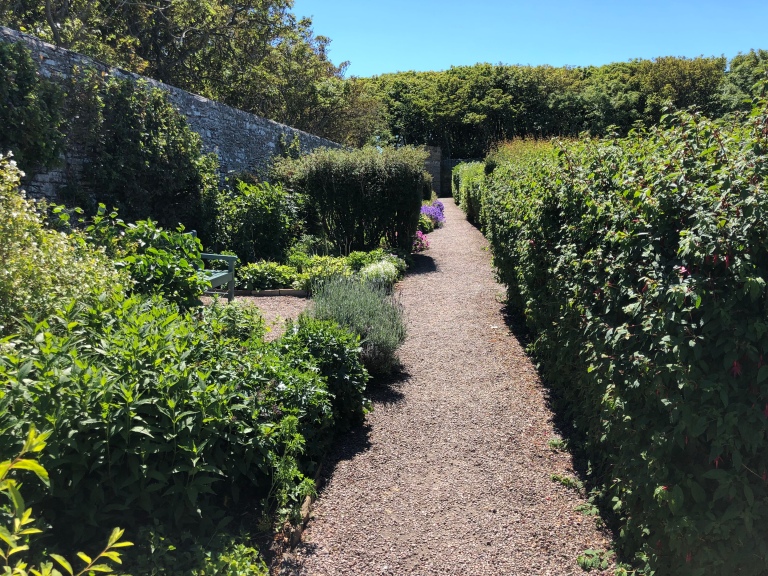 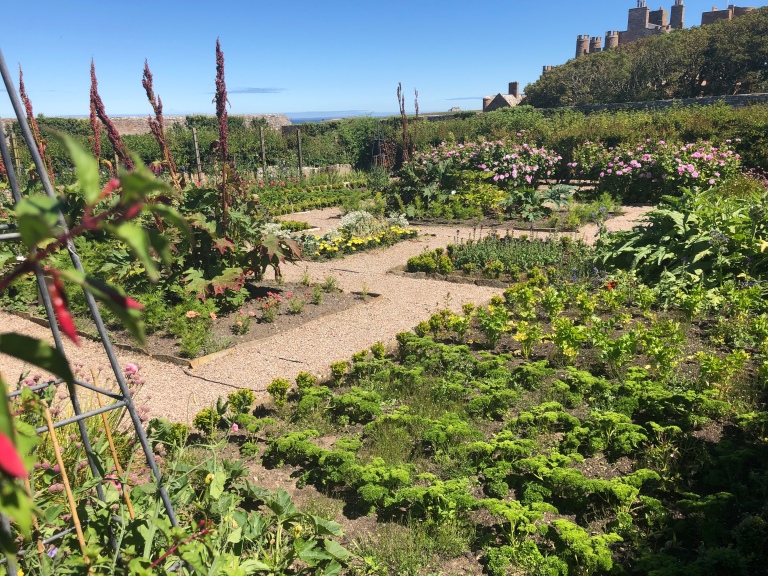 Orkney Islands through the telescope, 9 miles away. 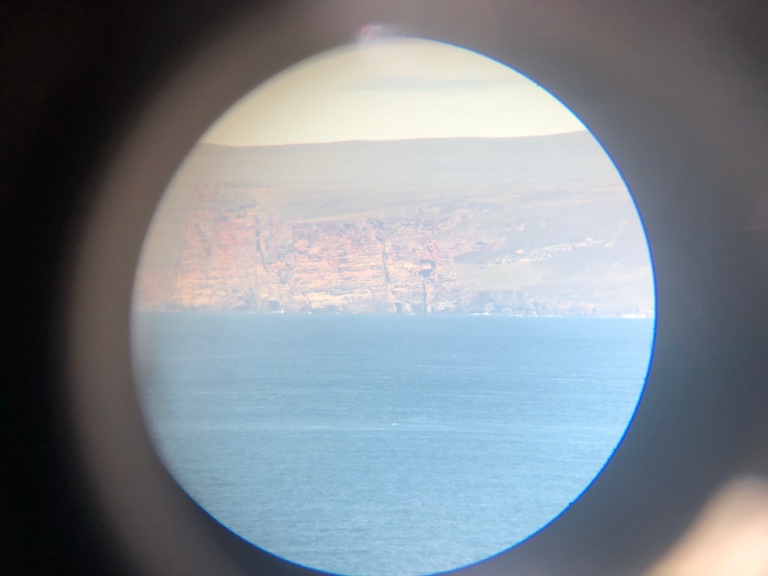 The Old Man of Hoy as well. 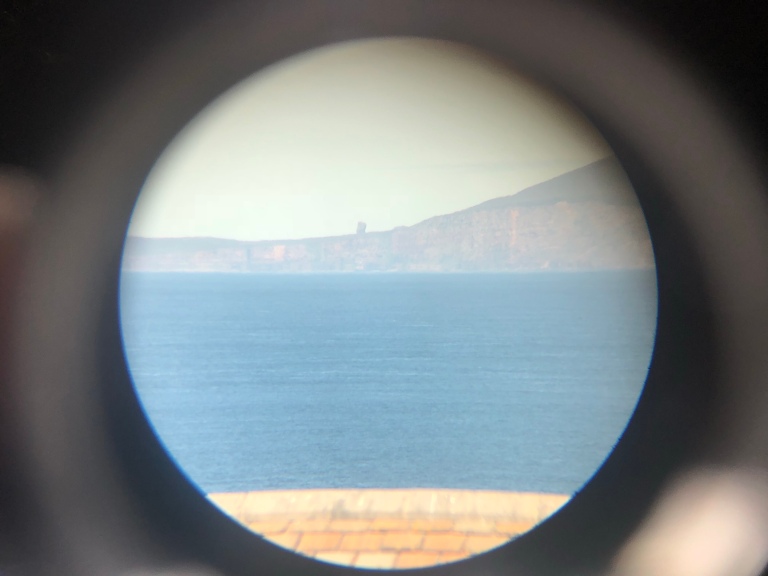 Quick bite and cups and on our way across the top of Scotland, Mey to Durness. It’s only 78 miles, but will take around 3 to 3.5 hours as the road is very winding and only one lane wide with passing bays. Need to add that this is the main road around the top of Scotland. 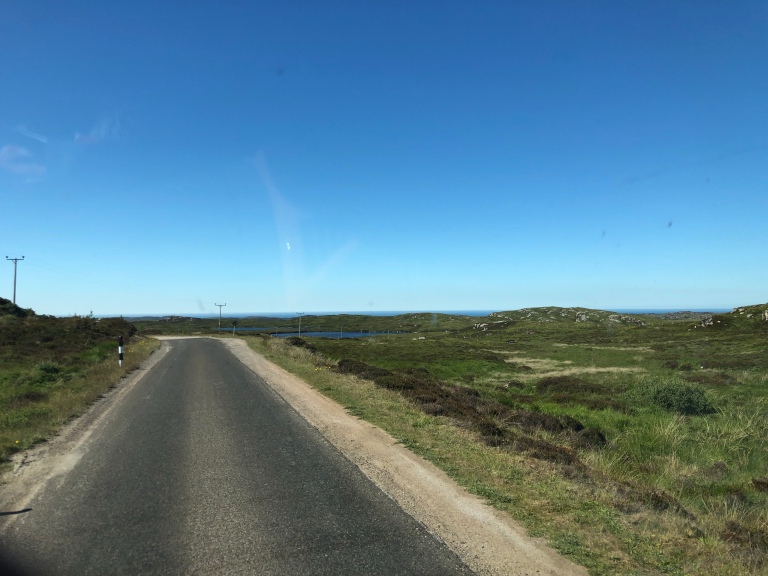 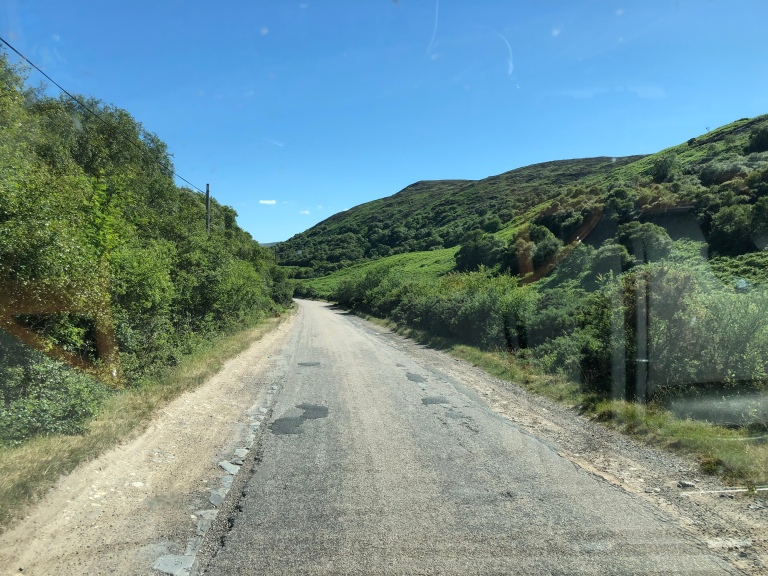 Stopped at this garden on top of the highlands.

Bit of a luxury, lane each way with a dotted line.

One of the many lochs along the way. 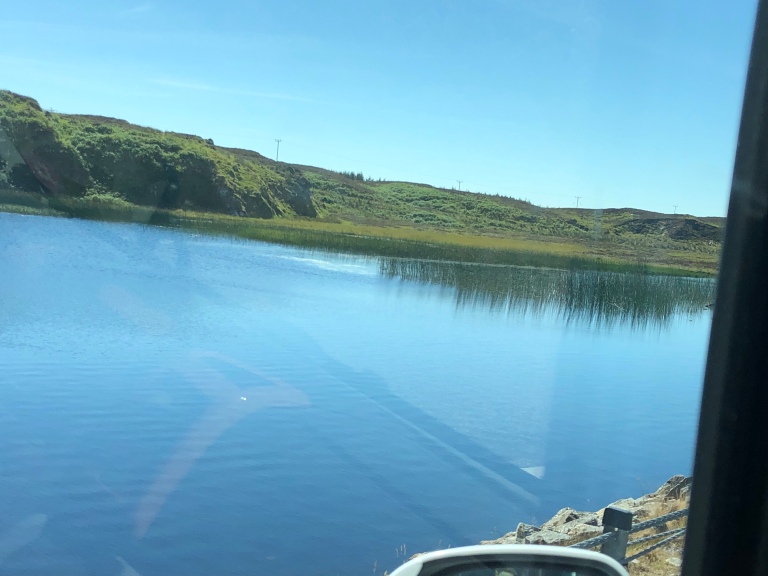 This is what most of the road looks like. 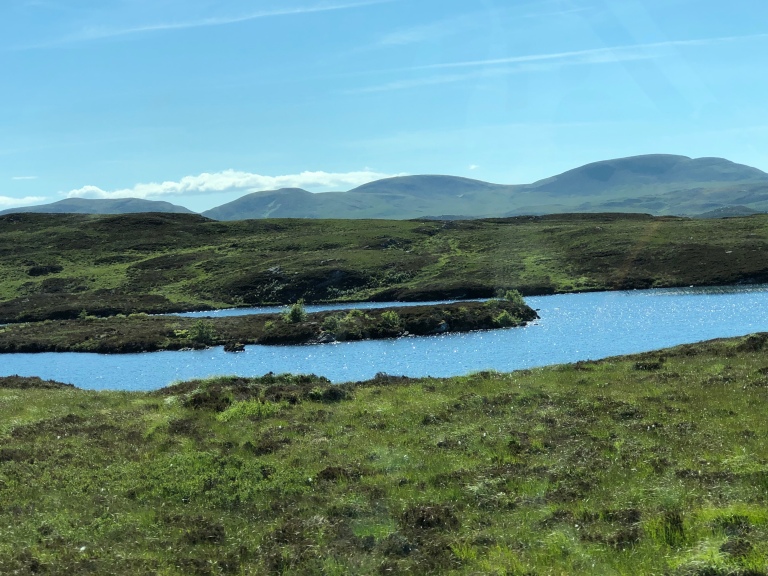 Not a loch but the sea coming a long way inland. 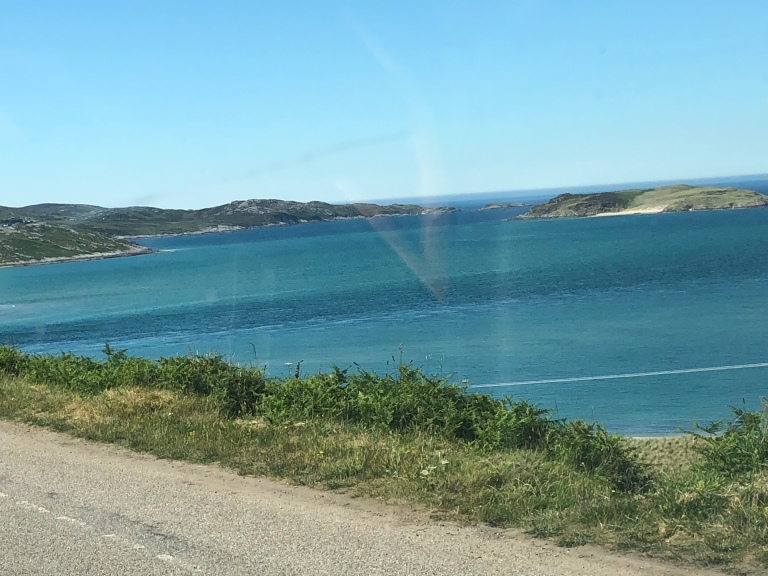 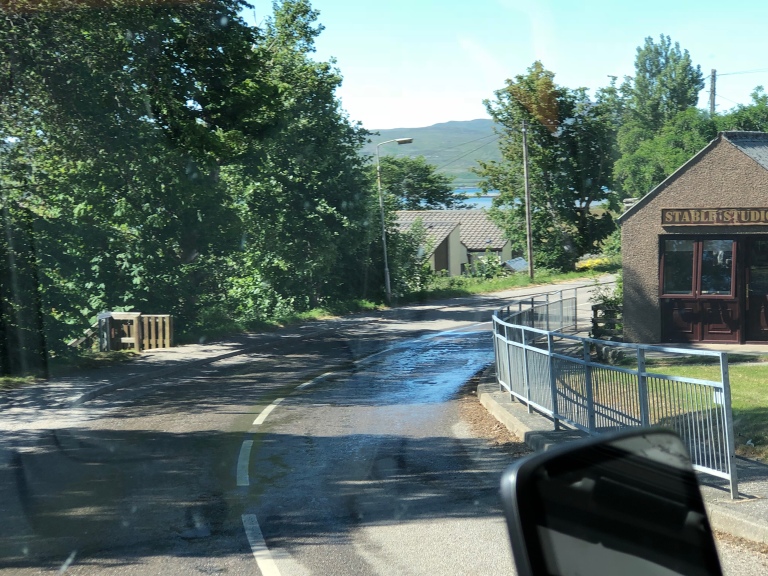 Start of the Kyle of Tongue, which is a huge inland saltwater loch connected to the sea. We had to travel all the way around it.

Stopped for photos and break. Driving is full on.

Think we are enjoying ourselves. 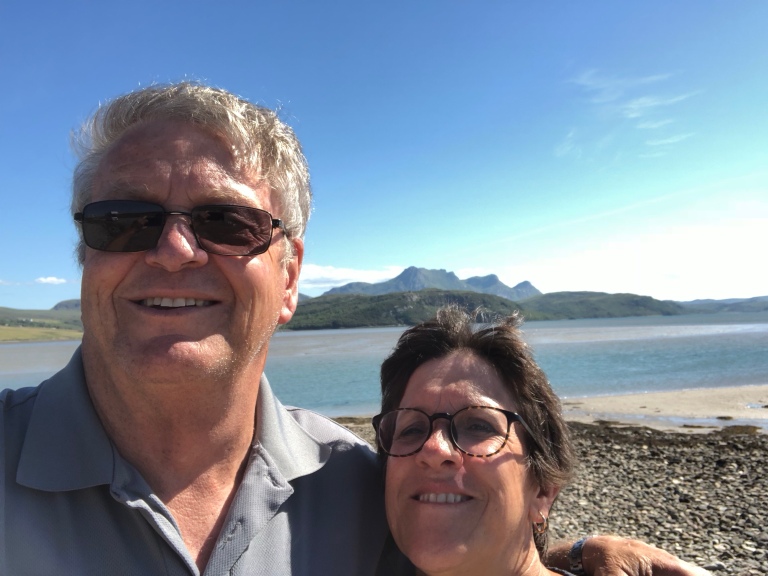 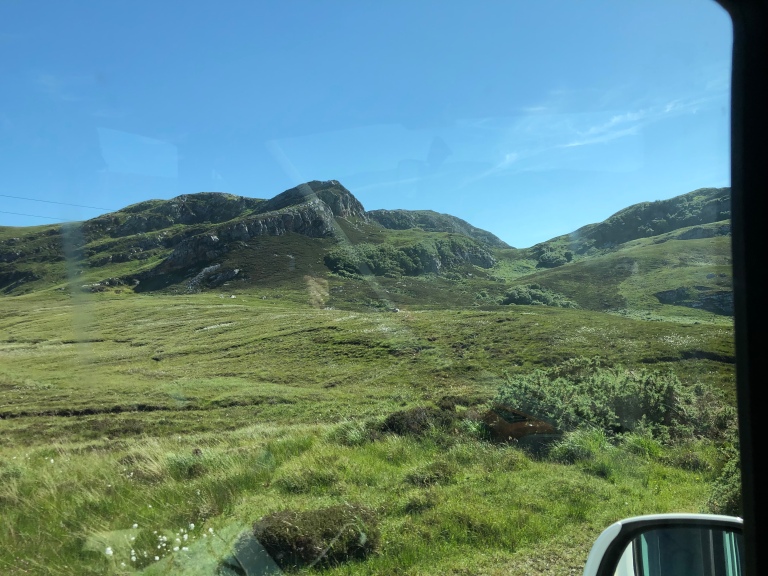 Travelling along the side of the Tongue.

One of the locals. 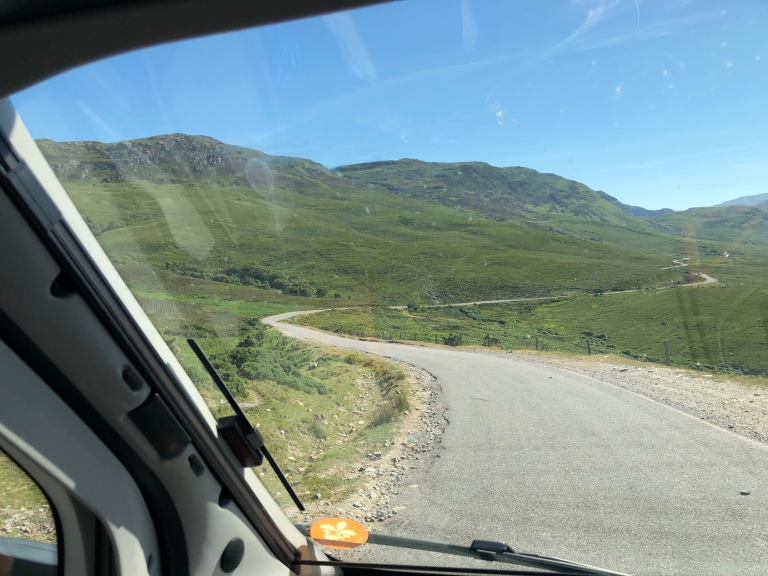 Lots of these on the road today. 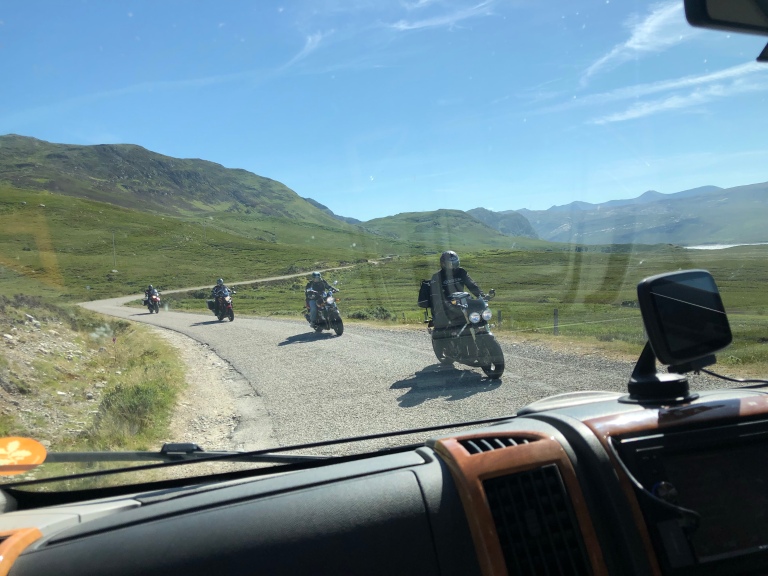 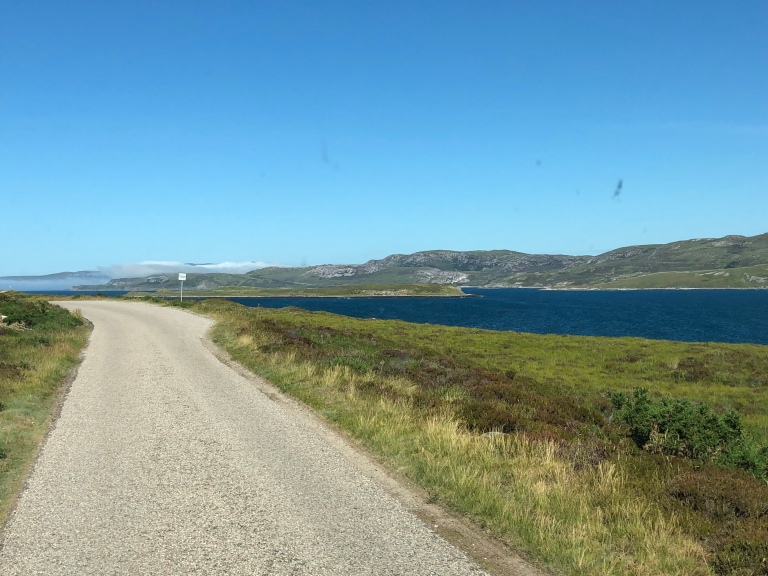 Notice the cloud forming in the distance. 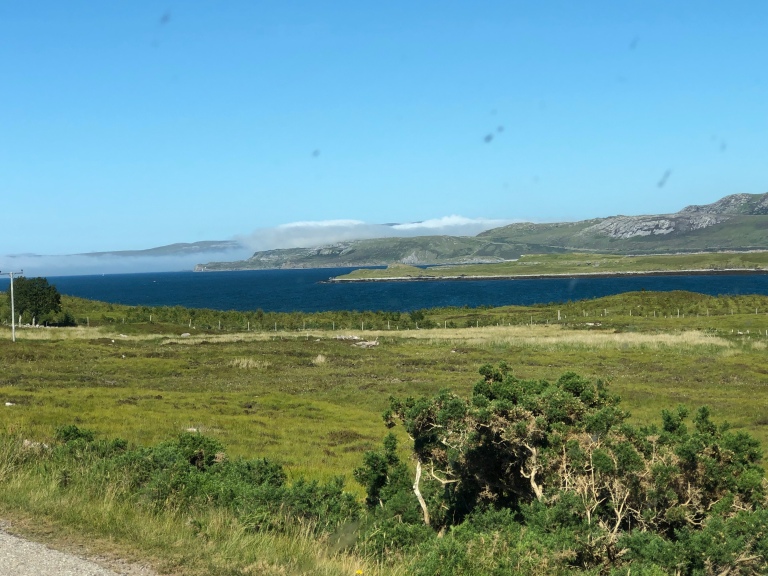 Someone has a lot of spare time.

Notice the cloud again. It’s travelling up the Tongue. It’s a result of the hot air of the land meeting the cold air from the water.

That cloud is getting bigger.

Now it’s beginning to spread onto the land. 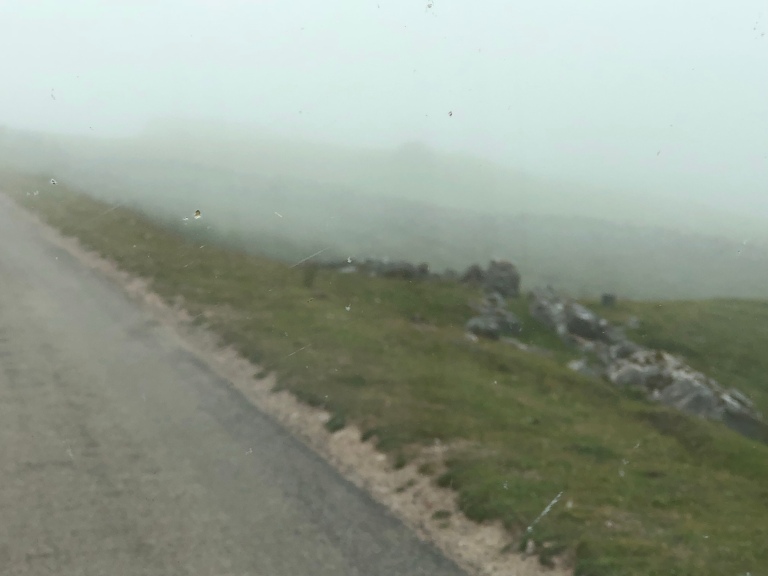 Lucky we are only a couple of miles from the camp ground. Would not like to travel too far in this.