Well had the alarm set for 6.00am, as we had to catch the ferry to the Orkney Islands. Wouldn’t you know it, Jono and Merryn rang at 5.00am. Great to hear from them, but can’t they read an international clock? They are enjoying their travels in Canada, and they say they have only seen 13 bears.

Phone call over, showers and on the road for the 20 mile drive, which took 50 minutes, to the car ferry terminal at Scrabster. Needed to be there a hour before the departure time 8.45. 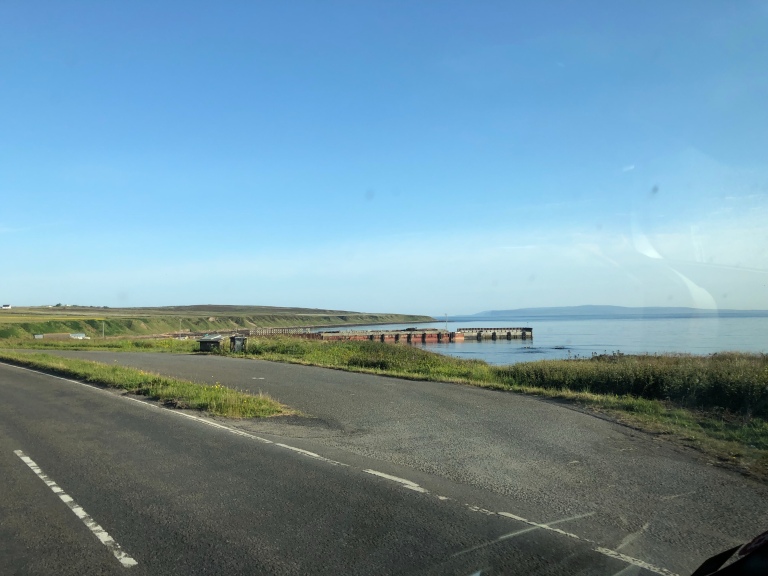 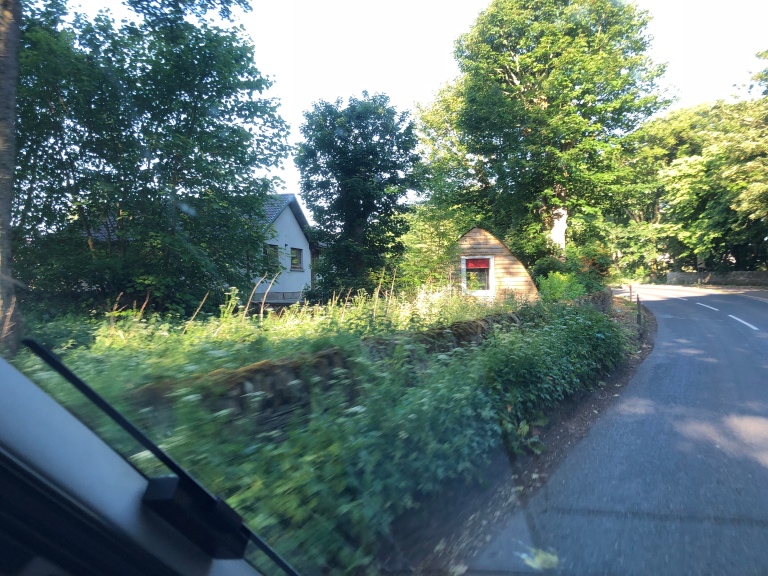 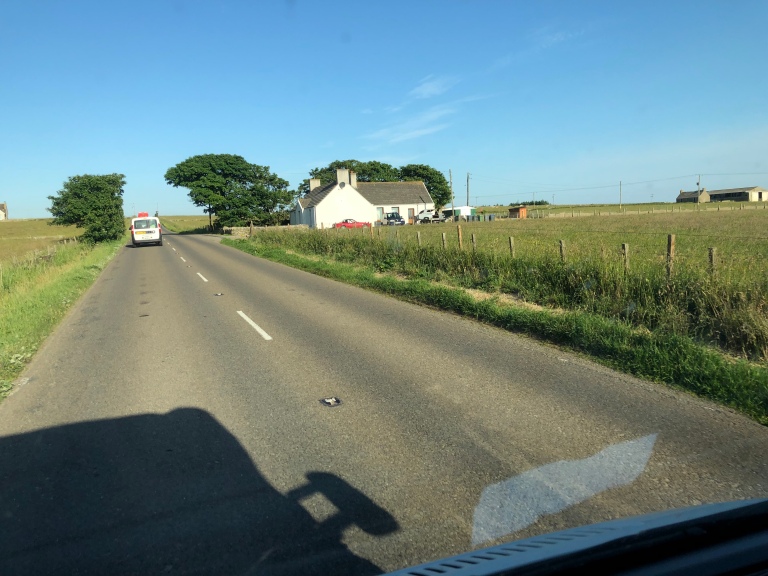 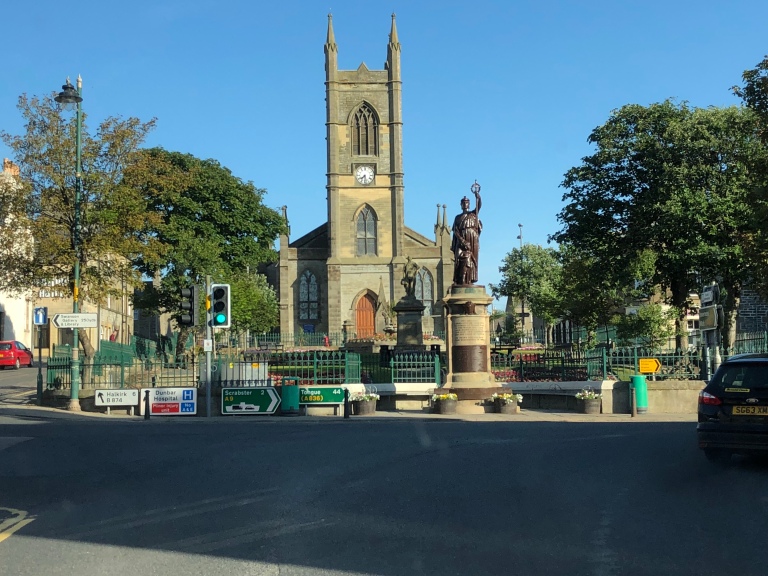 Onto the ferry , leaving Scotland behind, 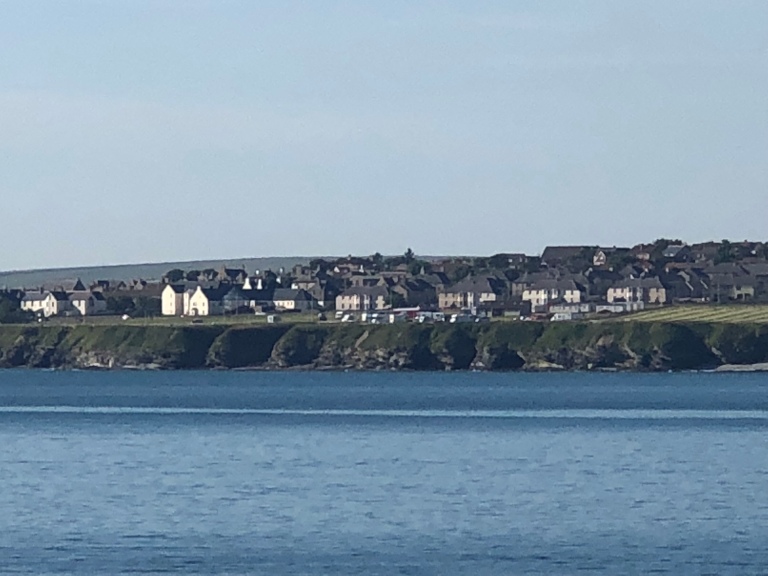 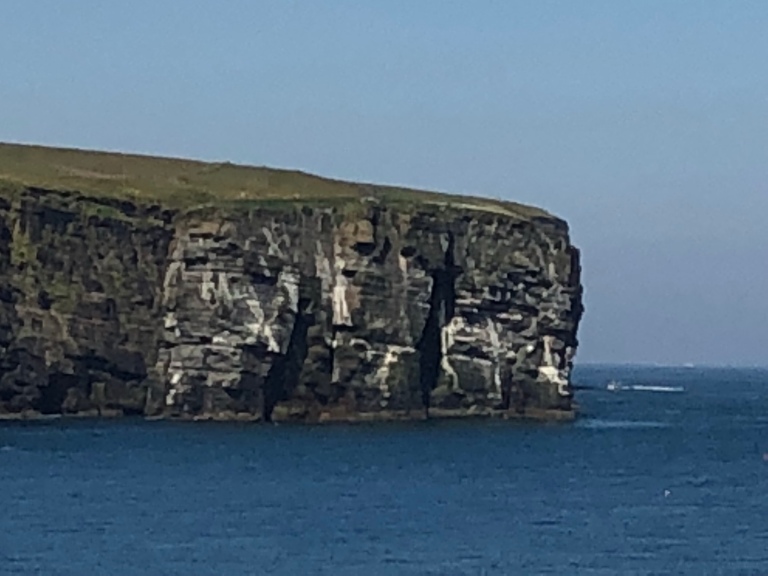 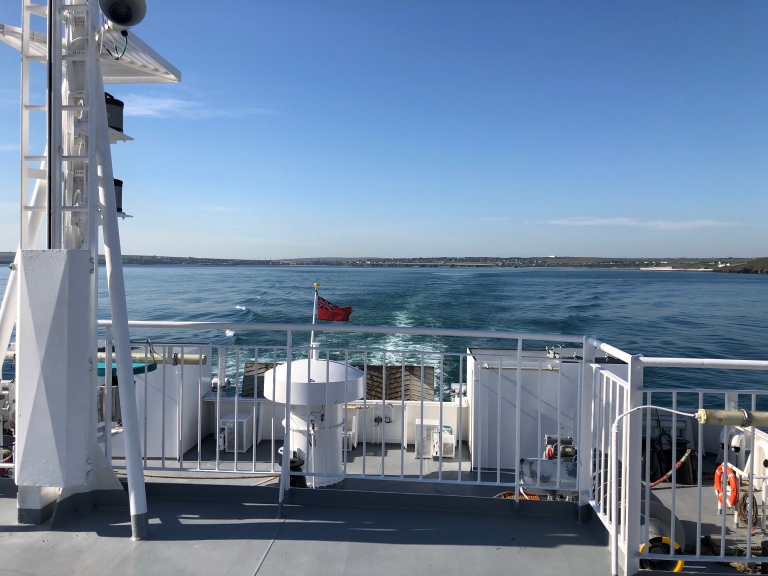 for the 90 minute sail across the Pentland Firth to dock at Stromness in the Orkneys. 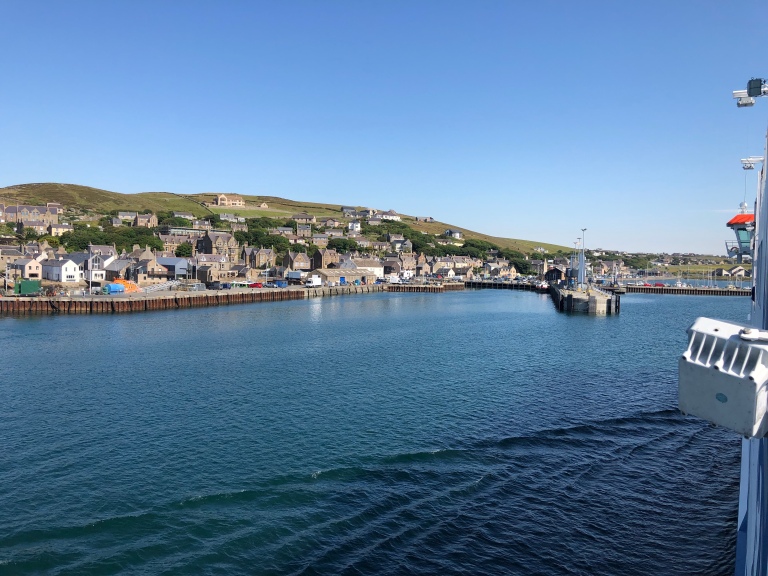 Off the ferry and five miles down the road we stopped at the Brodgar Nature Reserve. Here can be found some of the finest Neolithic to Bronze Age sites in Europe.

The first being the Standing Stones of Stennes, thought to be the worlds earliest standing stone circle, was probably in use as a ceremonial site around 3,100BC. There are only three of the original twelve making the circle, still standing

Close by are the remains of Barnhouse Village. 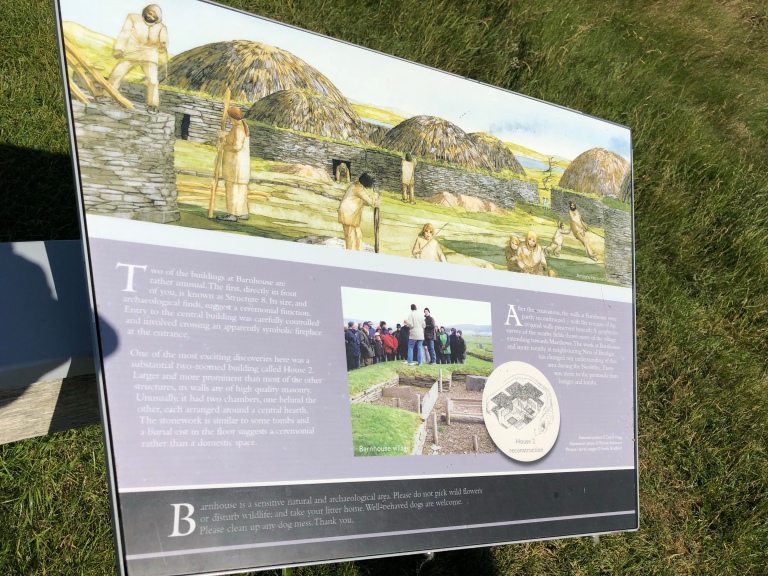 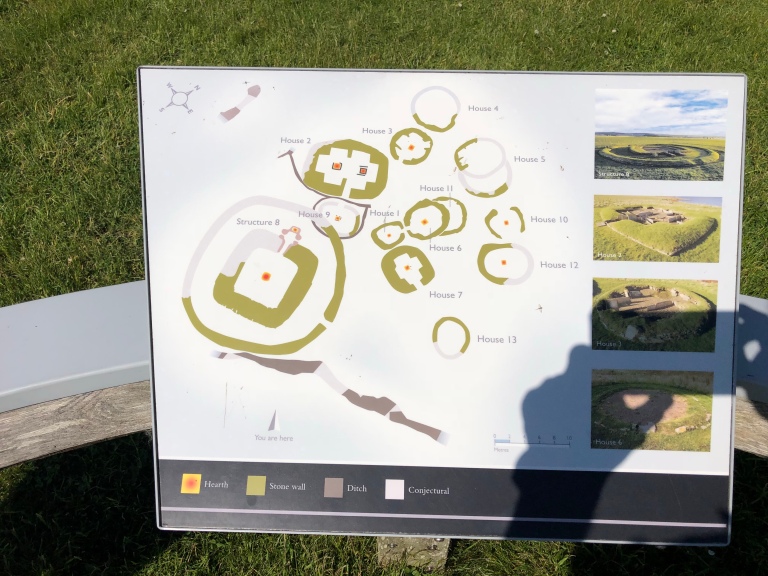 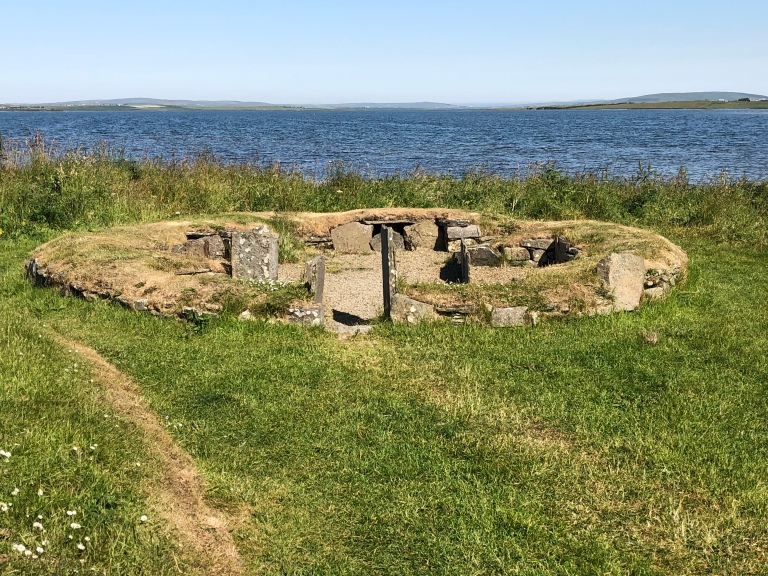 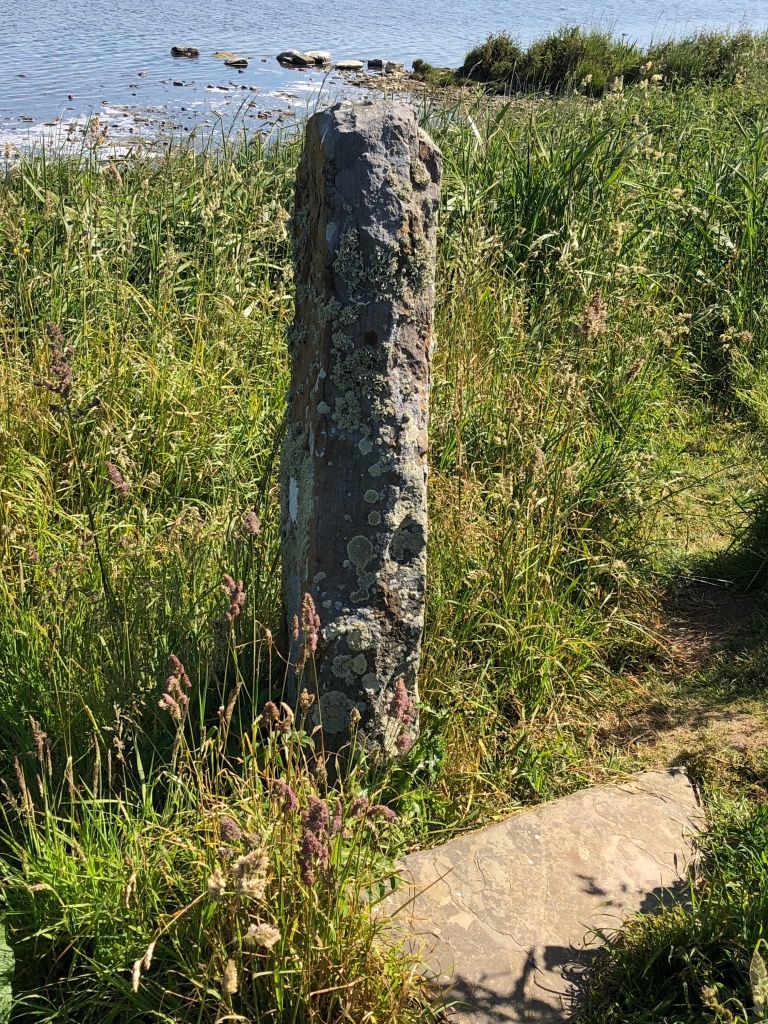 From here we headed across the small causeway past the Watchstone.

To the Ring of Brodgar, which dominates the West Mainland. This iconic ring, standing as it does in a natural amphitheatre, is thought to have been a place of ritual and ceremony. Built between 2,500 and 2,000 BC., the huge circle has 27 stones remaining. Interesting that some bear a resemblance to stone on Easter Island. 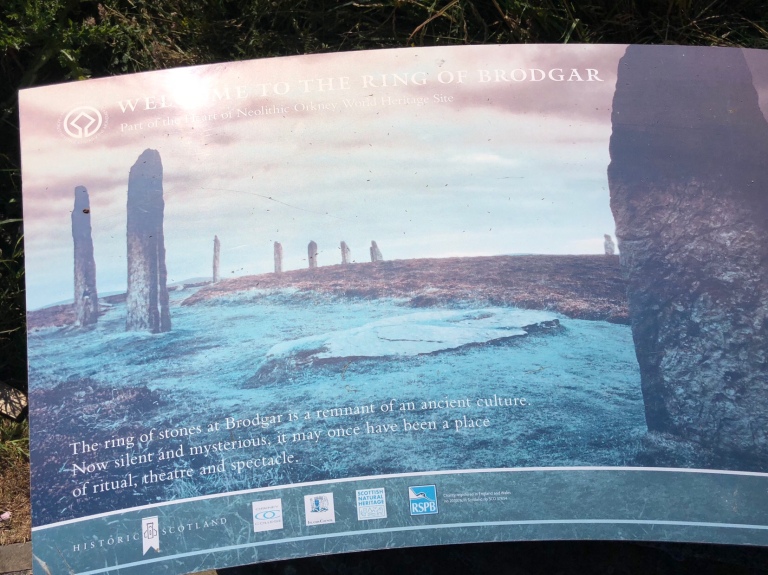 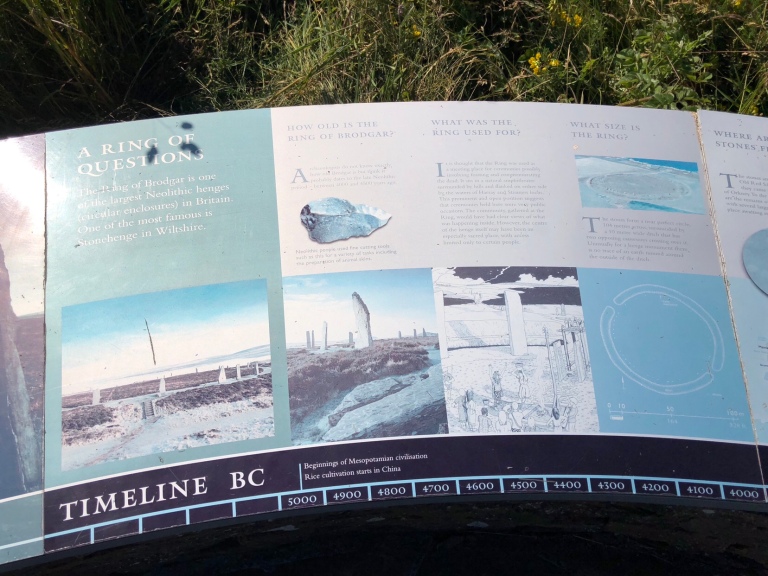 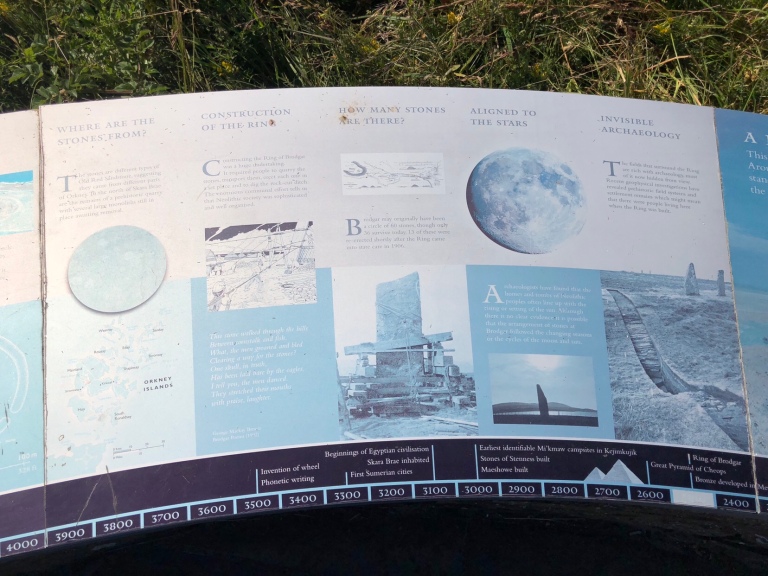 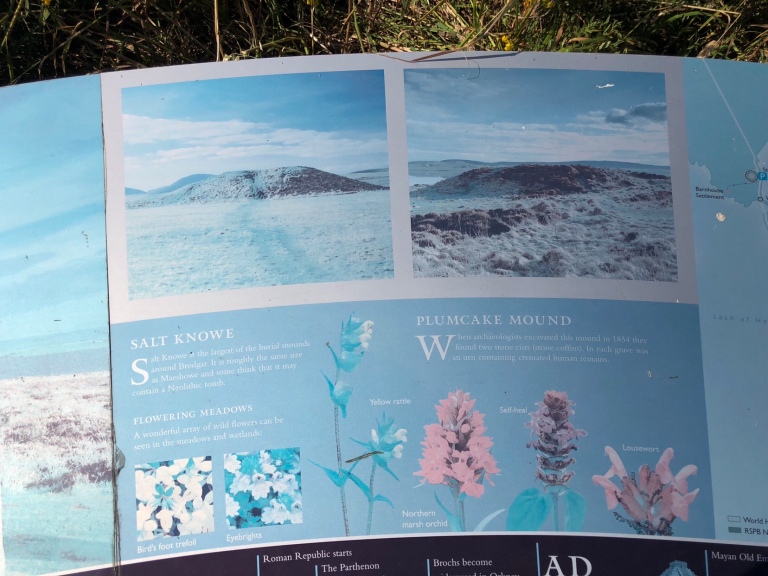 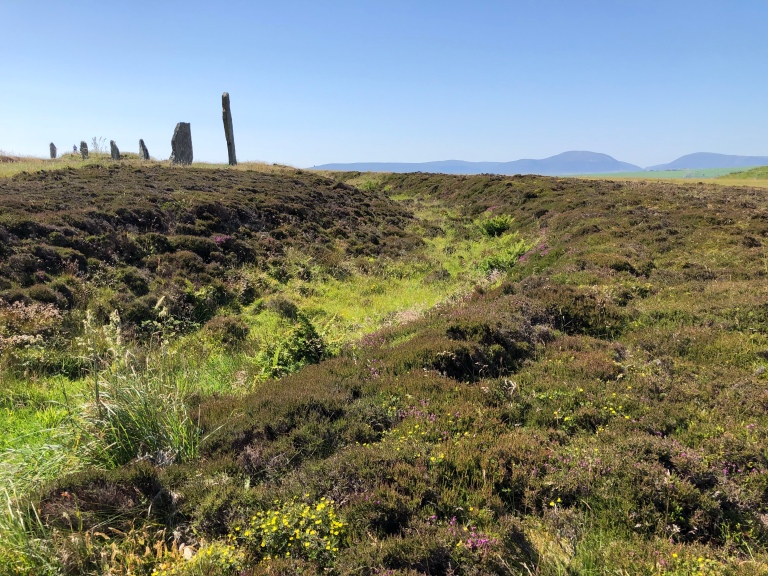 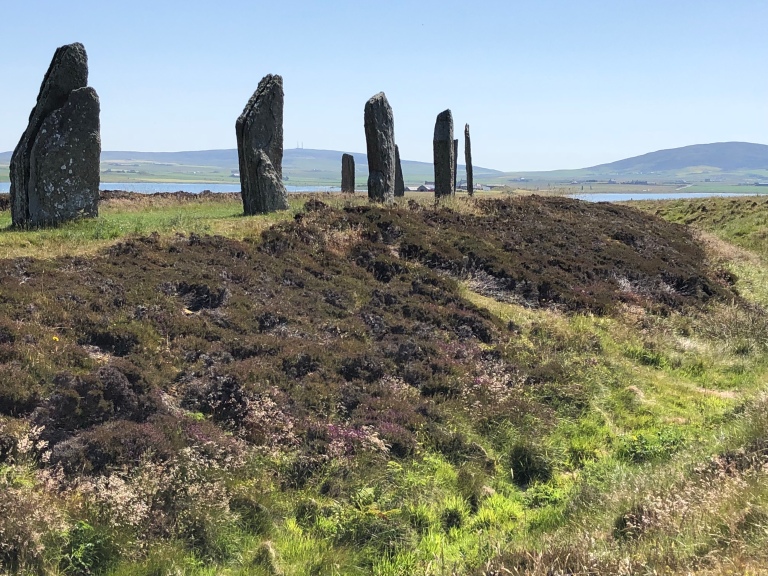 Surrounding the circle are a number of burial mounds. 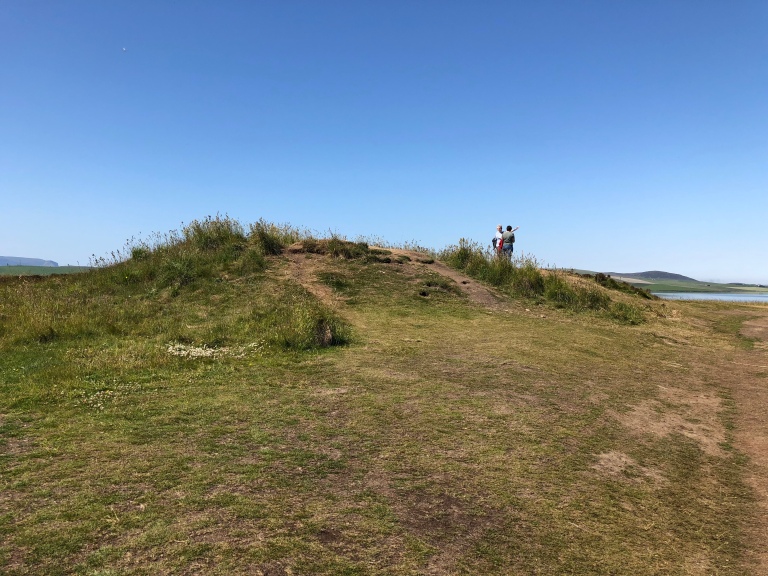 Situated between the ring and the Watchstone stands the Comet Stone.

Amazing stuff. We then headed into Kirkwell, the capital, to book into the caravan park for four days. Looks like it is going to be very exciting.