Day started early for Lynton and Gaz. We ha to drive to Manchester airport to collect Frenchie and Fin, from Australia. We had organized weeks earlier that we would meet Sarah and Su in York for her birthday, but on the way to the airport, we heard on the radio the York was flooded. Change of plans,  on to airport and then back to NETTLETON. Lunch at the Caistor gallery and then think up a story as to how we would get Sarah to the restaurant near the Humber bridge.

My partner in crime decided to invent the story that we would be able to see the northern lights from near the bridge. The fact that we had to drive over the top of the Lincolnshire wolds was not even considered. It was pitch black and if we were going to see the lights, it would have been there.

Lynton and I with Finn and Frenchie followed by Sarah and Su. Arrived at the restaurant on the Humber River and Sarah was not comfortable with using their car park if we were only looking at the lights. Lynton then had to tell her that we were here to celebrate her birthday. I think I heard a couple of words slip from SJ’s lips. 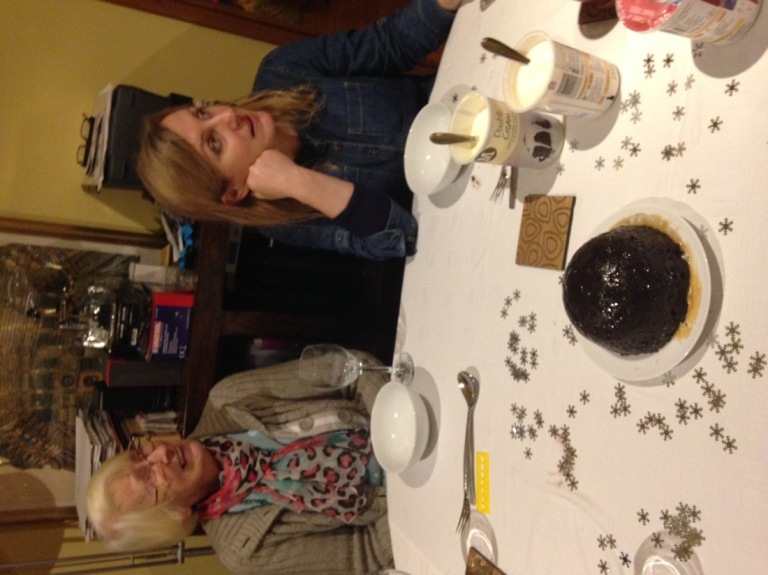 Shortly afterwards Sarah’s mum and sister arrived, as did Sarah’s friend Amina, whom we had organized this with weeks ago. What a great night.🎉🎉🎉🎉🎉😘😘😘😘😘🎂